When Michelle King, along with her husband, Robert, was Emmy nominated for the first time — for The Good Wife in 2010 — the co-creator received a call from a female agent at her agency, Paradigm, urging her to contact Hollywood style whisperer Dana Asher Levine. “She said, ‘Do you have a pen? She is going to help you find an Emmys dress,’ ” recalls King, who ventured beyond her comfort zone with a black Carolina Herrera gown. “I had never worn anything that fancy, so Dana was very helpful in getting me over my concerns about that,” she says. “When I wear clothes that Dana chooses, people say, ‘Wow, you look great!’ Not that I looked terrible before, but it’s a step up.”

On a daily basis, Asher Levine delivers sartorial confidence boosts to Hollywood female executives. Client Shonda Rhimes — the creator of ABC’s TGIT shows who recently launched lifestyle website Shondaland.com — explains how she came to rely on Asher Levine’s services: “You know how there are those times when you’re like, ‘Am I even supposed to be here? Like, why am I amongst those people?’ There have been times when that’s occurred, and Dana has put together the right things, sometimes at a moment’s notice — because she always brings backup clothes — that allow you to feel like you can stand in this room.”

Since 2002, when Asher Levine launched her styling business, Dhstyle Inc. — arguably the most influential of its kind in Hollywood — much has changed on the industry style­scape. “When I first started working, it was very much about [wearing] a pantsuit, a skirt suit — it was all very masculine lines,” says Asher Levine’s longest-running client, Fox Television Group chair and CEO Dana Walden, who initially prioritized fashion only as a way to blend into a traditionally male-dominated world. “Today, there are women at virtually every level of all the bigger companies, and I think women are feeling more able to dress as an individual and to preserve femininity in how they dress.” 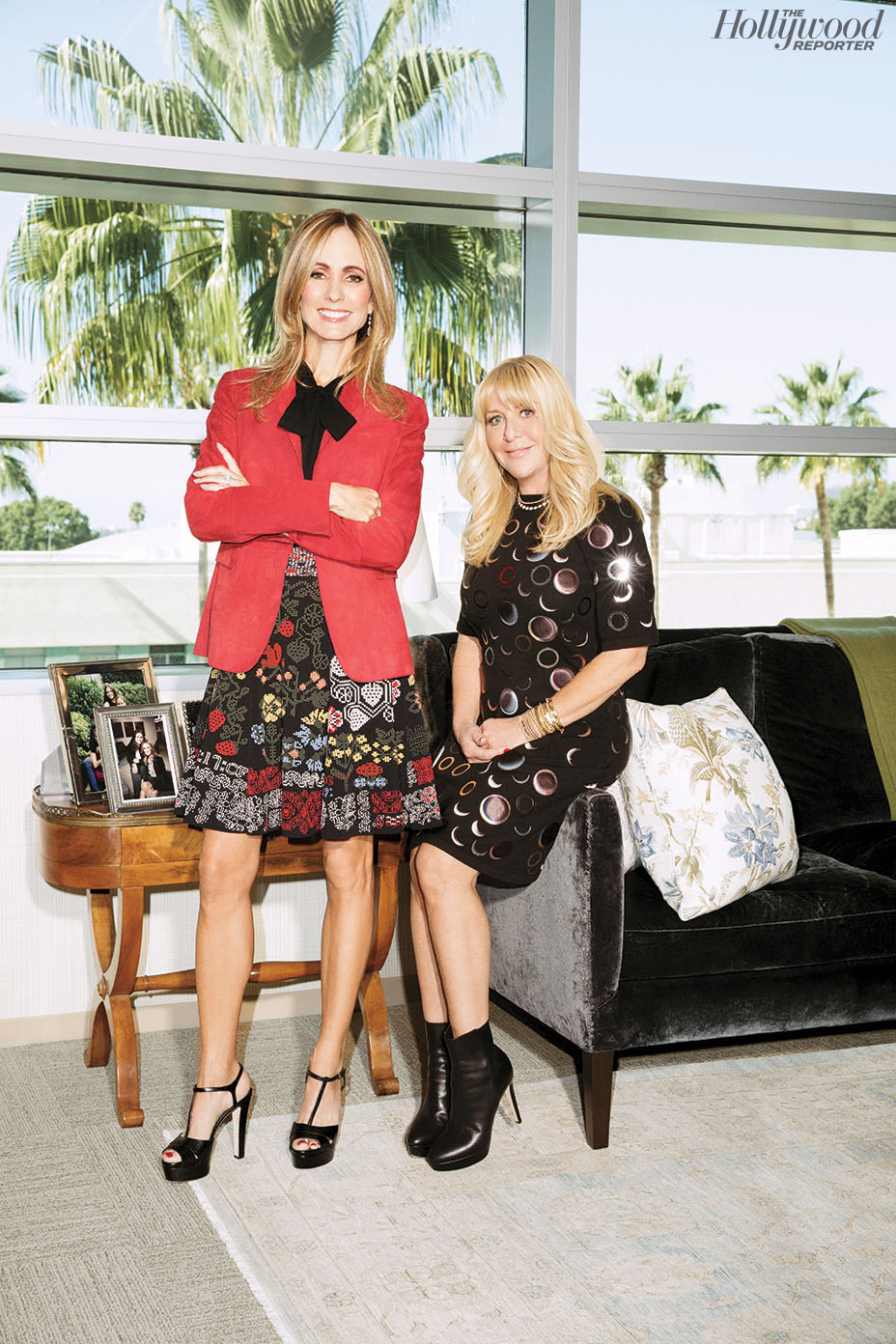 The fine line between individuality and professionalism is one that Asher Levine helps the town’s top female powers navigate. “You want to be seen as a professional woman who has a job to do, who’s smart, who is running a business,” says Rhimes. “It’s important to me to feel like that aspect is being seen, like I’m not a pretty object to look at.” Adds Asher Levine, who also counts as clients Fox Searchlight Pictures president Nancy Utley, Platform One Media creative consultant Julia Franz and Oscar-nominated Straight Outta Compton co-screenwriter Andrea Berloff, among many others: “I’m like a lawyer with clothes. I’m going to go out and spend the least amount of time getting you the most amount of stuff I possibly can to make you look great.”

Her choices for a well-rounded executive wardrobe take clients from the C-suite to the red carpet, as well as film festivals, charity galas and public appearances. Many of these industry insiders also are juggling parenting duties. “Years ago I realized I didn’t have the right clothes for the hundreds of events I go to in my role at Searchlight,” says Utley. “As a busy working mom, I was ordering stuff online that didn’t fit, or grabbing stuff off the rack when shopping for my daughters. She taught me what looks good and that I needed and deserved to pay a little attention to myself.” Adds Franz: “I first started working with Dana after I gave birth to my first child in 2003. Dana Walden recommended her, and it was a great piece of advice. It was a time-management decision because I didn’t want to take time away from my son on the weekends to shop for work clothes.”

Asher Levine, 54, says her studio and network clients have a specific goal when it comes to professional presentation. “The corporate exec is trying to be approachable to all, to the advertisers, to the writers, to her employees, to [Rupert] Murdoch,” says the stylist. “My executives like Dana Walden and Nancy Utley want to be relatable and not [come across] like, ‘Oh, my God, she spent so much money on that outfit.’ “

When it comes to dressing as a creative executive, form follows function. “There are different needs and means when you’re working in a writers office or going to the set,” says King. “It’s not about trying to impress people who could potentially promote you. It’s a lot more, ‘Will these shoes get me through the day, and will this be a warm-enough jacket?’ Dana’s helped me with everything — different jackets and boots — which I might have not realized were terrific.”

For a one-time fitting for an event such as the Emmys, Asher Levine’s services run from $2,000 to $3,000 (plus cost of outfit), including shopping, borrowing jewels and unlimited fittings. A closet makeover starts from $1,500 to $3,000, plus the cost of the clothes, and encompasses an overhaul of wardrobe basics — five or six interchangeable outfits, shoes, cardigans and a leather jacket.

The majority of Asher Levine’s purchases are made at Nordstrom, Saks Fifth Avenue, Elyse Walker, Neiman Marcus and on Rodeo Drive, where she’ll drop from $350,000 to $500,000 a month on behalf of a rotating roster of 15 to 20 clients. That doesn’t mean that affordable price points are out of the question. Says Utley: “I was relieved to find that Dana would shop at sales.”

A Hollywood Stylist's Guide to Dressing Creative and Corporate Execs

Walden says that before meeting Asher Levine when she was in need of a dress for the 2002 Emmys, “I had no clothes that fit me because I was pregnant, and I wanted to cry because I had no time.” In desperation, the Fox chief turned to then-up-and-coming event planner Mindy Weiss — who oversees the studio’s annual Emmys party — and was steered in the direction of Weiss’ aspiring stylist sister. Asher Levine came to the rescue with a Missoni number. “That began a very long and successful relationship, both personal and professional, with Dana,” says Walden.

At the time, Asher Levine — who had worked stints at garment showrooms and in an administrative role at downtown Los Angeles’ Fashion Institute of Design & Merchandising — was a mother of three in the midst of a failing marriage, and she was looking for ways to support her family. Eldest sister Jaye Eigler was launching her retail business (she went on to open the now-shuttered West Los Angeles clothing boutique Intuition) and enlisted Asher Levine’s help with selling clothes at house parties. “All my friends would come over and go shopping” after Mommy and Me meetings, says Asher Levine, and a fellow mother who admired her style asked her to go shopping on her behalf. That gig, plus the meeting with Walden, helped the L.A. native get her business off the ground.

The bond between a stylist and her clients goes beyond clothes and dressing for events. When Asher Levine was struggling to find her footing after the divorce, she found support among her sympathetic clients. “One paid for a month’s rent; another bought me furniture from Ikea,” she says. (Shortly thereafter, Asher Levine met her current husband, periodontist David Levine.)

Asher Levine describes her role as a “clothing therapist,” in which she respects her clients’ individual senses of style, budgets and comfort zones. “[I’m not] trying to make them all look like Nicole Richie,” says the stylist, whose clients tend to fall in the 40-and-up age bracket. Says Franz: “She gets to know you personally and then finds a style for you that fits who you are. She’s honest and will tell you if something doesn’t look good or isn’t worth the money.”

The sentiment is echoed by many of the stylist’s clients, including Rhimes. “Dana has taught me to be adventurous and creative about [style], to not feel like I had to follow anybody else’s rules,” says the showrunner, who was introduced to Asher Levine by her agent, ICM Partners’ Chris Silbermann (husband to Franz), right before Grey’s Anatomy hit the air in 2005.

“He said, ‘You need to take care of this lady. You’re going to make her try on clothes. She is not going to like you, she is not going to be nice to you, but you just have to do it,’ ” remembers Asher Levine, who taught a fashion-averse Rhimes how to dress for her plus-size body type (since then, she has undergone significant weight loss). Asher Levine recalls, “I was like, ‘You look much more approachable when you’re not wearing a muumuu all the time.’ There are ways to look professional without hiding your figure.”

“Dana knows at this point, almost better than I do, what will fit me right, what will be comfortable on me, what I will have the least amount of stuff to do after I buy it in terms of alterations, etc.,” says Walden. “I just want an easy process and an efficient one. And Dana gets that. She does not waste my time.”

Rhimes says of her style freedom in Hollywood, “I’ve seen creative people wear the equivalent of a bathrobe, jeans, a ripped-up shirt, and they go to a meeting, and everyone’s fine with it, because they’re creative. Executives would be thought of as slightly crazy. But a creative can wear anything from a beautiful, expensive dress and perfect heels, to old jeans and a T-shirt. You can do anything.” 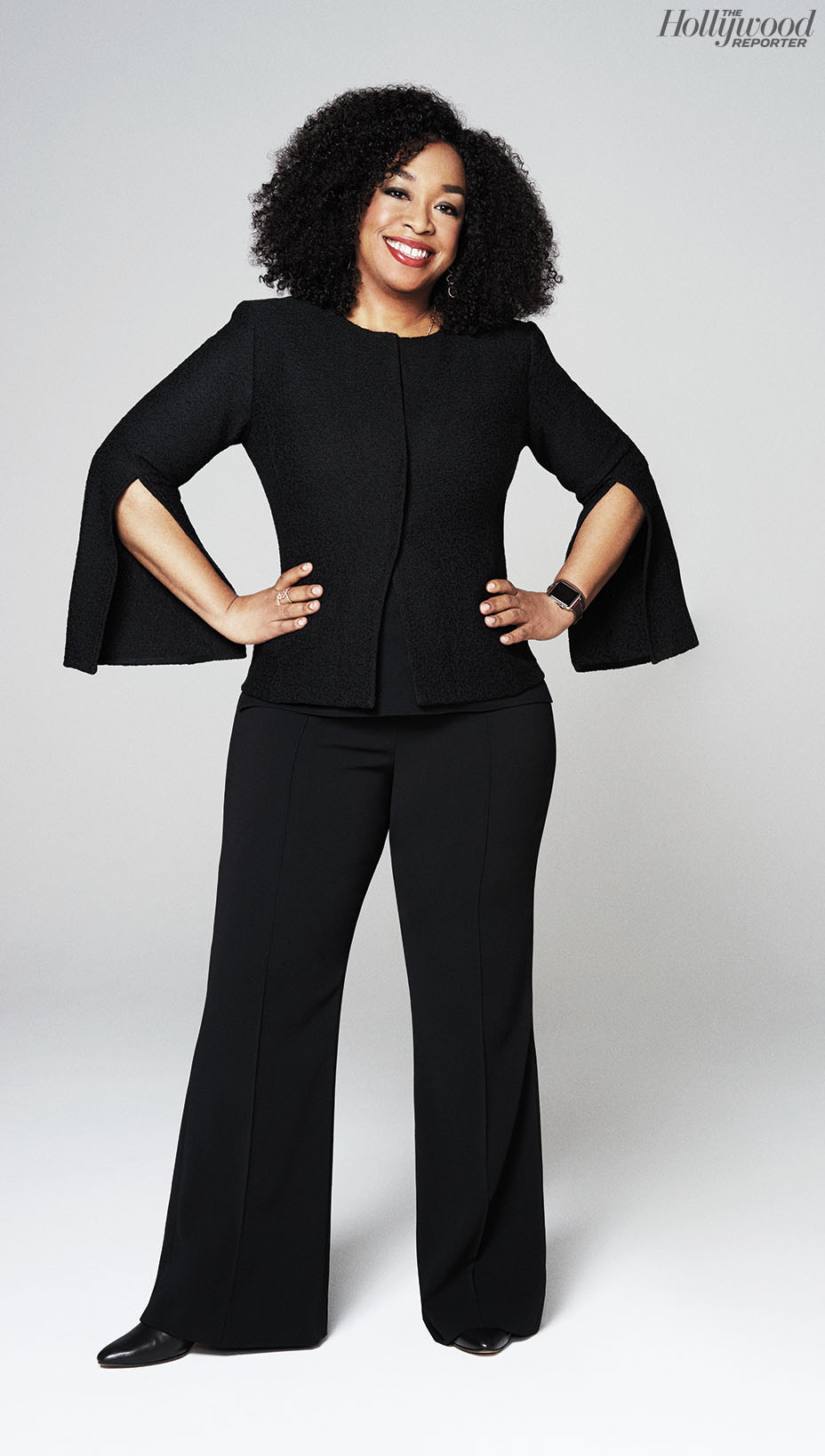 “Executives are behind the scenes,” says Walden. “We don’t need to be showy. It’s about looking professional, feeling good, being dressed appropriately for any event. I’m always looking for a timeless, easy, classic look I can wear a decade later.” 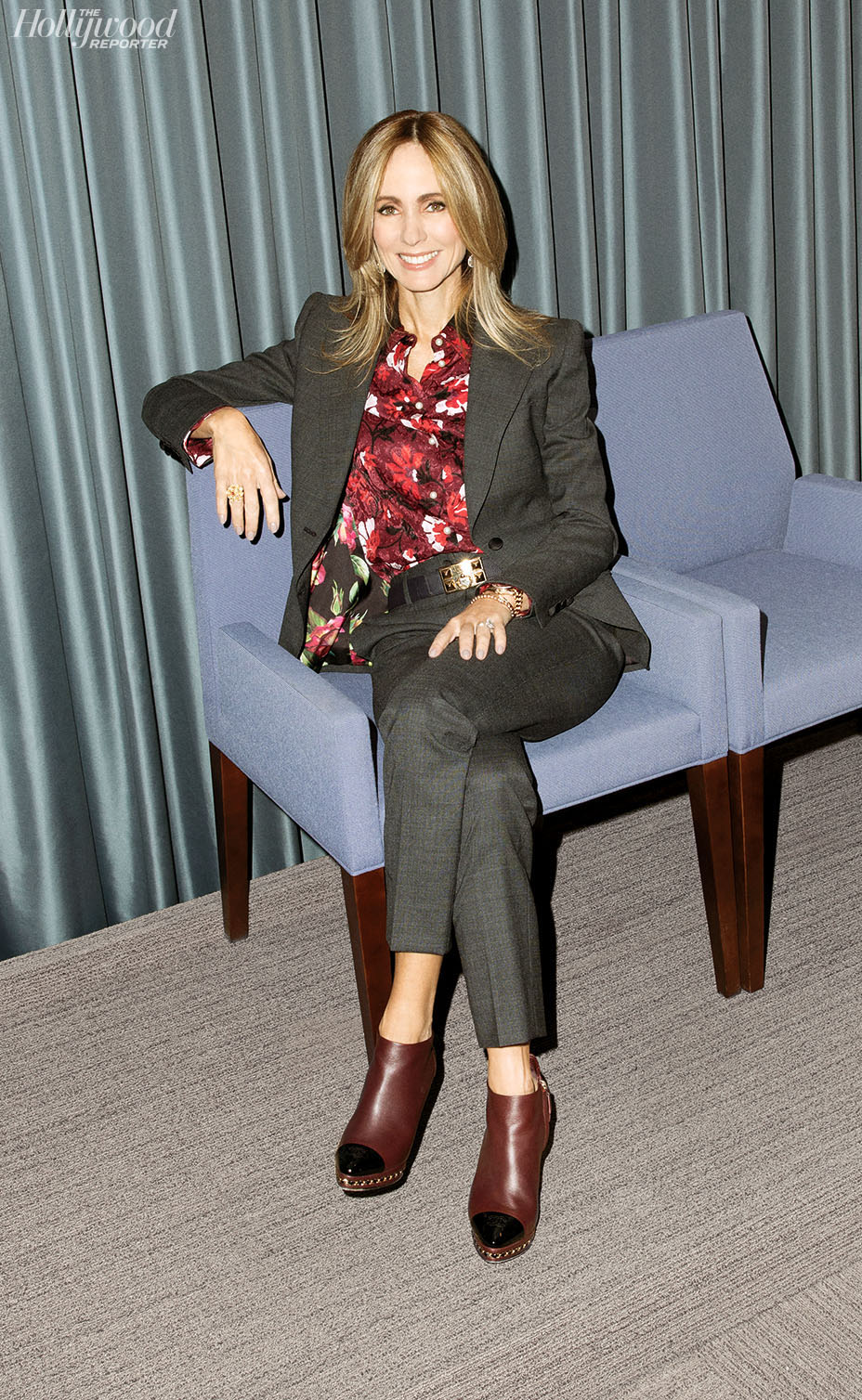