Judah Lang is on a mission. The SoHo, Manhattan-bred talent is already a fashion darling whose striking, port wine-stain birthmark and too-cool mystique have earned him appearances in ASAP Mob’s 2017 RAF video, an ode to Belgian designer Raf Simons, and campaigns for Saint Laurent and Versace. Now the 19-year-old is trying his hand at Hollywood with his first role in Crystal Moselle’s Skate Kitchen, in theaters Friday.

“I don’t think it was your typical set, but I learned a lot,” Lang says of the “super fun” dynamic between the young cast. “It was all these kids. I knew a lot of them low-key, just from the city. I really didn’t know what to expect, but we had party scenes and everyone was just getting lit. It was mostly an improv thing, and I enjoyed that because I was just sitting there, reacting to these people.” 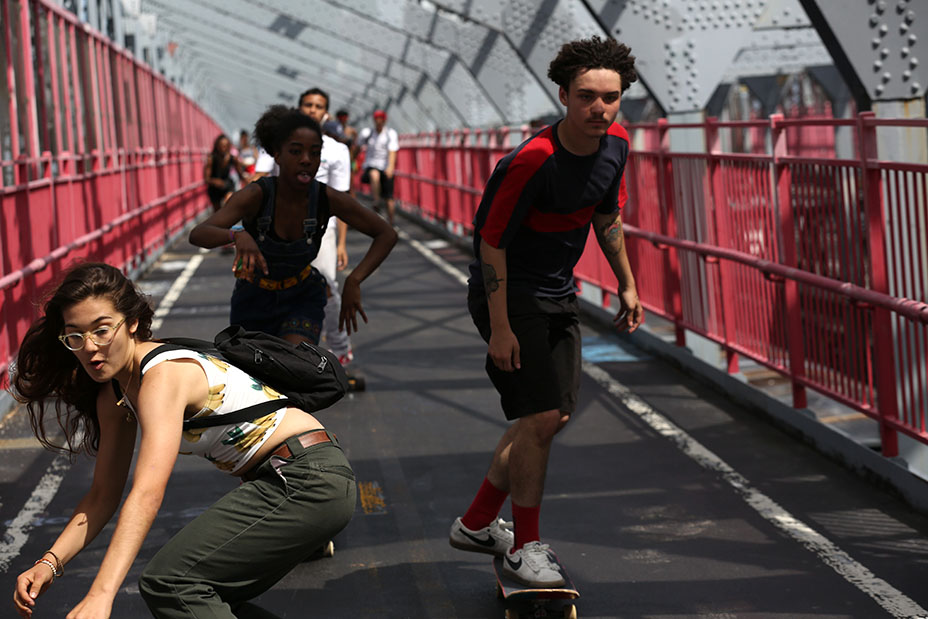 During filming, Lang even tried to start a rap battle with Smith to no avail. “He’s cool. We chatted and he was asking me questions about how it be out here on the streets as a New York kid,” he cracks. “I went up to him and was like, ‘Yo, let’s freestyle,’ but he didn’t really wanna battle me, which makes sense. But then I freestyled in front of him.”

Lang was first discovered on the subway back in 2015 by manager Aaron Bakalar, whose hip talent firm The Collaborative Agency has repped the likes of Francis Ford Coppola’s granddaughter Gia and Alexander Wang model Lucien Smith. A month after their chance meeting, Lang — then 16 — landed a “Le Smoking” campaign for Saint Laurent Paris, photographed by designer Hedi Slimane.

“My family and I, we didn’t know who Hedi was, so we looked him up,” Lang reflects. “Once I got shot by Hedi, though, a bunch of people in my school came up to me like, ‘Yo! You got shot by Hedi?! Did he say anything to you?’”

The major spot was a humbling debut for the then-high schooler, who at the time was still exploring his potential. “I was captain of the hip-hop club at my school. I was in a theater troupe, we did Through The Looking Glass,” he says. “I wasn’t trying to blow it up as a career, I did it just because I was enjoying it.”

In middle school, Lang was bullied alongside fellow theater kids. They were accused of “being fake, like ‘the character you’re putting on is fake,” he explains. “But that’s wrong … I made the decision early on, if everything’s all characters, why can’t I just be good at it, why can’t I commit?” 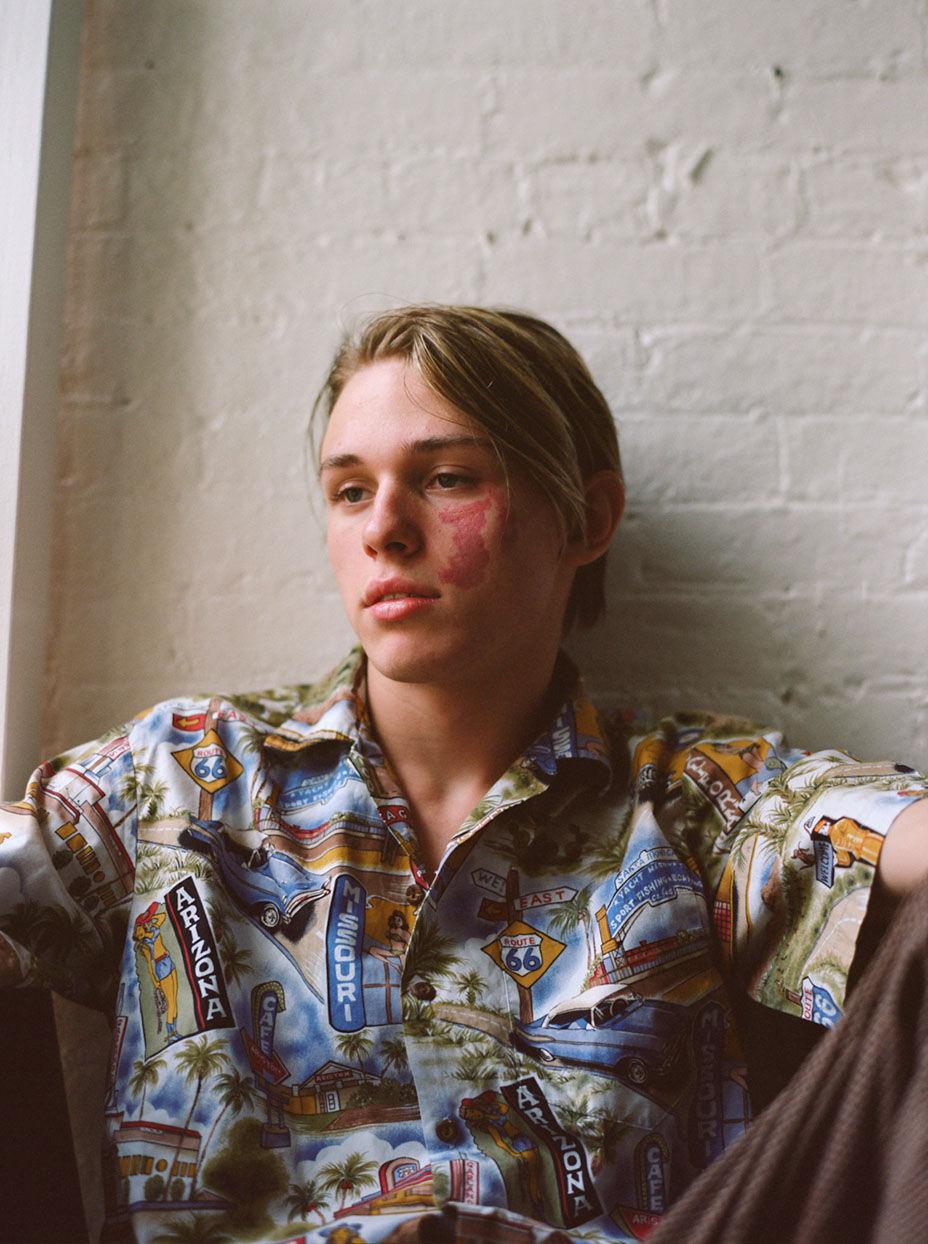 Lang’s parents nurtured his talents from a young age. His mother Suzanne Bocanegran is a multi-dimensional artist whose expansive works have appeared at the Museum of Modern Art and Brooklyn Academy of Music. His father is the Pulitzer-winning composer David Lang, whose “Simple Song #3,” written as part of the score for the film Youth by Paolo Sorrentino, was nominated for a 2016 Academy Award for best original song.

“My parents built a theater in our house. … They’d put on a bunch of Samuel Beckett plays,” he says. “When I was younger, I loved improv. I was that kid who would strip naked for ‘Park Bench’ — this improv game where you have to creep somebody out. I loved that game and I’d go so hard! Improv games made me fall in love with acting.” 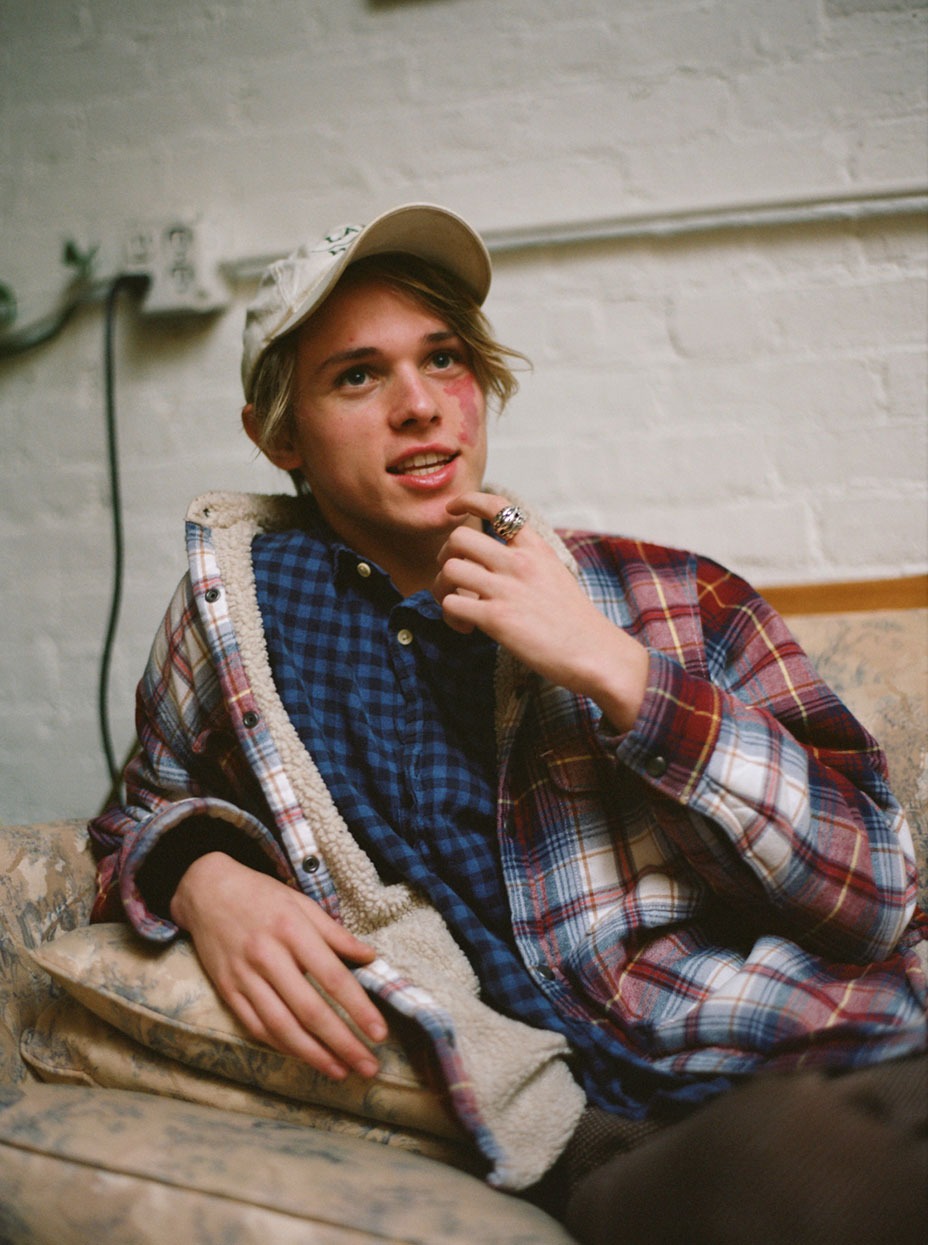 As his debut film role showcases, Lang’s musical talents are another asset for the young star, who has ambitions to launch a rap career under the nom de plume Judah Stax, and is a freestyling fiend, writing off-the-cuff bars in a genre he has dubbed “history-hop,” as in raps based around different icons from the past. (Hamilton, anyone?)

As for his dream co-star? “Frances McDormand,” he says. “I don’t know how you come off so regular like you’re not trying at all. She has it down to such a level. She’s fire.”

#SkateKitchen is now out in theaters!! Tell your mother, dad, aunts, friends!!!! — @dedelovelace Tickets in bio.