The dress: An abstract floral, off-the-shoulder, rose-gold taffeta brocade with shimmery golden tulle overlay tea length dress from the Spring 2017 collection of Los Angeles designer Barbara Tfank, whose ladylike styles have been worn by Michelle Obama and Adele. The collection was inspired by the magical gardens of the royal palace of Spain, the Real Alcazar de Sevilla.

The wearer: Meg Ryan, who is styled by Tabitha Simmons. The actress currently has an Epix comedy series in the works titled Picture Paris. 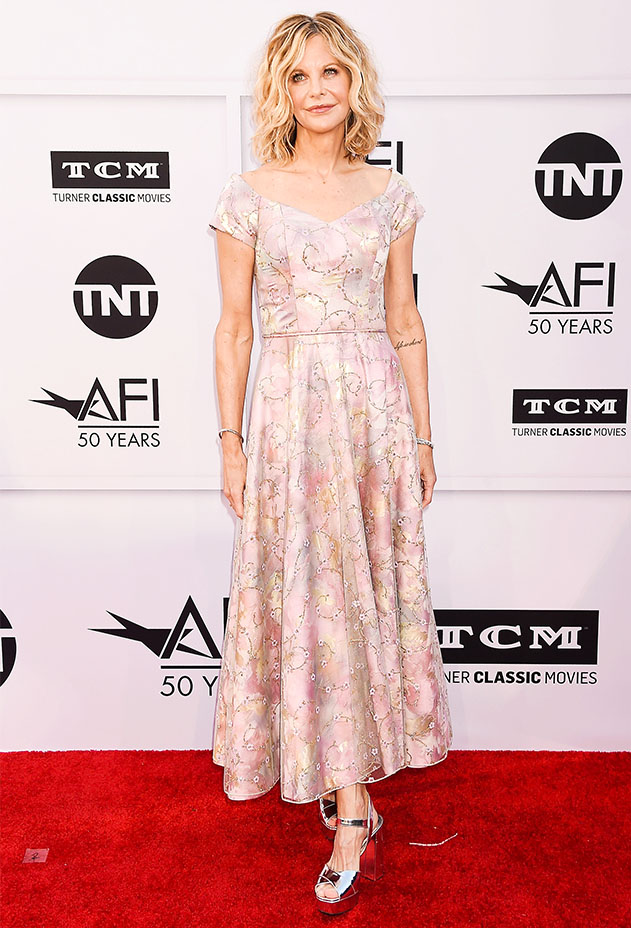 Why it matters: Tfank started her career in costume design, working on such films as A Midnight Clear and Dream Lover, for which she collaborated with Prada, blending film and fashion. In 1995, she unwittingly created the now-ubiquitous role of Oscars red carpet stylist when she put Uma Thurman in a lavender Prada gown so dazzling, it made its own headlines and forever changed the expectations for what actresses wear.

Tfank launched her own collection in 2001 and hasn’t wavered from her vision of  grown-up glamour, creating timelessly elegant styles inspired by everyone from jetsetting photographer Slim Aarons to the artist Raoul Dufy, using exquisite fabrics from mills in France and Italy. She’s an L.A. institution, born of the film industry, which makes her a perfect choice to dress Ryan for the AFI event celebrating industry giants.

Star of such ‘80s and ‘90s hits as When Harry Met Sally, You’ve Got Mail and Sleepless In Seattle, Ryan is on a red carpet roll; last week, she turned up to the Council of Fashion Designers of America Awards in New York on the arm of designer Christian Siriano and shone as bright as any Hadid, wearing his understated white sequin slip gown. 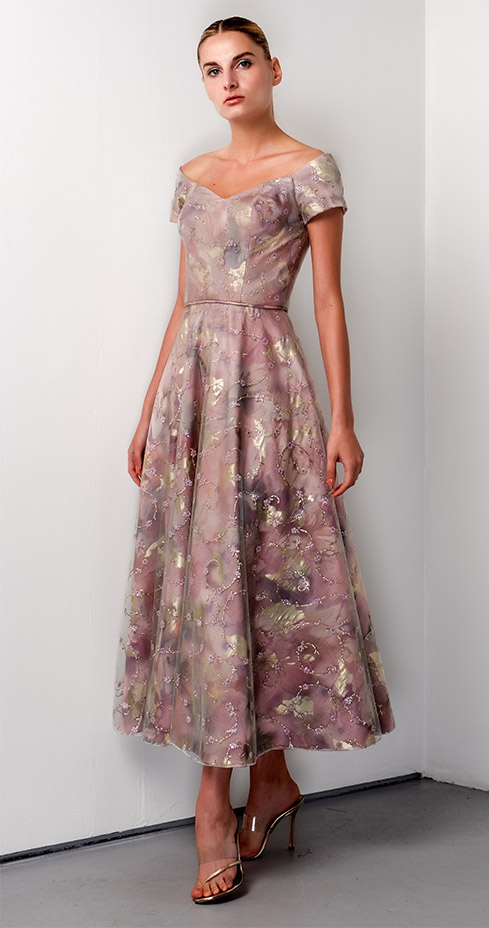