She may not be Lady Gaga or Beyonce when it comes to groundbreaking fashion  — at least not yet — but since announcing her engagement to Prince Harry last November all eyes have been on Meghan Markle’s style, and she’s been upping her game.

Like her royal peers, the California native has opted for neutral colors and traditional silhouettes that, thanks to modern details, look fresh rather than stuffy. Her latest — an interpretation of a classic pantsuit — proves her prior fashionable hits weren’t a fluke. 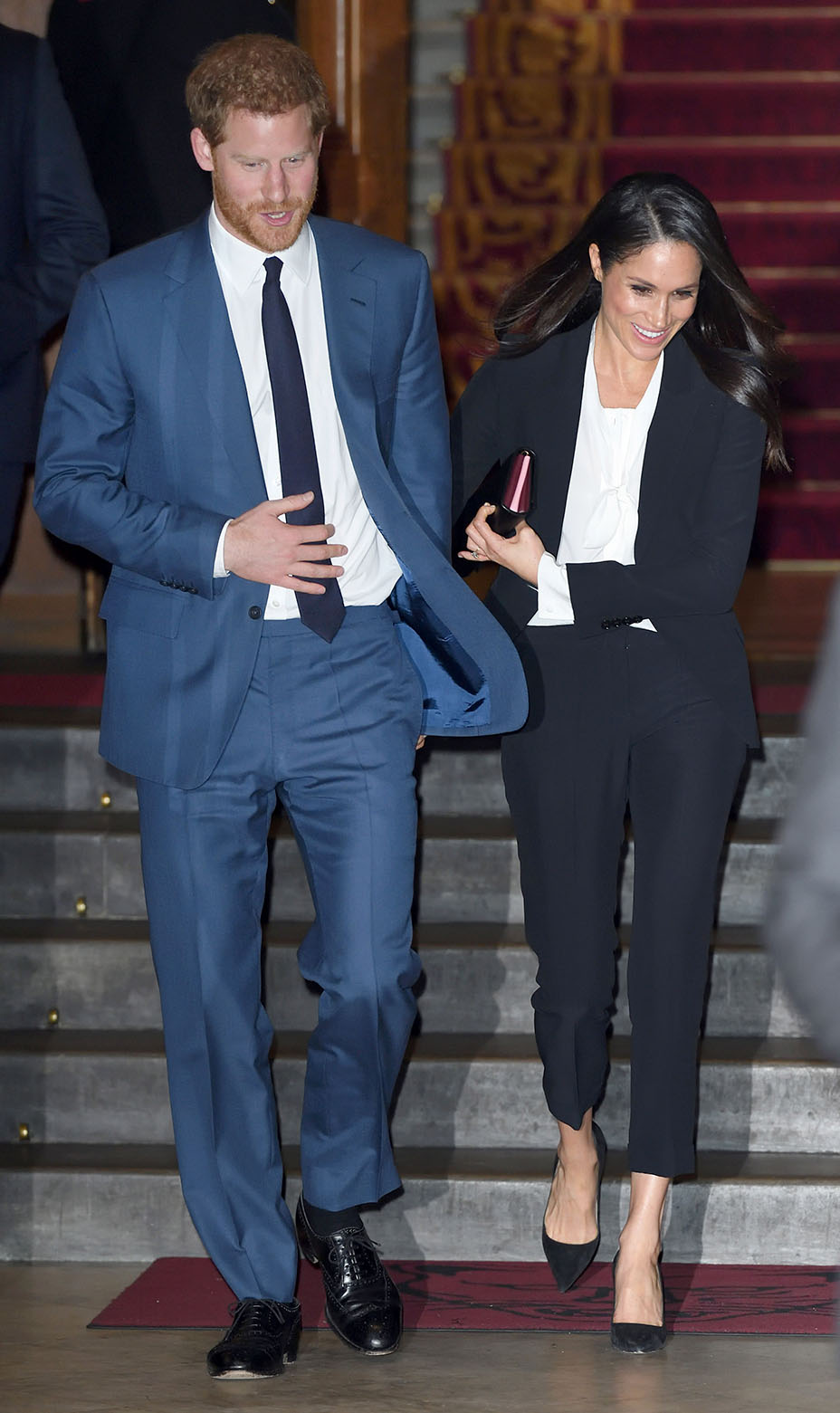 The bride-to-be attended The Endeavor Fund Awards with her betrothed in a tailored black Alexander McQueen tux with a trendy, tapered pant that was cropped inches above her black suede Manolo Blahnik pumps. She styled the look with a white Tuxe bodysuit (yes! an almost-princess in a bodysuit!) featuring a subtle pussy bow that we’d like to think was very much intentional and not a #Resistance coincidence at all.

The look held up through the event — one of Markle’s first royal duties, despite her not-quite-yet-royal status — even after a bit of an awkward hiccup during her presentation of one of the awards. Nothing deflects some nervous audience laughter like a woman looking sharp in a power tux.

As she departed the ceremony, she tucked her burgundy accented clutch under her arm as she held an umbrella in one hand and Prince Harry on the other. A true modern lady!