All eyes were on Melania Trump as she took to the podium at the U.N. General Assembly in New York on Wednesday afternoon. Addressing an audience made up of spouses of other world leaders, Melania talked about the dangers of cyberbullying, the cause she’s taken up as first lady.

Melania was hard to miss in her hot pink Delpozo coat dress, which she paired with matching Louboutin stilettos. The coat, from the Spanish brand helmed by architect turned designer Josep Font, retails for $2,950. Font is known for his fondness for strong and startling colors; he showed a collection of bright red and turquoise textiles at his New York Fashion Week presentation last week.

As eye-catching — one might even say distracting — as the coat is, detractors on social media took issue with the content of Melania’s speech, claiming that the first lady’s “do unto others as you would have them do unto you” message was ironic given her husband’s tendency to attack people on social media. Just last week, Trump retweeted a gif that appeared to show him hitting a golf ball that hit Hillary Clinton in the head. 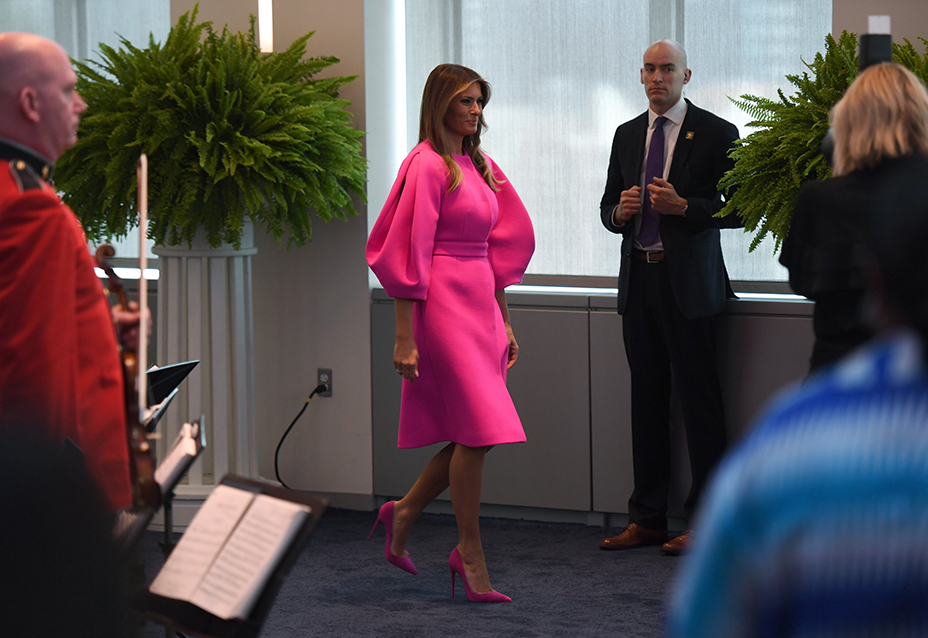 Fox News overlooked the irony of Melania’s message, and focused on criticism of the first lady’s fashion statement (some compared the oversize sleeves to Violet in Willy Wonka, others to a snuggie), insinuating that Melania herself was the victim of cyberbullying. Most recently, she was widely criticized on social media for her decision to wear stilettos while boarding a plane en route to tour the Houston flood zones.

The “shocking pink” coat, is one of a slew of coat dresses recently favored by FLOTUS, including a red Dior ensemble she wore while on a trip to Paris this summer.

Earlier in the day during the President’s speech, Melania opted for a plaid pantsuit from Raf Simon’s fall 2017 collection for Calvin Klein. The colors and cut were considerably more muted, on par with the rest of the crowd’s attire. 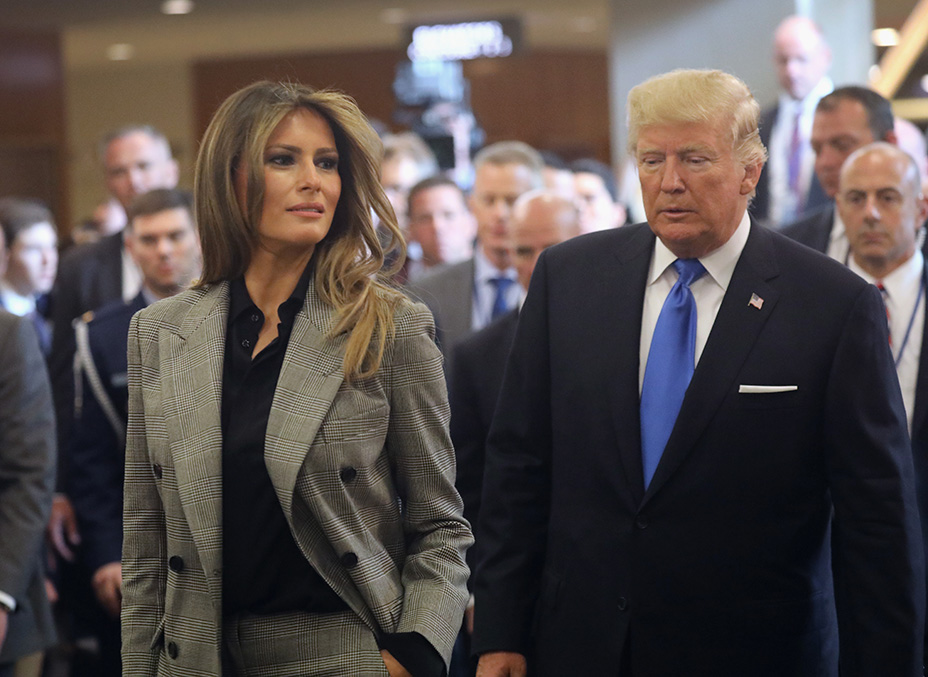