Continue to The Hollywood Reporter SKIP AD
You will be redirected back to your article in seconds
Skip to main content
June 26, 2018 4:57pm

The fashion industry reacted quickly when Melania Trump was snapped traveling to a Texas federal detention facility housing immigrant children on Thursday with a jacket bearing the wording, “I Really Don’t Care, Do U?” Hours later, brands Wildfang and Pop City introduced apparel carrying opposing messages, with nearly 100 percent of proceeds going to charity. The DNC unveiled its own $20 tee shirts emblazoned with the phrase, “We Care, We Vote, Do U?”

Melania’s off-season Zara look not only provided designers with a unique cultural moment in which they could express their resistance to federal policies, but also, several told The Hollywood Reporter, thousands of dollars to redirect to charity or to directly benefit the Democratic Party.

By Monday, Wildfang, which offers a $40 “I Really Care” tee and $98 bomber, had raised $250,000 for RAICES, the Refugee and Immigrant Center for Education and Legal Services. On Tuesday Pop City, which carries a T-shirt, racerback tank and tote, all $25, said it was preparing its first two checks for charity: $15,000 to RAICES and $15,000 for Catholic Charities USA’s Immigration & Refugee Services. And the DNC, which is not donating any of its proceeds to another cause, had accumulated over $70,000 in total sales from its $20.18 “We Care” shirt, a source told THR on Tuesday.

Wildfang has sold upwards of 4,000 units so far, while the DNC has sold 3,500 and Pop City could only offer that it had sold “thousands.” As celebrities and Instagrammers continue to wear items referencing the Zara jacket, that number continues to rise, with vendors saying orders are still coming in. 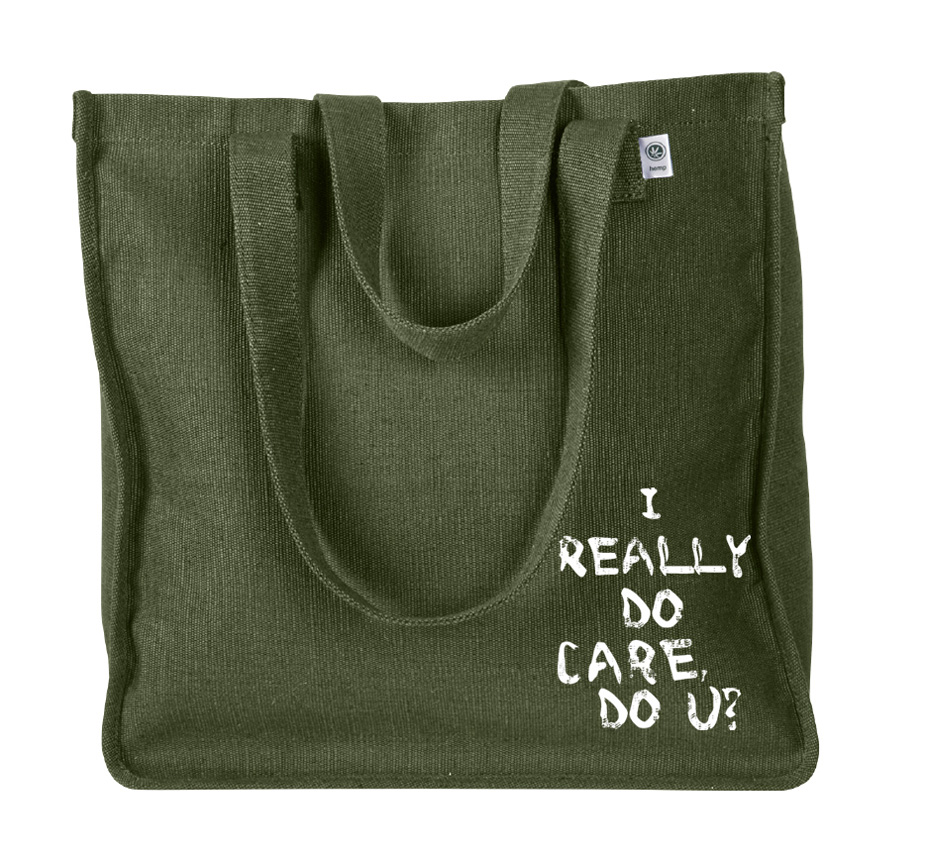 Though a spokesperson for Melania said Thursday that there was “no hidden message” in the jacket, President Trump later tweeted that the jacket “refers to the Fake News Media.” Donald said in place of the first lady, who had not commented, “Melania has learned how dishonest they are, and she truly no longer cares!”

“I’m in shock,” Rhonda Findley, the owner of Pop City, says of the demand. “What was [Melania] thinking, who knows? I guess it doesn’t matter at this point because we’re going to be able to make some differences in people’s lives.”

Findley, who owns several locations of her brand in New Orleans, says that she had closed down her stores for two days to help satisfy the demand. Her family is also flying in to help, including her 81-year-old mother and her business partner’s mother.

Findley first learned about Melania’s now-infamous jacket when her sister showed her a picture on her phone during a business trip to Dallas. “We both said, ‘T-shirt,'” Findley says, adding that her small team “rose to the occasion” to realize their interest in making the product quickly. She’s trying to get 80 percent of orders shipped by Friday. 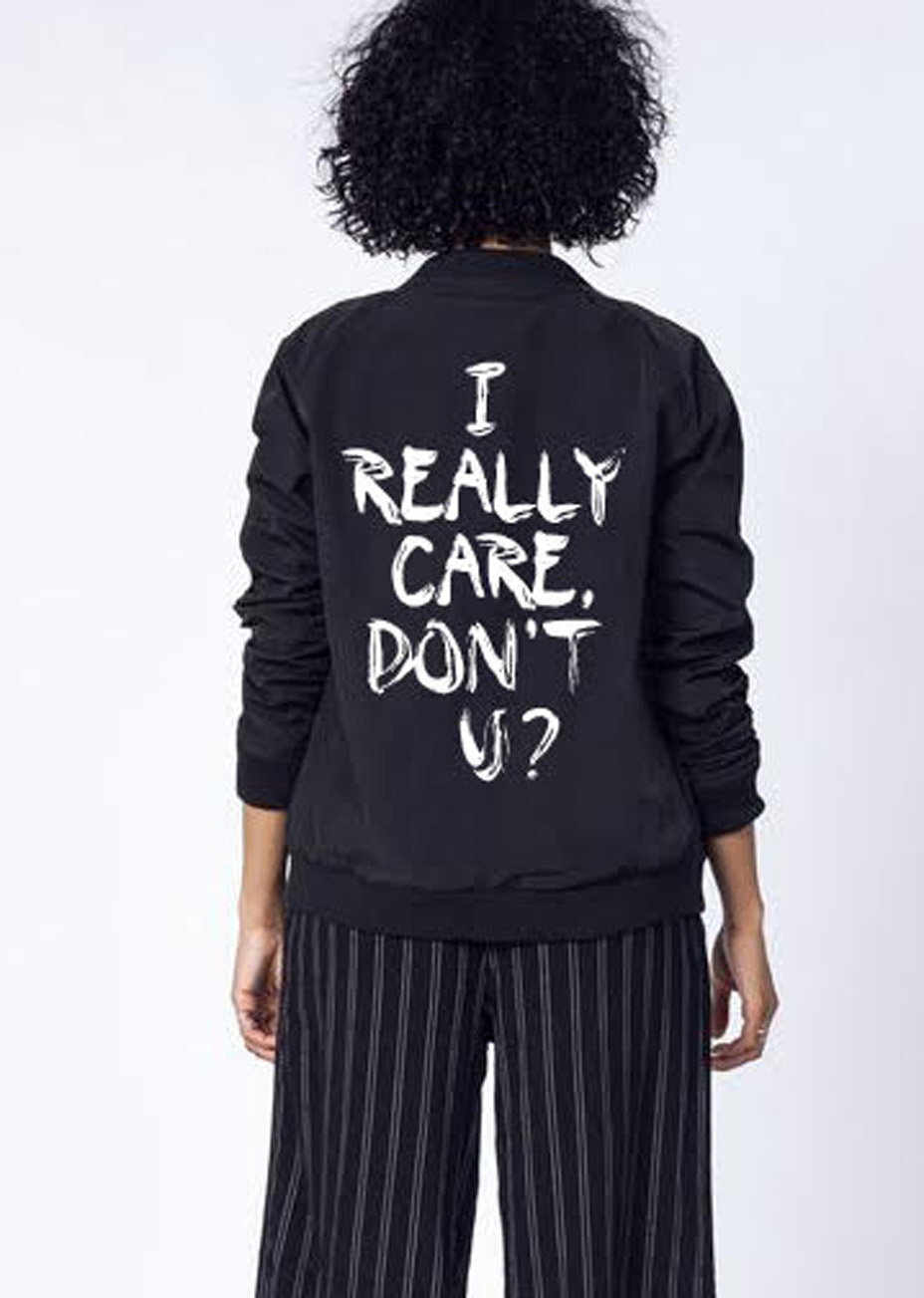 As for Wildfang, which has a core team of only 15 people, “We’ve had to bring up reinforcements, and the team’s been staying up, and getting up early,” says CEO and CMO Emma Mcilroy.

Her team noticed Melania’s Zara jacket four hours after pictures first surfaced, and had products referencing the outwear item selling on the site six hours after. She’s aiming for customers to get their bombers and T-shirts in three weeks. “It’s been a real privilege to have an impact on this conversation,” McIlroy adds. “I don’t think we ever thought that a company of our size could raise a quarter of a million dollars for an important charity.”

In both brands’ cases, nearly 100 percent of proceeds are going to charity. (Findley is still paying her team and vendors for their efforts, but not herself.)

“It’s large, but it’s the right thing to do,” Mcilory says “It’s been a hard week for everybody, watching images of kids being torn away from their families, a new low for the administration. Sometimes bigger things come into play, and our brand is all about giving people a voice who don’t have a platform. This is conversation we had to speak up on, so it’s real simple.”

Findley adds, “[Immigrants] are coming to America because they’re suffering in their communities and to turn our backs on people is disappointing and overwhelming. And if I can do something small, and if that’s all I do for the rest of my life, then I guess I did a little something.”