Continue to The Hollywood Reporter SKIP AD
You will be redirected back to your article in seconds
Skip to main content
May 1, 2017 8:21pm

Anna Wintour’s preferred place to get ready for the Met Gala, which is honoring Comme des Garçons designer Rei Kawakubo this year, is The Mark, thanks to its close proximity to the museum and its old New York charm. Not only does Wintour get ready there, but so does everyone from Diane Kruger to Zendaya.

“The Mark because it is a perfect marriage of luxury and privacy,” said The Mark’s general manager Olivier Lordonnois. “Our guests are able to complete their Met Gala preparations from start to finish comfortably, and under one roof.” Rooms are booked up to a year in advance, and the hotel usually sells out for the Met Gala six months before the event.

If you’re thinking about heading to The Mark to watch the celebrities before the main event, don’t even try. The hotel carefully manages the crowds. “It is always a challenge as The Mark does not close or ‘shut down’ the public spaces of the hotel for its guests and general members of the public, who are, for instance, looking to dine at the restaurant or enjoy an espresso in the bar,” said Lordonnois. “We do our best to keep the spaces as clear and comfortable as possible for our Met Gala guests to depart with elegance and ease.”

Everything That Happened On the Met Gala Red Carpet

Here’s a play by play of the departures from The Mark before the Met Gala:

5:00 p.m. Japanese actress Rila Fukushima, dressed in Louis Vuitton, is the first to depart The Mark.

5:11 p.m. Andre Leon Talley emerges from the elevator in a classic black tuxedo. The lobby is relatively empty.

5:13 p.m. Riley Keough comes down in a black sequined Louis Vuitton dress accented with red stripes and silver chains. She waits in the lobby. 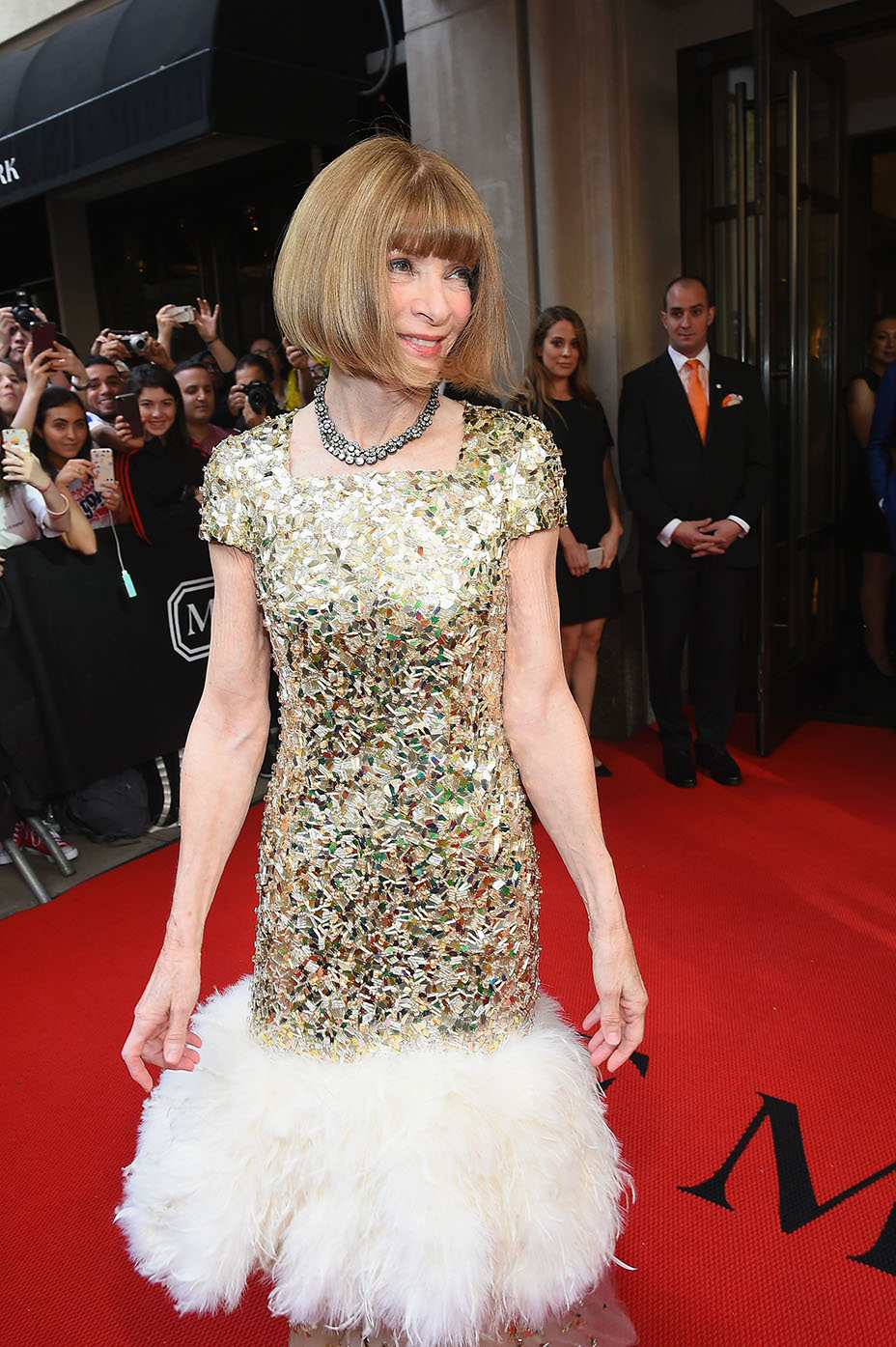 5:58 p.m. Tom Brady and Gisele Bundchen, who are Met Gala co-hosts, walk straight to the door.

6:07 p.m. The Winklevoss twins, Cameron and Tyler Winklevoss, come down. One is in a black tuxedo, and the other has a red floral tuxedo jacket. They pose for photos in front of the elevator.

6:16 p.m. La La Anthony appears in a sexy black sheer lace gown. “Hi baby!” she says to Moore. “How are you?” asks Moore. An assistant straightens Anthony’s train before she exits.

6:23 p.m. The lobby starts to fill with onlookers. Security puts up velvet ropes to keep the people from crowding around the talent.

6:25 p.m. Tracee Ellis Ross walks out of the elevator in a short royal blue Comme des Garcons dress and silver heels. “I can do the Instagram there,” said Ellis Ross, referring to the booth set up in the hotel’s front bar by Instagram and BFA.

6:31 p.m. Emily Ratajkowski comes out of the elevator in a body-hugging, sequined, green and blue floor length number and makes a mad dash towards the door. 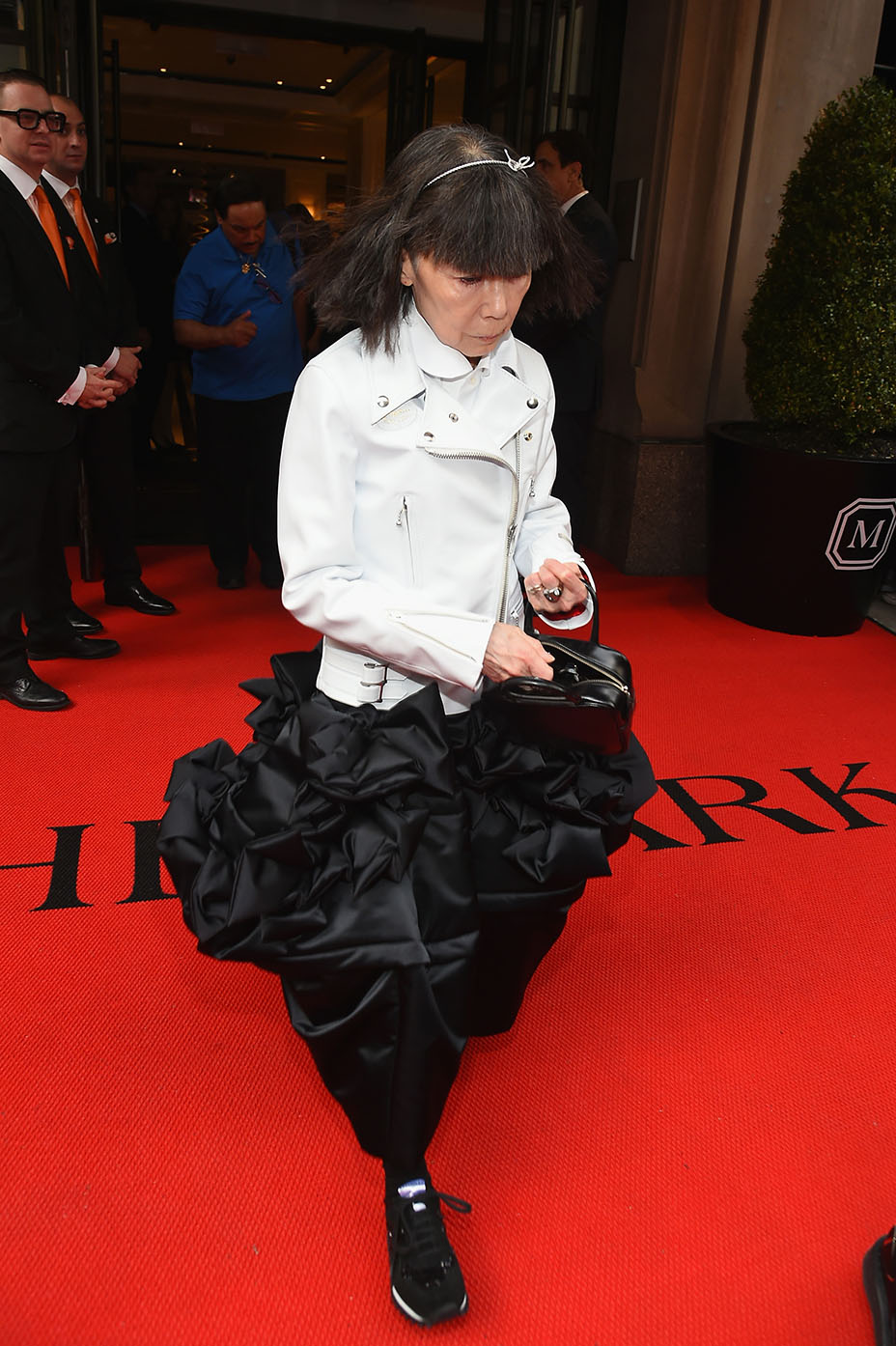 6:32 p.m. The woman of the evening, Comme des Garçons designer Rei Kawakubo, follows wearing a white motorcycle jacket and a puffy black skirt. She quickly walks toward the door.

6:37 p.m. Elle Fanning leaves the elevator in a cascading light blue chiffon gown with an assistant in tow, carrying her train.

6:38 p.m. “This Cynthia Erivo,” said a man, who introduced the British singer and actress to the admirers in the lobby staring at her cream Thom Browne pearl-embellished gown.

6:39 p.m. Selena Gomez disappears through the crowd as quickly as she appeared.

6:44 p.m. Corinne Foxx is in the lobby in a Dolce & Gabbana gown. At this point the lobby is crowded with Met Gala attendees, their assorted entourages and onlookers. Lupita Nyong’o, in an orange Prada gown, poses with Enrivo for a photo.

6:49 p.m. Diane Kruger makes her way through the lobby.

6:51 p.m. “Make way for Mario Testino!” yells a man, as a the Vogue photographer walks through the lobby.

6:58 p.m. Sarah Paulson walks though in a black Prada gown. Maggie Gyllenhaal, in a sequined Marni gown, chats with someone. Nearby, Ruby Rose and Donald Glover, in a Burberry tuxedo, are deep in conversation. French actress Sonia Ben Ammar is also hanging out in the lobby. 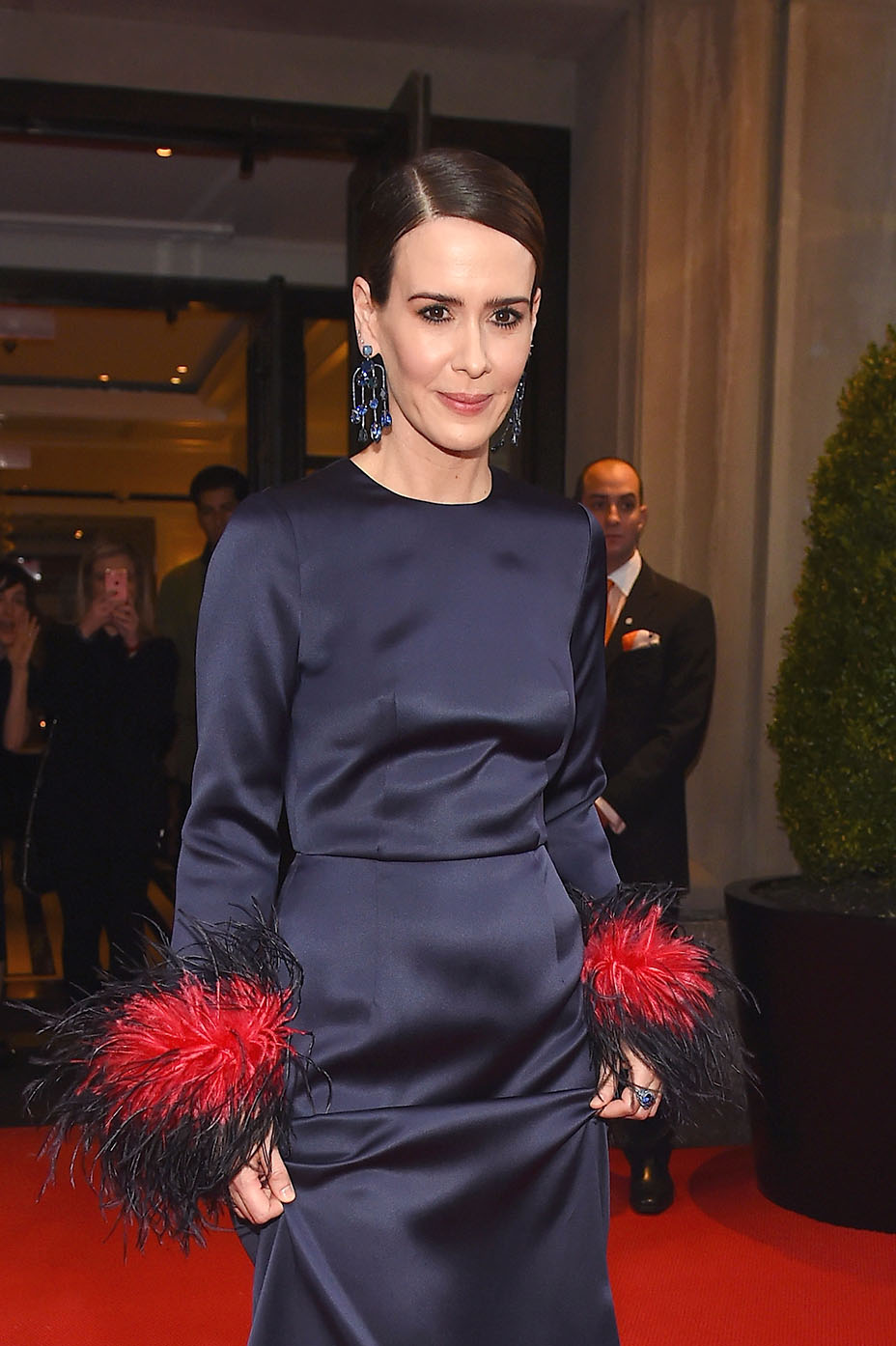 7:03 p.m. Zendaya emerges in a Dolce & Gabbana gown, and graciously poses with fans before exiting the hotel. By now, the lobby is crowded with chaos.

7:35 p.m. The crowd has thinned out. Karlie Kloss comes out of the elevator in a short black Calvin Klein tuxedo dress.

7:39 p.m. “Clear the way!” yells someone. Celine Dion makes her way out, with a spiky head dress.

7:54 p.m. The crowd is completely gone as Janelle Monae leaves The Mark, and that’s a wrap!