Will they wear haute habits, chic chasubles and Mod mitres? Dress like altar boys, nuns and high priests? With half of Hollywood slated to attend, including Rihanna, Nicki Minaj, Katy Perry, Kim Kardashian and others, and a suggested dress code of “Sunday best,” the Met Gala should create some holy interesting red carpet fashion moments.

“I have heard that there may be some Pope looks and some Madonna looks. (The virgin mother and the singer,” says one luxury fashion house representative.) And yes, Madonna “Like A Virgin” Ciccone will be in attendance, as well John Jesus Christ Superstar Legend.

“There isn’t a cross left in New York City,” jokes stylist Elizabeth Saltzman, who is dressing Uma Thurman and Lily Aldridge, among others. 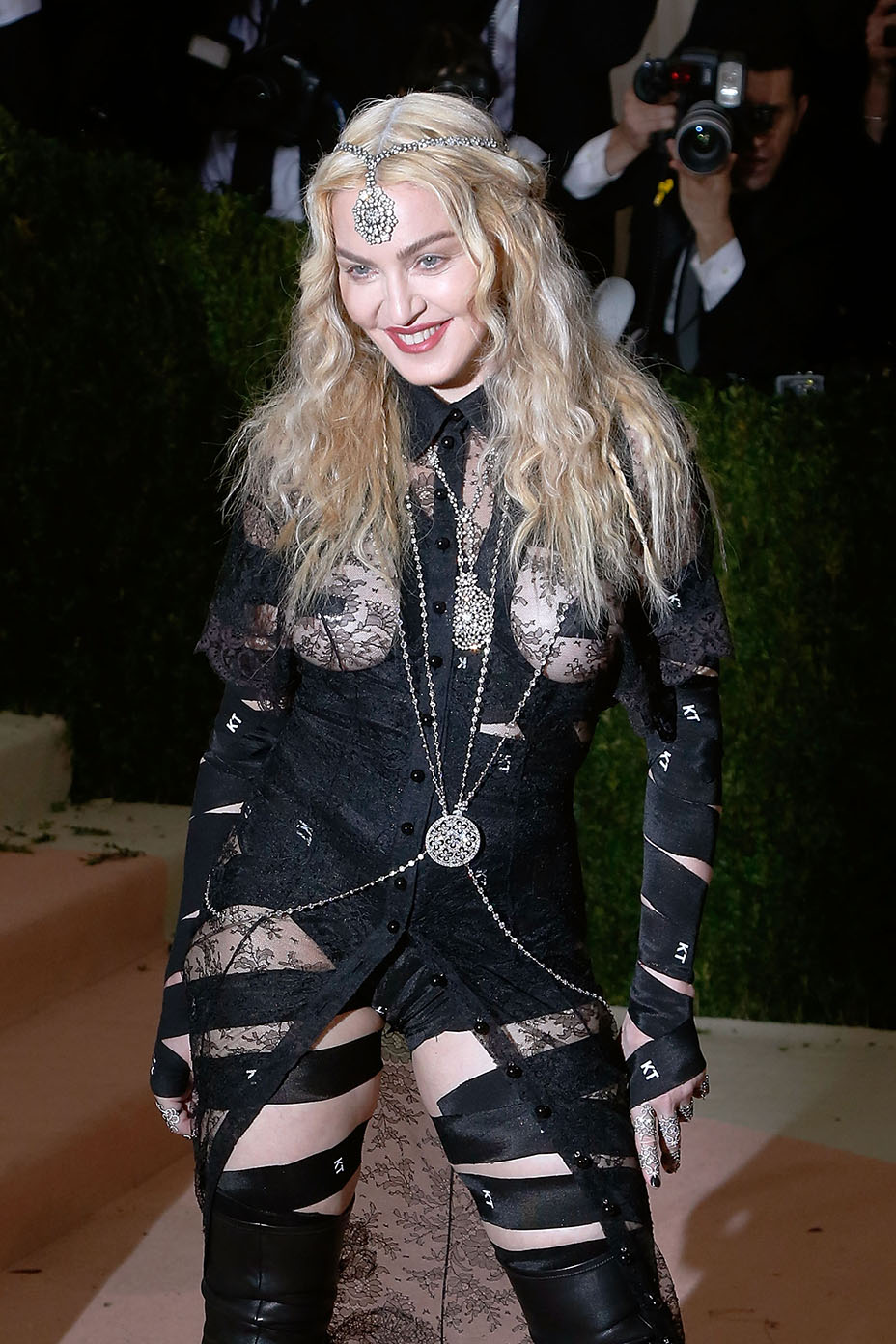 Despite the fact that the gala known as the Oscars of fashion falls within 24 hours of the opening of the Cannes Film Festival in the South of France, only a few high-profile guests are skipping the Met for the Croisette, namely Cannes jury president Cate Blanchett and jury member Kristen Stewart.

Still, there will be plenty of heavenly bods coming out for “Heavenly Bodies: Fashion and the Catholic Imagination,” the new exhibition at the Metropolitan Museum of Art Costume Institute, including Vogue editor-in-chief Anna Wintour, in what could be her last communion if rumors are to be believed that she’s exiting Conde Nast, gala co-chairs Rihanna, Amal Clooney and Donatella Versace, and stars Chadwick Boseman, Evan Rachel Wood, Priyanka Chopra, Gary Oldman, Selena Gomez, Jimmy Fallon, Jared Leto and Jaden Smith.

Sources say there will be a small red carpet moment for the stars attending from Ocean’s 8 — Sarah Paulson, Awkwafina, Mindy Kaling and Anne Hathaway — the film opening June 9 about a female crew who pull off a diamond heist at the Met Gala.

And there will be loads of designers processing in front of the press, too, arm-in-arm with their Hollywood dates who they will dress for the big night. Design ateliers have been abuzz creating custom looks, and showrooms have been fielding last-minute calls for on-theme accessories. 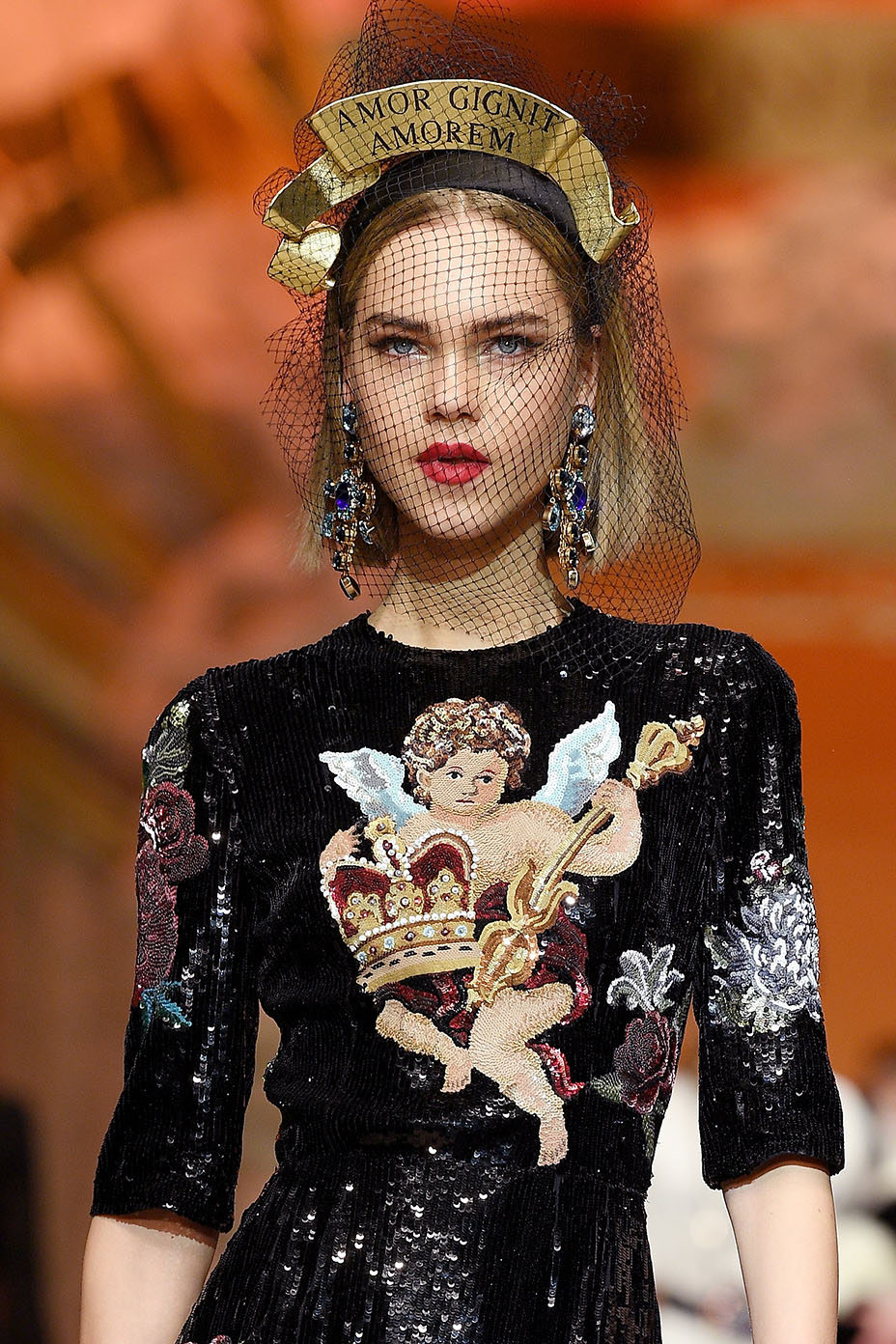 “We’ve had lots of requests for red — and crowns, tiaras and headdresses, the more extravagant the better,” says an L.A. showroom rep.

Fine jewelers are reporting an uptick in requests for religious-themed pieces, including Jared Lehr’s 18k yellow gold cross earrings with white and cognac diamonds for $44,490. “We have created a few custom cross pieces that are quite bold,” says jeweler Konstantino Sioulas.

Over the past 70 years, the Met Gala — a fundraiser for the museum’s Costume Institute — has had its fair share of controversy where dress codes are concerned. Last year’s Comme des Garcons exhibition opened with a bash that called for “avant-garde” dress and had Jaden Smith carrying his freshly-shorn dreadlocks in his hand. 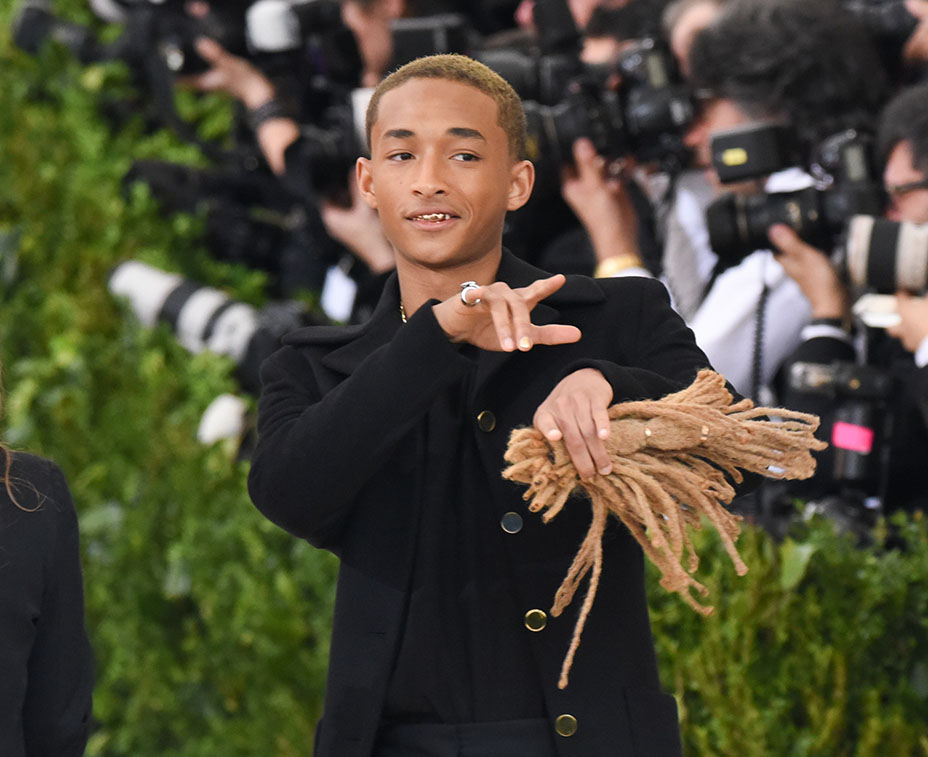 The 2013, “Punk: Chaos to Couture” exhibition had the most privileged stars on the planet trying to mimic an anti-establishment fashion movement of working-class heroes. It’s a red carpet like no other, that’s for sure, where some of the most outrageous looks have appeared, from Kim Kardashian’s gloved Givenchy get-up to Rihanna’s meme-generating egg-yolk yellow Guo Pei cape. 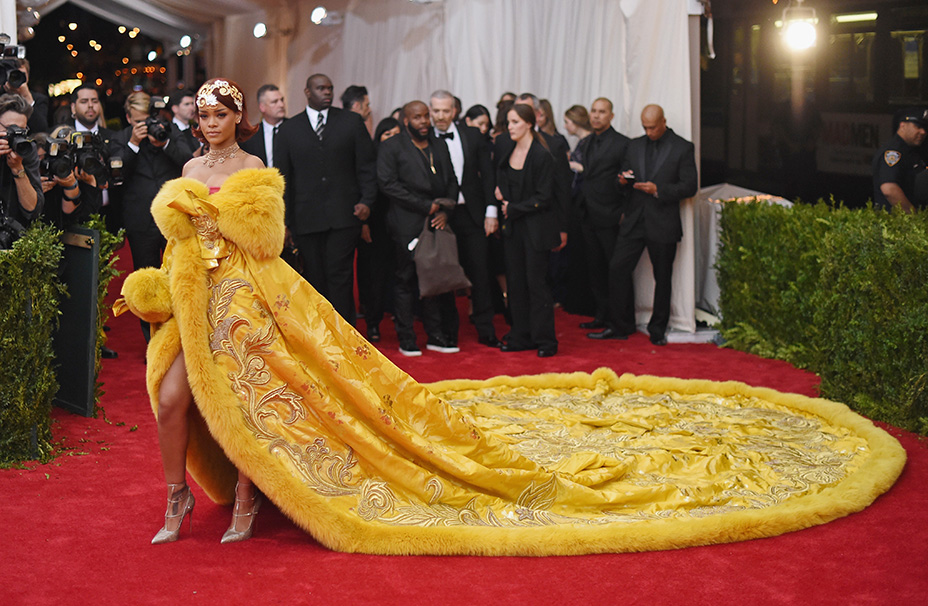 “I was actually kinda nervous, that it was going to be controversial like last year,” says Jason Bolden, who is styling Yara Shahidi, Sasha Lane and Wiz Khalifa for the evening. “But I have to say, out of all my Met galas, I’m the most confident about this one. You’re going to have classic Versace vibes with crosses, and you will also have Rihanna taking it to the max. I hope people don’t go so obvious.”

“We used a particular piece of art as inspiration,” says stylist Elizabeth Stewart, who is dressing Amanda Seyfried. “Having gone to Catholic school, [the theme] speaks to me.”

“It’s interesting that they went so specifically with Christianity as opposed to an all-around religious theme,” says stylist Ilaria Urbinati, who is working with Cooper, Shailene Woodley and Donald Glover. “The specificity of it makes me think that a lot of people will be doing similar interpretations because there’s a smaller scope to play with. But I love the idea of it. I’m from Rome and grew up Catholic, so I personally am very curious to see everyone’s take.”

“I hope people take risks,” says B. Akerlund, who is dressing Nicki Minaj, and returns to religion for fashion inspiration often in her work for music videos. 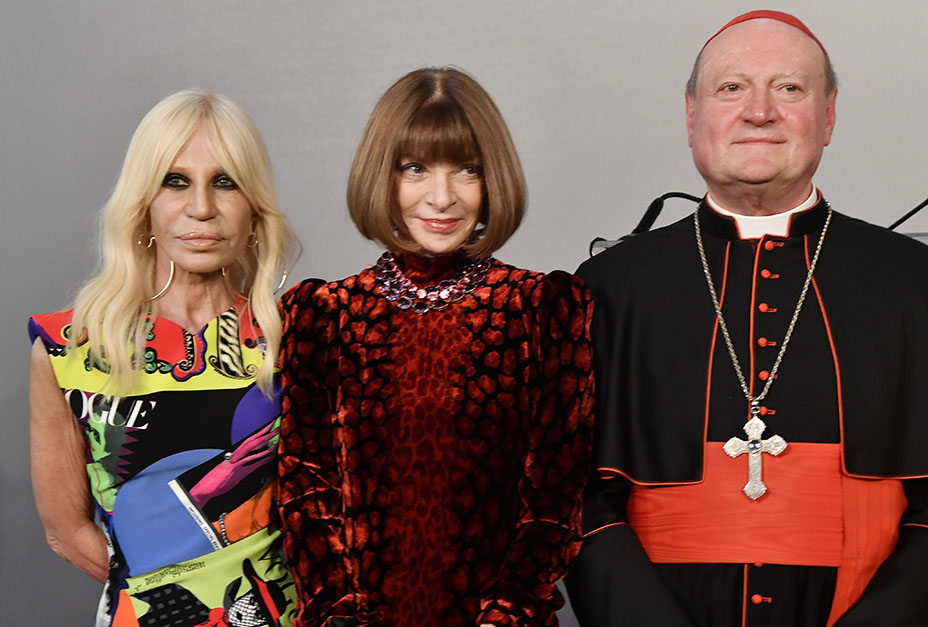 The exhibition, which runs May 10 to Oct. 8, explores the role dress plays in the Roman Catholic Church, and includes medieval artifacts, papal robes and accessories from the Sistine Chapel, many of which have not been seen outside the Vatican, alongside divine garments by Karl Lagerfeld, Dolce & Gabbana and Versace, among other designers, many of whom were raised Catholic and inspired in their work by the church’s pomp and pageantry.

Coco Chanel is said to have been inspired by the black-and-white habits and jangling rosary beads of nuns to create her namesake fashion house’s little black dress and signature pearl chains, while Domenico Dolce & Stefano Gabbana have mined the church for motifs in their collections for years, including for the spring 2018 line featuring angel-winged varsity jackets and “Fashion Sinner” T-shirts, likely to make an appearance Monday night, the spirit willing.