The A-list attendees of Monday’s Met Gala put their own spin on the old adage, “The higher the hair, the closer to God.” Appropriate, since the theme was “Heavenly Bodies: Fashion & The Catholic Imagination.” So while actresses including Kerry Washington and Tracee Ellis Ross took the big-hair saying literally, others turned their efforts to headdresses of epic proportions.

Rihanna, per usual, won the night with her papal getup, a rich Maison Martin Margiela minidress with matching robe and mitre-inspired headdress that could cause the pontiff to indulge in an ultimate sin: envy. Hot on her tail was the elaborately decorated Sarah Jessica Parker, who placed an actual golden nativity scene on her crown. 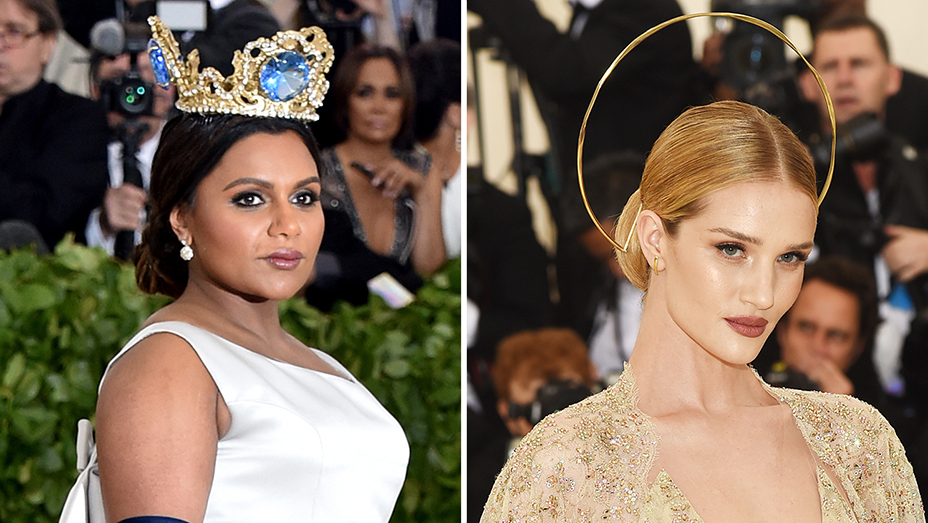 Lily Collins also went bold with her modern take on a mandorla, a metallic starburst that seemed to emanate light. Model Joan Smalls and Anne Hathaway, too, went gold and spiky with their gilded toppers. Rita Ora’s, meanwhile, was impossible to miss, with black roses and religious iconography and a full burst of spikes. Singers Solange and Cardi B also went for face-framing works of art that channeled the church. 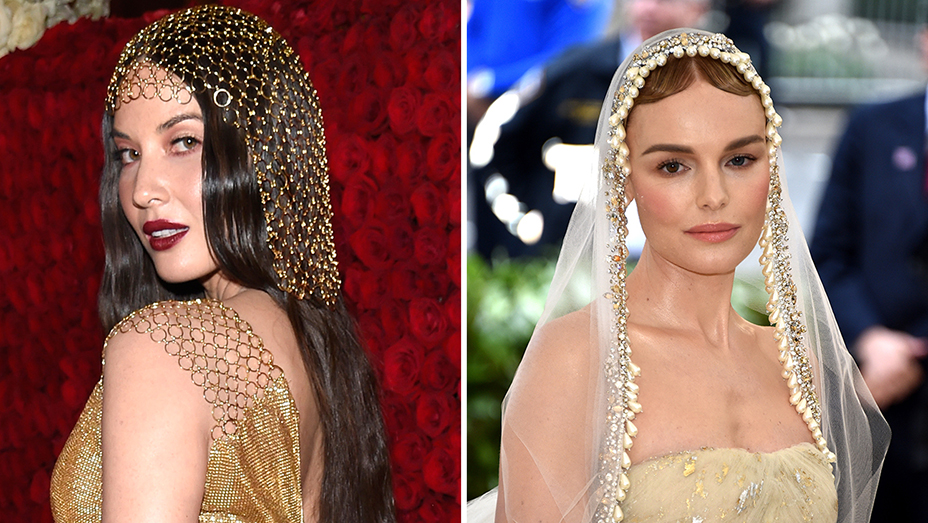 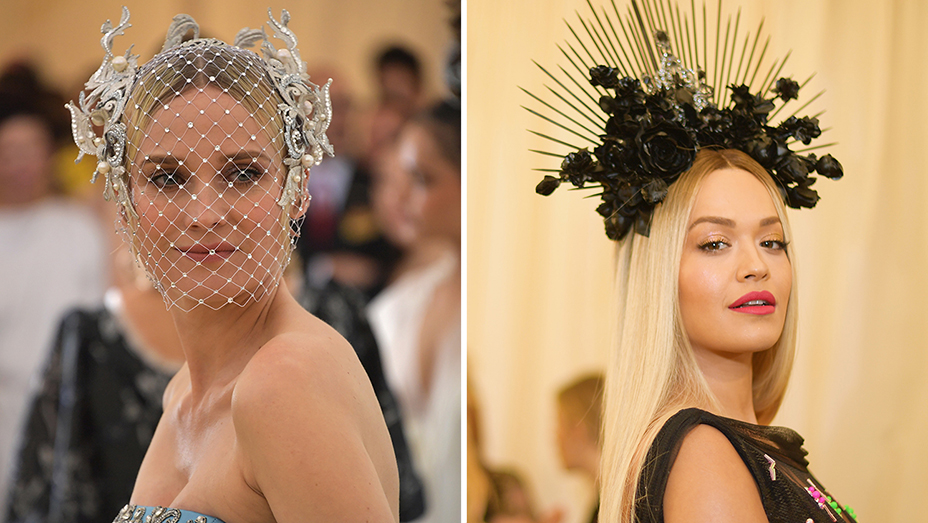 Several corona-like crowns made appearances, such as Diane Kruger’s, whose delicate silver creation leaped from her head like flames and included a metallic netting over her face, and Hailee Steinfeld, whose looks were fit for a princess. Mindy Kaling’s was by far the most over-the-top crown, a couture Vassilis Zoulias creation that required two fittings of its own. Marc Mena for Dove Hair styled her luxurious locks, taking inspiration from 1950s Monte Carlo and Grace Kelly royalty. Lynda Carter, the original Wonder Woman, wore a hefty gold crown with her jewel-toned gown that could have been handed down by actual royalty, and Madonna, naturally, also finished her Jean Paul Gaultier look with an intricate cross-laden crown, complete with mesh over her face. 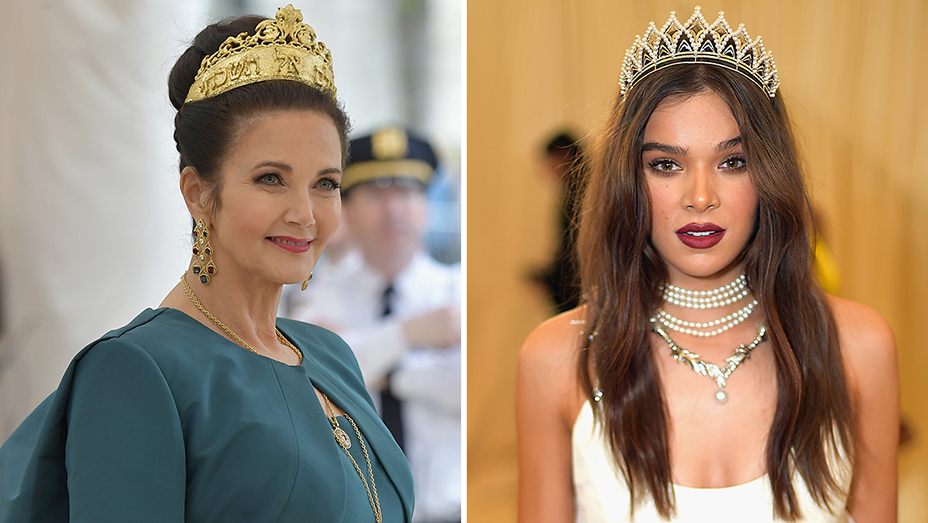 Lana del Rey had what appeared to be blue angel wings perched atop her long black locks. (Katy Perry, meanwhile, wore actual angel wings, but that’s another story.) Other ephemeral statement-making pieces include model Winnie Harlow’s white floral masterpiece and Amber Heard’s evocative golden headband that looked like rays of light painted by an Italian master, accentuated by gold paint running through her blonde locks. But Rosie Huntington Whiteley may have wore the chicest headpiece of the night with her incredibly simple yet holy halo in gold — it’s as if she actually came down from the heavens. 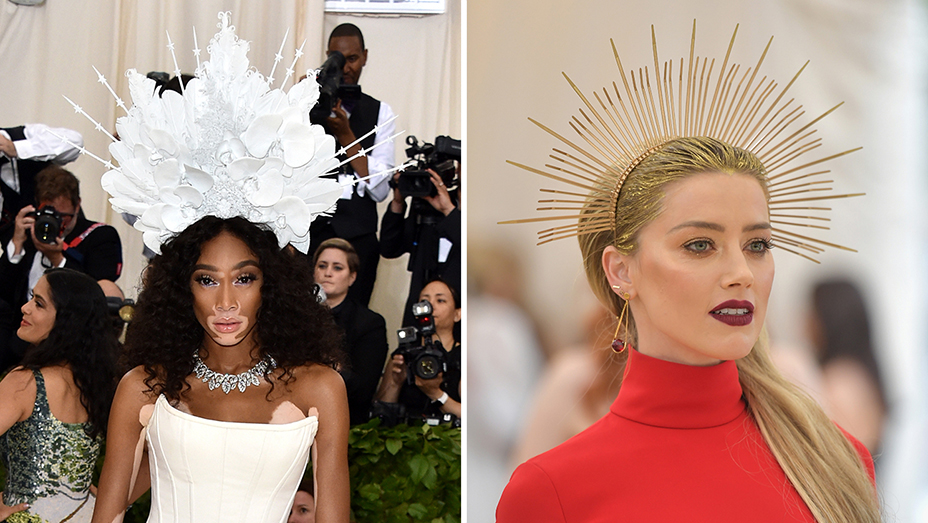