Not another Cabo or Tulum, the unspoiled and rustic yet decadent and design-forward destination between Manzanillo and Puerto Vallarta has become the secret getaway for the creative jet-set including Diego Luna, Lee Daniels, Paul Haggis, Alejandro Innaritu, Karla Souza, Juliette Binoche, Kevin Hart, Audrey Tautou and Ewan McGregor. Seal and Heidi Klum were married there, and over multiple decades it’s been a favorite escape for models like Cindy Crawford, Naomi Campbell, Christie Brinkley and Stephanie Seymour. 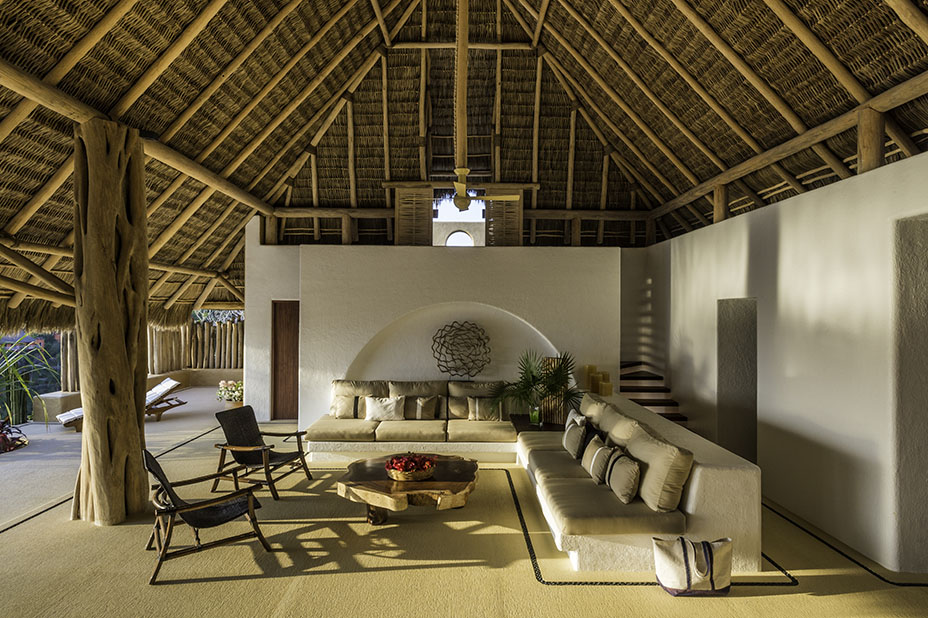 Costa Careyes was discovered, and founded by Italian banker and entrepreneur Gian Franco Brignone, who bought more than 20,000 acres of wild jungle and coastline in 1968, after flying over it. Although for half a century it’s been slowly developed, with magnificent and colorful castles, villas and casitas, there’s still a distinct Jurassic Park feeling to the place, as if a dinosaur could emerge from the jungle at any time. (An estimated one percent of the total land has been built on so far.) Instead, the prehistoric creatures are four types of sea turtles that lay eggs on Careyes’ shores (in fact the name Careyes means turtle). They are fiercely protected by the philanthropic and very active Careyes Foundation. 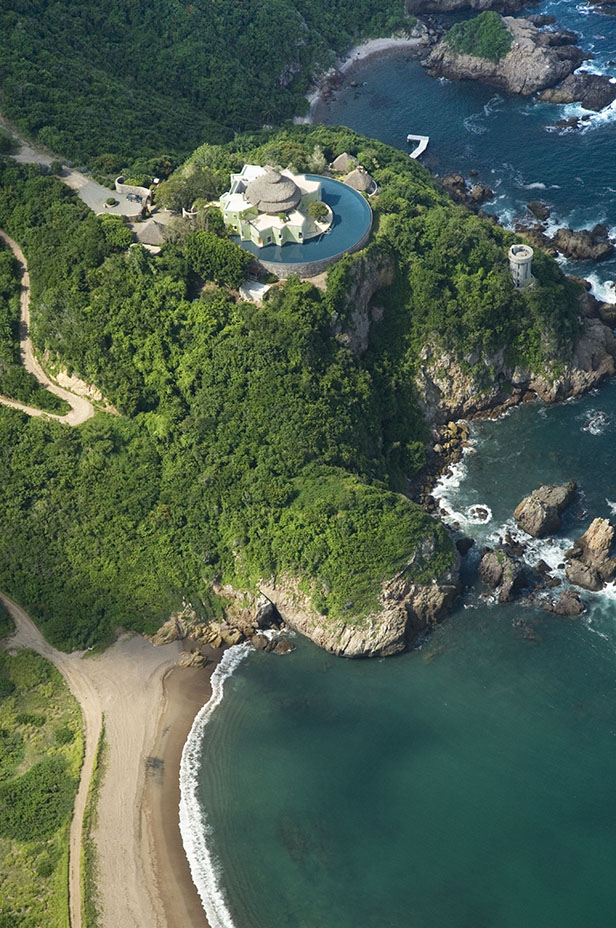 Visitors to the ultra-private retreat—no paparazzi is an undeniable draw—are able to participate in the inspiring turtle releases at sunset, along with a slew of other events. Arte Careyes, the annual film and art festival, kicks off this week, April 25-29, and brings industry players together for screenings in the square’s cinema (which also hosts local village children for screenings of movies like Ratatouille and Inside Out) plus parties and dinners. Chinese New Year celebrations are massive, two regulation-size Bermuda polo fields see a steady stream of matches, and in November there’s Ondalinda, an art and music festival that’s like a mini, much more exclusive Burning Man.

Even in his 90s, this is all still the vision of Brignone, whose adult children are helping carry on his legacy and develop even more sustainable and community-driven efforts. The destination’s many awe-inspiring estates include a pair of castles, named Oriente and Occidente, that mirror each other up on hills built atop circular 10,000 square foot infinity pools. Each architectural feat was designed to frame the blue and green landscape. No visit is complete without a tour of some of the villas and magical “wonders” (which include the aforementioned concrete shell meditation “copa”), as Campbell recently did on a trip to the literal hot spot—which is warm year-round. Brignone’s own house is where an original Calvin Klein Obsession ad was shot, by Bruce Weber. 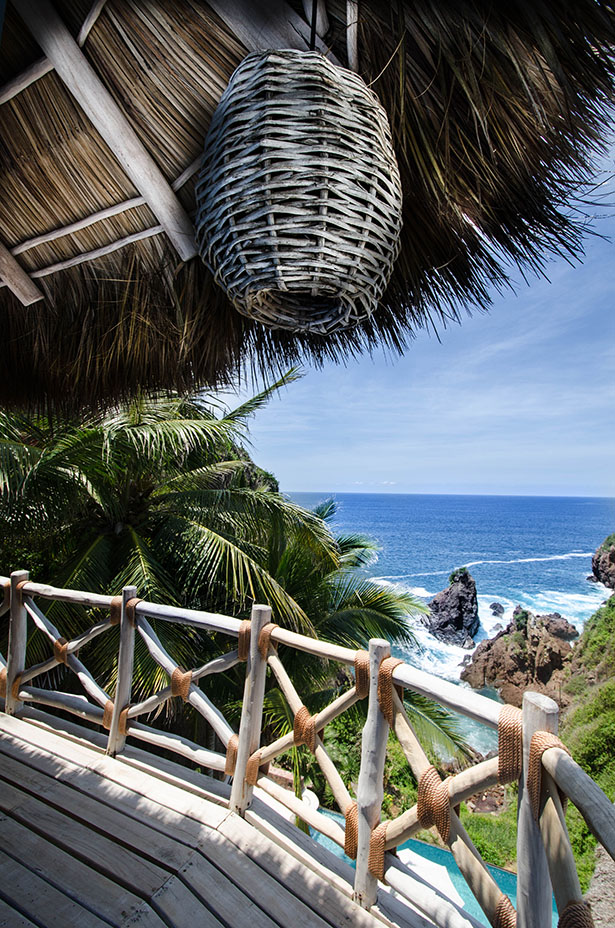 Although some things never change in Careyes—take the chalkboard menu at the beachfront restaurant Playa Rosa, which has featured the same fish and pasta dishes since it opened in the ‘70s—others evolve. The community’s original hotel closed years back for an extensive refresh and soft-opened several months ago as the lushly landscaped El Careyes Club & Residences. It now comprises an intimate collection of chicly designed one- to four-bedroom condo-style accommodations available for rent (like a hotel) or purchase (prices reach the millions for some units with their own pools), which come with concierge service and other amenities by request, like a private chef. They’re arranged in a terracotta horseshoe around five infinity pools, an al fresco restaurant, and private beach (one of several in Careyes), the surrounding jagged hills and palapa-studded villas.

Says Giorgio Brignone, the founder’s son, of the draw for Hollywood folks, “There are some people who are surprised that no one talks about money here. Nobody is bigger than the other here. Stars come down here and don’t worry about anybody taking pictures. You don’t feel anyone around you. You walk out to the beach and there’s no one around, except all the stars in the sky.” 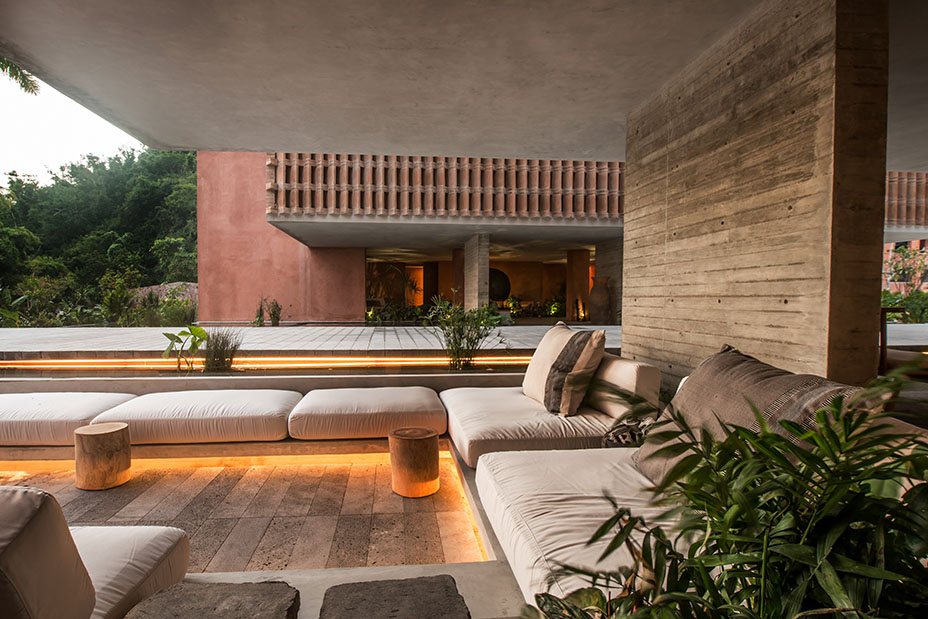