“Marvel is like the FBI,” Michael B. Jordan said with a laugh when asked to talk about his next movie, Marvel’s Black Panther, in which he plays villain Erik Killmonger. “I can’t say too much of anything, but it’s going to be a well-rounded film.”

However, what he did (or at least, could) share was that he’s already started working with his stylist, Jeff K. Kim, on prepping the red-carpet looks he’ll be wearing while promoting the highly anticipated action film, which also stars Chadwick Boseman and Lupita Nyong’o. The movie, directed by Ryan Coogler, drops Feb. 16, 2018. 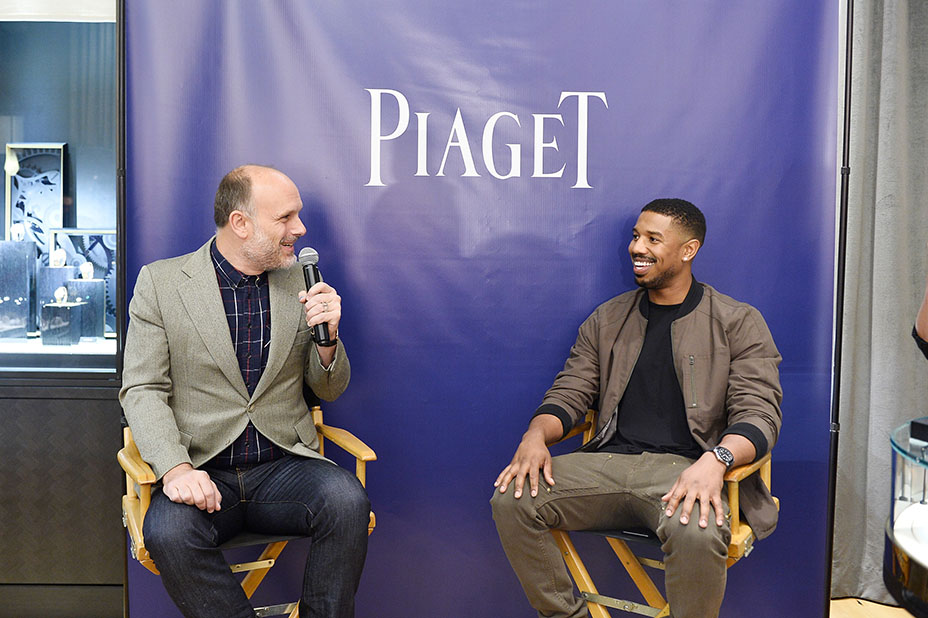 “We’ve actually already started planning looks for the press tour,” Jordan, in a black Arcady t-shirt, told The Hollywood Reporter contributing editor Degen Pener at an intimate Piaget event held at the luxury watchmaker’s Rodeo Drive boutique Thursday night. The evening was held in support of Lupus L.A., a local nonprofit health care organization that counts Jordan as an ambassador. His mom, Donna, who he noted has struggled with lupus for 30 years, was in attendance, along with Elizabeth Blue actress Anna Schafer and Three Billboards Outside Ebbing, Missouri star Abbie Cornish.

“With Black Panther, you have the unique opportunity for African-American culture to be represented on the carpet and [we’re] trying to find designers to team up with to do something different and make a statement,” he said. 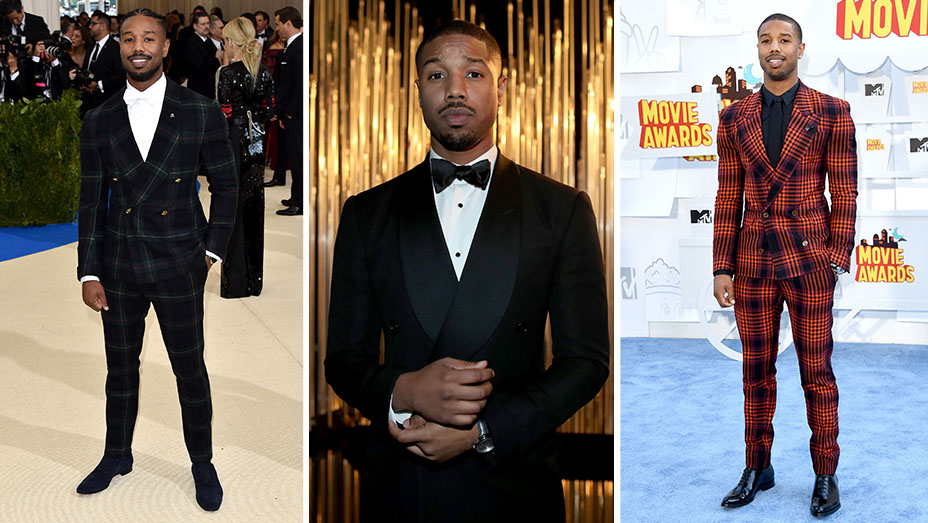 Jordan is no stranger to having some sartorial flair on the red carpet, having worn a tartan tuxedo from the Ralph Lauren Purple Label to this year’s Met Gala and a plaid Vivienne Westwood suit to the 2015 MTV Movie Awards, with the latter look requiring some convincing from his stylist. “It was a little aggressive,” the 30-year-old actor recalled of the bold ensemble. “It was on purpose though. We tied it around the film Fantastic Four, which played on reds in [my character] The Human Torch.”

He added of working with Kim, “He’s pushed me to come out of my comfort zone over the years and to take risks.” 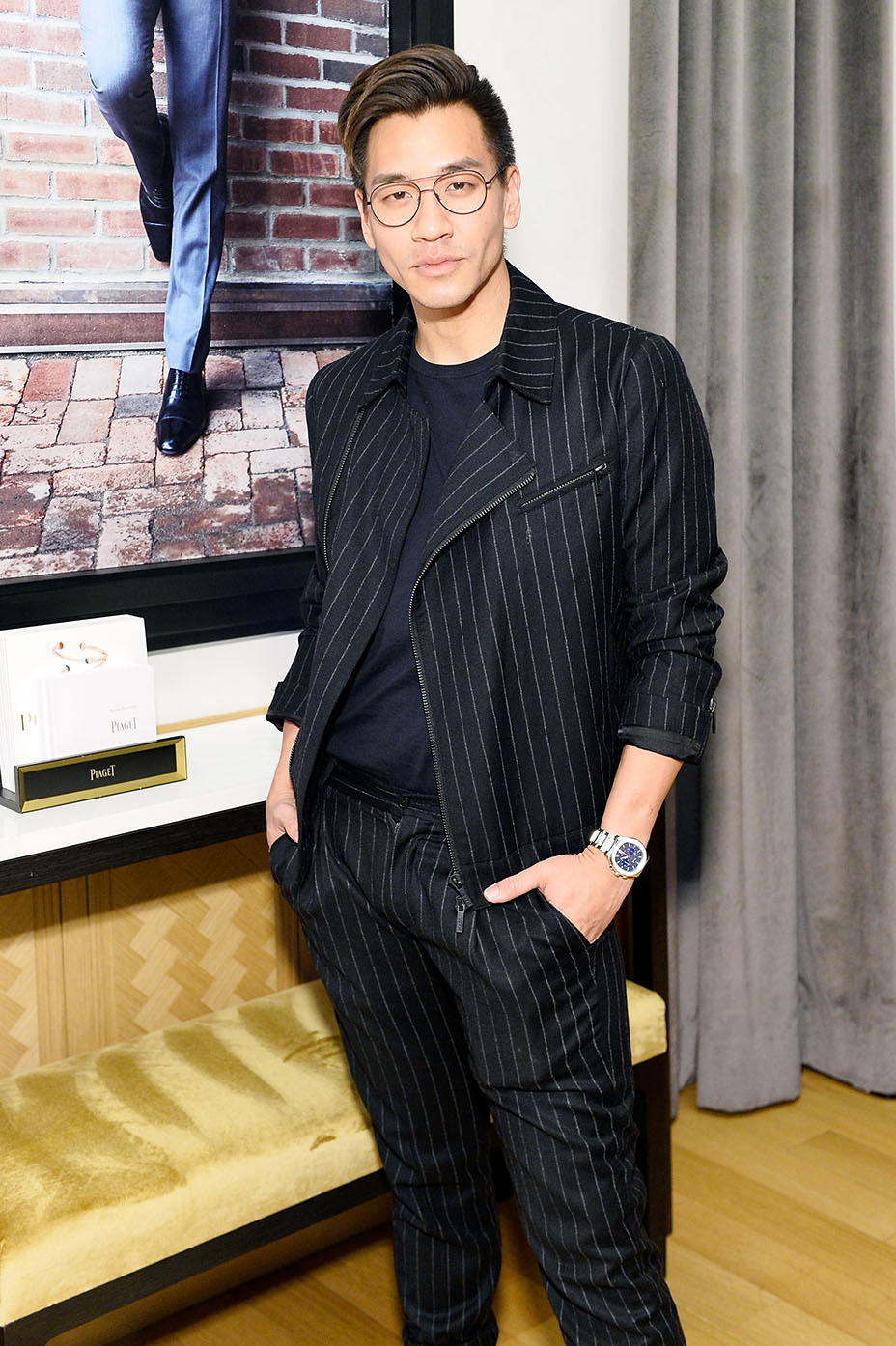 While some folks prefer to show off their entire watch, Jordan is more subtle. “Something I learned from Jeff over the years is that [for] all alterations on my suit, my left arm is always a little bit shorter, so the blazer jacket is a little bit shorter [on the left]. The watch sits perfectly on the wrist,” Jordan revealed, with Kim adding, “We’ll cut it a half inch so that half the watch is always showing.”

“As a kid, I used to think, ‘I have to get a Rolex some day.’ That’s all I really thought about, but as I grew up, I started educating myself on watches, and my dad always had a watch. I started paying attention to the subtleties of the brands and how important they were and why some people gravitate to this brand more than that one,” he said, adding that Piaget offers elegant styles that can be “worn in any situation.”