Continue to The Hollywood Reporter SKIP AD
You will be redirected back to your article in seconds
Skip to main content
November 29, 2016 12:09pm

For her family’s final Christmas in the White House, Michelle Obama used the holiday decor to highlight her core initiatives as first lady: service, education and health.

The familiar crowd-pleasers are still part of the annual show: A towering tree dominates the Blue Room, trimmed as it has been in the past to honor the U.S. military and their families, an issue Mrs. Obama has emphasized; larger-than-life replicas of family dogs Bo and Sunny will greet tens of thousands of holiday visitors shortly after they enter through the East Wing of the White House.

How Hollywood Is Giving Back on #GivingTuesday

And no White House Christmas would feel complete without the annual gingerbread version. This year’s replica weighed in at more than 300 pounds, including 150 pounds of gingerbread covered in 100 pounds of bread dough to form the white exterior. Models of Bo and Sunny sit out front. 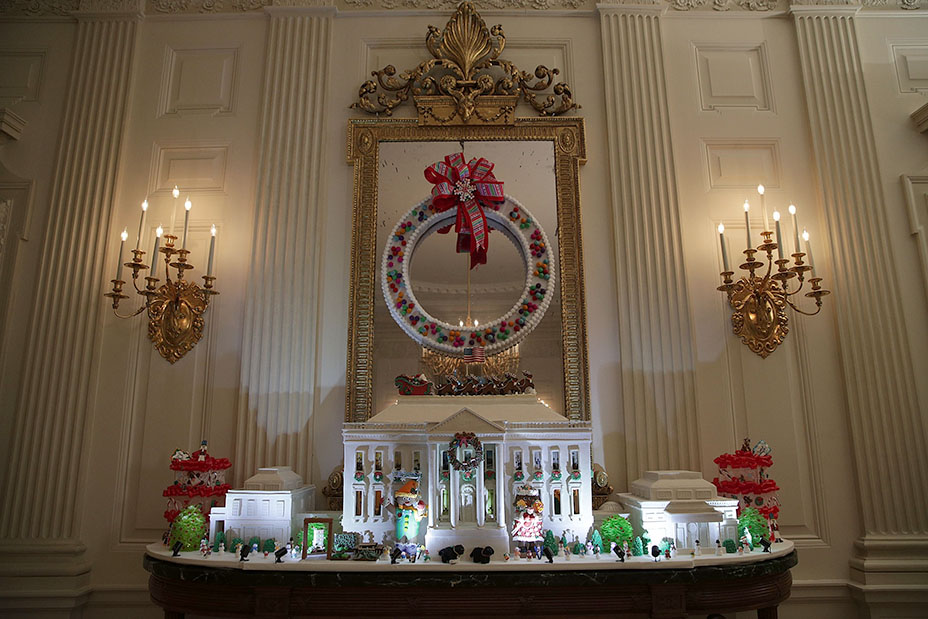 Downstairs in the library, education is the theme. Some of the tree ornaments are written with the word “girls” in 12 languages to represent the first lady’s “Let Girls Learn” initiative to encourage countries to provide an education for tens of millions of adolescent girls around the world.

Obama’s “Let’s Move” anti-childhood obesity initiative is represented by the fruits to represent healthy eating, and laid out in the Green and Red Rooms upstairs on the State Floor. Wreaths made of lemons and garlands made of limes decorate Green Room walls; clove-studded oranges, apples and pomegranates are mixed with greens to create wreaths for the Red Room.

Obama was unveiling the decor for military families on Tuesday, but the White House gave the news media a sneak peek beforehand.

“This year’s holiday theme, ‘The Gift of the Holidays,’ reflects on not only the joy of giving and receiving, but also the true gifts of life, such as service, friends and family, education, and good health, as we celebrate the holiday season,” the first lady’s office said in a statement describing the decorations.

More than 90 volunteer decorators began arriving on Thanksgiving Day to take on the monumental task of decorating the White House, doing everything from hauling boxes and making bows to hanging lights and wreaths and trimming trees. The 19-foot Blue Room tree arrived last Friday and it took four days to get it ready, said volunteer decorator Patricia Ochan, of Arlington, Virginia. 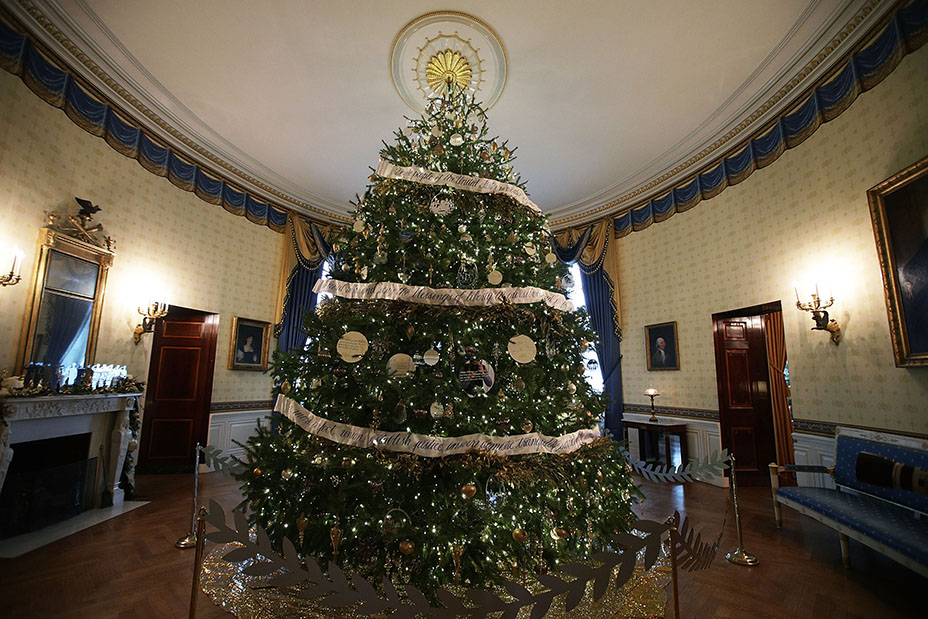 The tree features mirrored ornaments and garland with the preamble to the U.S. Constitution.

Another highlight this year are 56 Lego gingerbread houses, one for each state and territory, that are nestled in the branches of the trees in the State Dining Room, where the decor was planned to celebrate family and friends. A team of Lego builders at the company’s Connecticut offices crafted the houses from more than 200,000 Lego pieces.

Most of the ornaments and other decorations were reused, the White House said. Just 10 percent were new.