As first lady, Michelle Obama’s style was widely discussed by fans and critics alike. But her husband? Well, Barack’s style was rarely brought up (save for that tan suit that caused the Twittersphere to go into a frenzy). However, it turns out that the world missed one small sartorial detail during his presidency: He’s a repeat-outfit offender.

During the Apple Worldwide Developers Conference on Wednesday, the former FLOTUS revealed that Barack wore the same tuxedo and shoes for the state dinners they hosted during their time in the White House.

“This is the unfair thing,” Michelle told Apple executive Lisa Jackson. “You talk about Fred Astaire and Ginger Rogers … no matter what we do, he puts on that same tux. Now, people take pictures of the shoes I wear, the bracelets, the necklace ? they didn’t comment on that for eight years. He wore that same tux. Same shoes.” 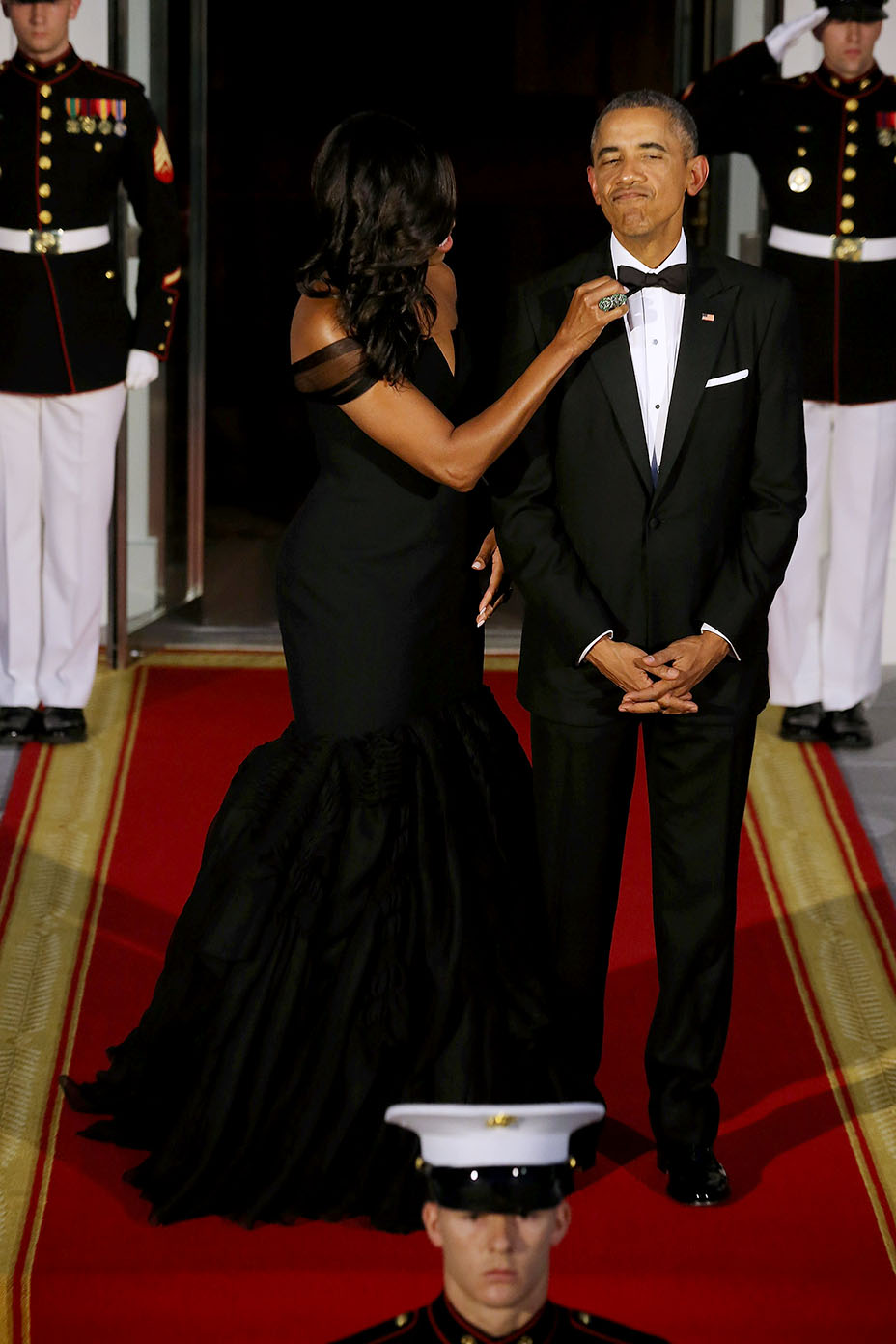 She also shared how much her husband enjoyed the fact that he didn’t have to spend much time getting ready, either.

The internet may not have noticed Barack’s repeating tux, but it’s sure taken notice of his post-presidency “cool dad” style.