Much has been made of the high style at Tuesday’s Crazy Rich Asians premiere in Hollywood, but it may be star Michelle Yeoh’s watch that earned the top spot among all the haute couture and pricey jewels seen that evening.

With her Armani Privé gown and Bulgari diamonds, the actress wore a one-of-a-kind Richard Mille timepiece, the RM 19-02 Tourbillon Fleur. 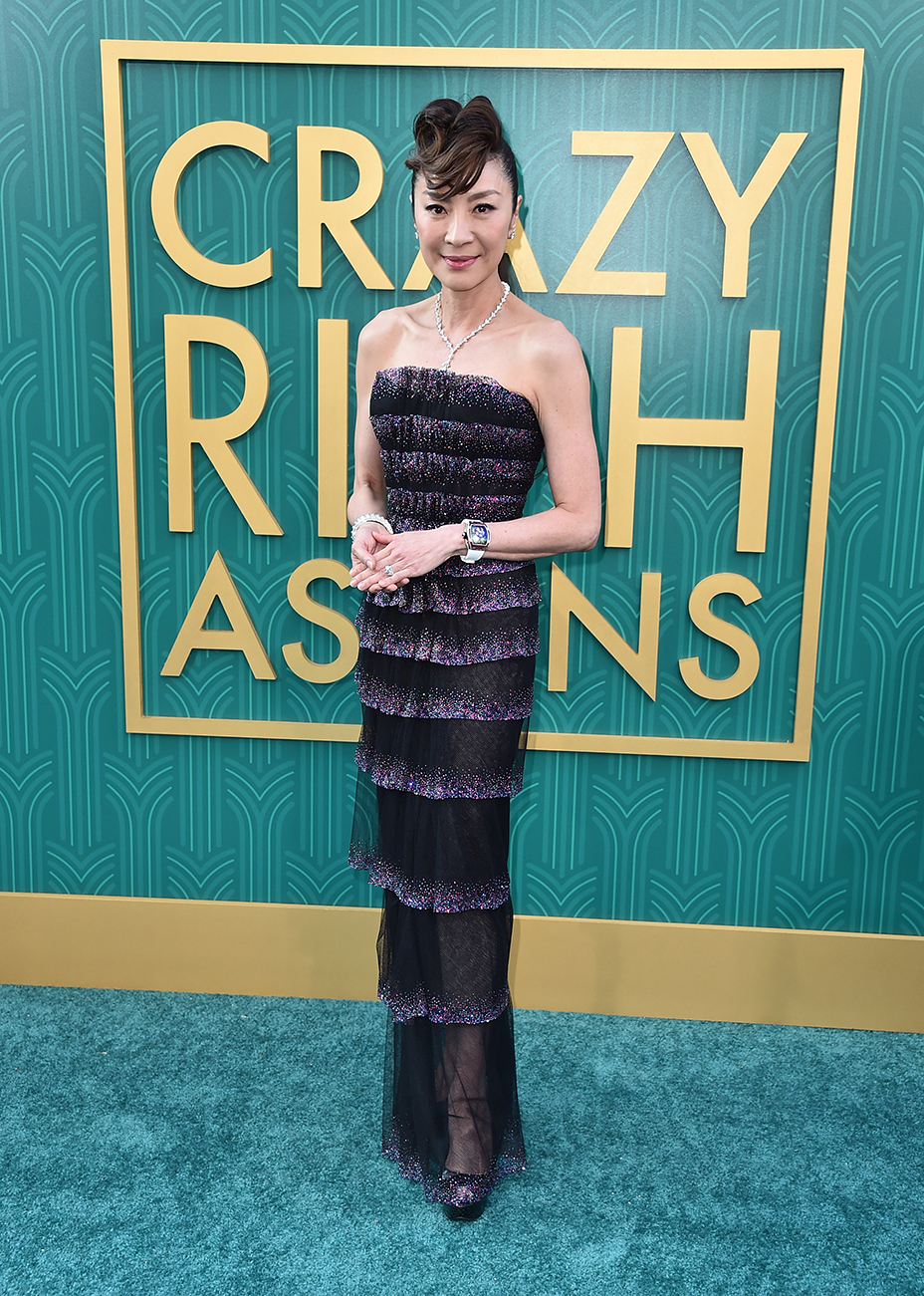 The watch earns its name from the magnolia placed at the 7 o’clock position; crafted as an automaton mechanism, the flower’s hand-painted enamel petals open every five minutes to reveal a flying tourbillon, with the rubies at its center forming the flower’s stamen. The time is displayed on a diamond-accented subdial placed between 12 and 3 o’clock.

But Yeoh’s watch goes one better: Richard Mille offers the Tourbillon Fleur in a limited edition of 33 pieces featuring a tonneau-shaped case in 18-karat white gold embellished with white diamonds, priced at $988,000, but the model seen on the actress’s wrist is a true one of a kind, or “unique piece” in watch parlance, with its case embellished with 15.16 carats of rubies and white diamonds. The price? A cool $1.6 million. 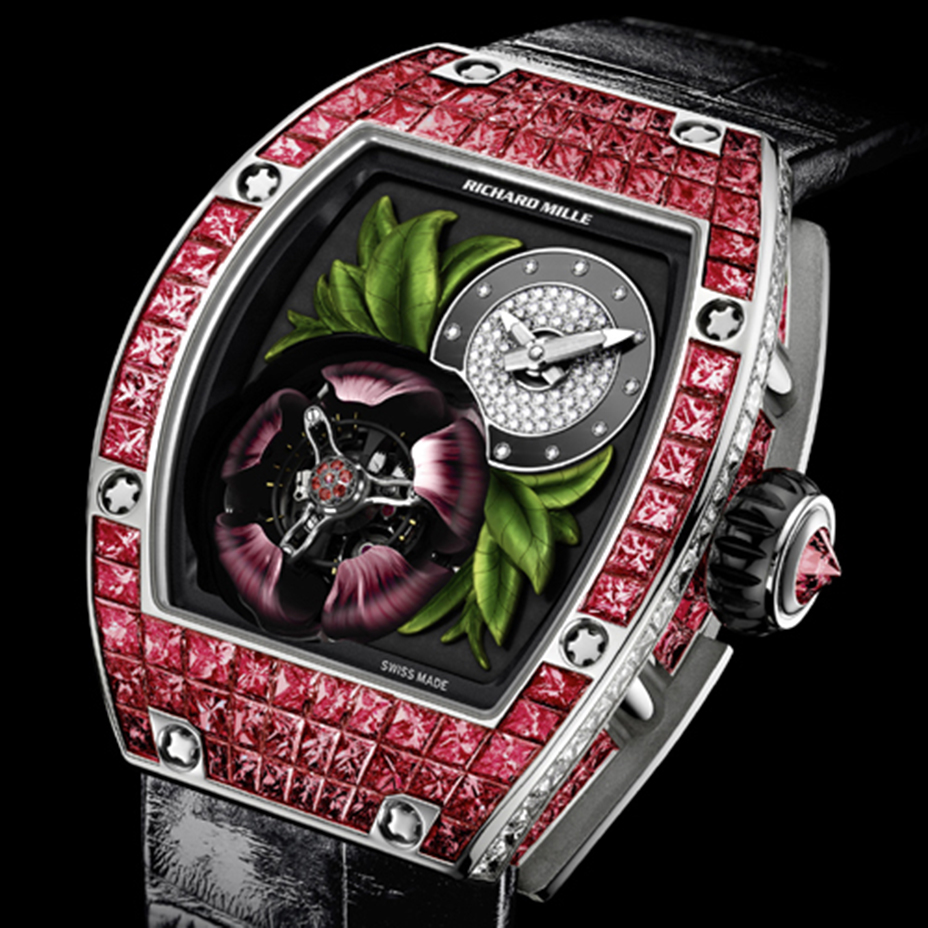 While Crazy Rich Asians is garnering accolades for its all-Asian cast in a moment when diversity is a hot topic in Hollywood, Yeoh scored marks for also advancing the red carpet another step forward. Most often it’s the guys who are sporting high-priced watches at premieres and award shows; the wrists of A-list actresses are typically adorned with diamond bangles rather than a high-value timepiece.

The number of female ambassadors to upscale watch brands, meanwhile, also pales in comparison to the men who are recruited for these often-lucrative deals. That idea may be shifting as mechanical watches for women — widely regarded as more “serious” vs. pieces with quartz batteries — continue to grow in importance among luxury timepiece brands. Yeoh has been a Richard Mille ambassador for roughly a decade, the brand reports; with a one-of-a-kind watch prominent on her wrist Tuesday evening, the actress — much like the film in which she appears — made another type of statement about what status means in Hollywood.