Dolce & Gabbana’s Spring 2019 presentation kicked off on Sunday afternoon with a Sicilian funeral procession, church bells pealing as veiled, black-clad women held candles and made their way slowly up the runway — though, this being Dolce & Gabbana, that translated to a plethora of curve-hugging satin dresses, perhaps the sexiest widows’ weeds Italy has ever seen.

Women’s rights continue to dominate the spotlight in the U.S., and this somber moment couldn’t help but conjure thoughts of marches and pink pussy hats, of hashtags like #MeToo and #WhyIDidntReport. That may not have been the intent of Domenico Dolce and Stefano Gabbana, making a statement about mourning freedoms now in jeopardy, though it would have been an apt contrast to the joy that was plentiful throughout the rest of this show.

As the procession of “widows” made their exit, the curtain of the design duo’s Metropol theatre was pulled back to reveal a tableau of yet more women, and instead of D&G, a large gold “DNA” dominated the backdrop behind them. Monica Bellucci stood at the center, with Eva Herzigova, Carla Bruni and Helena Christensen among those who surrounded her, continuing the trend of ‘90s supermodels on the runways that have delighted the audiences at Milan Fashion Week. 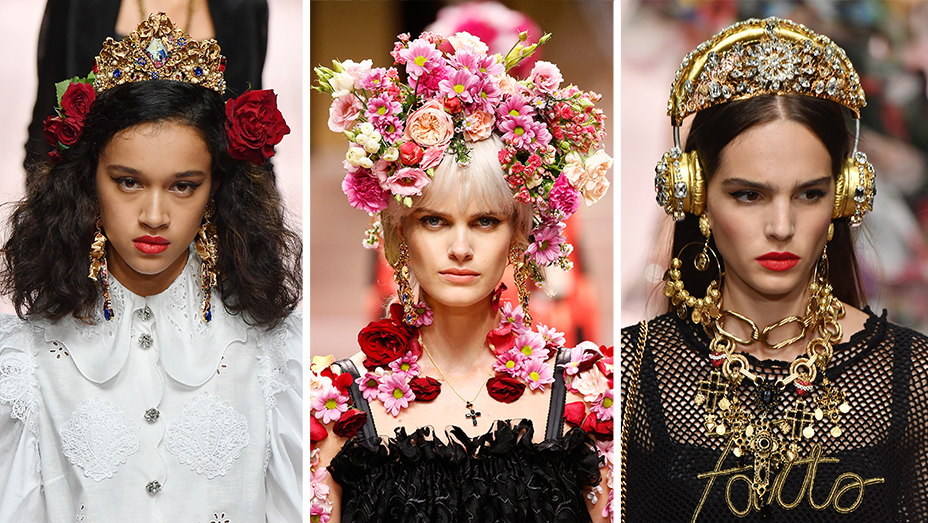 The diverse cast also extended to families: Among the mothers and sons, mothers and daughters and grandmothers and granddaughters that walked the show, there was Isabella Rossellini, holding hands with her children, Elettra Weidemann and Roberto Rossellini, while Elettra held her 9-month-old son, Ronin, with her partner, actor Caleb Lane, on her other side. (So much star power on the runway might have overshadowed the front row, which included Stevie Wonder, Liam Payne and Cardi B, who exuded Dolce & Gabbana spirit in a Fall 2018 animal print that she paired with Giuseppe Zanotti’s thigh-high “Reese” leopard boots.) 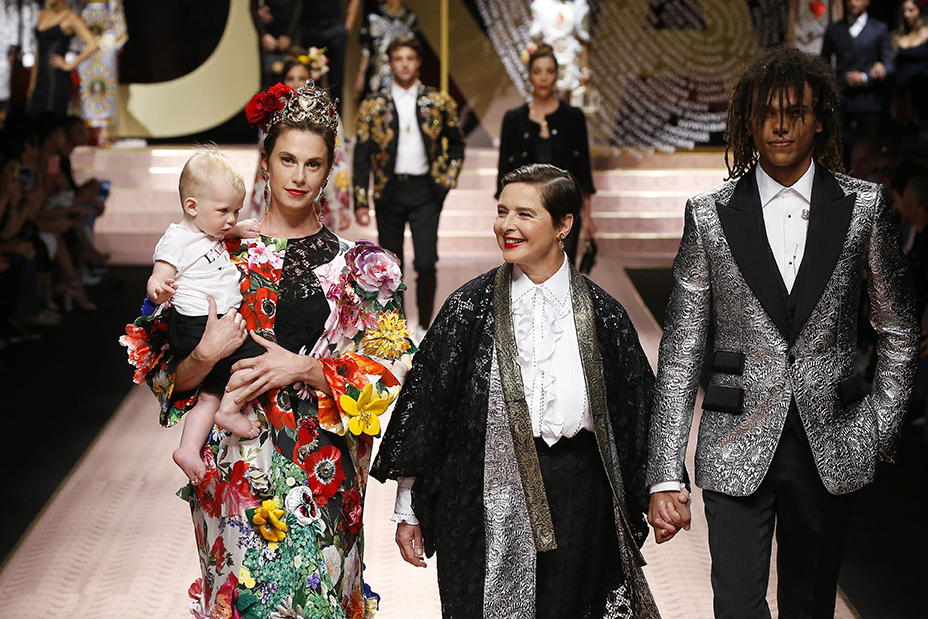 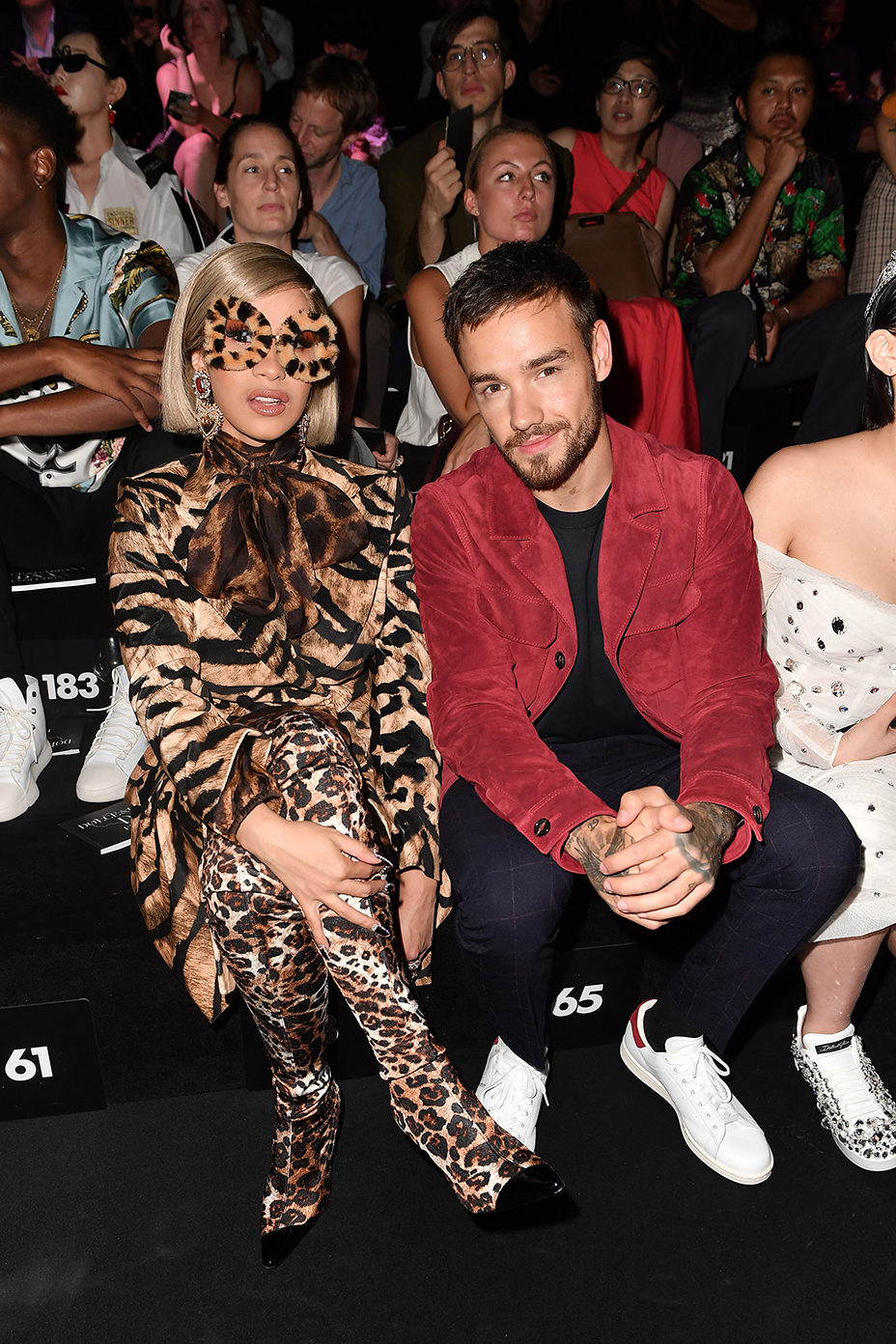 This wasn’t an anniversary show — that last happened to commemorate 30 years of the label during a four-day extravaganza in Naples in 2016 — though it felt like one in scope and volume. Instead, this was a celebration of handcraft, 151 looks that honored all the Dolce & Gabbana codes, from the religious iconography rendered in a colorful print worn by Lady Kitty Spencer to the lush mix of lace and brocade to create a tuxedo for Maye Musk. This being spring at Dolce & Gabbana, florals blossomed everywhere, in ruffled dresses both short and long, menswear-inspired suits and cropped tops paired with slim pants. Both Emily Ratajkowski and Ashley Graham, meanwhile, wore another signature, sheer ruched dresses with black lingerie underpinnings — Ratajkowski in pale blue and Graham in a one-shoulder leopard-print style — and it was Graham who garnered the applause. 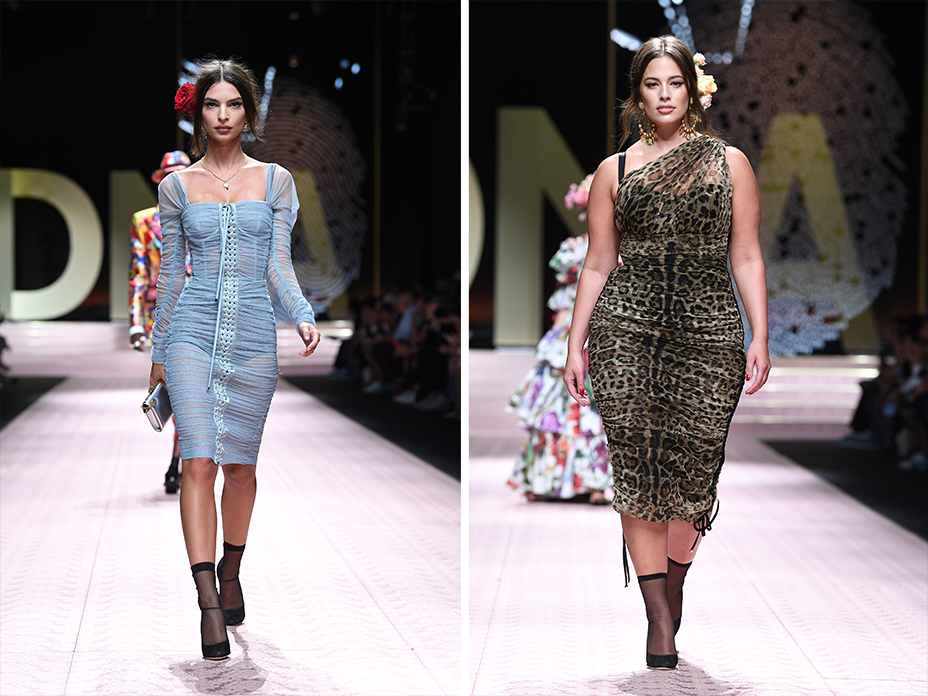 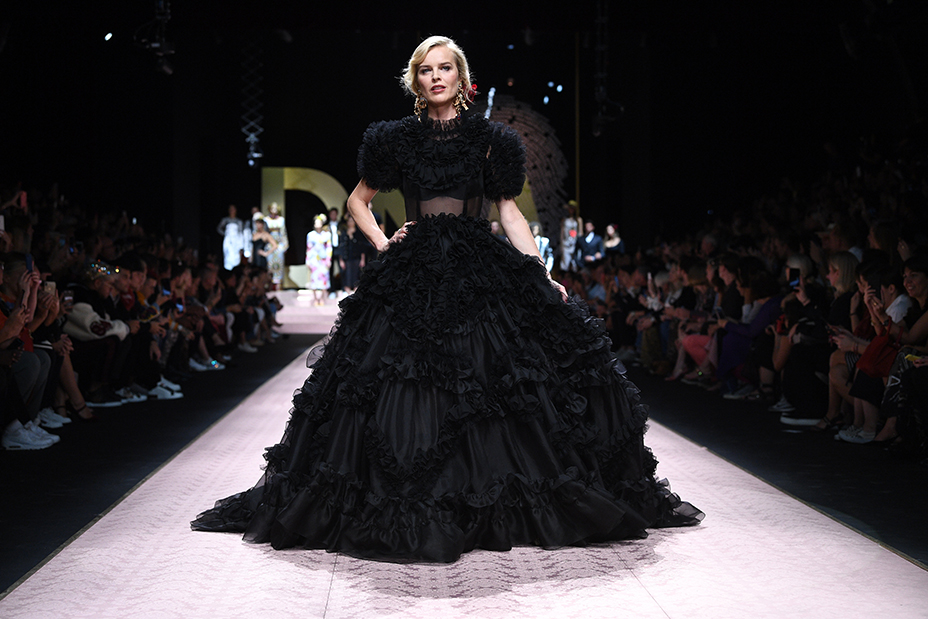 The audience indeed seemed to treat this event not as a fashion show but as a moment of theater, and that seemed fitting. The music was a selection of greatest hits by Luciano Pavarotti, and the late tenor would have felt right at home amid this operatic production, in which everything — from the casting to the clothes and the abundant accessories — felt like just a bit more. Amid the riches of the Dolce & Gabbana DNA, the joy of Italian life was also on full display, as though this diverse cast of women — young and old, of all shapes and representing multiple cultures — might wander through a piazza with their families after the sun has set.

Ultimately, the procession of women at the show’s beginning likely wasn’t an overt statement of female empowerment; the Sicilian widow, after all, is yet another element of the Dolce and Gabbana DNA. And these men are no strangers to controversy, shrugging in the face of public fury over social media posts that have taken aim at gay couples wishing to become parents or jutting their chins at followers who decry their decision to dress Melania Trump. Their message on Sunday’s runway, however, is one that resonates more than ever: We believe in women. 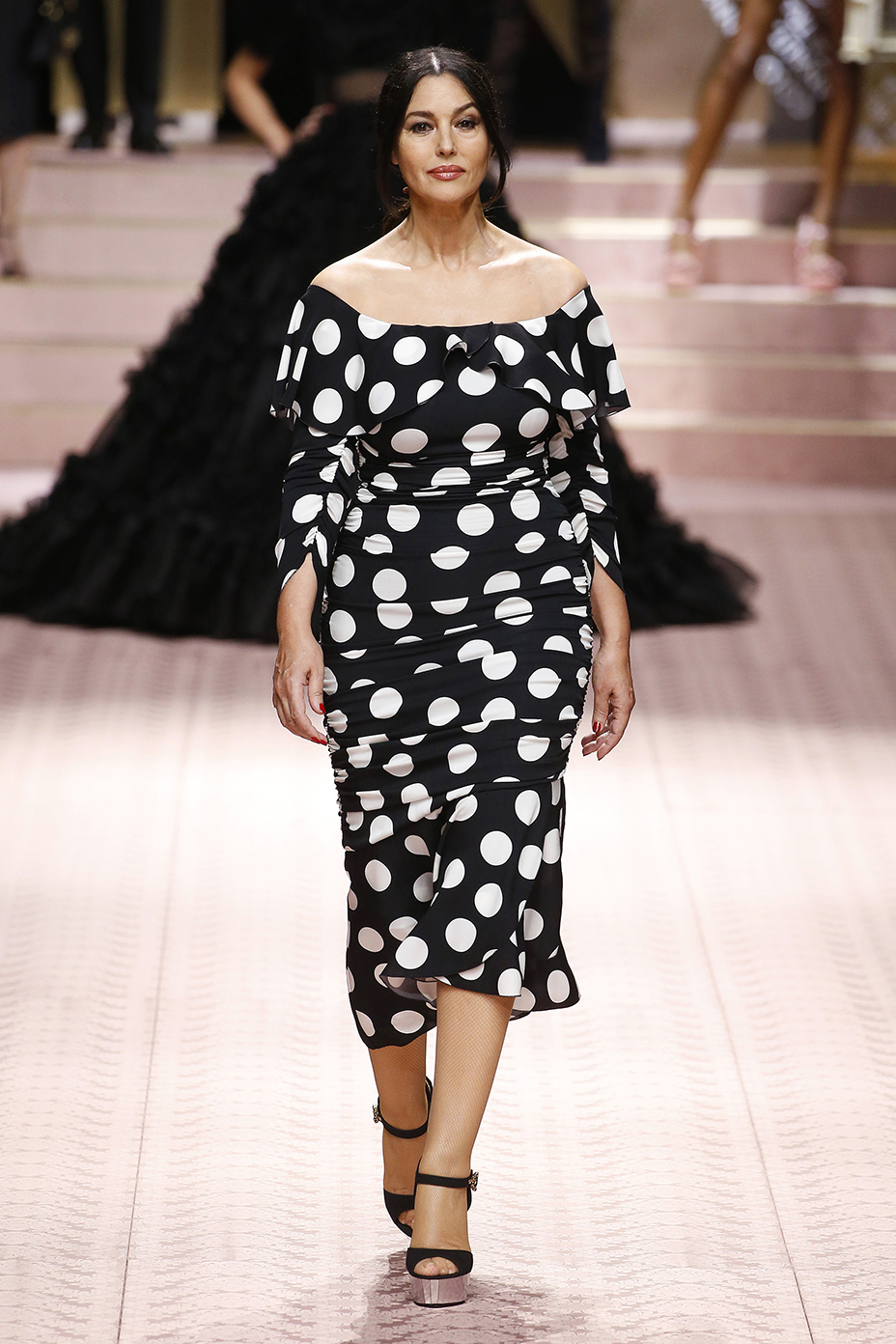