Amid the typical shortage of taxis and the traffic snarls that plague Milan Fashion Week, here’s a surefire way of knowing you’re not late for a show: When you’re entering the venue space and all of a sudden hear from behind an almost hysterical frenzy of voices shouting, “Cate! Cate! Cate!” You don’t even have to turn around to know that Ms. Blanchett has just exited her car. Slow down, take a breath — the show has not started.

Such was the case at Sunday morning’s Giorgio Armani presentation in the theater at the designer’s Via Bergognone headquarters, where Blanchett took her place on the front row alongside Dominic Cooper, Patrick Schwarzenegger and Poppy Delevingne. 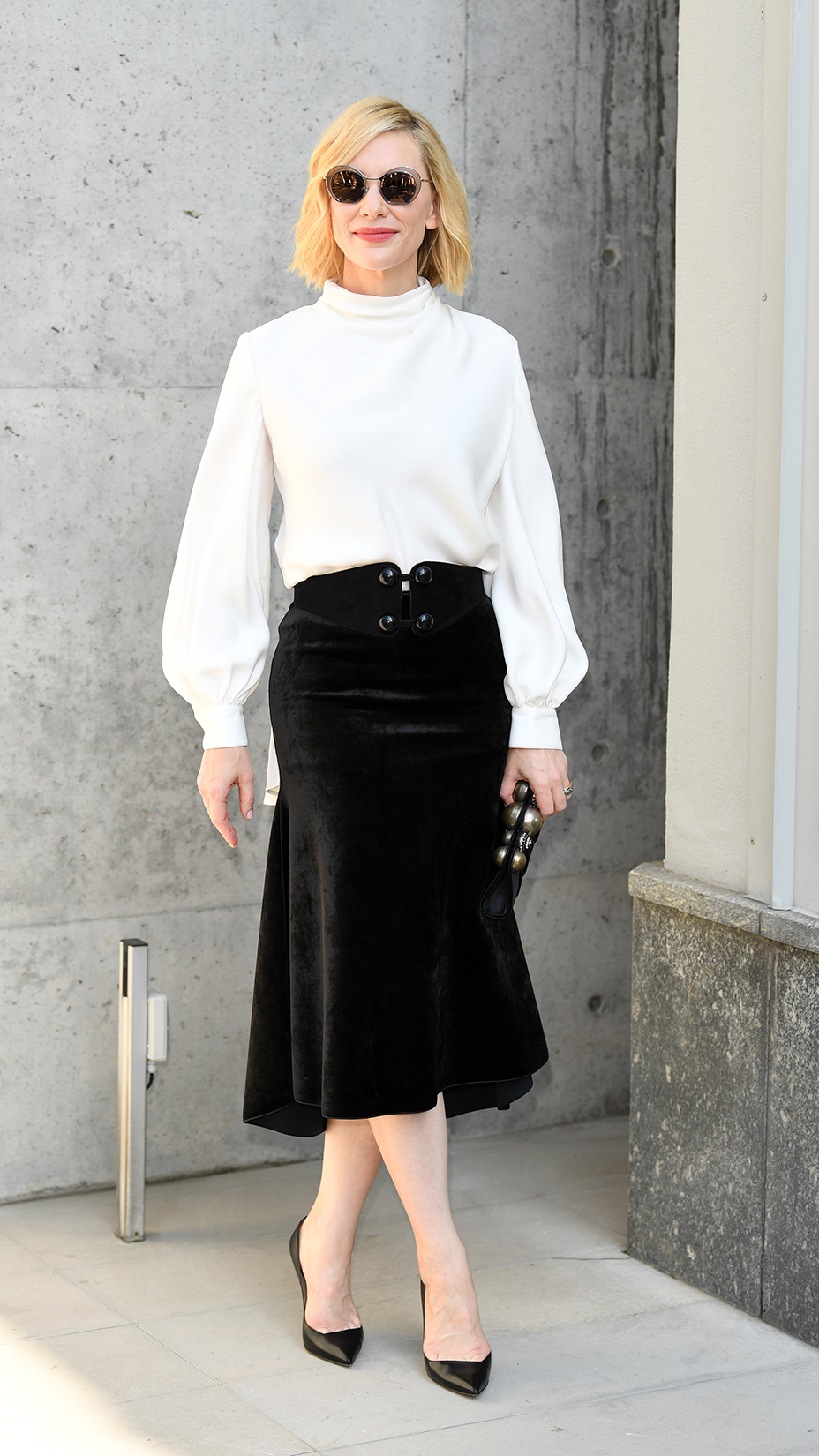 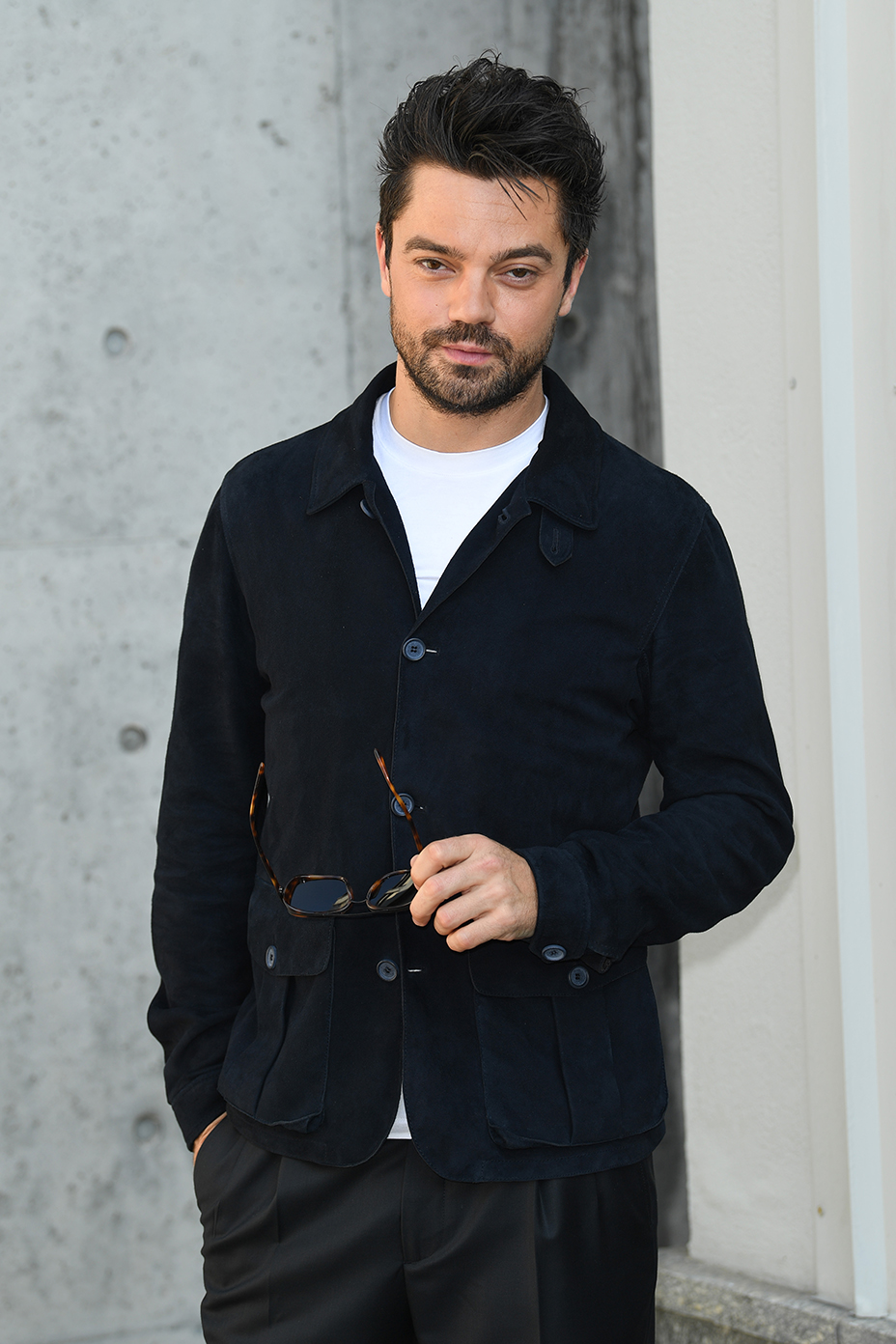 Blanchett is nothing if not democratic in her style choices — she wore a leopard-print look from Sara Battaglia’s Resort 2019 collection the night before at a party thrown by the jeweler Pomellato, while 24 hours later, she switched things up with a sustainable jumpsuit and cape by Stella McCartney for Sunday night’s Green Carpet Fashion Awards — but it’s clear the Oscar winner has a soft spot for Mr. Armani and his elegant, tailored aesthetic. 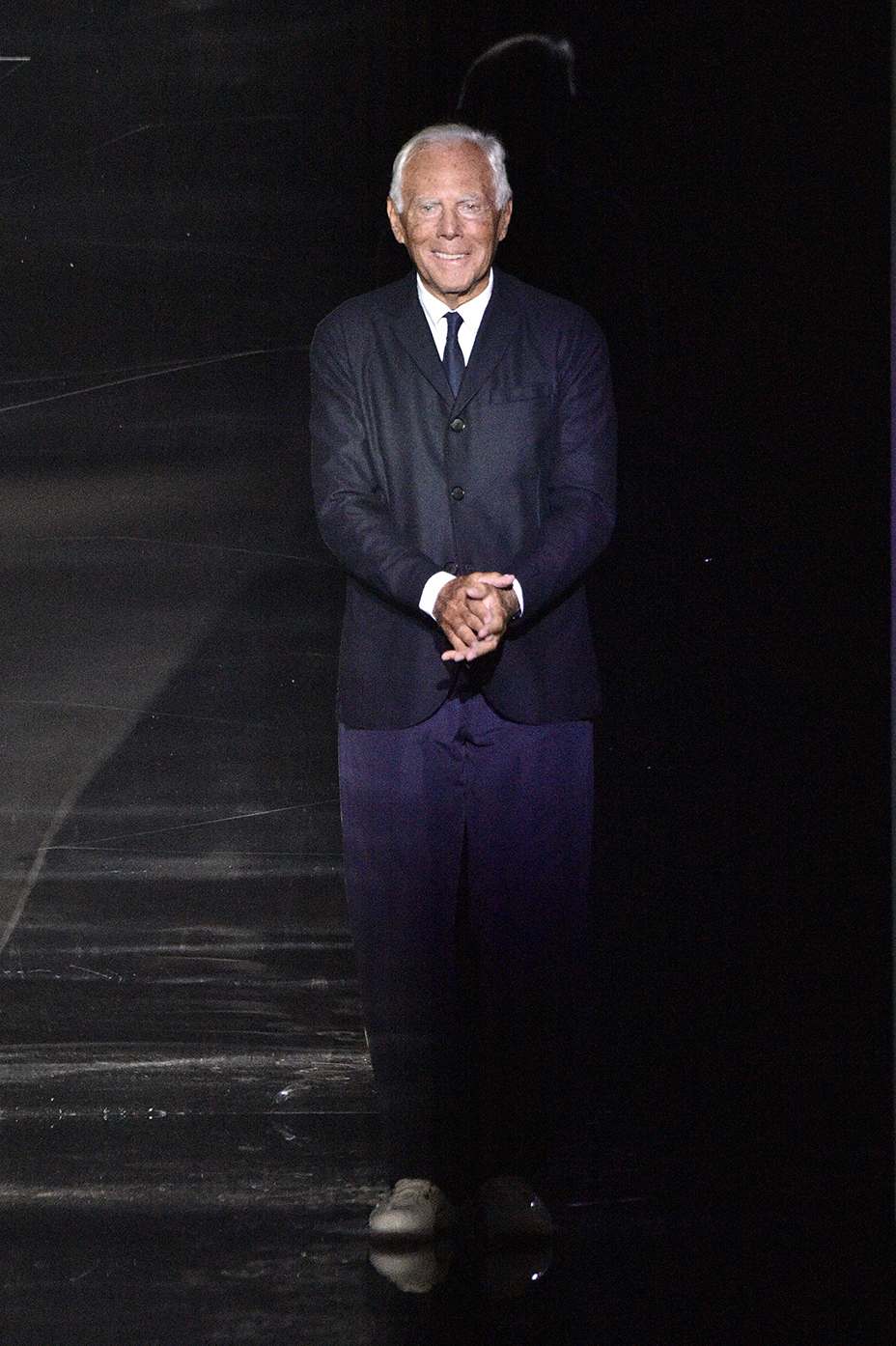 For Spring 2019, Armani was inspired by the play of light on a variety of shapes and elements, notably a pool of water, and what that might look like in fabric and structure. The idea allowed for layering of fabrics and combining two or more to create a unique depth, for example, or either highlighting or downplaying the shine of the layer closest to the skin.

The palette was mostly soft and pale — shimmering silver as well as beige and ivory, a range of sea-toned blues, and pinks that felt influenced by coral — while the lines were likewise relaxed and fluid. There were plenty of Armani jackets, of course, loose-fitting with rounded shoulders to emphasize the ease of this collection. 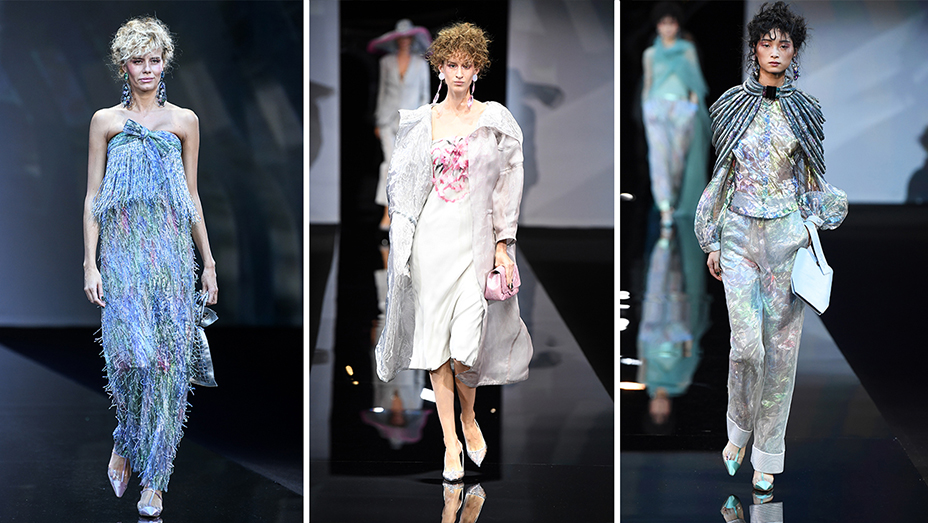 Watercolor prints, accents of iridescent paillettes and a few bags that looked to be inspired by netting might make it easy to say the collection boasted an “under the sea” theme, but many of these clothes were more thoughtful than that. A few pieces employed Fortuny-like pleating that, when gathered around the body, created their own sense of soft structure.

Armani also is not immune to the athleticism driving fashion, pairing some of his evening looks not with his more polished shoes, but with a mesh ankle boot featuring a (slightly) rugged rubber sole.

And that’s when it occurs to you that the ivory silk blouse with the subtle draping on its high neckline worn by Blanchett also took its cue from Armani’s current fascination with light and structure; its tone and understated shine called to mind the smooth interior of a seashell. But with the look, no sneakers for this style star: Blanchett instead wore classic black pumps. 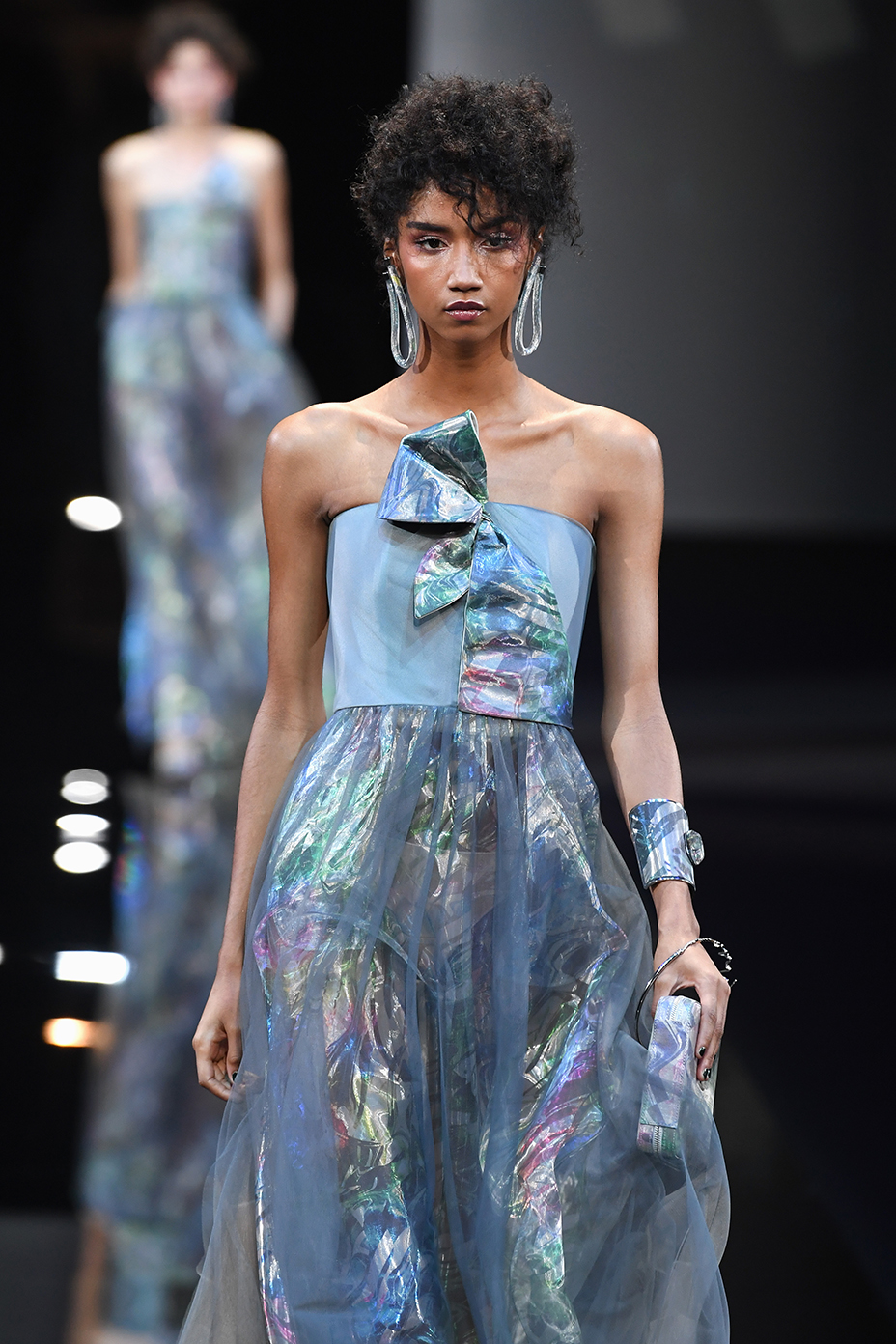 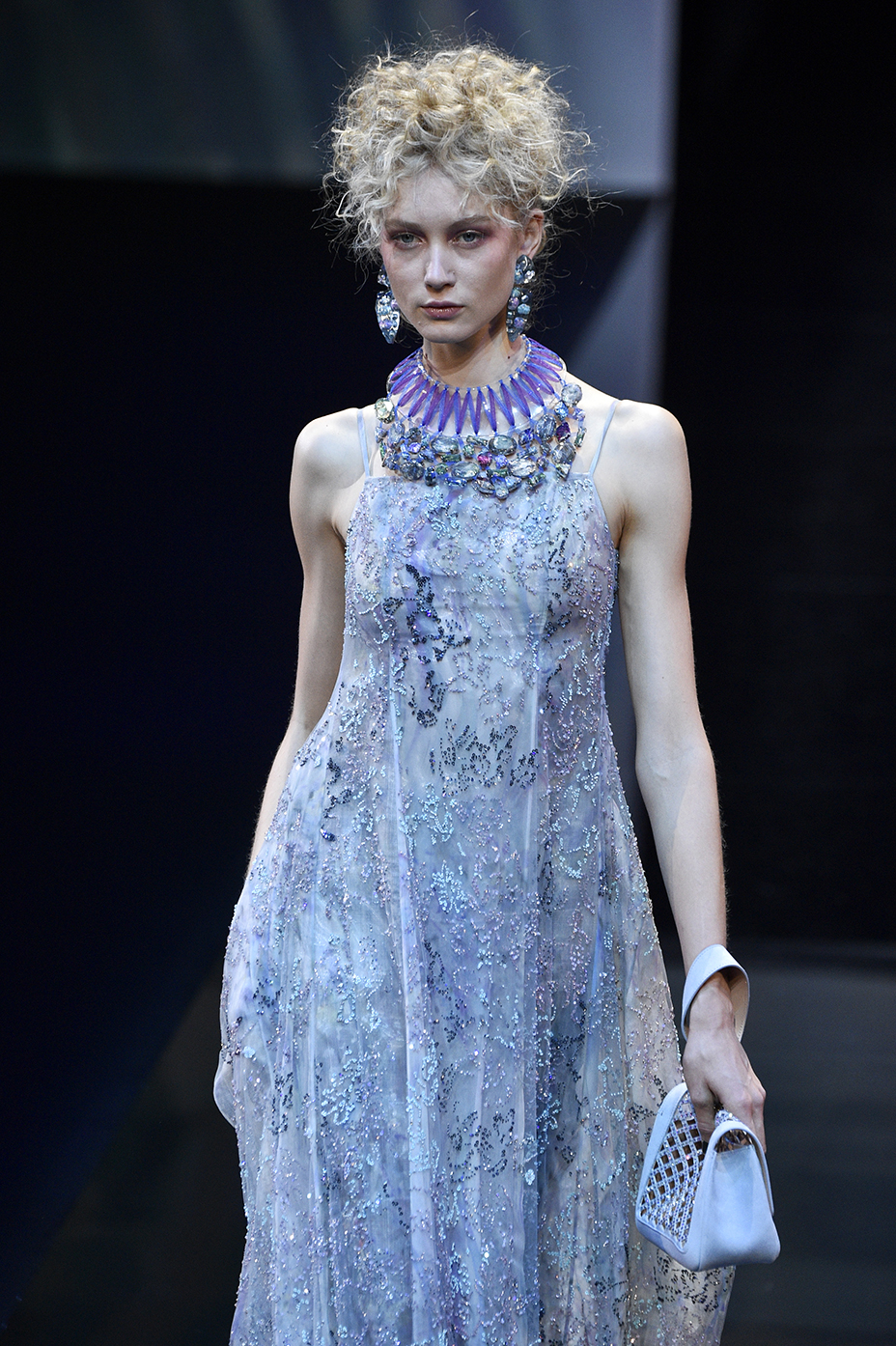