“What an honor to stand on the stage of La Scala,” Cate Blanchett remarked following a performance of three dancers from the legendary venue’s Academy, which includes a ballet school founded in 1813.

Amid such a venerable history, fashion A-listers wrapped up a week of Milan Spring 2019 collections with a celebration that put the industry’s focus squarely on the future. This is just the second year of the Green Carpet Fashion Awards, presented by brand consultancy Eco-Age, the Camera Nazionale della Moda Italiano (the country’s governing body for fashion) and its “Made in Italy” program, which promotes not only the country’s handcraft, but its focus on sustainability as well. 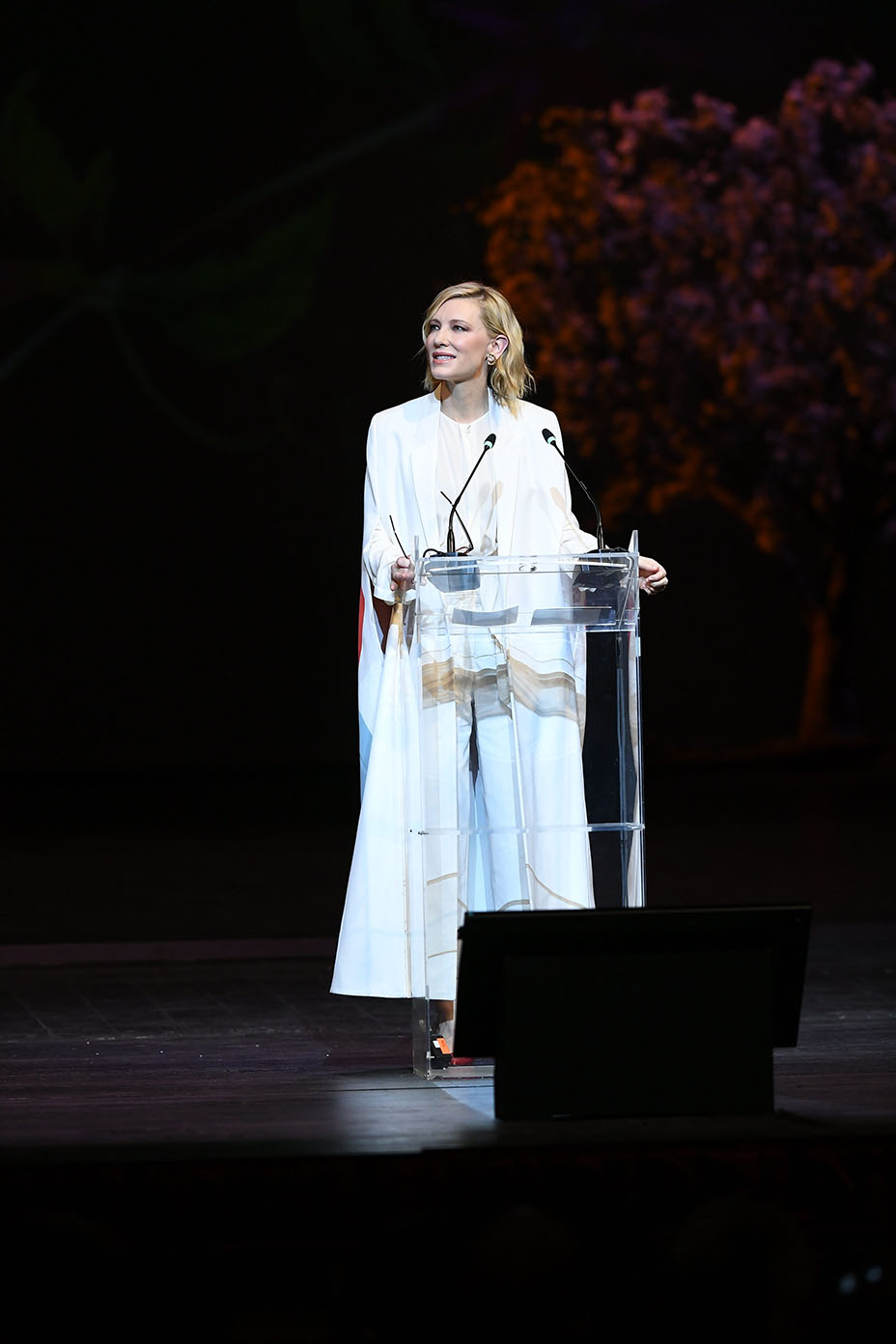 The event has been dubbed “the Oscars of sustainable fashion,” though Livia Firth, Eco-Age’s creative director and founder of the Green Carpet Challenge, hopes that nickname soon will be amended simply to “the Oscars of fashion.” (While that’s a laudable idea, these awards, with some exceptions, seem to focus on Italian brands; to achieve a truly global position, perhaps Eco-Age and the Camera Nazionale should partner with the Council of Fashion Designers of America, the British Fashion Council, and France’s Federation de la Haute Couture et de la Mode?)

This year’s ceremony highlighted the beauty of nature with an event design by Vogue international editor-at-large Hamish Bowles. The typically bustling Piazza della Scala was closed for the evening and transformed into a garden — responsibly, of course. A green carpet splashed with a print of flowers and hummingbirds was crafted of more than 1,700 square meters of nylon regenerated from discarded fishing nets and other waste, while many props were rented rather than newly built. 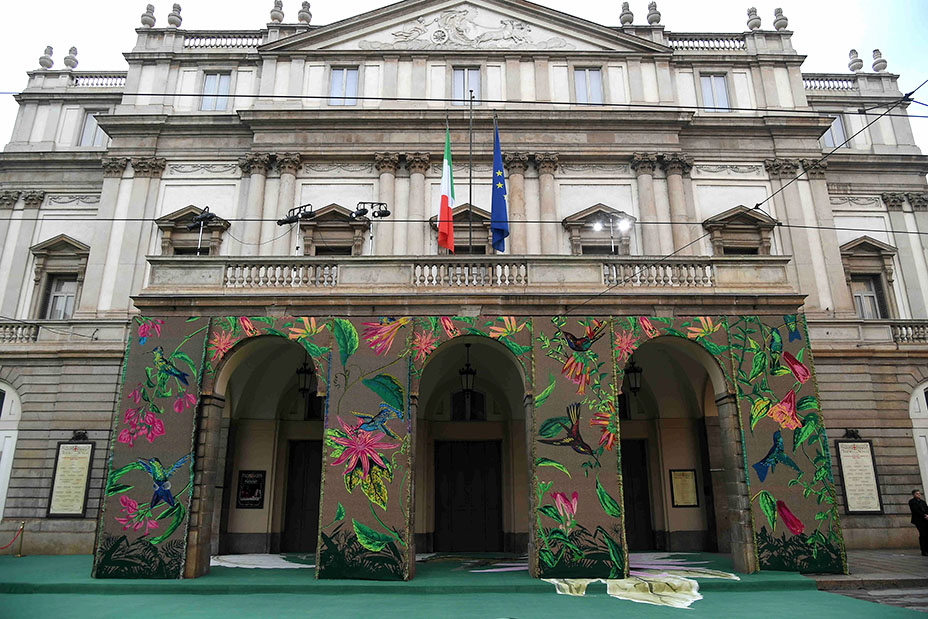 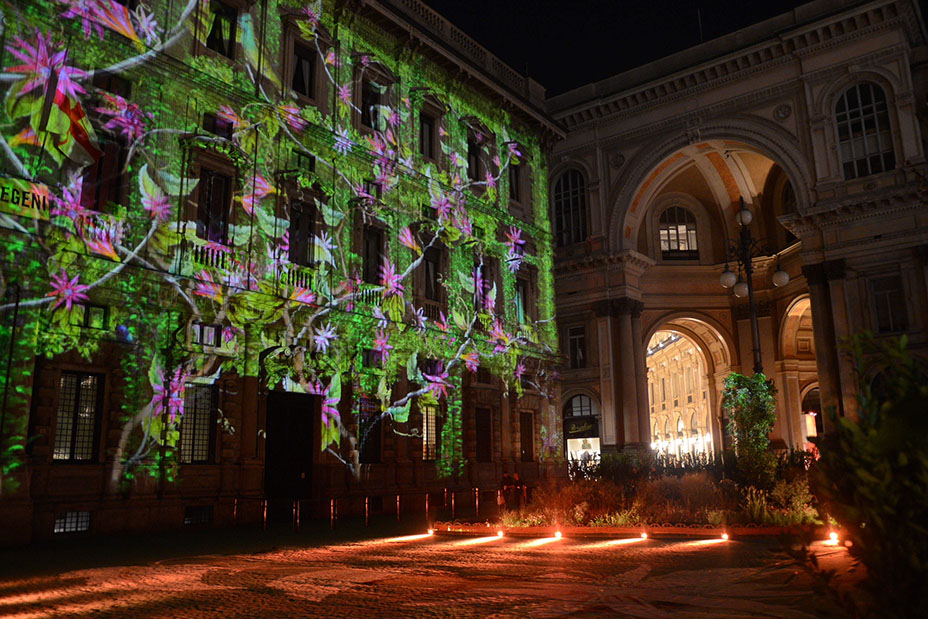 Many gowns at this black-tie event likewise put an accent on recycling and sustainability (Eco-Age certifies each guest’s look to ensure it meets required standards). Attending with husband Colin Firth, also among the night’s presenters, Livia wore a vintage turquoise Laura Biagiotti dress from 1981. Blanchett, who on the opening night of the Cannes Film Festival this past May made a point of wearing the same Armani Prive gown she wore to the Golden Globes in 2014, chose another look from that same year for Sunday evening: an ivory jumpsuit with a matching cape that featured an oversized red heart, both from Stella McCartney’s 2014 Green Carpet collection and crafted of fabrics from recycled materials. Cindy Crawford’s emerald-green Versace gown was made using organic silk and featured a strapless bodice embellished with lead-free Swarovski crystals.

Julianne Moore’s flowing violet-hued custom jersey gown by Salvatore Ferragamo creative director Paul Andrew employed PerPETual, a material made from plastics recovered from oceans and recycled to become a type of yarn. Many of the women on the red carpet, including Moore, also wore jewelry by Chopard; the jeweler crafts the Green Carpet Fashion Awards trophies and announced earlier this year that, as of this summer, all of its watches and jewelry would be produced using 100-percent ethical gold.

On the front row for Ferragamo’s Spring 2019 presentation the morning before, Moore had been invited to present the night’s Art of Craftsmanship Award, which was won by the Italian house’s cobblers — more than two dozen of the artisans, wearing their traditional white workroom coats, joined company president and CEO Ferruccio Ferragamo onstage to accept the prize. “Both in the family and in the company, we’ve always believed in responsibility and innovation, and in sustainability as a necessary and positive challenge,” Ferragamo said, adding that he wanted to step back for a moment so the artisans could be celebrated. “I would like now to have your thoughts only for them, because it’s thanks to them and all the people who cannot be physically here that we honor what we have done at Ferragamo.” 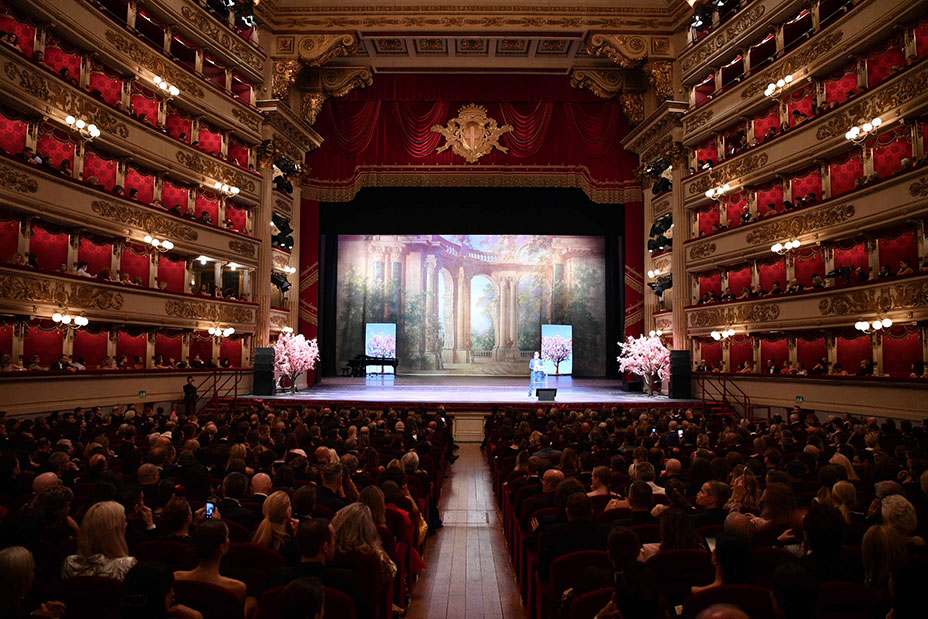 Fourteen awards were presented at this year’s ceremony. You likely would not know several of the winners, but honoring those on the sourcing and production side recognizes outstanding efforts while highlighting the idea that sustainability starts at the roots of the process. Blanchett, for example, said she was proud to present the night’s Eco Stewardship award to a group of wool farmers from her native Australia, “who are genuinely leading the sustainability charge, and in an aspect of the fashion industry that is foundational: the production of Merino wool,” she said. “An ambitious program of reform has seen the best Australian woolgrowers set new benchmarks for producing this most precious natural fiber. Of course, nobody tells this tale better than those working to progress this critical movement.”

“We love our work; we love our sheep,” said Matt Dunbabin of Australia’s Bangor Farm. “Every day, woolgrowers across the country are caring for their animals and the land in a passionate and sustainable way, ensuring that when you are wearing wool, you are also caring for the environment. Woolgrowers have always known this is the case, and it is fantastic that this has been recognized by the fashion industry.”

Before guests strolled across the piazza’s temporary garden for a private dinner of risotto and prawns at Milan’s City Hall, the night’s final honor, the Changemaker Award, went to Donatella Versace. The trophy was presented by Crawford, who called the designer “a dear friend, a fashion icon and a legend … for her leadership in taking a stand against fur, for designing and building green retail spaces, to a Versace culture that puts people and their well-being at its center, Donatella is a leader for change and an example to us all.”

Many of the night’s speeches were intended to inspire audience members to think about their own daily practices, and Versace’s was no exception. “I know that it sounds obvious, but we are running out of time to save our planet,” she said. “If everyone does a little something to contribute, things would improve dramatically.” 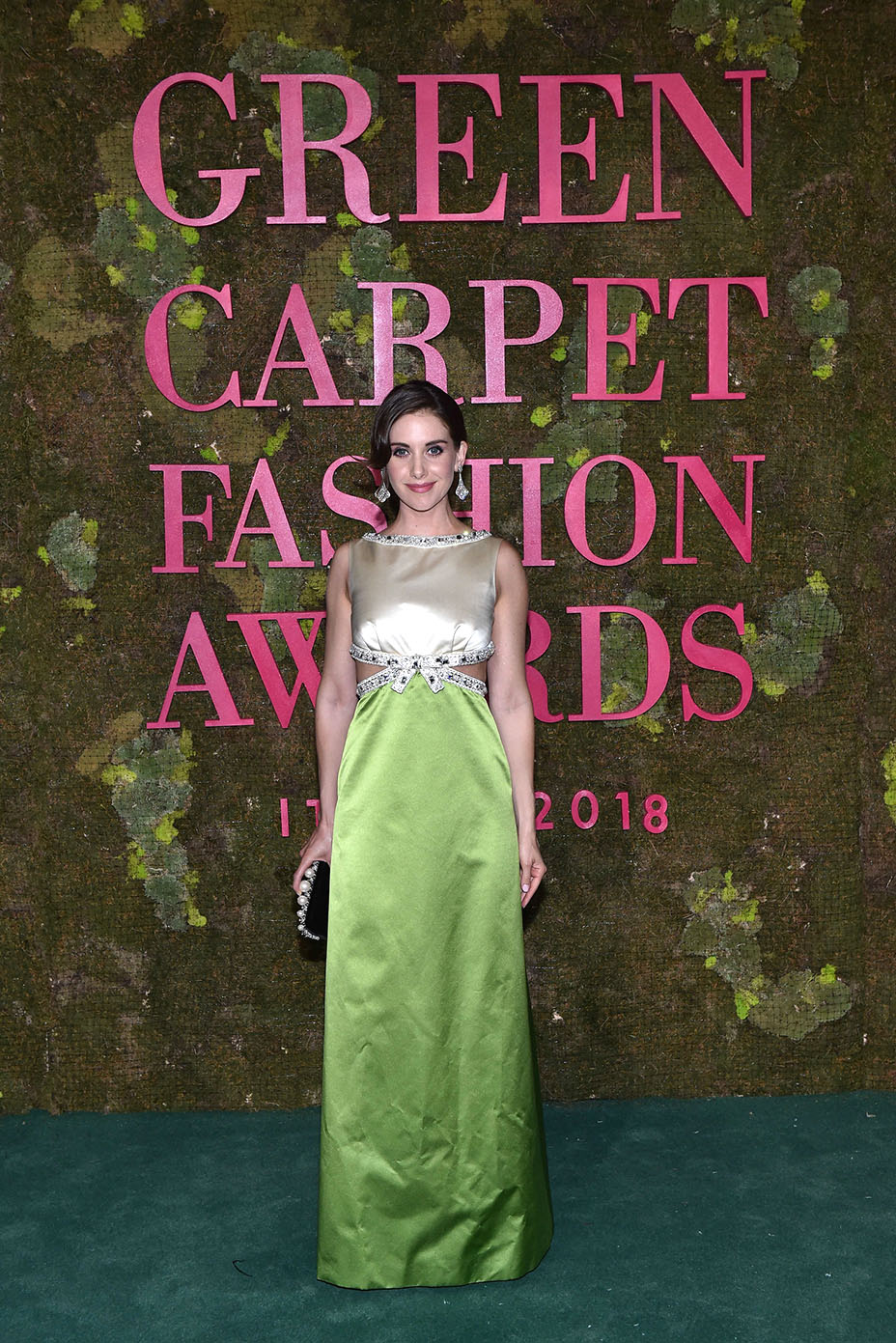 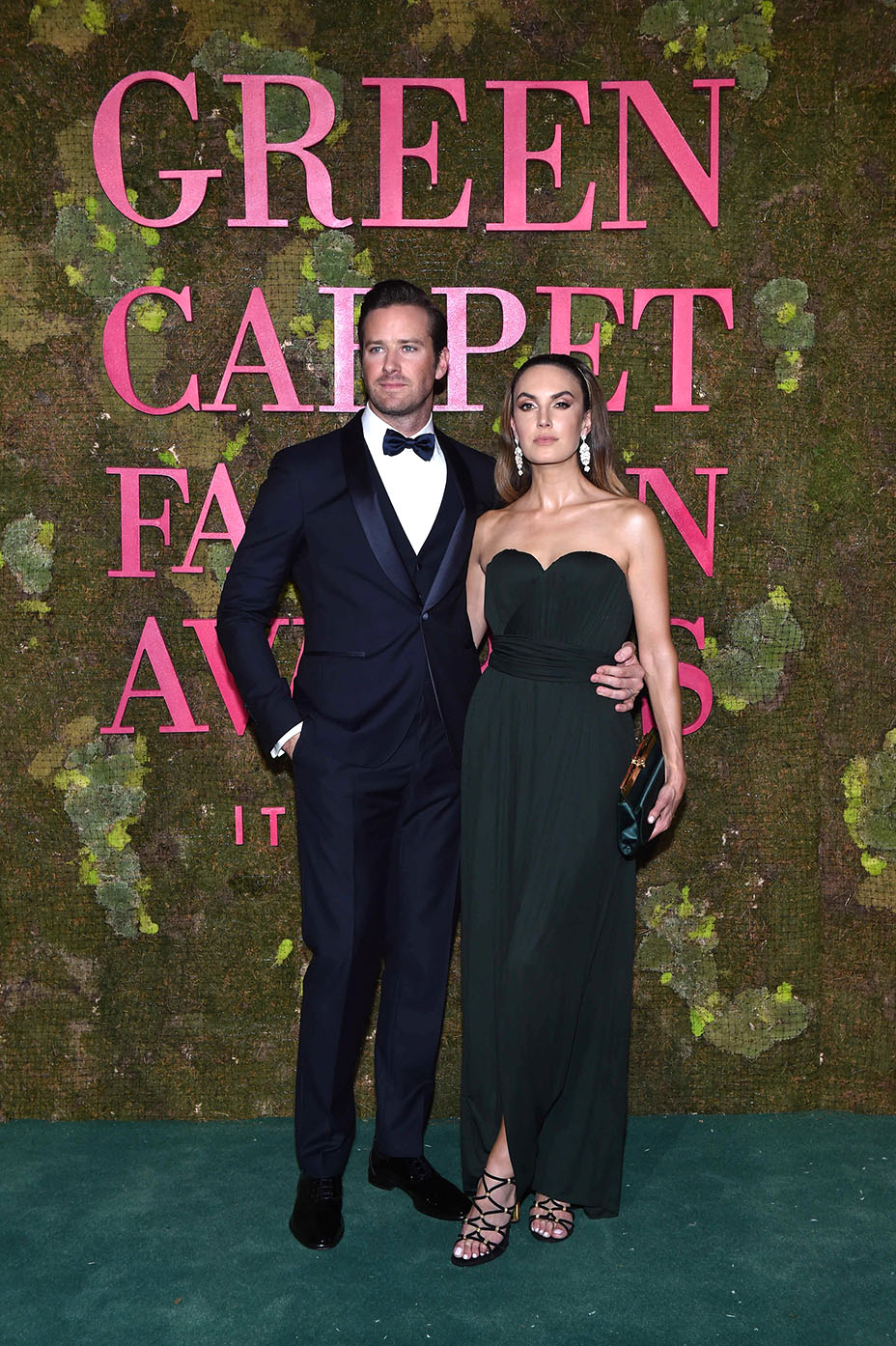 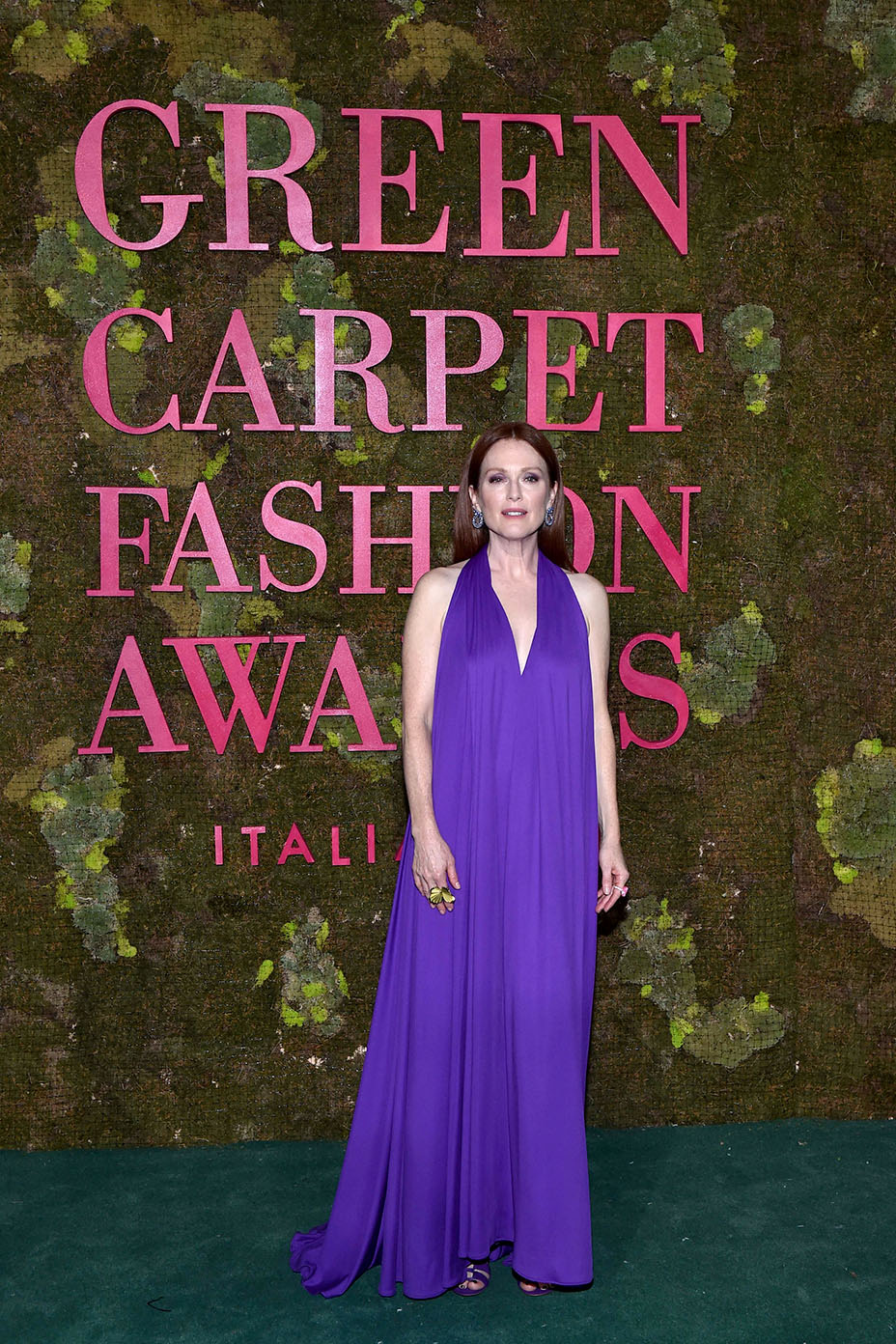 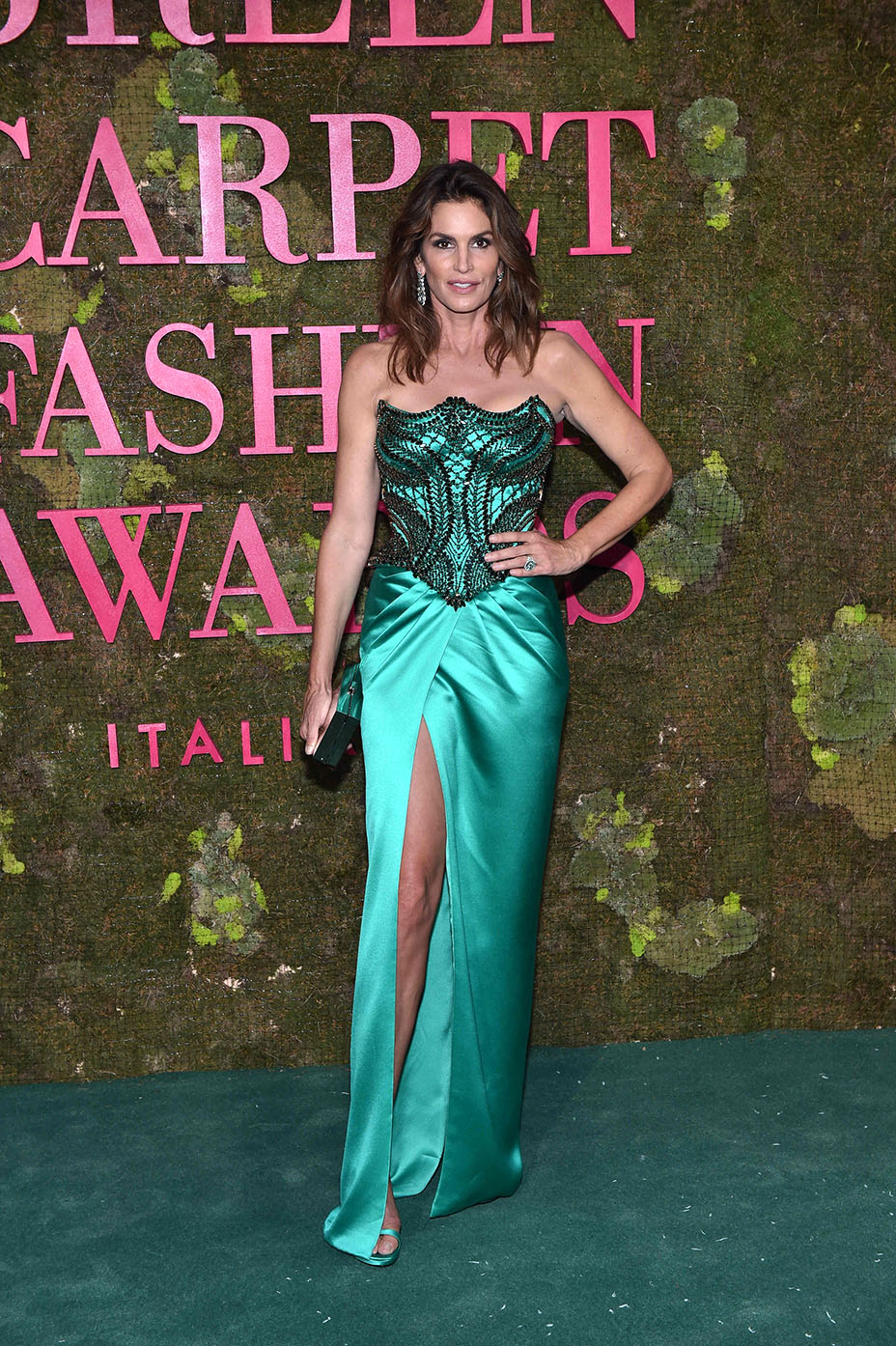 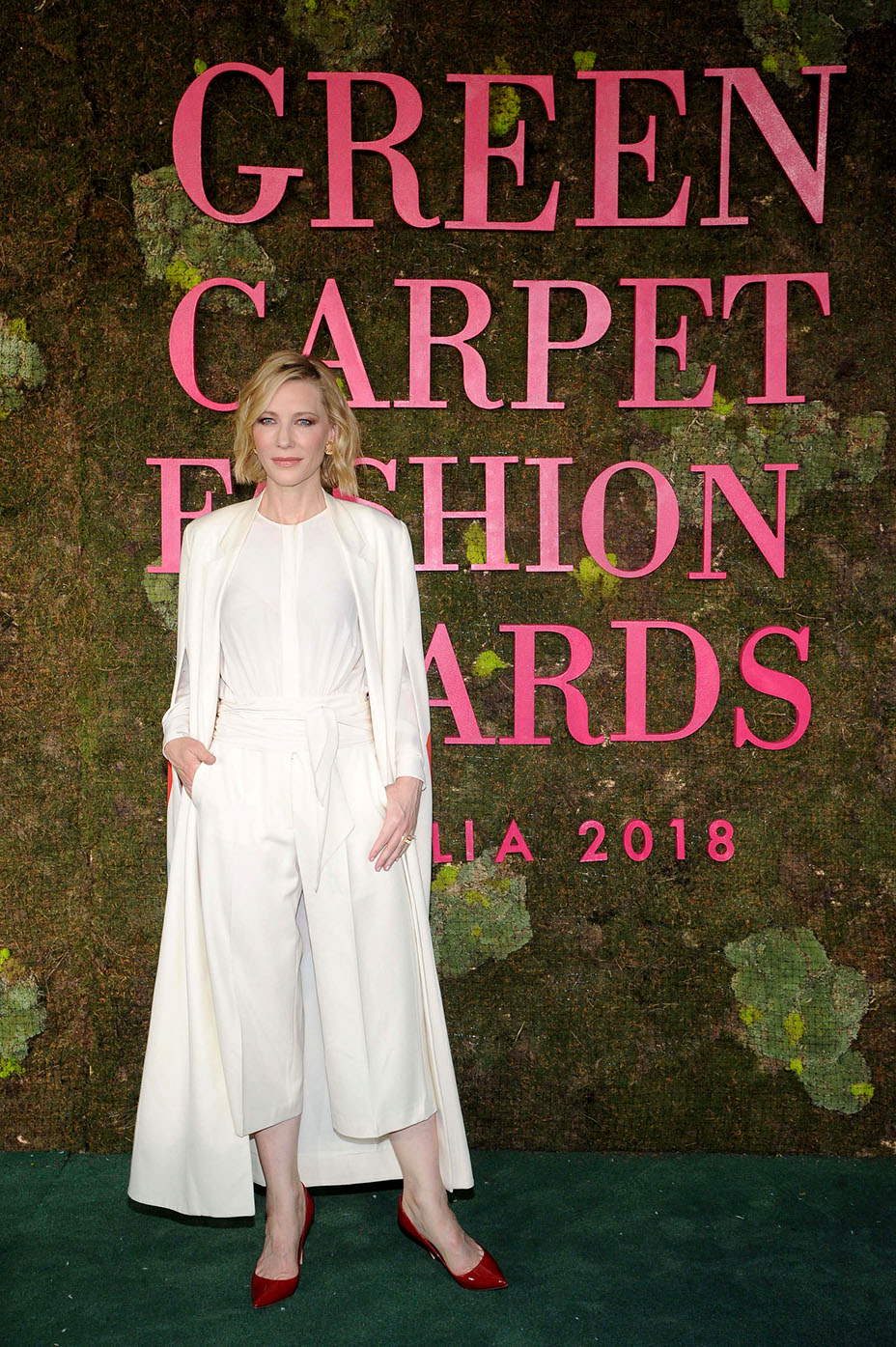 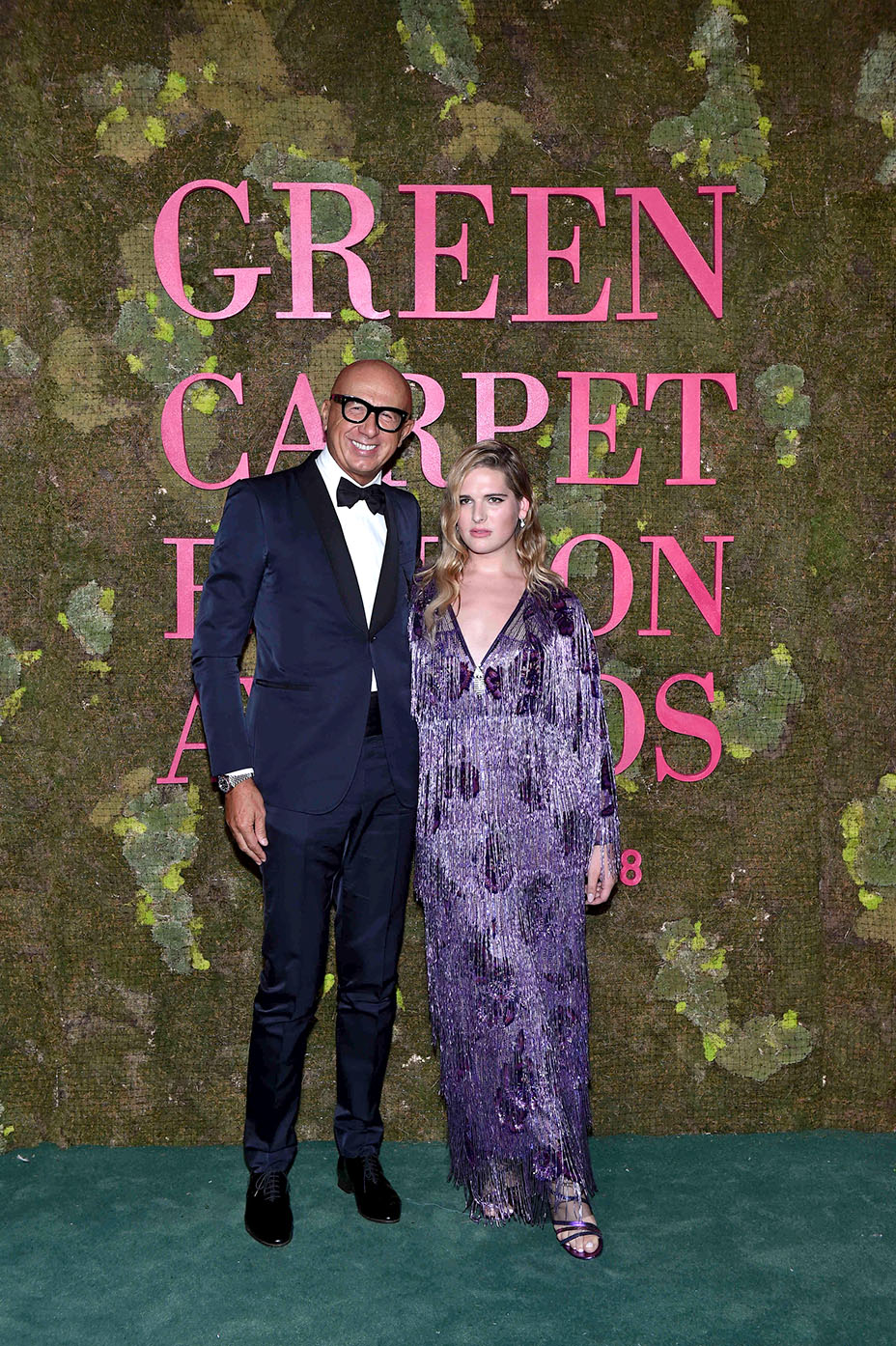