For his fall/winter 2019 Milan show, Gucci creative director Alessandro Michele pulled from his deep love of all things ancient and androgynous with a theme of otherworldly masks. As usual, Gucci spared no expense, even sending out invites to the show in the form of 3D plaster masks.

Michele aimed to reinvent the classic idea of a masked disguise as a means to find authenticity. “The mask, in fact, lets us show ourselves as we please and play our acting role as we think is best,” wrote the brand in accompanying show notes. “It’s the possibility to choose how to exercise our freedom to show ourselves through a powerful filter that constantly selects what we want to share about us and what we want to conceal instead.”

In addition to full-on leather and plastic face masks, Michele used jewelry as masks, with large golden earrings and headpieces morphing across the faces of the models. Accessories of bondage-themed bold leather and giant spikes contrasted across softer pastel beaded gowns and floral prints. In the spirit of otherworldliness, some models wore giant black contacts to cover their eyeballs and sported bleached eyebrows, melding the vintage past with a robotic future. 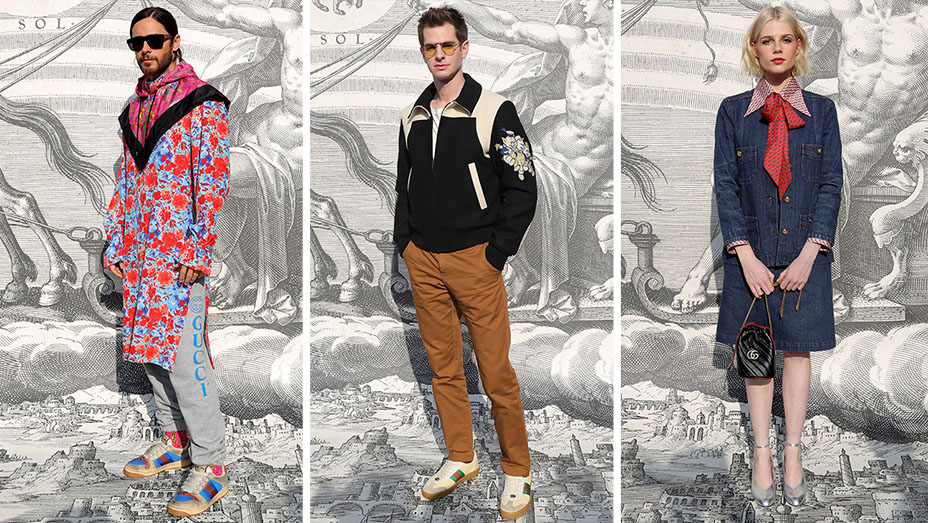 Michele designed a 100-meter mirrored runway complete with a backdrop of 120,000 LED lights, which shape-shifted according to the gothic operatic music as models nonchalantly walked across the stage. The audience was seated in a pyramid shape, showing the high percentage of VIPs in the front row. 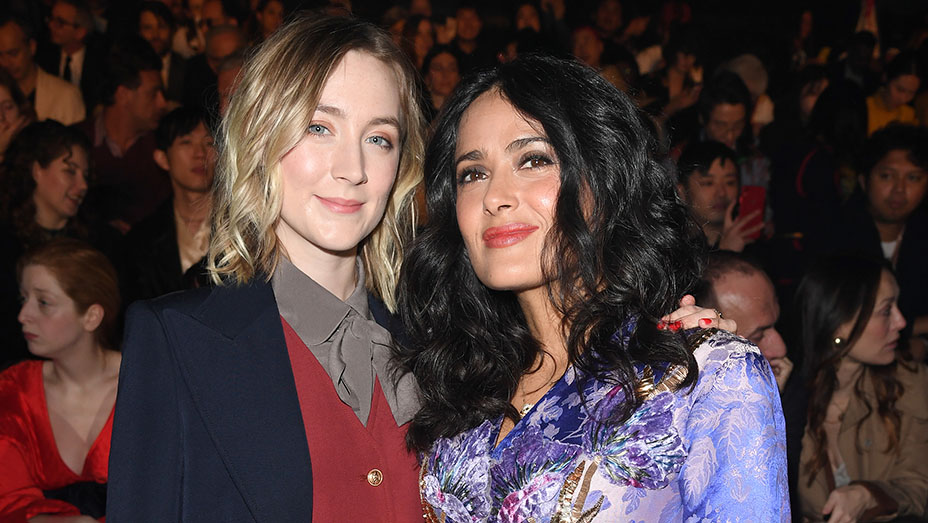 Saoirse Ronan was a model for Gucci’s epicene fall/winter code, wearing a three-piece suit in a mix of navy, rust, gray and orange, tied together with a watch-chain belt. Salma Hayek Pinault wore a metallic purple floral number, with plenty of feminine embellishments including gold brocade and red fur trim.

Gucci super-fan Jared Leto showed up in his favorite floral uniform, this time decked out in a technicolor blue and red cape-coat over branded sweatpants and rainbow-striped skateboard shoes. The sweeping hood of his coat served as his own mask as he disappeared under the hood as photographers angled to get a glimpse of his covered face. 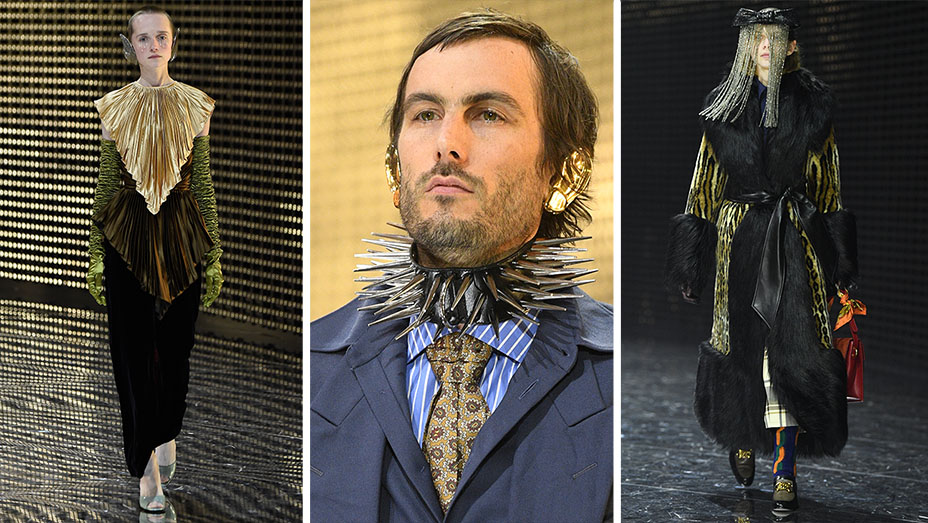 Reviews of the mask-themed collection were mixed, with some pointing out similarities between the custom-made accessories and those used in popular culture, from the Ghibli character Kaonashi (Spirited Away’s No Face) to the white plastic masks donned by popular dance crew Jabbawockeez.

Who wore it best, Gucci? pic.twitter.com/uzPsuAaXx9

This year’s runway also included a greater mix of diversity among the models representing the high-fashion brand. In response to removing a controversial sweater that resembled blackface, Gucci recently announced it is making immediate new global and regional hires for diversity and inclusion, launching an awareness program and creating a multicultural design scholarship program.