Continue to The Hollywood Reporter SKIP AD
You will be redirected back to your article in seconds
Skip to main content
May 4, 2017 3:51pm

It’s fair to expect the most from Miley Cyrus, fashionwise — she’s worn everything from strap-ons to conversation-provoking faux dreadlocks in the past few years. But, following her 2015 SoundCloud-released album, Miley Cyrus & Her Dead Petz, the singer is working on a sixth studio album that’s more of a homecoming to her country roots.

“All the ­nipple-pastie shit, that’s what I did because I felt it was part of my political movement, and that got me to where I am now,” Cyrus exclusively tells Billboard. “I’m evolving, and I surround myself with smart people that are evolved.”

For her cover shoot for Billboard’s May 13, 2017, issue, Cyrus brought back vintage pieces from her own huge closet — which is color-coded and even fabric-coded. The new direction in her style is reflected in her art. Check out the country-inspired looks that the singer styled herself from her Malibu home shoot. 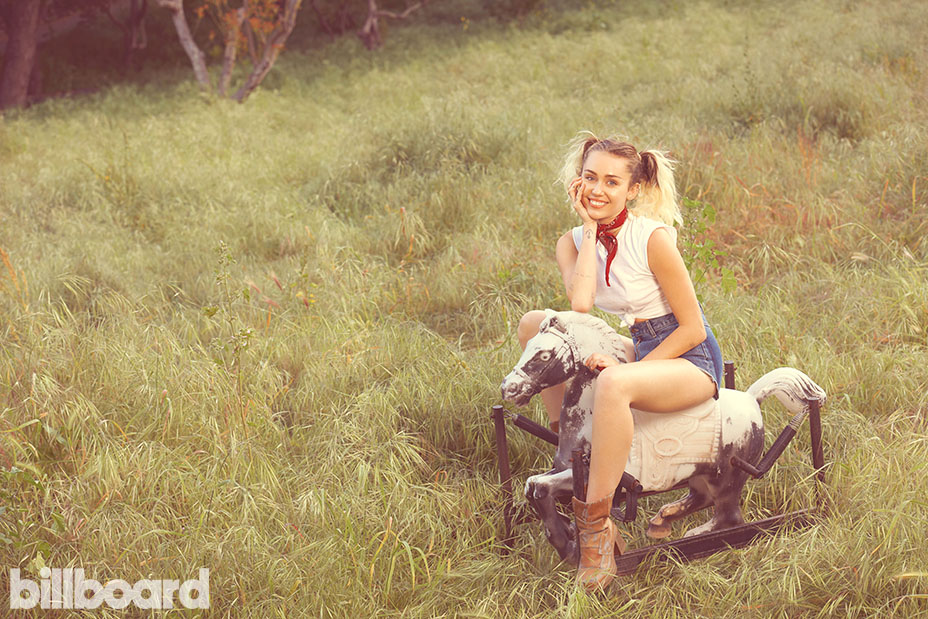 Cyrus dresses up a simple white tee and Daisy Dukes look with a red-bandana necktie. 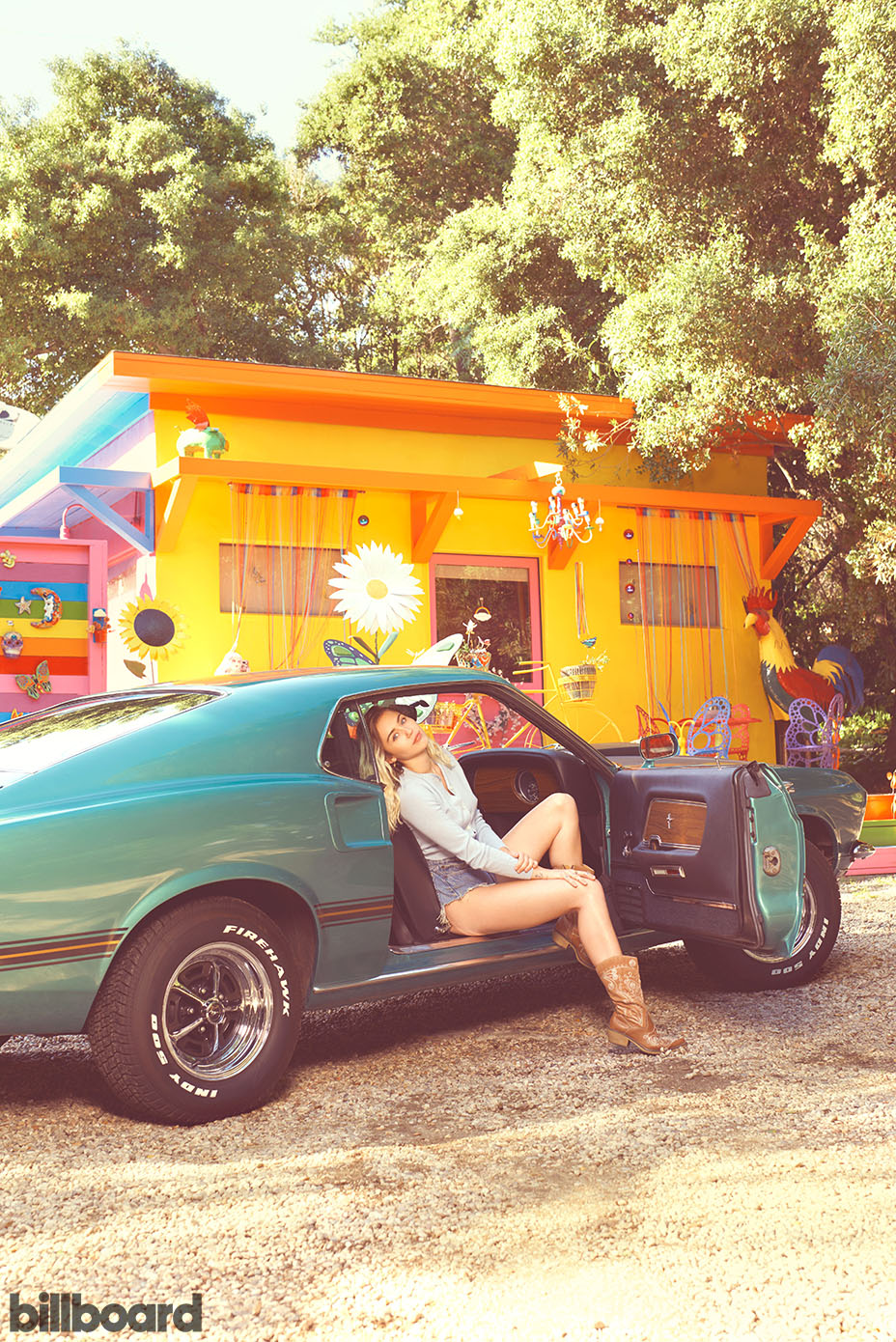 Parked in front of her Rainbow Land recording studio, Cyrus steps out of the car in vegan cowboy boots, Daisy Dukes and a baby blue long-sleeved shirt for a more casual look. 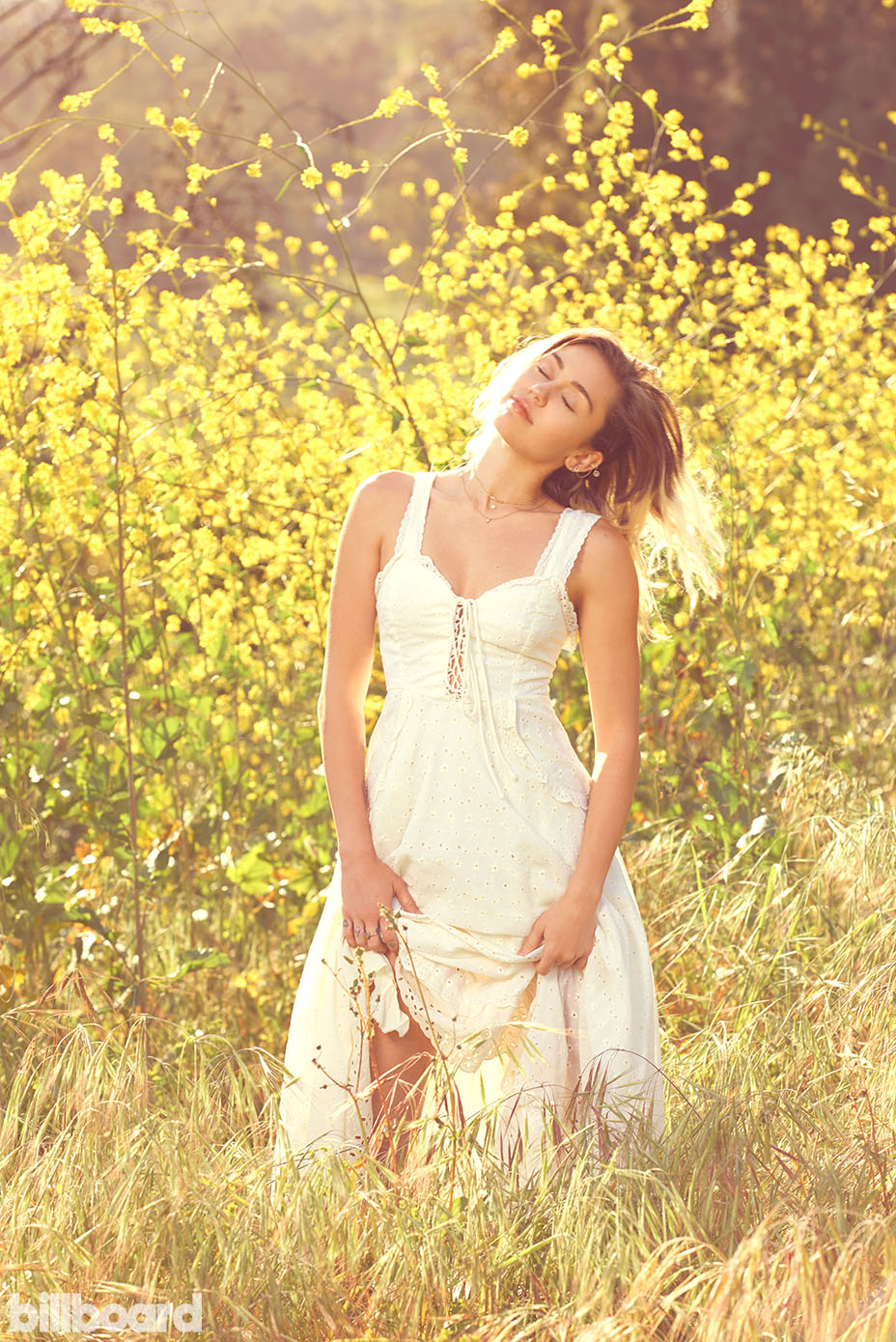 The singer wears a vintage, summery white maxi-dress with a lace-up bodice. 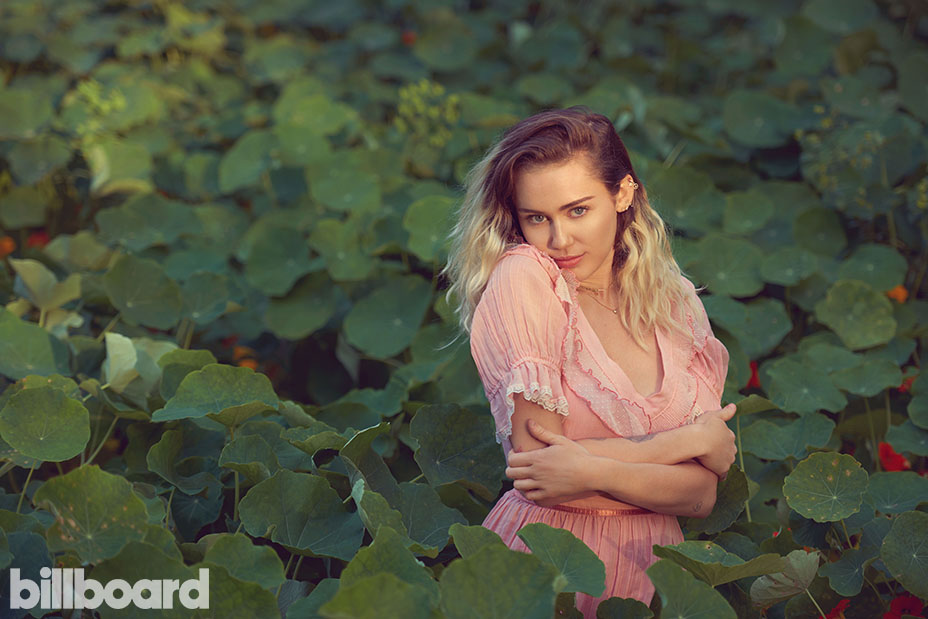 The pink frills and lacy details of Cyrus’ vintage piece — probably a sophisticated sleeping gown — create a soft and feminine look in the singer’s repertoire that we haven’t seen in a while.

This article originally appeared on Billboard.com.