Millie Bobby Brown is a rising star on the red carpet, and on Sunday night, it was no different.

The 13-year-old actress, styled by Thomas Carter Phillips, stepped out in strapless white Calvin Klein By Appointment dress with a full tulle skirt and an ivory bandana tie, looking like a pint-sized princess (albeit a sleek, Calvin Klein princess). 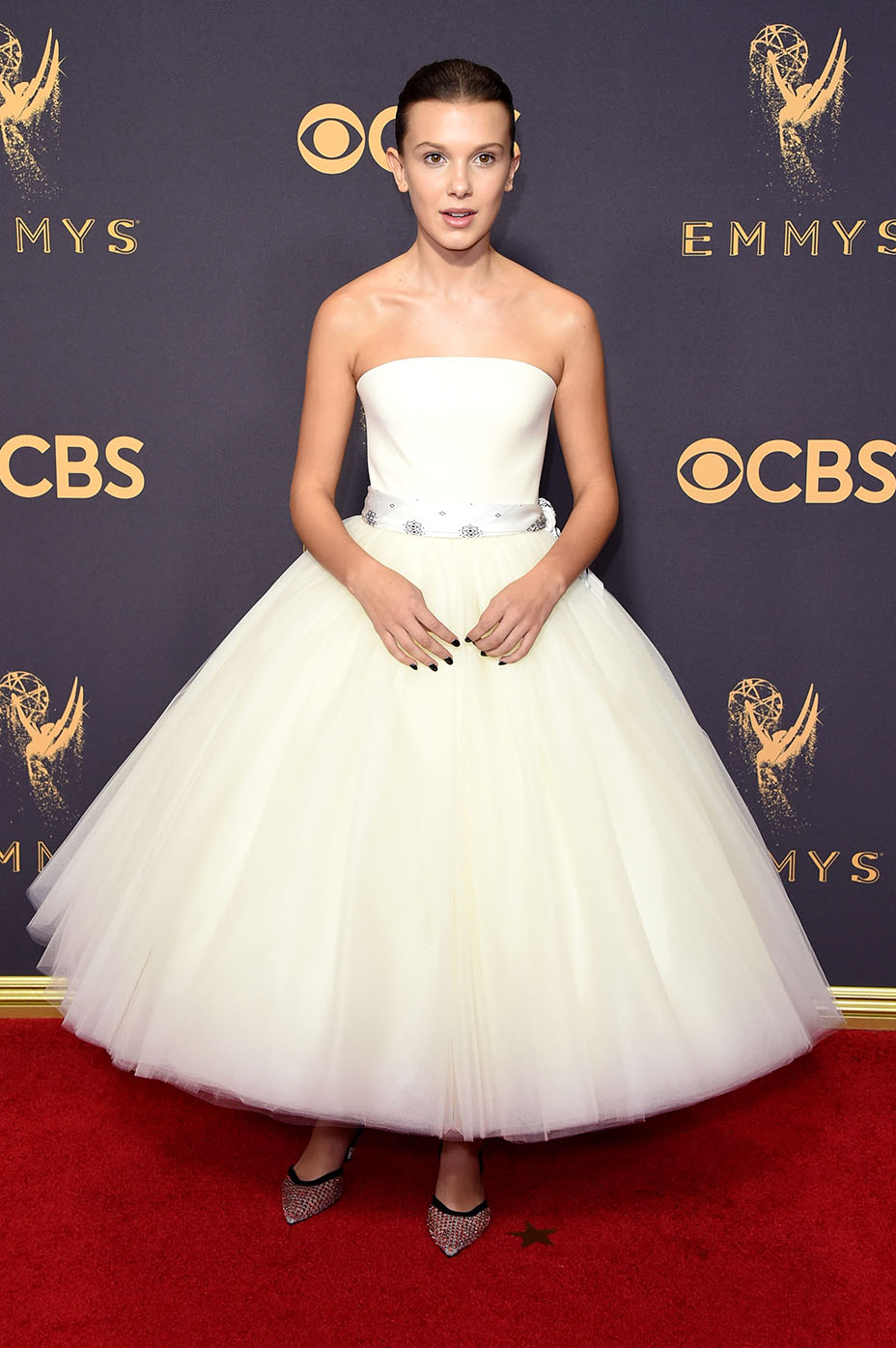 The actress is nominated for best supporting actress in a drama series for her role in Netflix’s Stranger Things. Fellow nominees include Uzo Aduba (Orange Is the New Black), Ann Dowd (The Handmaid’s Tale), Chrissy Metz (This Is Us), Thandie Newton (Westworld) and Samira Wiley (The Handmaid’s Tale).

In addition to her Emmy nom, the English starlet has also made waves in the fashion industry. She has served as a muse for Calvin Klein’s Raf Simons and signed with IMG Models in February.