Tastemakers Camilla Belle, Guy Burnetand, and George Kotsiopoulos gathered on the rooftop of Petit Ermitage on Wednesday to sip on Volcan De Mi Tierra, the first tequila venture for the Moët Hennessy portfolio, which also owns premium spirits Belvedere and Dom Perignon and is a part of the group that owns luxury fashion labels Louis Vuitton, Fendi and Christian Dior.

Guests were some of the first to try the label’s two expressions: the Blanco ($39.99), a lighter, fruit-forward version used to make passed paloma cocktails and refreshing watermelon mixed drinks, and the more herbaceous and smooth Cristalino ($59.99), which is aged 12 to 18 months and great for sipping. Trio Ellas, an all-female Latin-American music group, played upbeat music while attendees indulged in elevated Mexican-food staples like carnitas tacos, seared ahi tuna and ceviche. 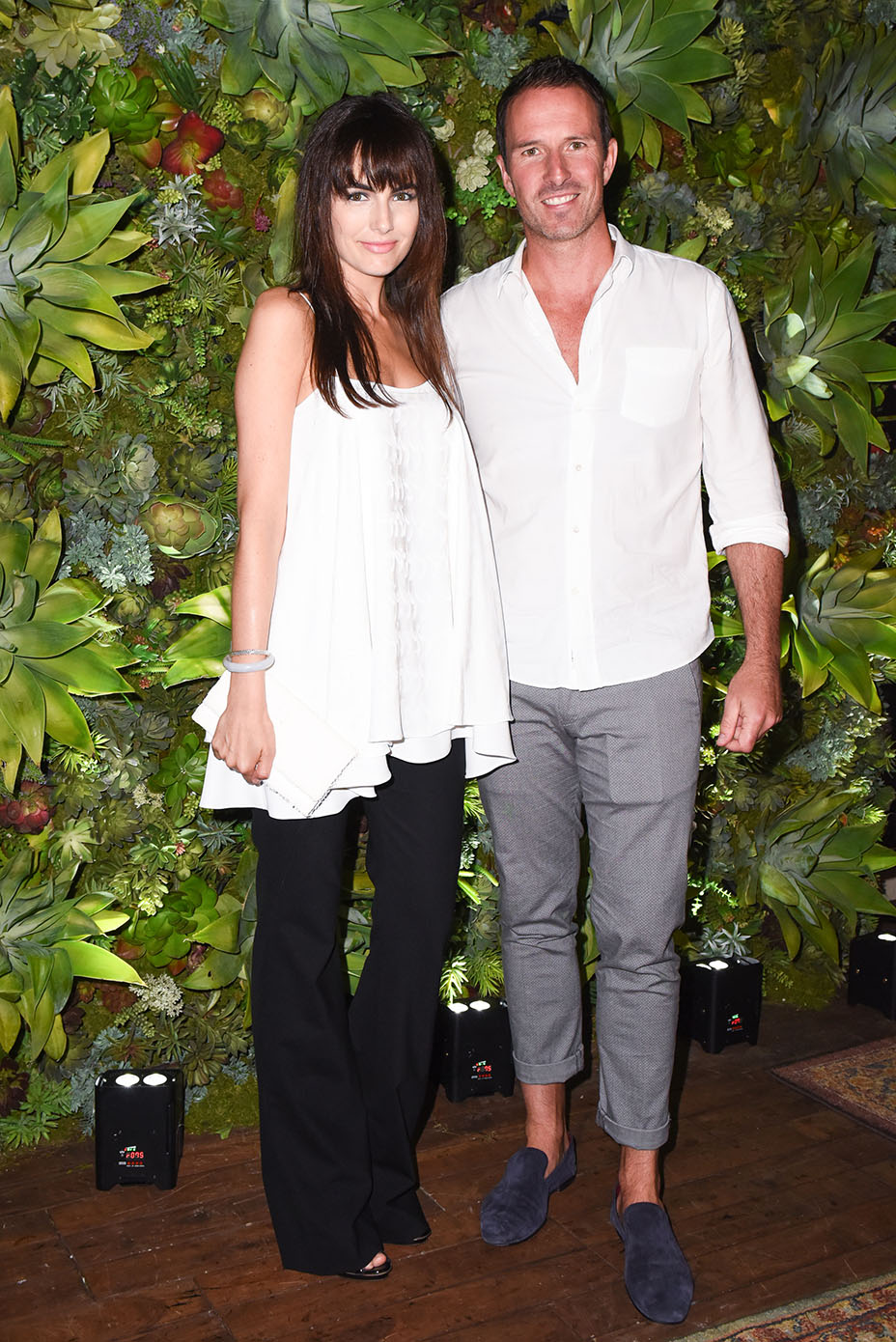 “We have, undoubtedly, some of the greatest brands in the world, but we do still have some holes — and the biggest hole was tequila,” says CEO and president of Volcan De Mi Tierra, Trent Fraser, of the brand’s decision to partner with Mexico’s Gallardo family and finally break into the tequila market. He also noted the room for growth and recent development of the tequila industry and versatility of the way consumers can drink the distilled spirit were large reasons for making the move.

The tequila is produced in the lowlands at the base of a 200,000-year-old volcano literally named “Tequila Volcano” in the Jalisco region of Mexico where the rich volcanic rock and soil is ideal for producing blue agave. “Our story is built on the land, and we have made a rich, mature, complex tequila,” explains Fraser, who adds that both experienced and novice tequila drinkers can enjoy this brand. “I think that is what sets us apart.”

The label is looking to build a steady foundation by starting off modestly, selling in just a few places across the U.S.: Los Angeles, New York, Miami, Chicago and a few cities in Texas. “It’s important to gain the credibility from people who adore tequila,” says Fraser. Starting July 15, the tequila will be served in select restaurants and bars, too. “We want to be at the Chateau but also in Venice and downtown or for New York at the Four Seasons but also at places in Bushwick and Red Hook.”