Just a few weeks ago, Carolina Herrera held her spring 2018 collection in the Museum of Modern Art’s tranquil Abby Aldrich Rockefeller Sculpture Garden. Herrera is one of many designers who have embraced the art world as a source of both enduring inspiration and storied venues to stage unforgettable shows. MoMA in particular houses one of the world’s foremost modern art collections, but its latest exhibition, opening Sunday, will swap Picasso for pearls and Matisse for miniskirts.

Titled Items: Is Fashion Modern?, the exhibition is the museum’s first foray into fashion since 1944, when Bernard Rudofsky debuted his groundbreaking show, Are Clothes Modern? MoMA design curator Paola Antonelli enlisted a New York-based team, as well as several international consultants, to determine the 111 “items” that have left their imprints on the fashion industry and society at large. 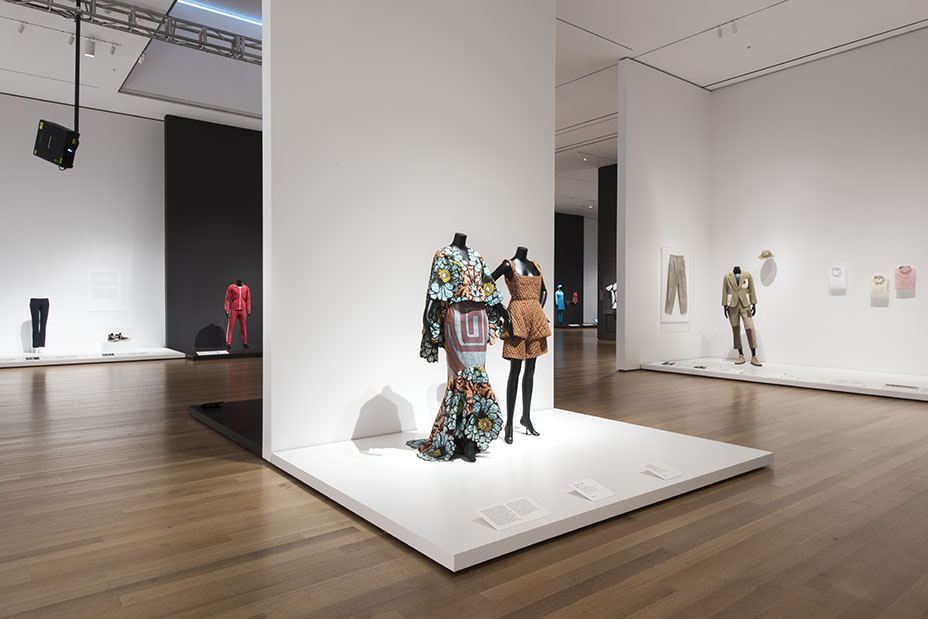 Occupying MoMA’s expansive sixth floor, Items is an ambitious show — more than merely a tracking of trends, Antonelli and her team sought to address industry issues ranging from sustainability and labor practices to diversity and religious modesty. While high-fashion exhibition regulars like Yves Saint Laurent’s Le Smoking and Alexander McQueen’s Armadillo platform heels are in the mix, non-designer wear like keffiyehs, saris and kente cloth reflect more everyday garb, as well as staples in non-Western cultures.

True to MoMA’s treatment of fashion through the lens of design, the exhibition itself is visually stimulating. Issey Miyake’s fiery A-POC creation creeps up one corner, highlighting the garment’s extreme length and MoMA’s massively high ceilings, which are also showcased by another wall on which 10 shift dresses tower at varying heights. Particularly notable is the exhibition’s integration of technology. Rather than having 20 graphic tees on display, images of popular designs (think the 1980s‘ “Frankie Says Relax” or today’s Supreme logo) are projected in rotation on a plain white shirt. About one third of the 111 items include reinterpretations by contemporary designers, many introducing tech elements such as a 3D-printed jacket and a fiber-optic slip. Guests can also put a literal spin on the stripes of a Breton shirt via touchscreen, or watch a video to learn how the Lab on the Skin, a data-collecting, skin-like membrane inspired by the Fitbit, works. 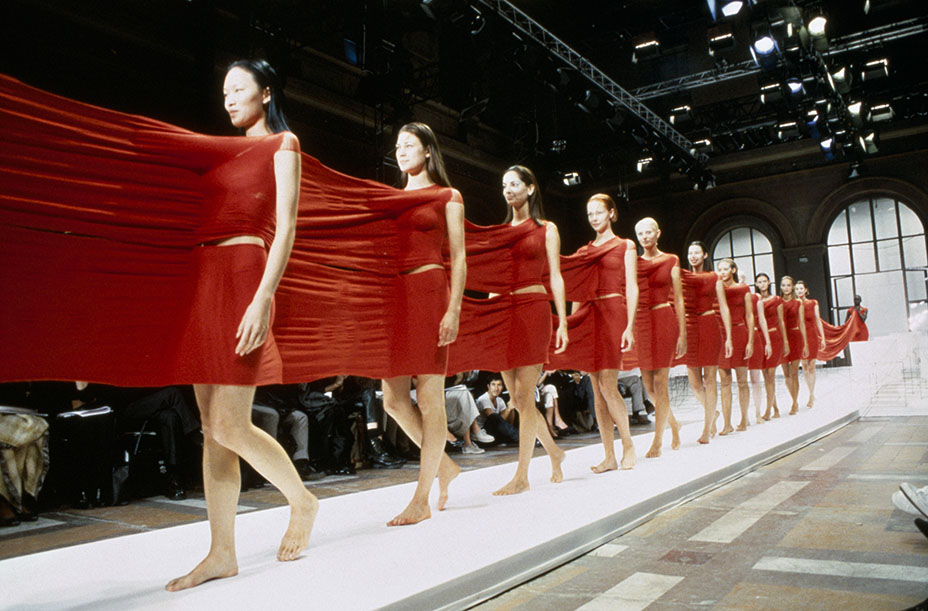 MoMA collaborated with 10 brands to create limited-edition merchandise based on pieces in the show. Mary Katrantzou, Marni and Rick Owens provided their take on the silk scarf (the Items example was by Hermès). French nail polish company Nailmatic created polish sets with colors ranging from a lustrous metallic black, representing the black leather jacket, to blush pink inspired by ballet slippers. Other items include Ray-Bans, Swatches, Breton shirts and a Ralph Lauren polo in a pink “weathered mesh” fabric with a reproduction of the brand’s original 1980s label (a dark green version of the Ralph Lauren polo shirt is being sold at the MoMA Design Store).

The full merchandise suite will be available on the museum’s second floor, the MoMA Design Store and the shop’s SoHo location. Visitors can also expect a concept space outside of the exhibition, where certain merchandise will be highlighted every few weeks. For example, while the MoMA store has a navy New York Yankees baseball cap, the sixth floor currently is offering a rainbow’s worth of the accessory. “We really wanted to focus on iconic designs that everyone knows, recognizes and responds to, much like the pieces in Items,” explains Chay Costello, MoMA’s associate director of merchandising. “All of the merchandise is limited edition. Fashion can be accessible, but it is also quite covetable.” 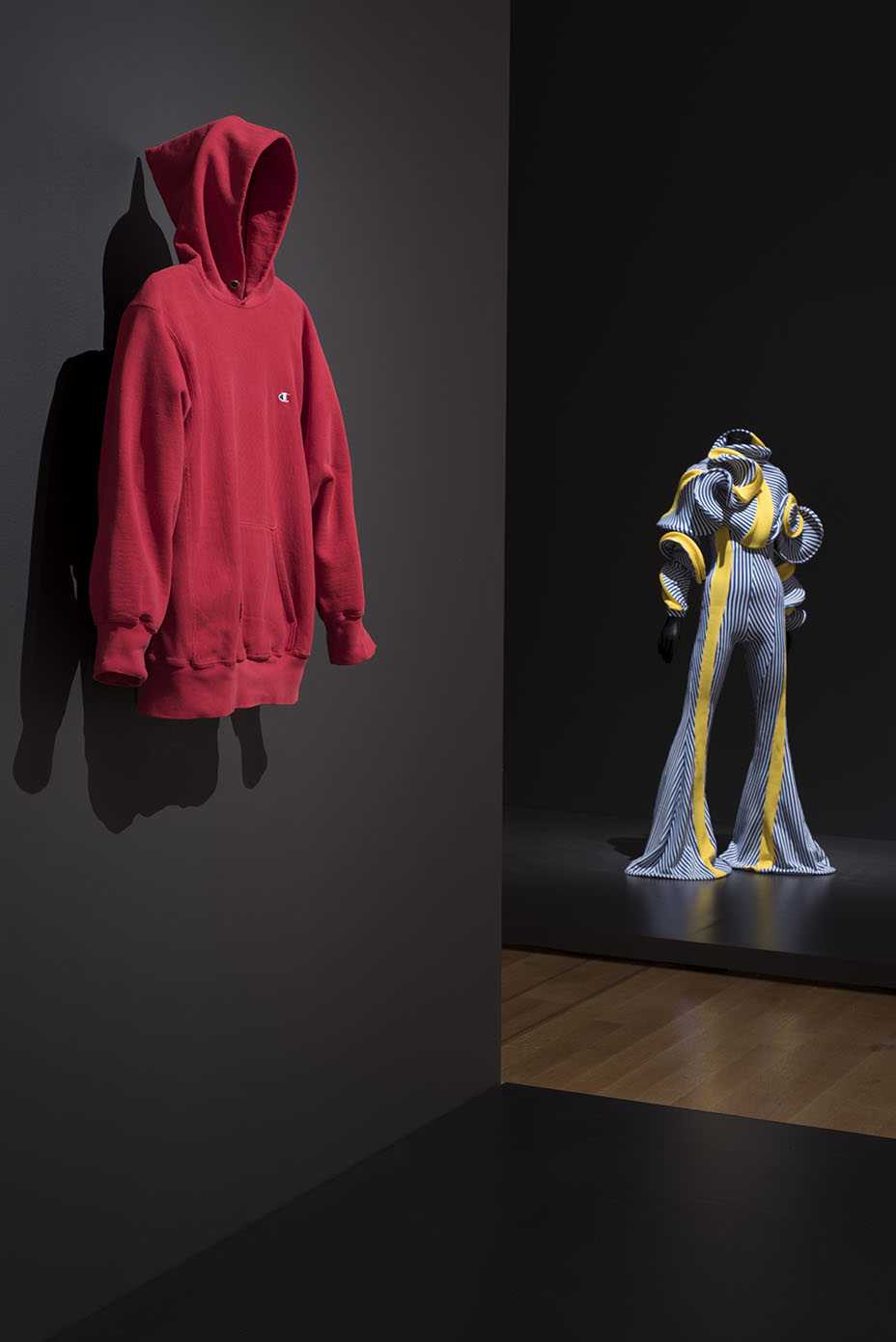 In a museum where paintings range from multi-millions to virtually priceless, it’s a bold move for MoMA to give fanny packs, hoodies and baseball caps their own platforms. Illustrating the institution’s novel and grounded approach to fashion, where else can one go to an exhibition and see the same clothing on the mannequins as on the museumgoers?

Items: Is Fashion Modern? will be on display at the Museum of Modern Art from Sunday through Jan. 28, 2018.