On Saturday, Lisa Bush celebrated the opening of the new location for her multi-brand fashion boutique Mona Moore on Lincoln Boulevard’s buzzy retail hub in Venice. The party, an intimate crowd of family and friends, was co-hosted by designer sisters Kate and Laura Mulleavy of the Los Angeles-based Rodarte label, which is carried at Mona Moore.

“When you go into Lisa’s store, it’s like going into her world; it’s such an intimate and fun shopping experience,” said Kate Mulleavy, standing next to the DJ stand with her sister on Saturday. “It’s stuff that you actually do want and it’s all cool and interesting and different and it feels like you wouldn’t see it somewhere else. I think she has a great eye.” 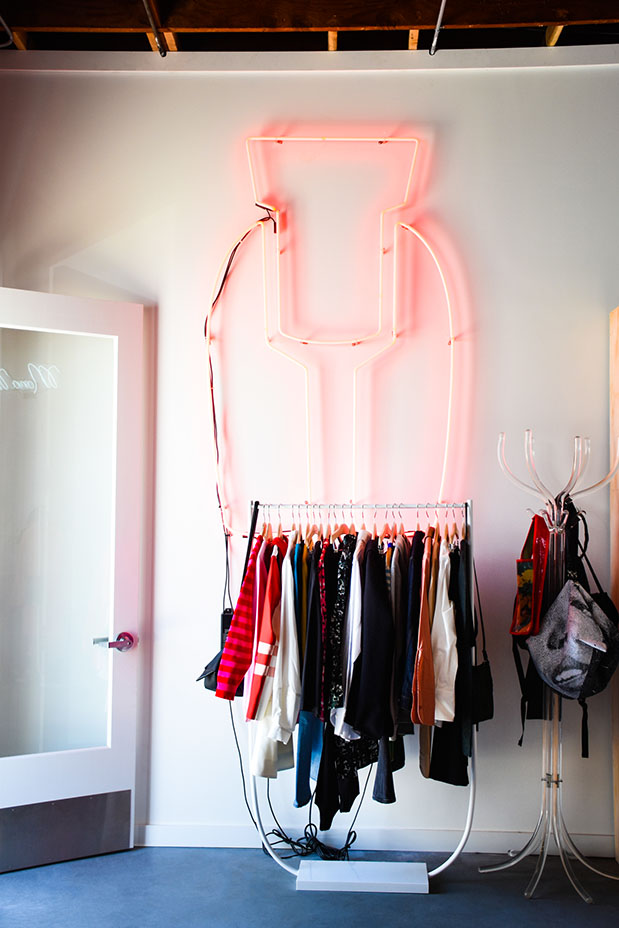 After co-founding the first footwear-focused Mona Moore boutique in Montreal in 2002 (and shuttered in 2010), Bush relocated to L.A. and opened an outpost of Mona Moore on Abbot Kinney Boulevard in 2009, slowly adding accessories to the mix. When rent on Abbot Kinney tripled, the boutique relocated in 2015 to a rented space at 222 Main Street in Venice (shared with L.A. fashion designer Pamela Barish and L.A. jewelry and lingerie designer Liseanne Frankfurt) and began to sell women’s apparel. 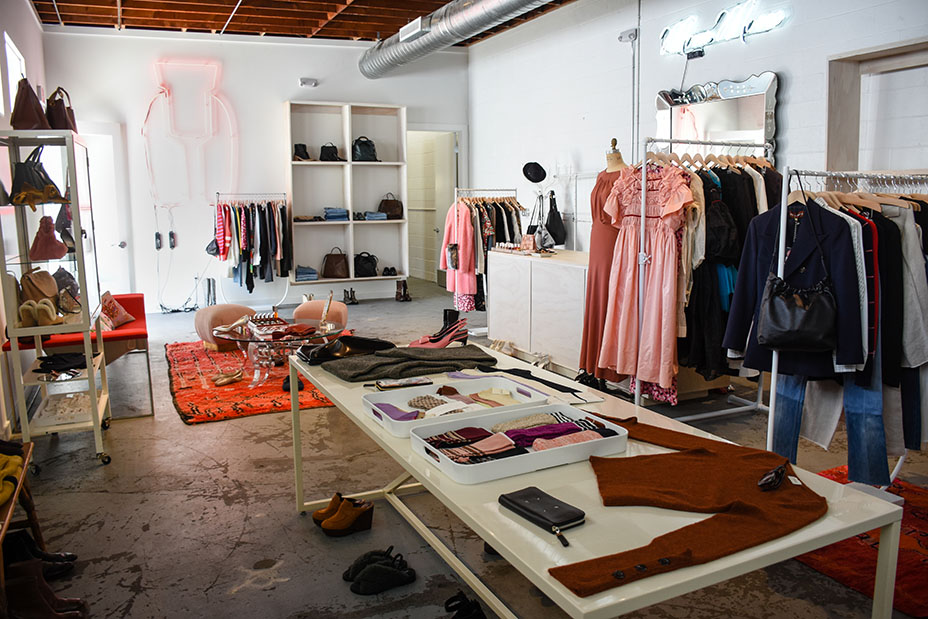 “I really try to pick unusual things that other stores are not going to have,” said Bush. “I do most all of my buying in Paris and Milan from brands that have small, exclusive distribution. If I buy into a collection like Marni or Margiela that is available in other stores, I try to buy them in a way that is different from what you see elsewhere. Mona Moore is not for somebody who wants to dress or look like everybody else. I would say that our customers are true fashion nerds. They unapologetically love clothes and are not afraid of being creative in the way that they dress. Even if it’s a uniform they wear every day, there will be an amazing pair of shoes or an incredible jacket from Italy that’s one of a kind.”

Said Bush of her co-hosts: “I’ve always been true fans of the Mulleavy sisters; I love how they work. They’re small and independent. I’ve heard rumors that they were being courted by major corporations and they could have done what most designers do, but they didn’t. To me, they are true artists.” 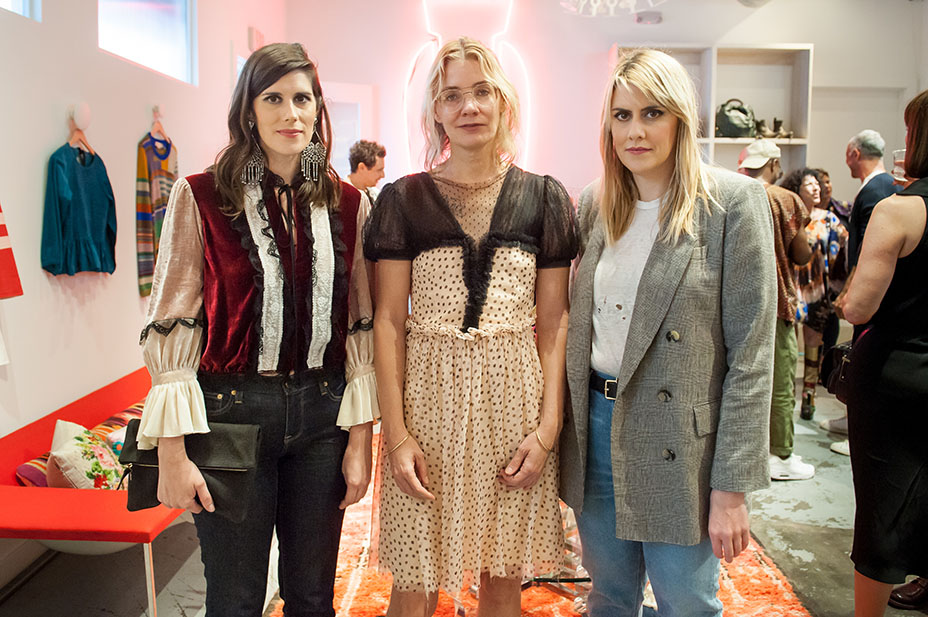 Bush also calls out Italian brands Attico (launched last year by street-style stars Gilda Ambrosio and Giorgia Tordini), Vivetta (a whimsical, feminine line by Vivetta Ponti that Bush says “has a sense of humor to it, because my customers like to have fun”) and Blazé (a blazer-focused label by a female design trio “that creates perfectly cut, classically made Italian blazers for women that are almost bespoke”) as well as some reversible, quilted silk-and-velvet kimono jackets coming soon from Japanese brand Visvim that she’s particularly excited about. “I don’t think anyone else in the world knows how to make a kimono jacket like this,” says Bush. “That’s the kind of stuff we’re looking for.”