A decade ago, Montauk was relatively low key, filled with fishermen and surfers — the un-Hampton at the tip of Long Island’s East End whose casual vibe was a contrast to the mansions and social excesses of the towns to its west. But it has since morphed into a millennial magnet and party hub. Gurney’s Resort, which used to be best known as a throwback seawater spa retreat, now has day beds on the beach that go for $1,500, with a $2,500 food and drink minimum.

If there is one place that comes to mind as the spearhead of new Montauk, it’s probably the Surf Lodge; a hotel, bar and restaurant where hundreds of people pile in nightly over the summers to hear live music, take in art shows and sip drinks on the large outdoor terrace. Steven Spielberg, Gwyneth Paltrow, Leonardo DiCaprio, Julianne Moore, Lady Gaga, Kendall Jenner, Liev Schreiber and Naomi Watts have all visited the beachy spot, along with children of notables, from Malia Obama and Tiffany Trump to Keith Richards’ daughter Alexandra Richards, who served as DJ there.

This weekend marks the Surf Lodge’s tenth anniversary, and it will be three days of festivities, with Lauryn Hill performing tonight, Ben Harper crooning Sunday and guests including Ralph Lauren, Christie Brinkley, Nina Agdal and Bruce Weber expected to attend. 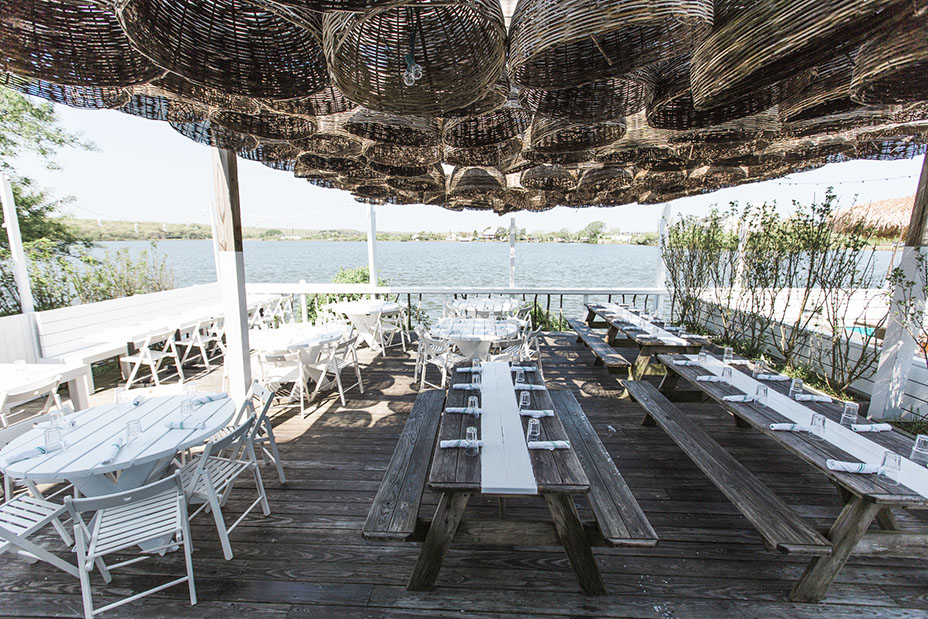 At the 10-year mark, Surf Lodge owner Jayma Cardoso has her eye on expansion, with plans to open an outpost in Manhattan’s financial district (she already has GoldBar in the Nolita district) and another in Los Angeles.

“L.A. is a project of popular demand,’’ says Cardoso, who is currently in negotiation with a downtown hotel. “Guests from the West Coast keep telling us to do something and making suggestions. L.A. is the natural place for us to do something next.’” 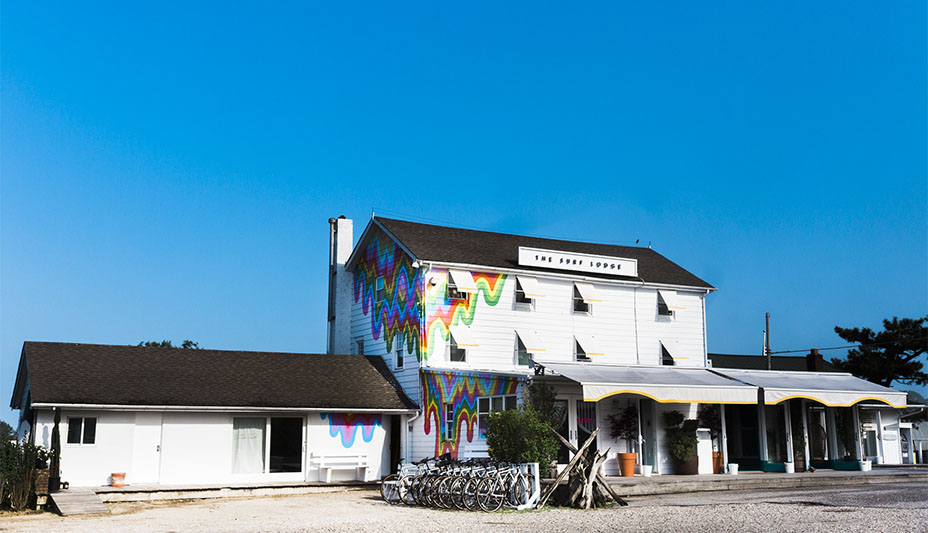 Reminiscing about her Montauk destination’s past 10 years, Cardoso remembers a time when Willie Nelson performed and Jimmy Buffet was in the audience.

“I think Jimmy was more excited than anyone that Willie was performing,’’ she recalls. “Jimmy got on stage and played a few songs with Willie. I think when you get to make one legend’s dream come true of performing with someone he admires as much as Jimmy does Willie… amazing would be an understatement.’’

There was also the time when Courtney Love checked in for a weekend, but decided not to check out. “She had a performance with us, and she showed up with at least seven books,’’ says Cardoso.  “I thought, ‘how is she going to read all of them in a weekend?’  She ended up staying with us longer and doing some amazing impromptu performances…  I should have slipped her more books because I think she left the day she finished the last of her reads.’’ 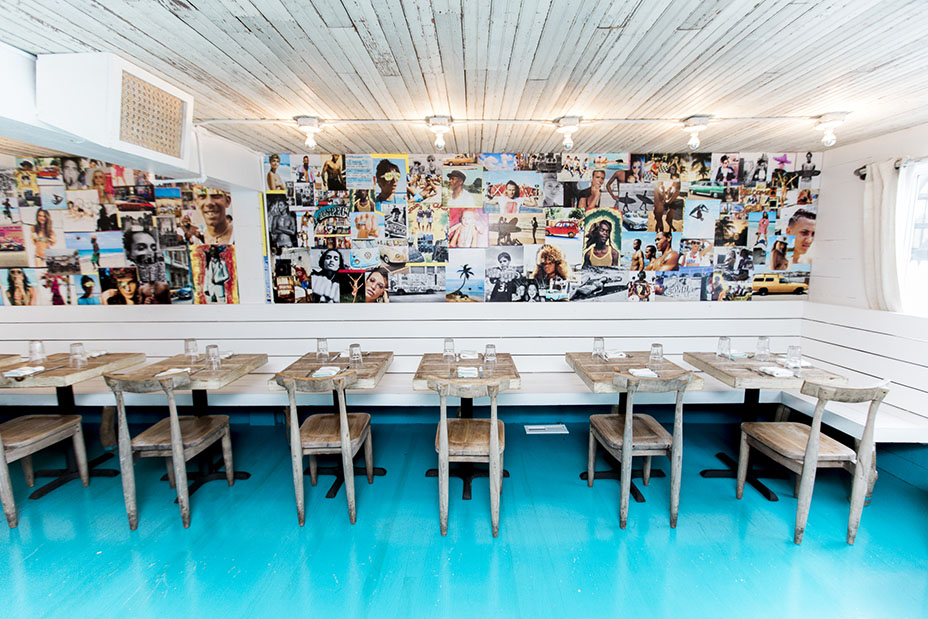 While the younger, louder crowds that have descended on Montauk in recent years are a concern to residents, Cardoso feels that the new visitors she helped import to the far east end of Long Island hasn’t altered Montauk’s character, just brought the town more attention. “I fell in love with Montauk because it was a fisherman’s village and a beach town, similar to many places from my homeland in Brazil,’’ she says. “I really do love it… I’m not sure we changed it as much as shared the beauty of what makes Montauk so special and embraced the cultural heritage of art, music, and nature. Montauk hasn’t changed — it’s only shined brighter and more people noticed.” 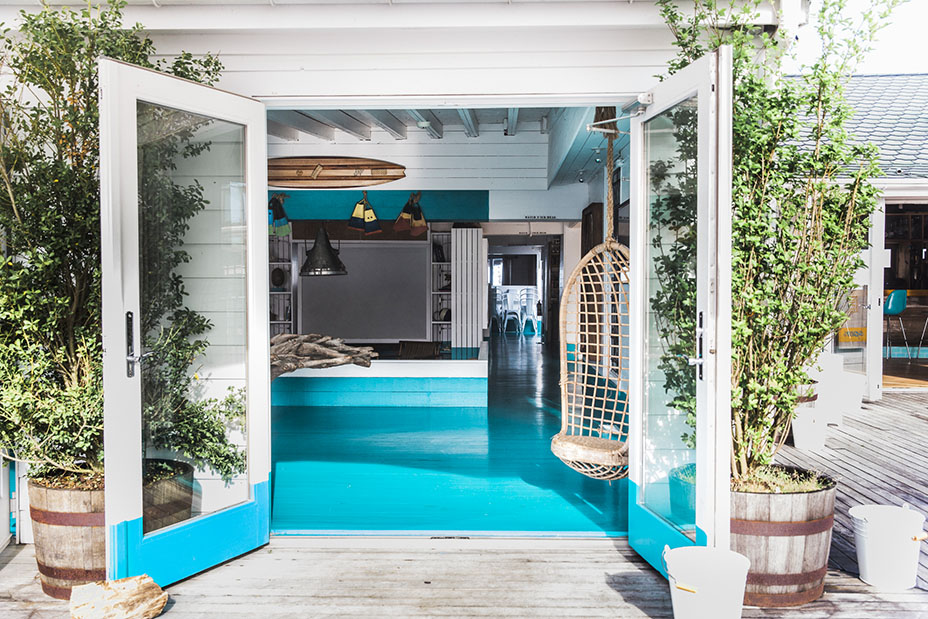