Continue to The Hollywood Reporter SKIP AD
You will be redirected back to your article in seconds
Skip to main content
March 1, 2019 6:30am

“It’s one of those situations that you see on television that you think, ‘It doesn’t happen here,’ and it did,” says WME head of television, broadcast and sports Rick Rosen, referring to the one-two punch of the Thomas Fire and heavy rainfall that, just over a year ago, turned Montecito, about 80 miles north of Los Angeles, into a disaster zone. Says Rosen, whose weekend home and family were spared, “We were very lucky.” Producer Steve Waterman (Stuart Little, the Alvin and the Chipmunks movies) recalls seeing “cars in trees and pieces that you knew were houses,” as well as the explosion of a gas pipe, which turned the sky pink.

The devastation was massive. Four of the city’s creeks overflowed, pushing torrents of mud down the hillside, with 23 confirmed dead, 277 destroyed homes, and Highway 101, a river of sludge, closed for 12 days. Jeff Bridges and tennis star Jimmy Connors were among the many people who had to be airlifted to safety.

In early January, on the one-year anniversary, Oprah Winfrey, whose estate had been covered in mud in sections, took part in a vigil with an estimated 2,000 people to remember the victims. “We’ve come out stronger and better,” says star realtor Suzanne Perkins, whose clients include affected residents Rob Lowe and Ellen DeGeneres. The latter led a GoFundMe campaign last year that raised more than $150,000 for local disaster relief, with $20,000 going to the Santa Barbara Bucket Brigade, a group of hastily assembled volunteers who worked to clear the mud, as the group’s name implies, one bucket at a time. 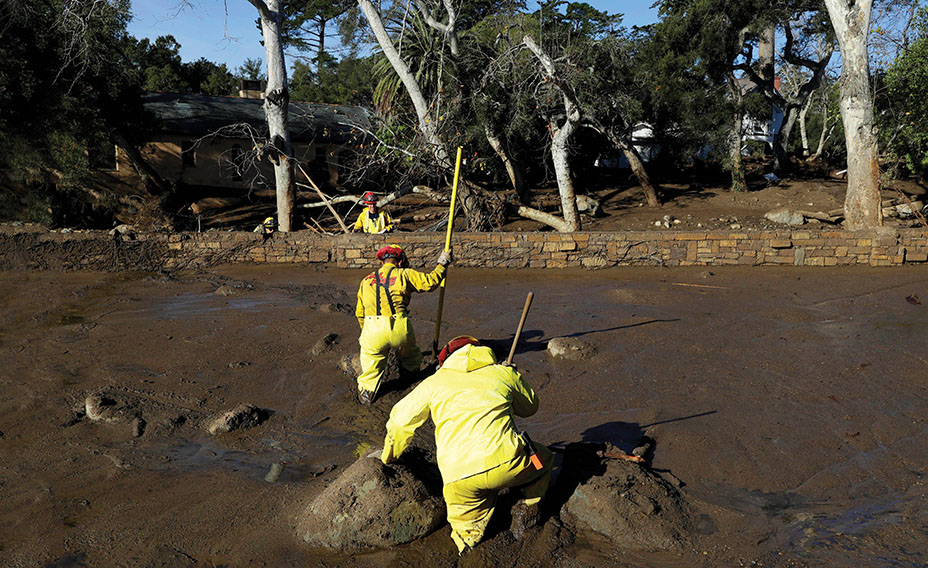 Actor and former Montecito resident Timothy Stack recalls how while donating to the Village Cheese Shop — “they were open just to make sandwiches for people doing the cleanup,” he says — DeGeneres “walked in with literally a bag of money, dropped it on the counter and said, ‘Here, I got some more,’ and left. I thought that was a really cool thing.”

Now, a year later, the area is experiencing a rebound. The industry-favored San Ysidro Ranch resort, which saw half of its property destroyed by mud, is expected to be fully operational in June; in January, it reopened its two restaurants after months of renovations. Known for decades for its secluded bungalows, the resort has drawn John and Jacqueline Kennedy, who honeymooned there in 1953, as did Julia Roberts and Danny Moder in 2002.

The Ranch’s reopening follows that of The Four Seasons Biltmore, which had closed for five months after suffering significant damage to its grounds and first floor — during the closure, it took the opportunity to add plunge pools to four of the bungalows on its 22-acre site. When it reopened in March 2018, The Montecito Inn, built by Charlie Chaplin in 1928, created a memorial in its garden to the mudslides’ 23 victims. 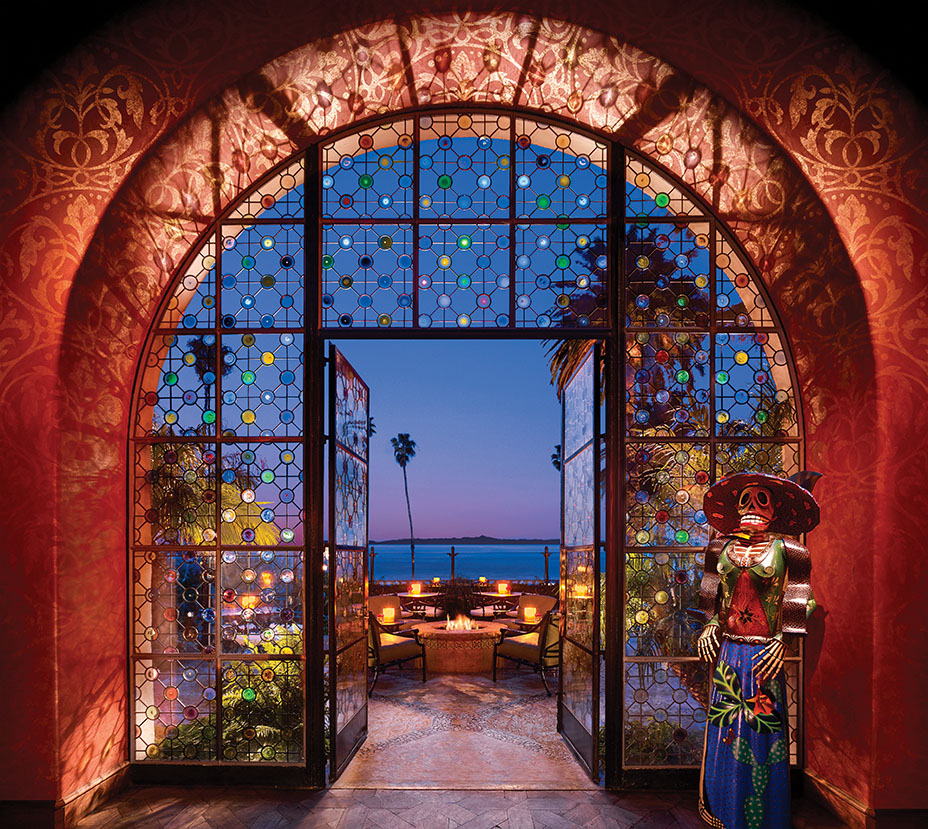 Other hotels also are seeing renewal. The El Encanto was purchased by LVMH in December. Michael Keaton and Jane Lynch attended the John Mayer concert that officially opened the Spanish colonial-style Hotel Californian in May, with its Martyn Lawrence Bullard-designed interiors; its restaurant, Blackbird, is a favorite of Jason Segel.

Then there’s the highly anticipated Rosewood Miramar Beach, which began a soft-opening phase on Feb. 11. It’s located on the site of the old Miramar Hotel, a property that first started hosting guests during the late 1800s but shuttered in 2000. (In 1999, the Women Filmmakers’ Summit, organized by director Allison Anders, was held there, foreshadowing the Time’s Up movement by two decades; guests included Shonda Rhimes and Sundance founding director Michelle Satter.) 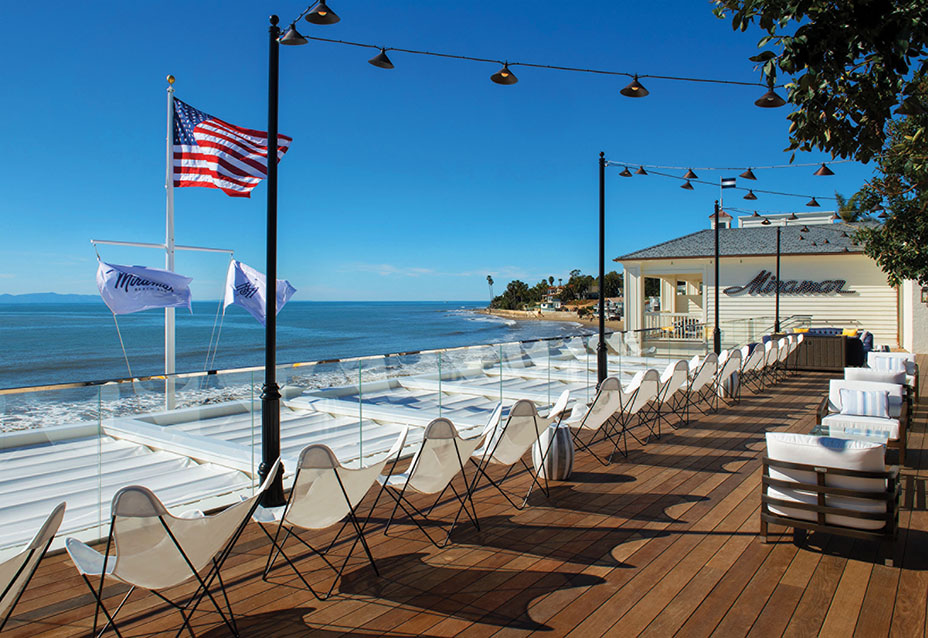 Reimagined for the 21st century by developer Rick Caruso, the sole five-star hotel in the state to offer the guestrooms on the ocean also boasts the only guest rooms in SoCal perched directly over the sand. Median room rates are $595 a night and top out at $5,575 for the Ambassador’s Suite.

Its boutiques include Gwyneth Paltrow’s Goop Sundries Shop and The Gate House, a James Perse boutique. The property showcases five restaurants, including Caruso’s, an Italian-influenced spot, as well as Miramar Beach Bar and Malibu Farm at Miramar, all three with alfresco seating featuring beach views. Though a freeway shut-down impacted renovations, “we never stopped working during the mudslides,” says Caruso, adding, “I have always loved this region. It’s spectacular.” 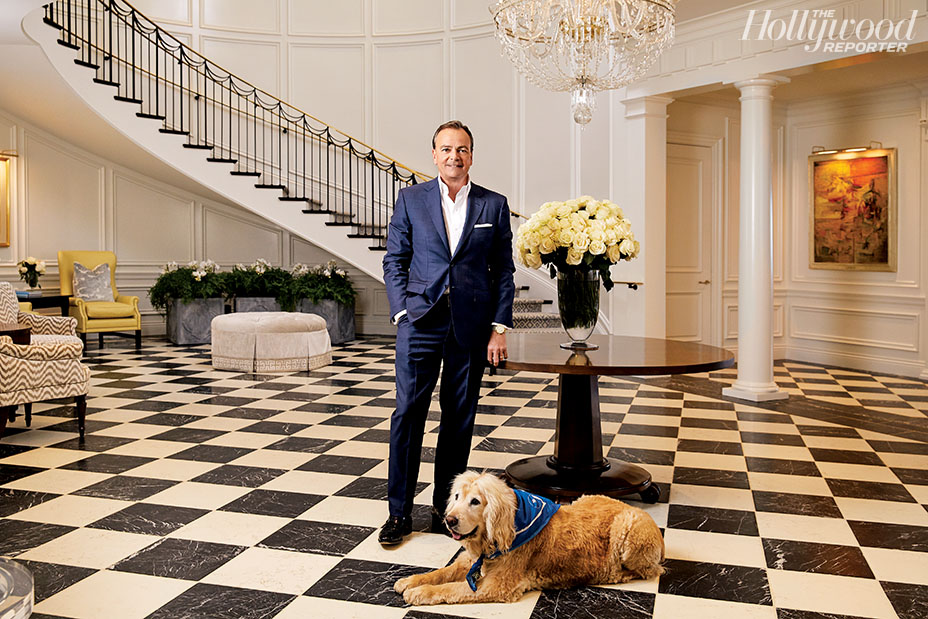 Among Rosewood Miramar’s culinary challengers are the four restaurants at The Montecito Inn, spearheaded by Top Chef alum Phillip Frankland Lee and wife Margarita Kallas-Lee, including The Monarch (DeGeneres and Portia de Rossi have been in with Ashton Kutcher and Mila Kunis) and the ambitious, eight-person The Silver Bough, which opened Jan. 31 and currently requires dinner reservations a month out for Thursdays through Sundays. The $550, 20-course menu incorporates such ingredients as Santa Barbara spot prawn and spiny lobster, Kobe beef, caviar, 24-karat gold and truffles. 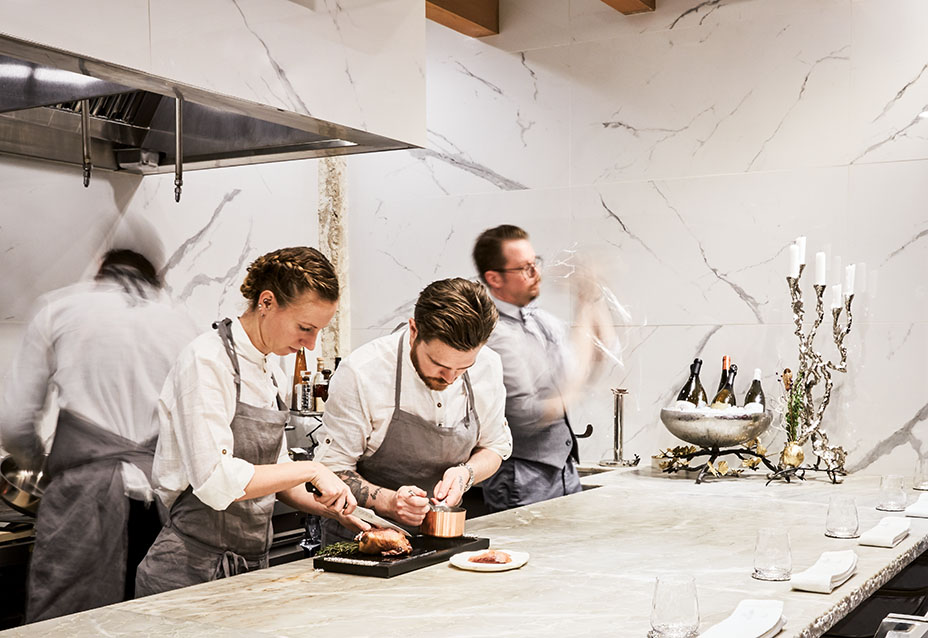 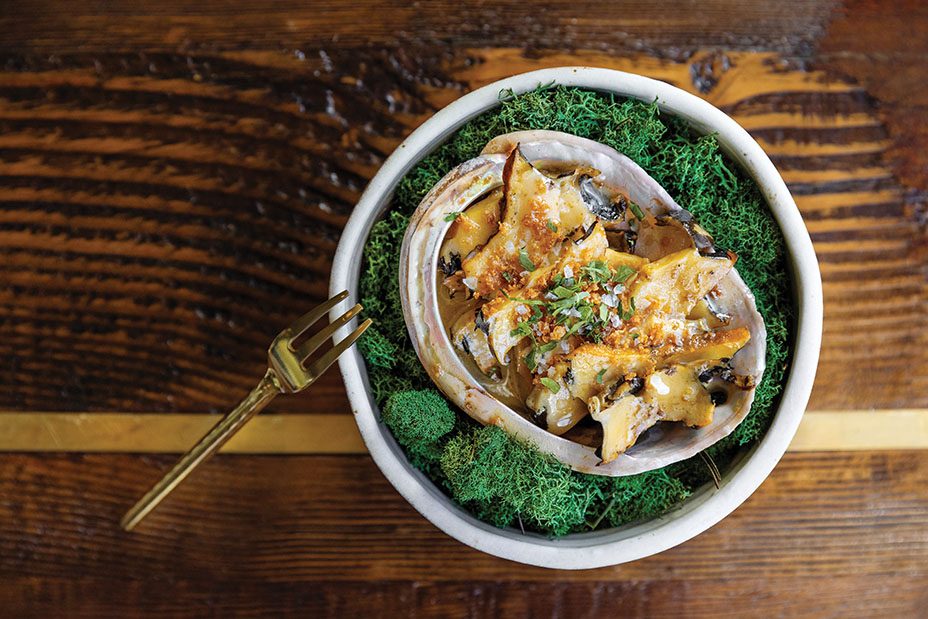 Other contenders include the Neopolitan-style pizza at Bettina’s in the Montecito Country Mart (Winfrey loves to shop here); Matthew Kenney’s vegan Oliver’s, owned by cellular billionaire Craig McCaw; Tyger Tyger, offering a menu of street-cart-influenced Southeast Asian bites (part-time resident Julia Louis-Dreyfus is a fan); and Babu Ji, a branch of the lauded Indian eatery in New York and Australia. 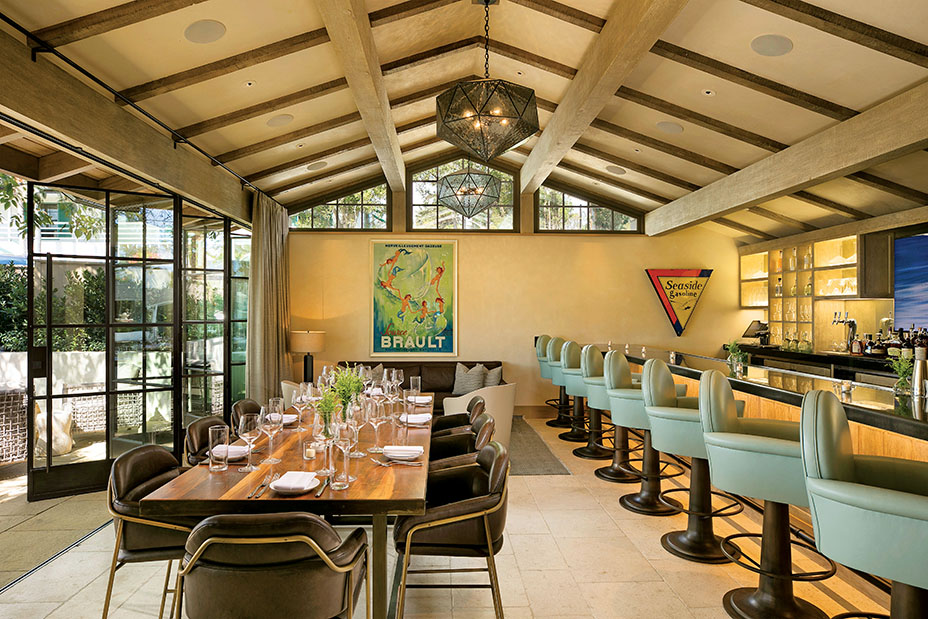 The area’s upswing also is being felt in the housing market. “Sales of high-end homes have risen over 69 percent in the past year,” says Adam McKaig of Douglas Elliman, who recently sold a property adjacent to the Ronald Reagan Ranch for $14 million to an undisclosed buyer.

Adds Perkins, who’s had three sales for more than $10 million since Jan. 1 and just closed on a home listed at $35 million, “The change from last year to this year has been dramatic, and we’re only two months into 2019.” Among recent big transactions and listings: DeGeneres and de Rossi purchased a Balinese-inspired estate in Montecito for $27 million in January, and Keaton listed his nearly 19-acre horse ranch in Summerland for $8.72 million.

Rosen, however, says he can’t imagine ever listing his place: “I have no plans to ever leave. I love this house. I love the area. I love the community.”