After becoming the go-to for both cutting-edge catwalk fashion (Givenchy, Balenciaga, Gucci) and unabashed luxury brands (Berlutti, Brunello Cucinelli, Tom Ford) over the last seven years, online menswear retailer Mr Porter is adding a new label to its roster of more than 400 brands — its own, with the debut Tuesday of its new offering, dubbed Mr P.

The year-round collection is a mix of always-available items called Essentials, those hard-to-find wardrobe classics that men reach for again and again, as well as a good dollop of forward fashion with the drop of five limited-edition capsules every year that will hit on current trends and also look to a men’s style-setter of the past or present as inspiration, all developed by an in-house design team.

“We’re all product nerds here and really love menswear,” Olie Arnold, style director for Mr Porter, says in a phone call from home base in London. “We all geek out when something new comes in. So we started to see some gaps and then you start to add up those gaps.”

Of course, one building block of nearly any man’s wardrobe is denim, and Mr P. includes both selvage jeans and an updated trucker jacket ($290) made in a specialty Japanese factory of that region’s denim that aficionados prize. 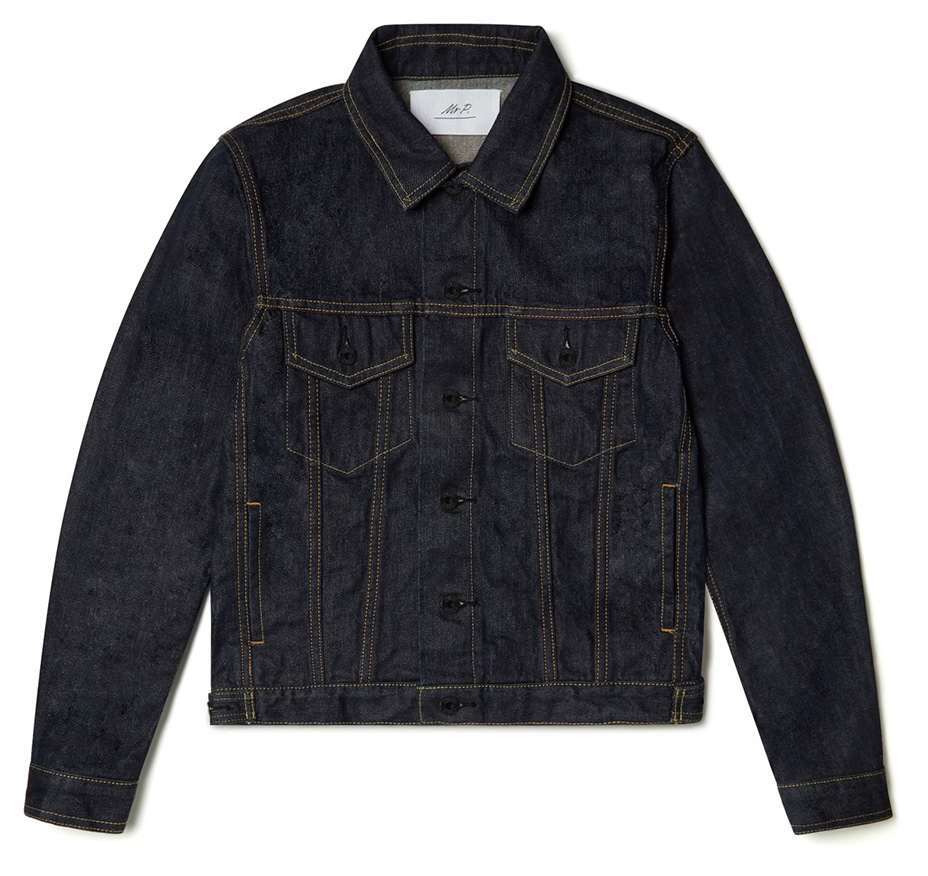 “We couldn’t launch a brand without great denim. A bunch of us sat in a room and we brought in our jackets and said what we liked and didn’t like about each one,” Arnold says. “We thought about the fit of the jacket, so, along with things that are quite classic, we brought it up to date. It fits slightly shorter, but it’s just a nuance.”

The team was also passionate about developing the ideal white cotton shirt. Their version ($200) has a slim fit, Arnold says, but not as skinny as many designer models. “It fits in all the right places. I can’t tell you how many protos we went through. The tail is long enough so that when you tuck it in, if you raise your arms it doesn’t come out in the back,” he says. “And it has a ‘bluff’ collar, without topstitching, so it’s really clean. A lot of people say a white shirt is a white shirt, but I disagree.”

Mr Porter reveres its share of male style icons, as any visitor to the site gleans from the frequent posts and abundant photographs. So patterning the trendier mini-collections after notable men seems a given, with the debut effort inspired by London in the 1960s and the artists of that era like Lucian Freud and Francis Bacon.

“We really like storytelling, and evoking a reaction and emotion in our customer is important,” says Arnold. “We want to talk about what makes them iconic, and these young men were wearing the same kinds of clothes as their fathers but starting to mix everything up.”

Looking like they just jumped off a canvas, the collection includes a cable-knit pullover sweater in bright painterly tones of blue or red ($360.) Yet with a modern cut and a touch of cashmere added to the wool yarn to up the comfort level for today’s expectations, they don’t read as retro. A chunky houndstooth overcoat and a jazzy patterned turtleneck also recall the era, without being too literal. 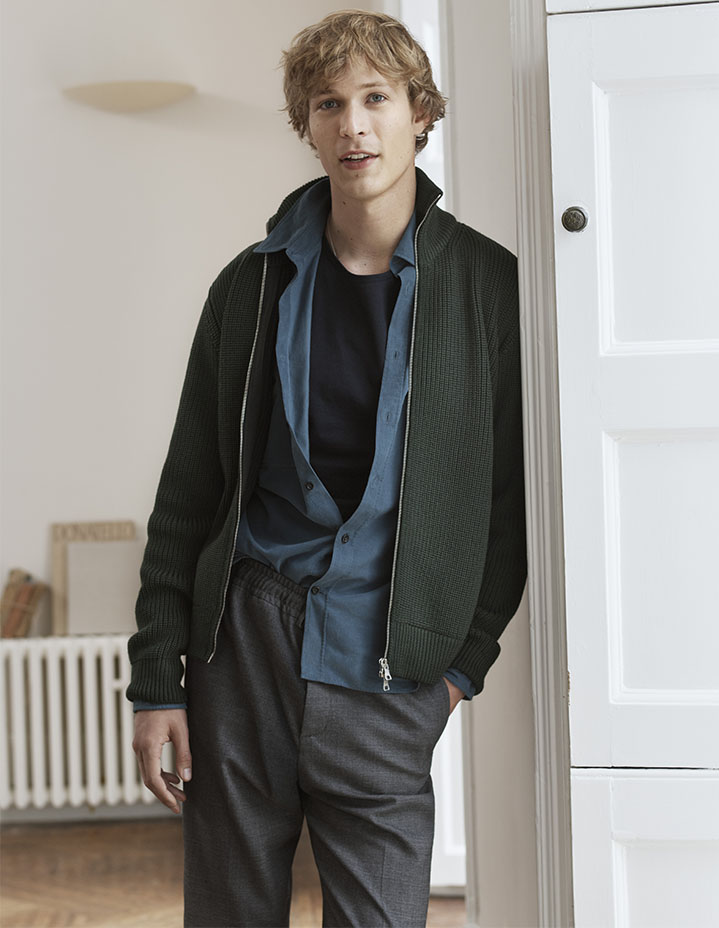 With prices ranging from $75 to $1,120 (t-shirts retail for $75, the most expensive item is the black aviator jacket), the line comes in at a level under many of the elite labels found at Mr Porter. “We wanted to make sure the quality is more attainable and we’ve really stretched to get best fabrics and best manufacturers,” Arnold says of the line, which is primarily made in Italy, with select items in Portugal and denim made in Japan.

Mr P. is launching next week with an advertising campaign shot on “real men” by photographer Stefan Heinrichs in London, Paris, Copenhagen and Berlin (hey, what about L.A.?) And there’s social media strategy to chart how customers mix up the items in their own way, just like those artists did back in the day.

“We want men to take the clothes and make it their own thing, instead of copying what the catwalk says,” says Arnold. “That’s what most men do anyway.”