It might have seemed strange to call Jonathan Skow “impish,” given his towering height, but with his ready laugh, verbal zingers and TV-style eyeglasses, you’d have been hard-pressed to think of another word.

Skow died Friday after suffering a spinal cord injury in Hawaii over Labor Day weekend while in the ocean bodysurfing, a sport he loved. The Los Angeles-based designer behind the exuberant Mr. Turk line was also the husband and consigliere to L.A. fashion designer Trina Turk, and together the two represented the sunny Southern California lifestyle with midcentury roots that has become a global aesthetic, collaborating with Walt Disney Studios, Banana Republic, SeaVees and several other brands over the years, in addition to running their own business with boutiques in L.A., Palm Springs, Miami and other locations. He also photographed both his and her collections each season, drawing on an earlier career as a celebrity photographer and stylist. Skow was 55.

Zack Estrin, Showrunner on Netflix's 'Lost in Space,' Dies at 51

A Seattle native, he and Turk were enthusiastic style ambassadors for their second home in Palm Springs, and their two collections marked with bright colors and resort-ready prints captured the destination they loved so much perfectly. They purchased the imposing 1936 Art Deco house known as the “Ship of the Desert” and painstakingly restored it, sparking a revival in the once-fabled desert playground of the stars.

Skow and Turk met as students at the University of Washington in a textile science class and came to Los Angeles in 1985. He was a fashion stylist for 12 years before forging a career as a fashion and advertising photographer. In 2008, Skow began to devote all of his time to their apparel company and created Mr Turk. 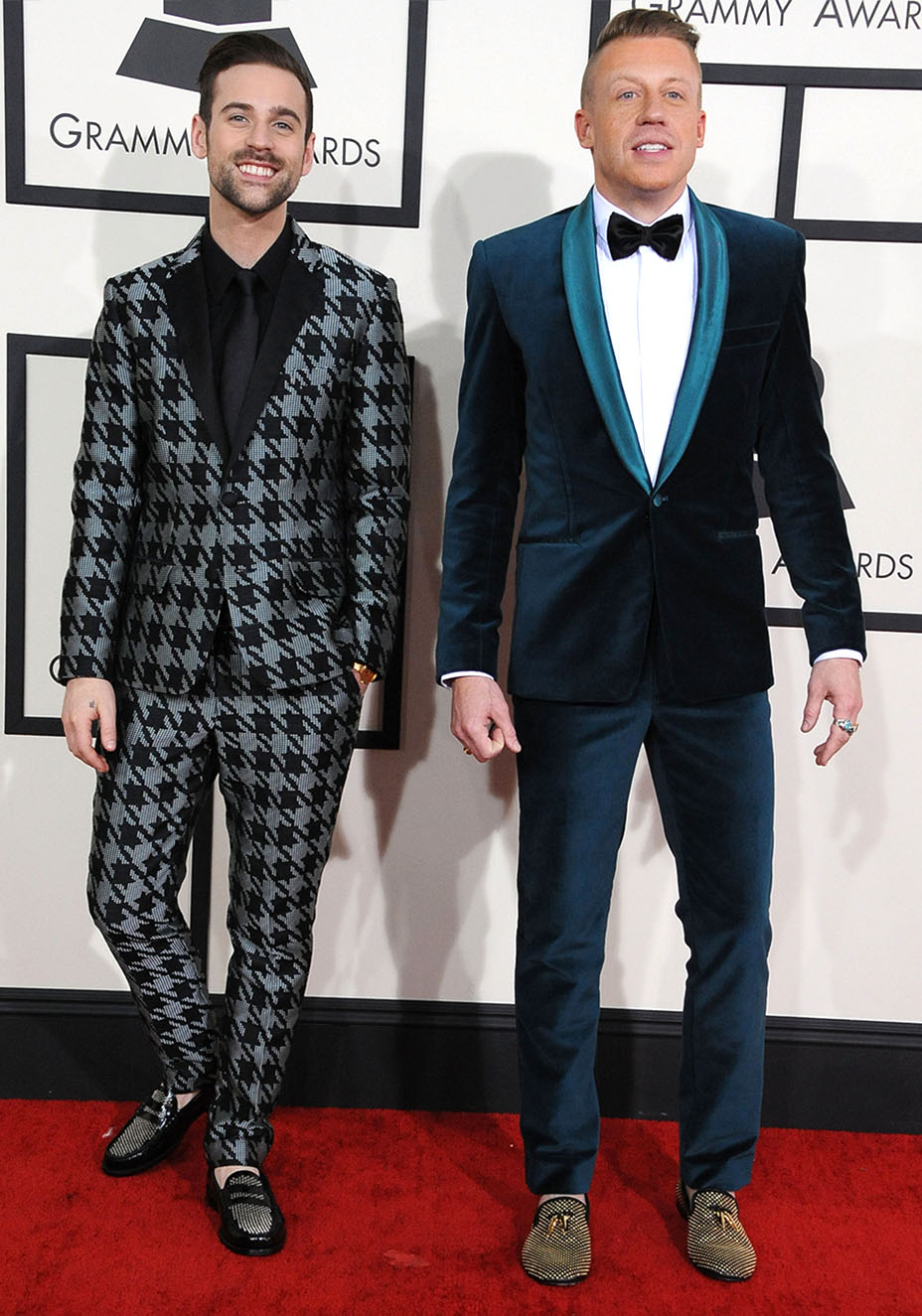 Musician Ryan Lewis wore a Mr. Turk suit to this year’s Grammys, as he and Macklemore frequently did, this one in a sparkling, oversized black-and-silver houndstooth, a swanky example of Skow’s witty take on the bold style of California swingers in the ‘60s and ‘70s. Mr. Turk has also been worn by Andy Cohen, Chris Sullivan, Patrick J. Adams, Titus Burgess and Simon Doonan.  His men’s swimwear, with a cheeky (in both senses of the word) cut and bright patterns, was a must on beaches from Laguna to Fire Island, and a collaboration with Jonathan Adler last spring sold out as soon as it was released. At the opening party, he matched wits with Adler, who explained their longtime friendship: “We met during our pretty years.” The ever-clever Skow retorted, “One of us has held up better than the other.” 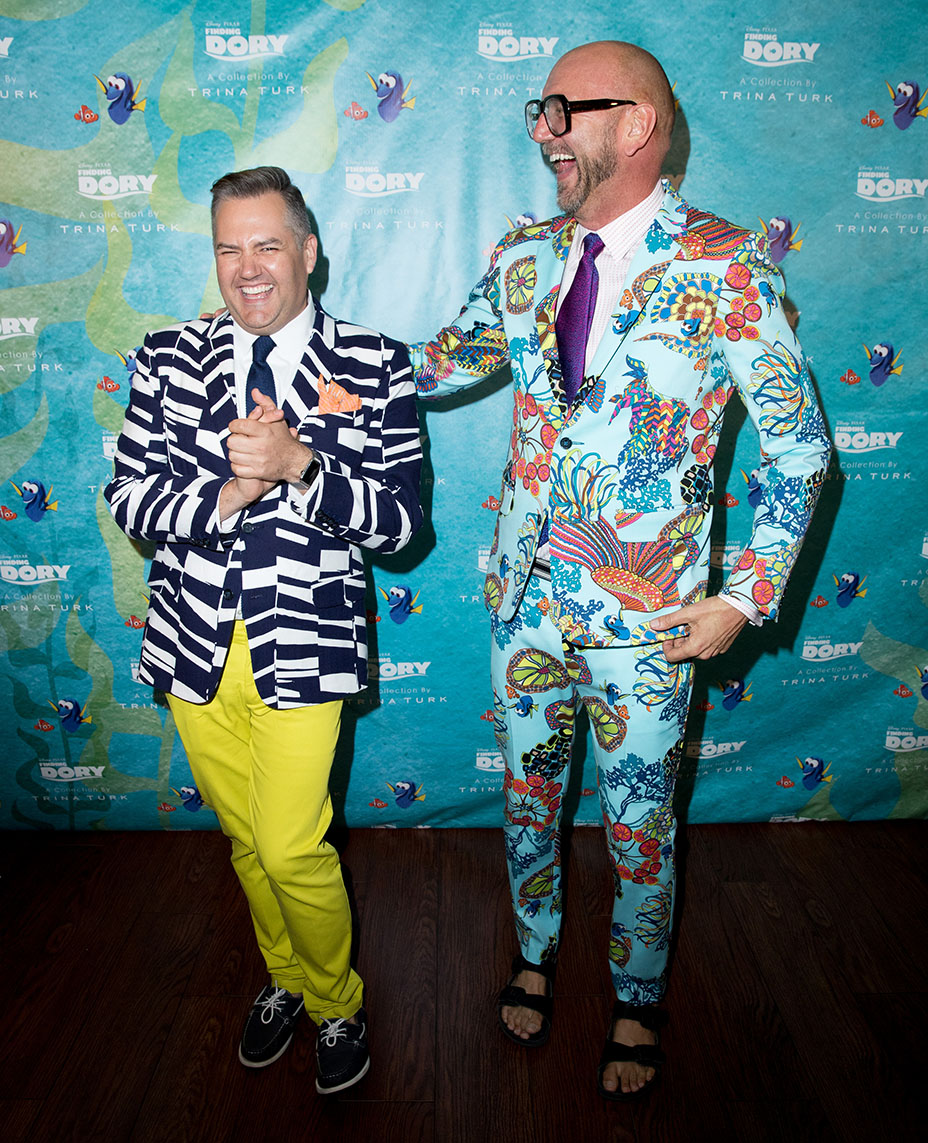 I happened to meet Skow in the early 2000s, when I was a frequent stylist on his celebrity shoots. I recall a trip to Las Vegas to photograph the late Tony Curtis in a bathrobe for a magazine shoot, and all of us standing around waiting until the Rat Packer drove up in his convertible, making a movie-star entrance. Skow was kind enough to take Polaroids of each of us afterwards with Curtis. When I saw the designer at the opening party for his swimwear collab with Adler in March, I asked him about the photo. Without missing a beat, Skow told me the photo lab in L.A. had closed and shipped all his negatives to him basically unmarked, in a jumble. But in a way, it didn’t matter. It was a remnant from an earlier career and we were now in the era of Instagram. He had moved on, always ready for the next thing.