Step right up and get your cameras ready! The Museum of Selfies has opened on Hollywood Boulevard, a phone’s throw from the Hollywood Wax Museum, Ripley’s Believe It Or Not and other tourist attractions that now seem so last-century.

Today’s new museums are Instagram havens, like the Museum of Ice Cream, Freeform’s Mermaid Museum and Refinery29’s bicoastal 29Rooms, with the goal to fill galleries with dynamic installations perfect for Instagram photos and selfies (cue the eye rolls).

The Museum of Selfies capitalizes on the craze, offering spots for bathroom selfies, food selfies and, yes, angel wing selfies all within its walls at 6757 Hollywood Blvd (the wing installation is indeed by the same artist, Colette Miller, whose Global Angel Wings Project has added wing murals around Melrose and Westwood).

Tickets are $25, compared to the Museum of Ice Cream’s $38 at its current San Francisco venue, and the space offers opportunities for guests to snap photos inside a bedroom designed after Vincent Van Gogh’s in Arles (who says selfies aren’t high art?). 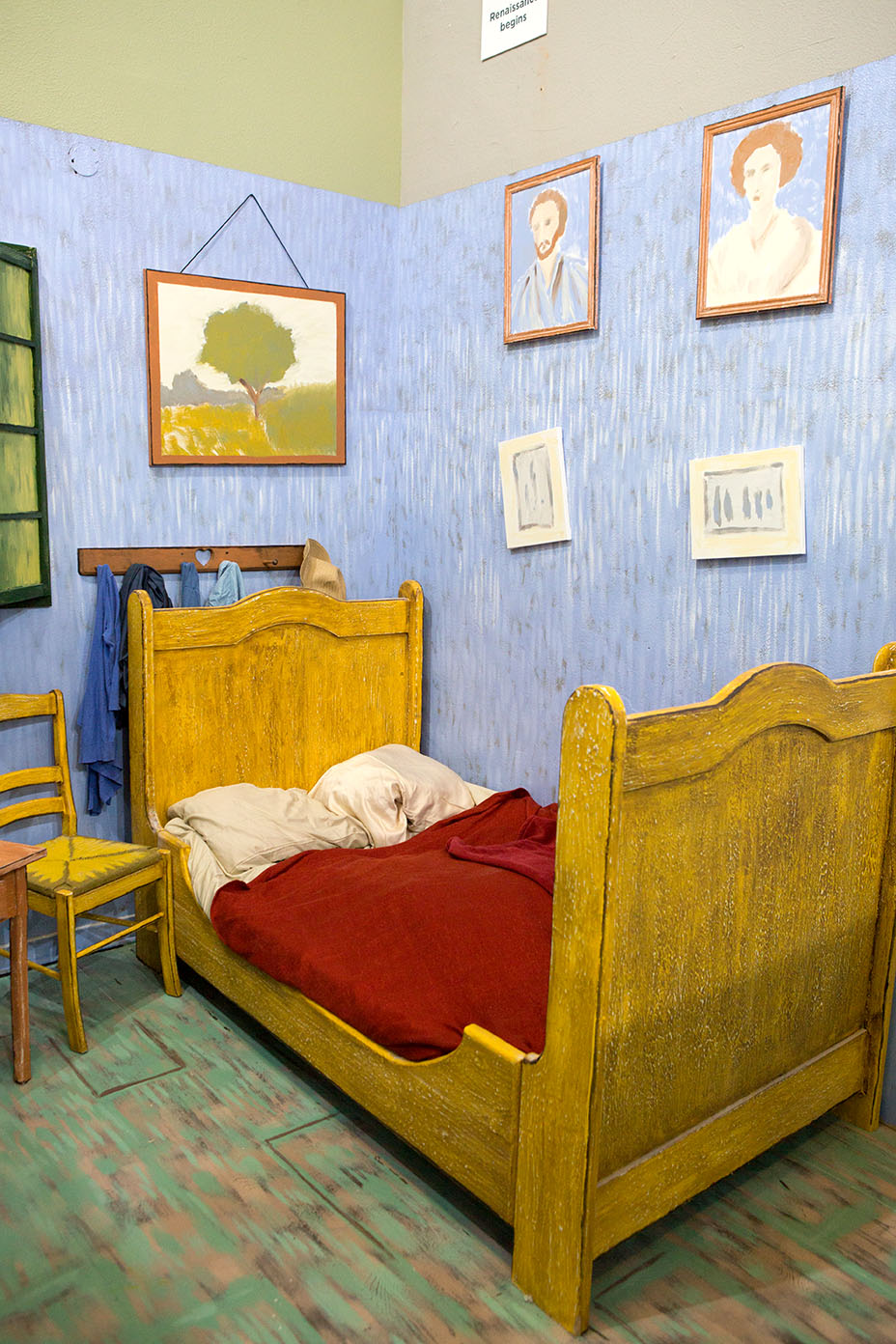 “We began to notice that people were more interested in taking selfies with the art, rather than actually looking at it,” Honton tells The Hollywood Reporter of the inspiration.

The duo joked about opening a literal museum of selfies, but settled instead on creating a museum to put the phenomenon in a historical context, because, as they point out, such famous artists as Ansel Adams, Frida Kahlo and Andy Warhol took self-portraits themselves. Before them, Rembrandt and Van Gogh painted self portraits, Honton offers. Still, the creators wanted to stay away from the solemn “don’t touch” vibe of classic galleries.

Selfies, they maintain, deserve our respect. “They can be a lot more than people doing the duck face in a nightclub,” he says. “They can capture so much more than vanity,” for example, taking a celebratory selfie after finishing a marathon. 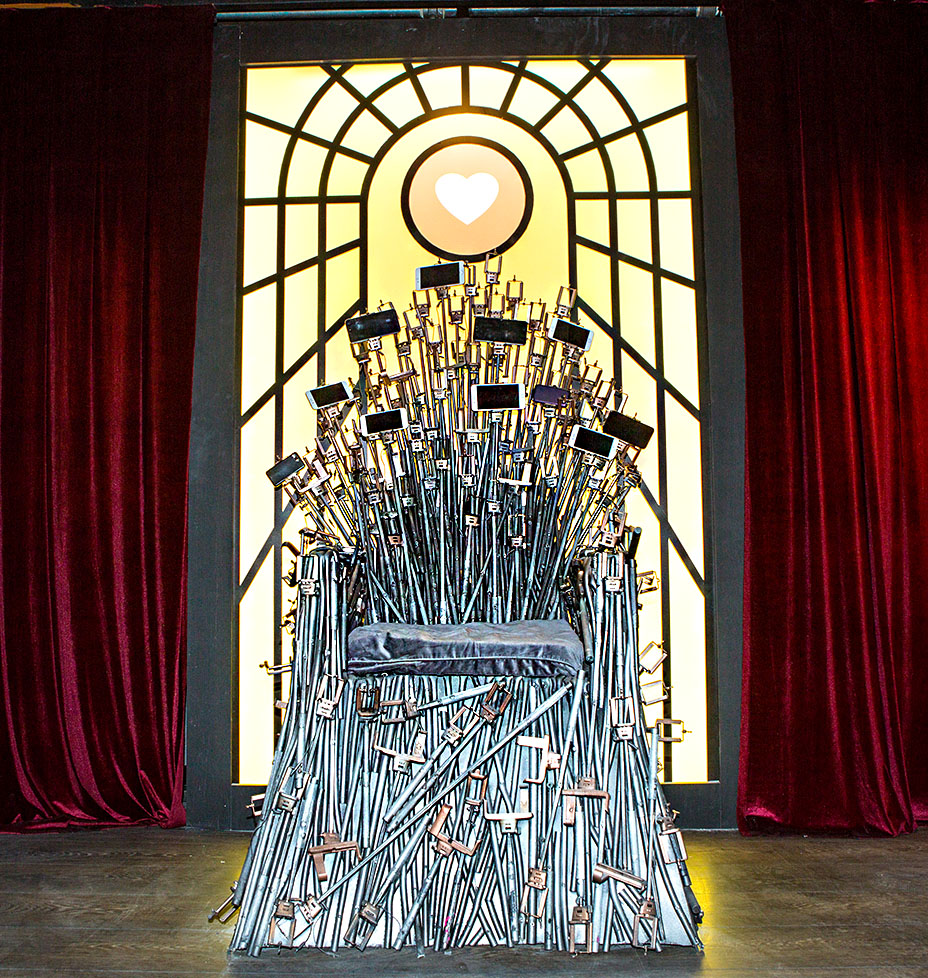 While this museum is no Broad or Getty, Honton counters: “High art is such a loaded term. Anything, in any medium, can be art.” He thinks after a “cooling period,” art scholars will recognize selfies as art and has no doubt that years from now people will hang selfies as art pieces at home. “We want people to have fun, but we’re not making fun of anyone.”

The selfies for selfies sake trend can be traced to the vibrant street art scene that has become rapidly commercialized in the age of Instagram, especially in Los Angeles, where spots like the Paul Smith pink wall rack up thousands of hashtags, and the adjacent Carrera Cafe mural is repainted practically every month with a different theme, ranging from La La Land to Gaga at Coachella. 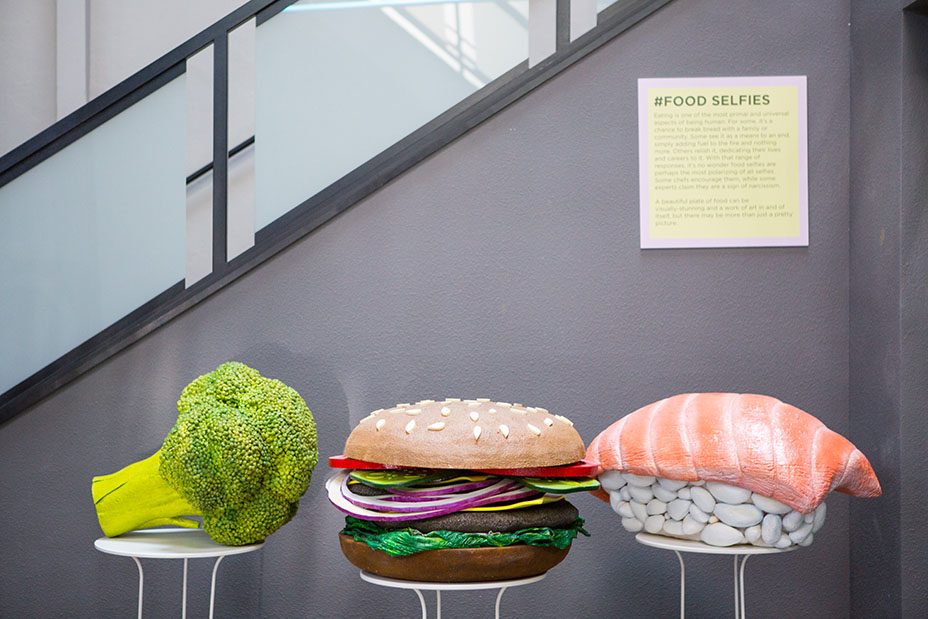 After sprouting up as a Glendale pop-up in April, the museum seemed destined for Los Angeles because it’s a “place of self-obsession, where image is everything,” Honton tells THR.

At the Grand Opening on Thursday, guests took pictures inside a bathtub of gold coins and at a diner counter with giant sushi and broccoli statues. The educational portion included a timeline of the evolution of the self portrait, from the first cave drawings at 64,000 BCE, to the first photographed selfie in 1839 by Robert Cornelius, to the first Paris Hilton selfie in 2006, to the first Instagram post in 2010.

On the wall are reproductions of famous works by Gustav Klimt, Edvard Munch, Leonardo da Vinci, Van Gogh, Rembrandt and Grant Wood — with a twist. Contemporary artists have repainted them with their subjects taking phone selfies.

Attendees enjoyed L.A.-themed treats, including California doughnuts and Skinny Bitch Pizza, natch and jumped in a good, old-fashioned photo booth to print keepsakes with the message “selfie like nobody’s watching.”

Honton describes his latest creation as 70 percent Instagram palace and 30 percent institution of learning. “You’ll walk away with tons of great photos, but also a better understanding of the selfie.” 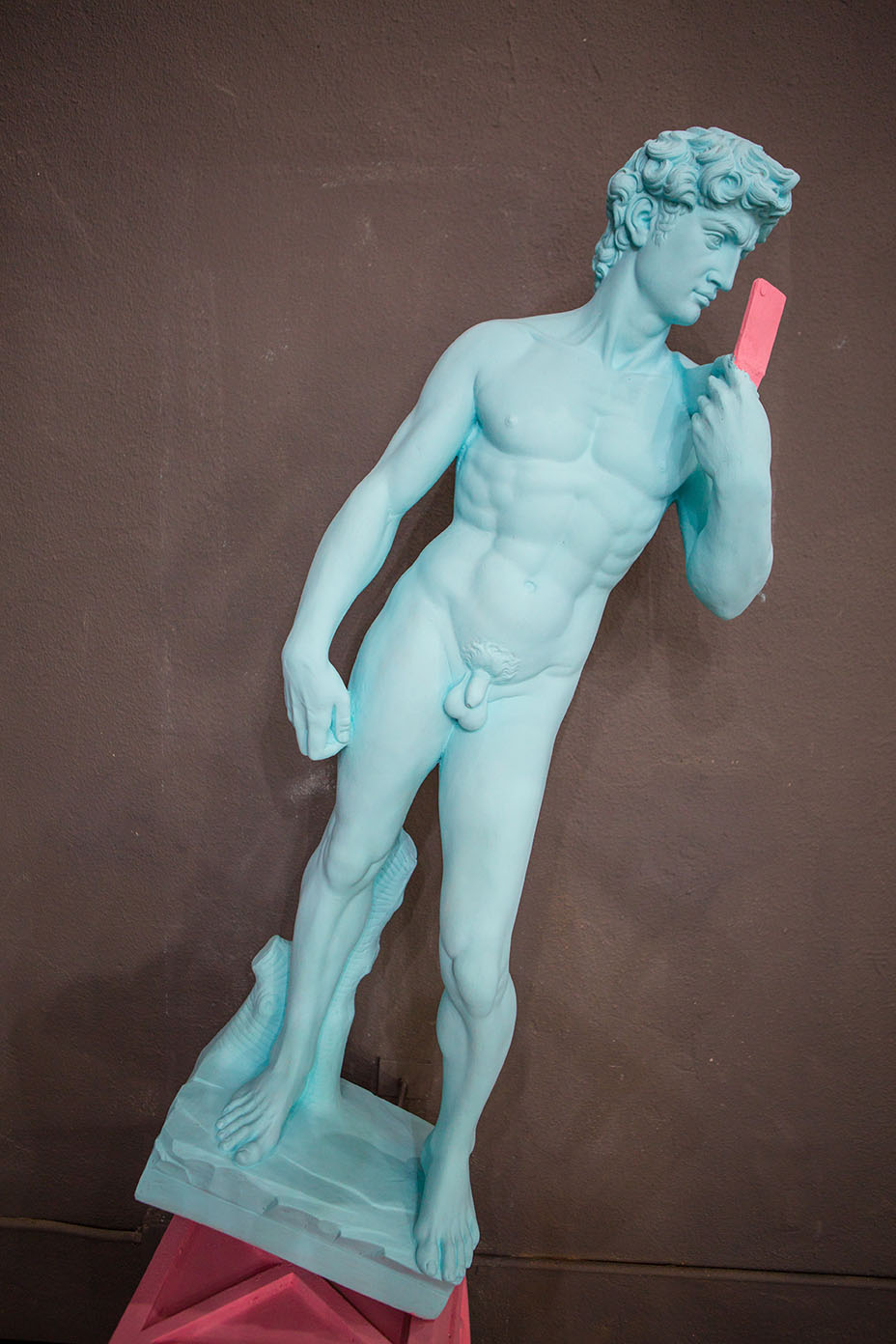