Growing up in the mountain village of Baabdat 14 miles outside Beirut, where her grandfather owned a small movie theater, director Nadine Labaki often found herself hunkering down and watching films. After all, civil war raged in Lebanon from 1975 to 1990, and the young girl’s options were limited. “Because of the war, sometimes we couldn’t go to school. We couldn’t play outside,” says Labaki, whose feature Capernaum is Lebanon’s entry in the foreign-language Oscar race. “So we spent a lot of time in shelters, [where] there’s nothing to do except play cards or watch films.”

It was during those turbulent days that she first saw Grease. “I must’ve watched this film maybe a thousand times,” she recalls. “Every Sunday, I would wake up with my sister very early, and we would watch it. It developed in me the love of music, musicals, dancing, performance, everything to make you dream. When you live in a country where you don’t know if you’re still going to be here the next day, it does make you hopeful.” 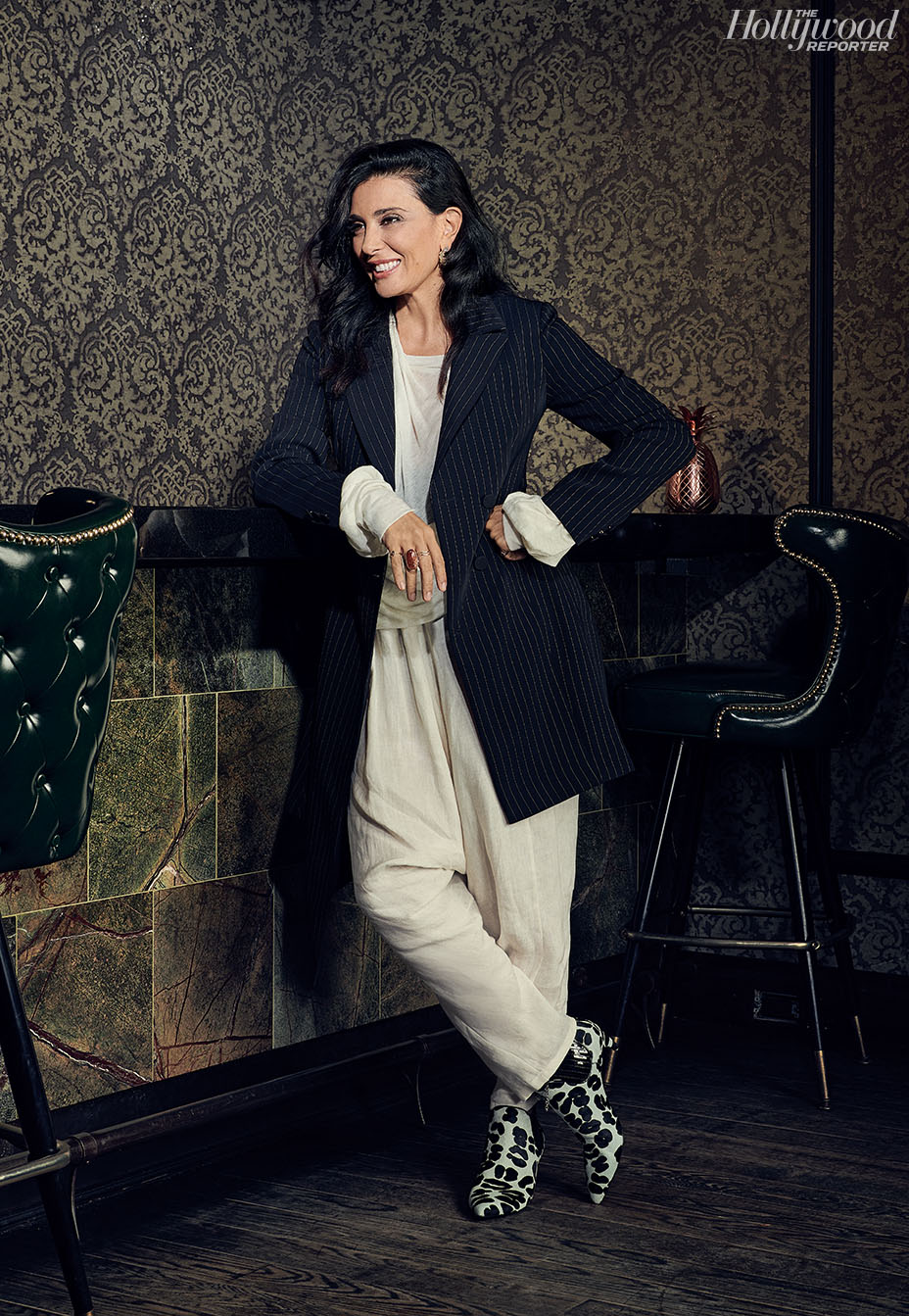 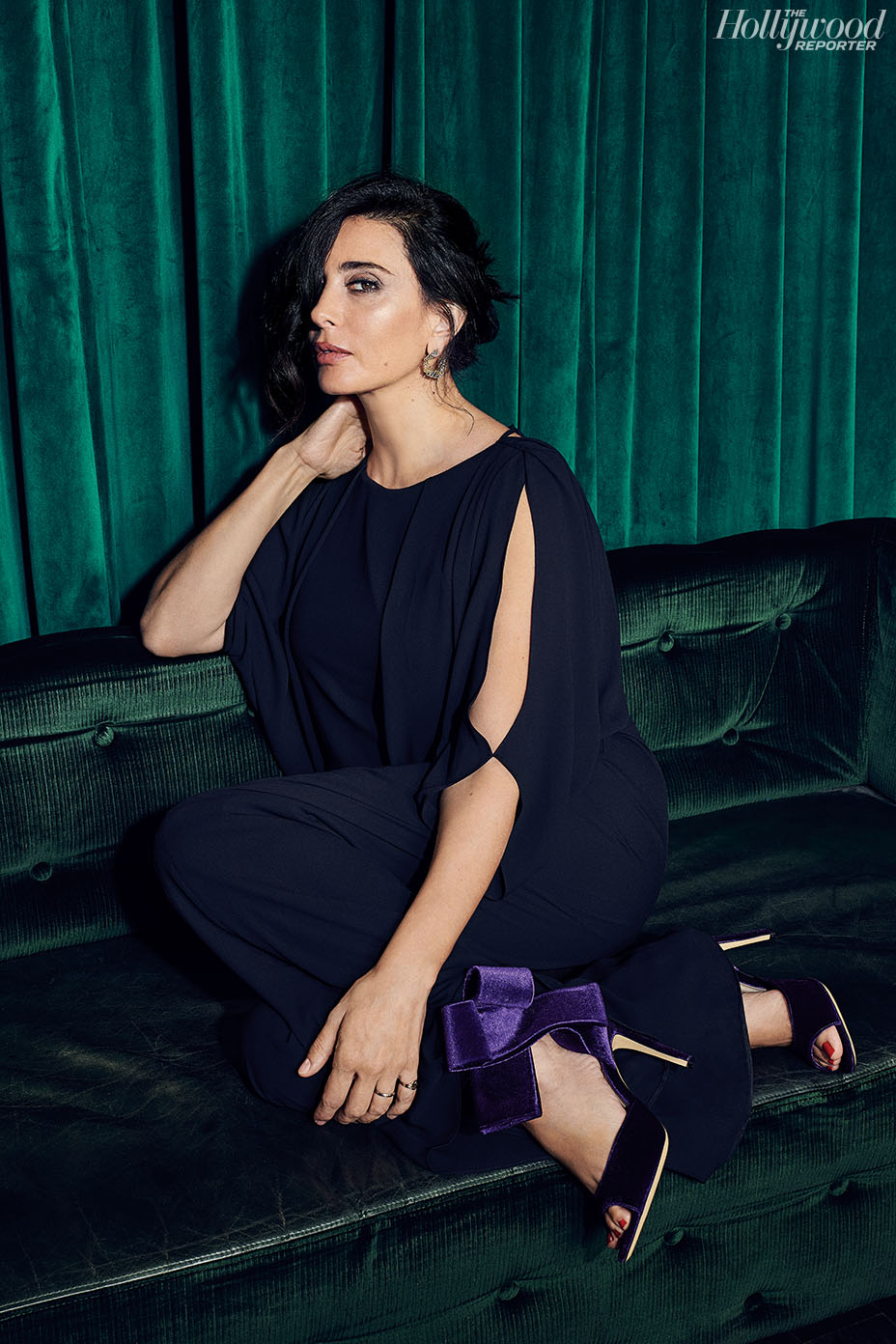 The movie also influenced her style. Olivia Newton-John’s Sandy bridged the worlds of traditional and modern — something that the helmer, now 44, weaves into her own look. “I like to represent my part of the world but in a modern way and in the right way,” she observes, speaking to THR just before Capernaum‘s U.S. debut Oct. 6 at the Hamptons Film Festival. “You’ll always see me putting on [Middle Eastern] earrings and with Arabic calligraphy in my jewelry. I like the black kohl around the eyes. It’s like a signature of where I come from — this mixture of any modern woman who is still in touch with her traditions.”

When Capernaum had its world premiere in May at Cannes, Labaki cut a striking figure on the red carpet, wearing a belted emerald green gown by designer Elie Saab and gauzy scarf. “She has been wearing the brand for more than 10 years at the most important red carpet events,” says Saab, adding, “Nadine was nominated for Cannes’ Palme d’Or, so we chose the look to match her role and to respect the message of the movie. We went for something elegant and graceful.” Given the film’s subject matter — centering on a 12-year-old boy (played by real-life Syrian refugee Zain Al Rafeea) who navigates life in the poorest slums of Lebanon — finding the equilibrium between seriousness and elegance requires thought. 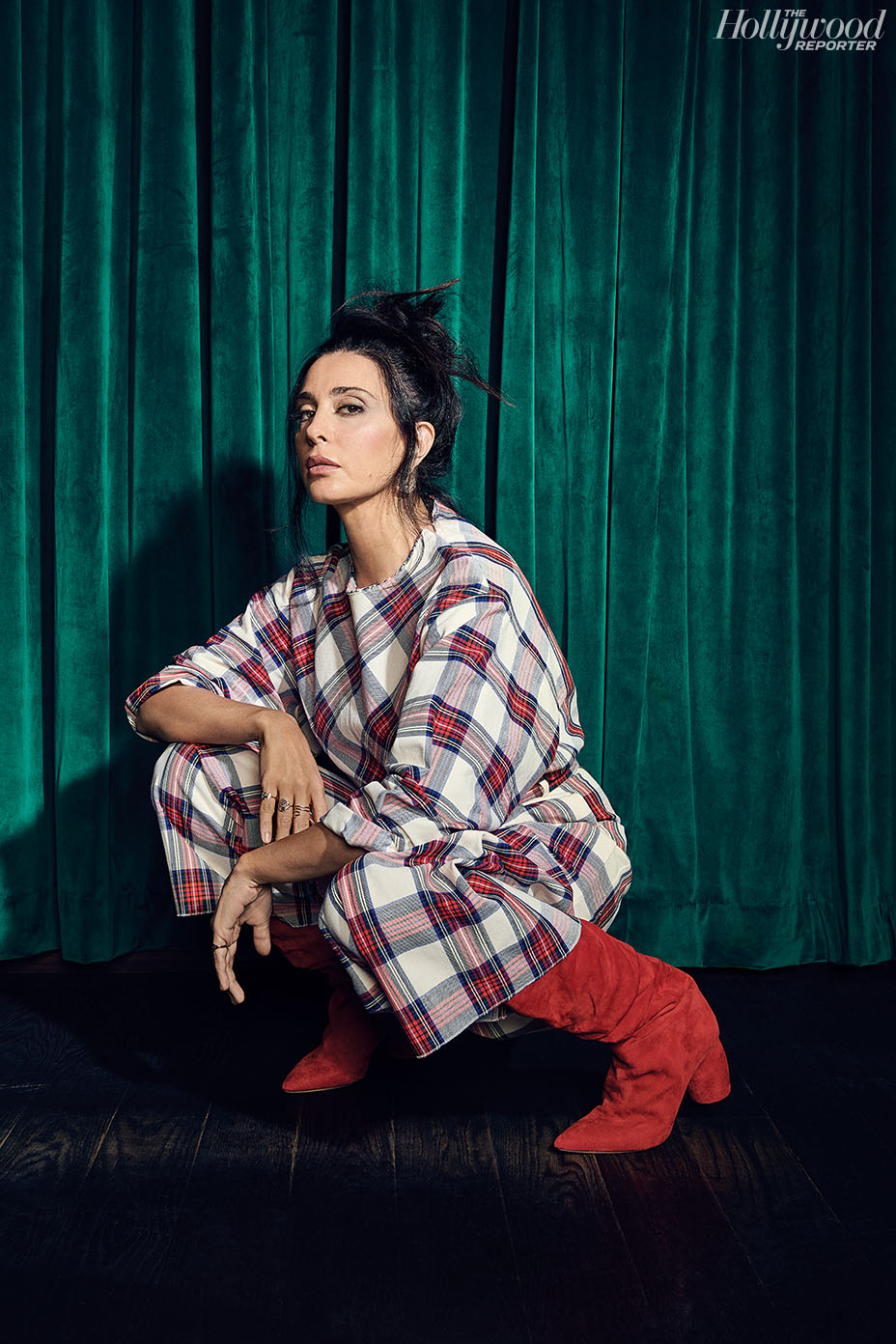 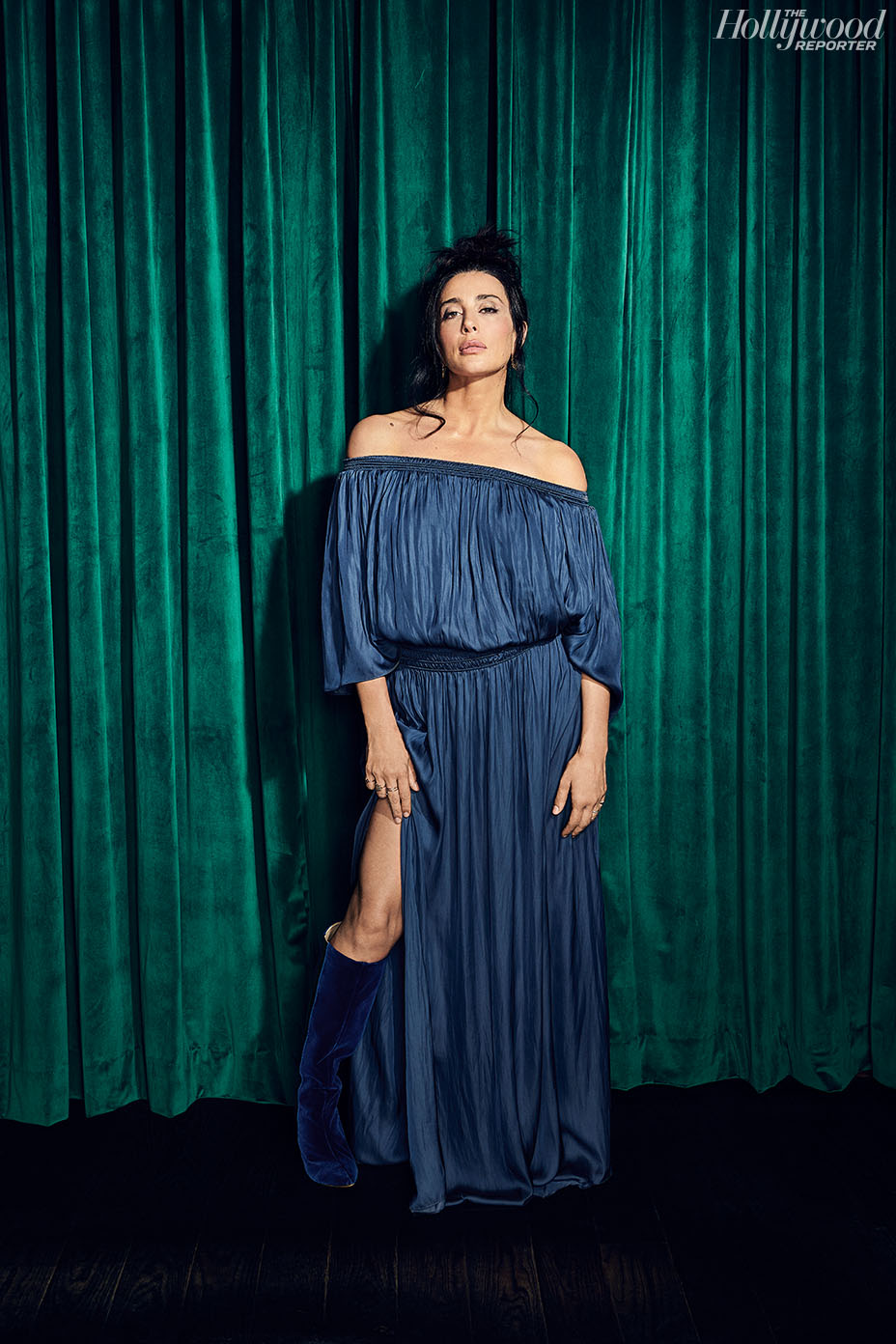 “I’m like any woman who likes to get dressed up in designer clothes [on] the red carpet,” she says. “At the same time, it’s very difficult because at the back of your mind, there’s always this guilty feeling that you are not allowed to do that. I’ve been with these [nonprofessional actor] kids for the past three or four years. It’s been a complete immersion in this difficult world. There’s this feeling that you’re not entitled to play the glamour game.”

Labaki, who got her start directing music videos for Middle Eastern singers, will find herself hitting many red carpets in the coming months for the Sony Pictures Classics contender (Capernaum took home the Jury Prize in Cannes). By now she’s comfortable: Her previous two features — 2011’s Where Do We Go Now? and 2007’s Caramel — both screened at Cannes. In May, she signed with CAA, which has started to field offers for English-language material.

Not surprisingly, the married mother of two (her husband is musician and composer Khaled Mouzanar) doesn’t work with a stylist. She goes with her gut and relies heavily on Lebanese designers like Saab — a Hollywood favorite who has appeared three times on THR‘s Red Carpet Designers list and designed the iconic coppery dress that Halle Berry wore to the 2002 Oscars — as well as Azzi & Osta, Karoline Lang and Sarah’s Bag. “Nadine is a beautiful and confident woman who is effortlessly classy,” says Sarah Beydoun, of Sarah’s Bag. “She loves fashion yet is not obsessed with it. She is more about substance and values.” 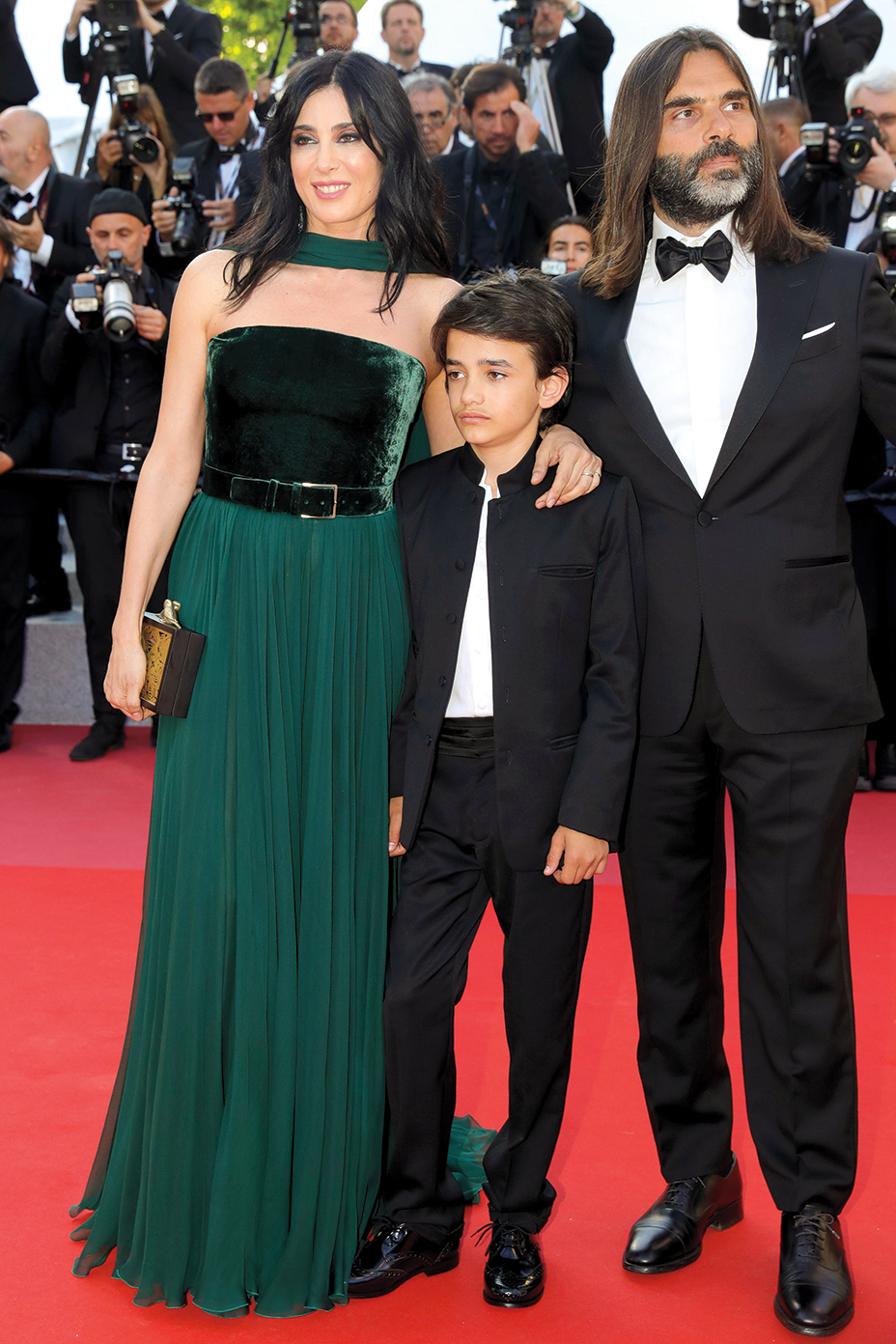 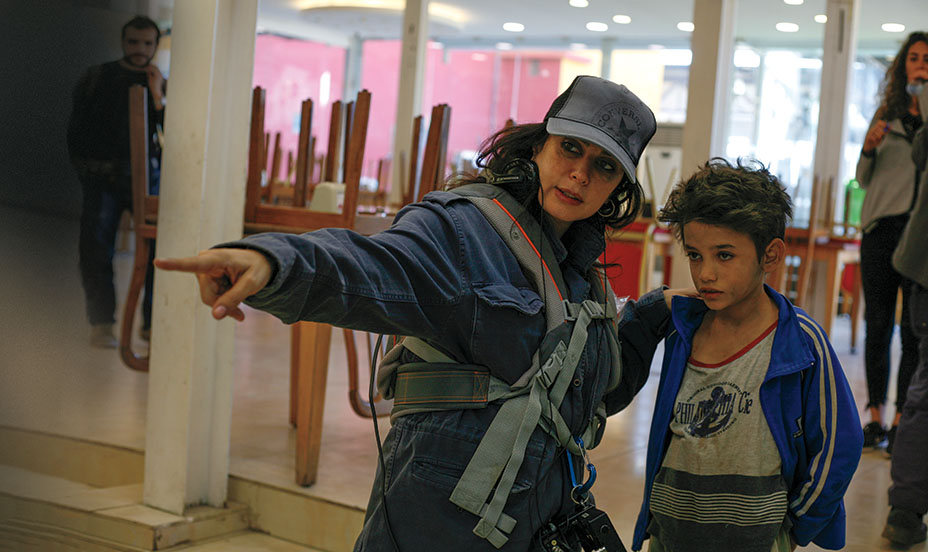 For the Beirut-based director, dressing local is one way of honoring her roots. Another is being practical. Lebanese are known for a certain pragmatism considering their country’s history of tumult. Now that she is traveling more frequently to industry hubs New York and Los Angeles as well as festivals around the world, she has become a no-nonsense packer (Istanbul, Hong Kong, London and Rome are next on her festival list). One trick she learned is to hang her outfits on light, metal hangers in airline-ready clear garment bags.

“As soon as I arrive, I hang the bag,” she says. “That helps me stay organized and see all the clothes that I have, and not fold and unfold. I don’t really have the time for that,” especially true now that awards season is gearing up for full swing.