Just after 9:30 p.m. on a particularly gorgeous Monday in the South of France, Natalie Portman got out of her seat on the terrace of Christian Dior’s resplendent Chateau de la Colle Noire to take the microphone from Claude Martinez. Echoing the Dior Parfums CEO, the actress — a longtime face of Miss Dior, looking radiant like only new mothers can (she and husband Benjamin Millepied welcomed daughter Amalia not quite three months ago) — praised the other guest of honor.

“Miss Dior is the fragrance of the heart, so it’s nice to be here to celebrate this perfume of love,” Portman gushed to the 150 guests, which included press, influencers, models Aymeline Valade and Lily Donaldson, Dior master perfumer Francois Demachy, and Dior Makeup creative and image director Peter Philips, all gathered to celebrate the launch of the fragrance. “This new campaign of ‘What would you do for love?’ is so beautiful to celebrate at this incredibly magical place on Earth.” 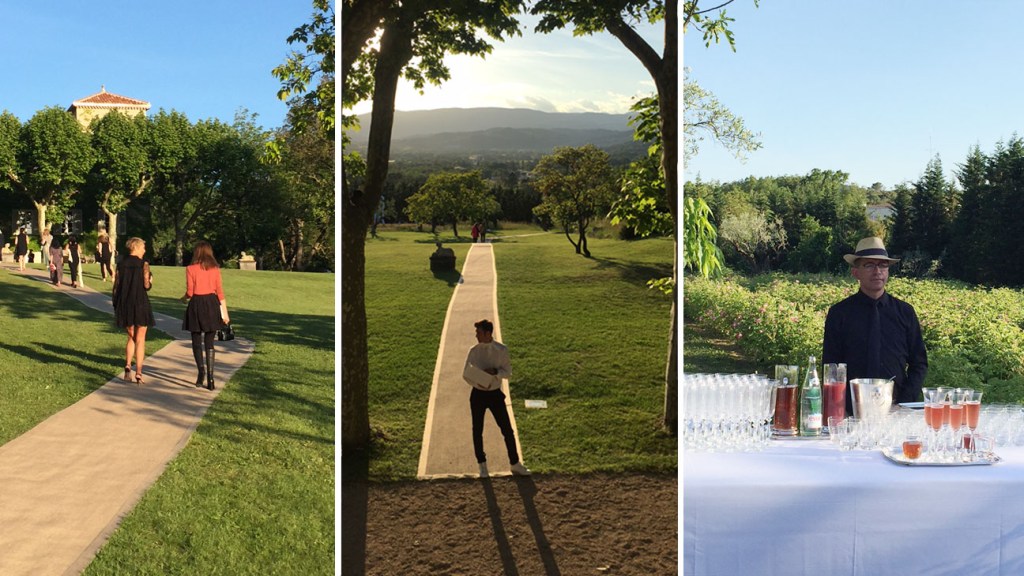 Chateau de la Colle Noire does have its own special brand of magic — acquired by Mr. Dior in 1951 and resurrected by the House of Dior in an extensive renovation project unveiled in May 2016 — something Portman, together with her husband who was in attendance, experienced for the very first time Monday. She flew in especially for the dinner party and launch event, which featured a rose garden-set cocktail party (complete with pink champagne and male models acting as real gardeners with beige linen aprons and straw hats), guided tours of the chateau and Miss Dior showroom, an elegant dinner party and jaw-dropping fireworks, a Dior event signature.

“I was lucky enough to follow my love to France, and it’s nice to be back here in France getting to spend this beautiful evening with all of you celebrating love,” said Portman, known to typically err on the side of privacy. The statement was received with a smattering of cheers as love was most certainly in the air, mixed with genuine adoration even if some guests couldn’t find the words to describe the emotional experience. 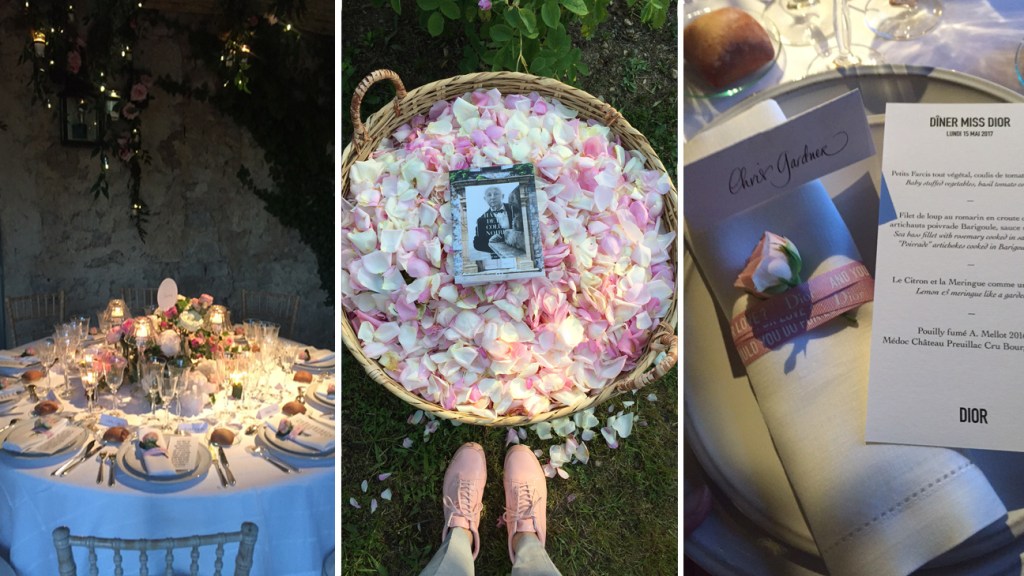 “It’s so spectacular, I don’t know what to say,” smiled Portman’s stylist Kate Young. “The gardens are breathtaking. We’ve been all over the house and each room has a different character. The motifs are still in the clothing today. It’s super romantic to know that it lives on.”

The House of Dior has life in many forms today, several of which were on display during a series of events Monday in the South of France and none of which were at all close to the recent Dior Cruise show in L.A., held in a remote mountaintop known as Upper Las Virgenes Canyon Open Space Preserve in Calabasas. Impressive range. As for France, the tour started at the Hotel du Cap Eden Roc, where Dior hosted a luncheon on the famed terrace to celebrate the May 30 publication of Rizzoli’s Christian Dior in the South of France: The Chateau de la Colle Noire by Laurence Benaim. A trip to Grasse, the perfume capital of the world, followed for a visit of “Christian Dior: Esprit de Parfums,” a new exhibit at the International Perfume Museum, which is on view through Oct. 1.

Then it was on to Dior’s Colle Noire.

In his remarks during dinner (a three-course meal featuring sea bass and dessert of lemon and meringue), Martinez talked about the significance of resurrecting the “beautiful mansion,” a project that started in 2013 when Dior purchased the property. He said it was brought to life specifically for moments delivered Monday night. “We are celebrating Miss Dior…with the sublime Natalie Portman,” he continued before expressing gratitude. “Thank you for representing for so many years the house of Dior with such beauty, elegance and soul.”

A brief history lesson: Martinez also noted how the fragrance Miss Dior “was born here in 1947 in Provence in land blessed by God that Christian Dior cherished so much.” He also adored Colle Noire, which he purchased in 1951, renovated and owned until his death in 1957. The flowers from his garden inspired many a Dior fragrance, but it was Miss Dior that was on everyone’s tongue and many a wrist. About the campaign, Martinez said, “When we read this question, ‘What would you do for love?’ We like women to be happy. When they are happy they are most beautiful.”

Someone who knows beauty, especially when it comes to the fragrant grounds around Colle Noire, is Dior master perfumer Francois Demachy, “There’s something in the air,” he told Pret-a-Reporter. “This is still the house of Mr. Dior and it will say here forever. Tonight, there are a lot of people, but during the day it’s very quiet. It’s something very special. It’s the first time Natalie comes to La Colle Noire, and it’s important to have a feeling about the house as she represents Miss Dior. So, for us, it’s like a dream.”