Tilda Swinton’s unconventional (yet always chic) look is so unique by Hollywood’s more bottle-blonde standards that the adjectives most frequently used to describe her are “otherworldly” or something else related to aliens.

In fact, the Okja actress’ style is so recognizable that we did a triple-take upon laying eyes on the above photo (left) of Natasha Lyonne and discovering that it was, in fact, Natasha Lyonne and not Swinton with a bright red wig.

'Girlboss' Canceled by Netflix After One Season

Lyonne was photographed at the Kenzo spring 2018 show in Paris on Sunday afternoon, which she attended to show support for designers/close pals Carol Lim and Humberto Leon. (The Orange Is the New Black actress will make her directorial debut in September with a short film she wrote for the brand.) Lyonne was unrecognizable with her bleached eyebrows and lashes, milky white complexion and on-trend crimson ombre lip.

Even her signature strawberry blonde locks were dyed an edgier shade of Florence Welch-auburn and styled in textured, choppy waves as opposed to the blown-out straight locks she’s been rocking recently. Lyonne referenced the devil in her Instagram caption, writing, “Beelzebub or bust” — which even sounds like something Swinton would cite as a style inspiration.

Below, behold evidence of the drastic style transformation, which occurred over a swift 10-day period. 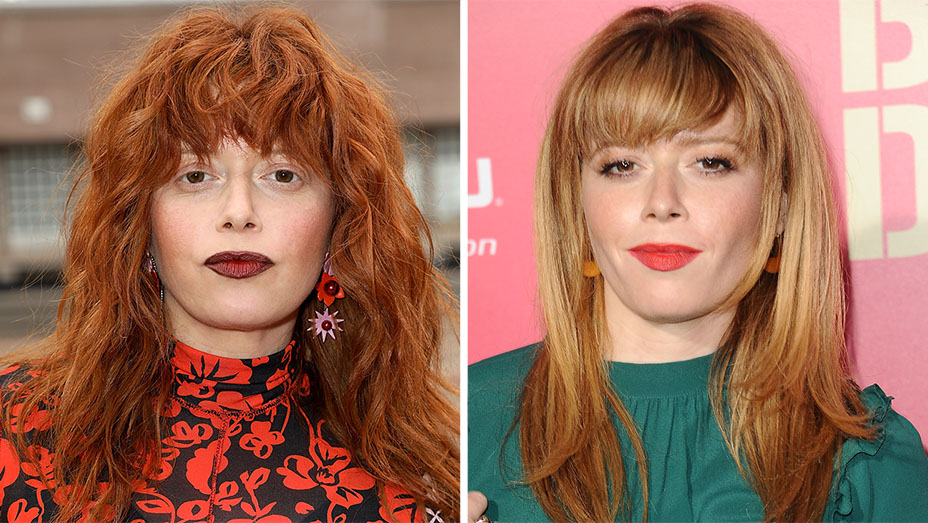 In true Swinton form, Lyonne opted for a long-sleeve red Kenzo frock at the show, which she styled with quirky starburst earrings, black pumps and a matching black purse. The combination of a simple yet colorful ensemble and a singular statement accessory is such a quintessential Swinton style move that we can’t entirely be sure if it was intentional or not. But either way, we’re here for it.