Continue to The Hollywood Reporter SKIP AD
You will be redirected back to your article in seconds
Skip to main content
May 25, 2017 6:00am

The uber-popular Sofia brand from the Francis Ford Coppola Winery was one of the first to popularize the wine-in-a-can phenom, making it totally acceptable for the stylish crowd to crack open a cold one. Now, the label named after Sofia Coppola is expanding its offerings with a new canned bubbly: a brut rosé.

The second sparkling wine in the winery’s collection has spiced berry accents laced with tea leaves, a touch of clove and crisp flavors of tart red currants, pomegranate, strawberries, and peaches — making it the perfect vino for even the hottest of summer days. Celebrity fans of the brand include Divorced star Molly Shannon and Ruth Negga (Loving), who was seen sipping Coppola wine at the 2017 Governor’s Ball.

Millennials have been obsessing over the pink drink in recent years, elevating the popularity of rosé; online wine club Winc told Fortune their year-over-year rosé orders jumped 300% in 2016.

“Unlike Sofia’s still rosé, which is crafted from Rhone varietals, Sofia Brut Rosé is made from a blend of Pinot Noir and Chardonnay, offering aromatic flavors that pair well with assorted cheeses and charcuterie, hors d’oeuvres, shellfish and spicy Asian cuisine,” says Corey Beck, FFCW’s president and director of winemaking. 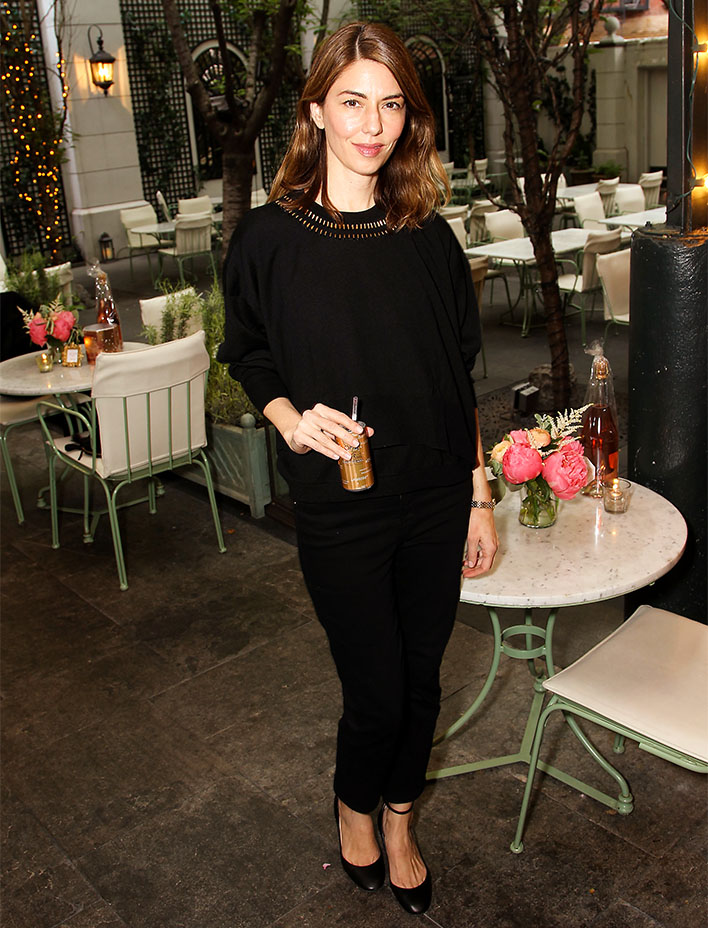 The 2016 Sofia Brut Rosé packaging resembles its predecessor, the Sofia Blanc de Blancs. which debuted its pretty-yet-playful peach 187ml cans (including straws) over a decade ago.

Since 2004, the Sofia collection has expanded to include Blanc de Blancs Minis, Riesling, a still Rosé, Chardonnay, a limited-edition Méthode Champenoise and now, the Sofia Brut Rosé. The sparkling pink stuff is retailing for $19 for the 750ml bottles and $20 per 4-pack of Minis. Both can be purchased online and in stores or will be served at Tanino in Westwood, Via Alloro in Beverly Hills and Venice’s The Other Room. 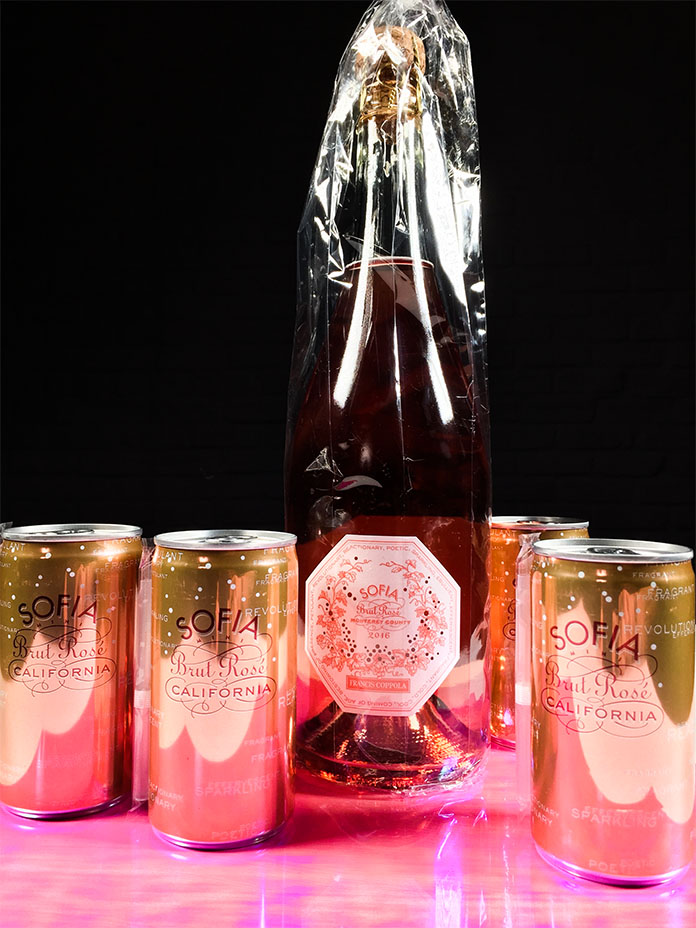