When Tonne Goodman was hired as the magazine’s fashion director almost 20 years ago, little did she know that a wave of change was coming in the way that fashion was traditionally shown at Vogue — the chief arbiter of trends in the days before social media. Along with populating the then-burgeoning red carpet, celebrities would soon begin to edge models off the magazine’s storied covers.

“I seemed to have arrived at the cusp of when it happened. I joined Vogue in September 1999, and the first cover I did was [models] Gisele and Carmen Kass for the January issue,” she remembers. “So that year, 2000, there was one celebrity [cover.] By 2001, celebrities were obviously the selling point. And models became very few and far between. Now, the biggest model out there does not do as well as a celebrity.” 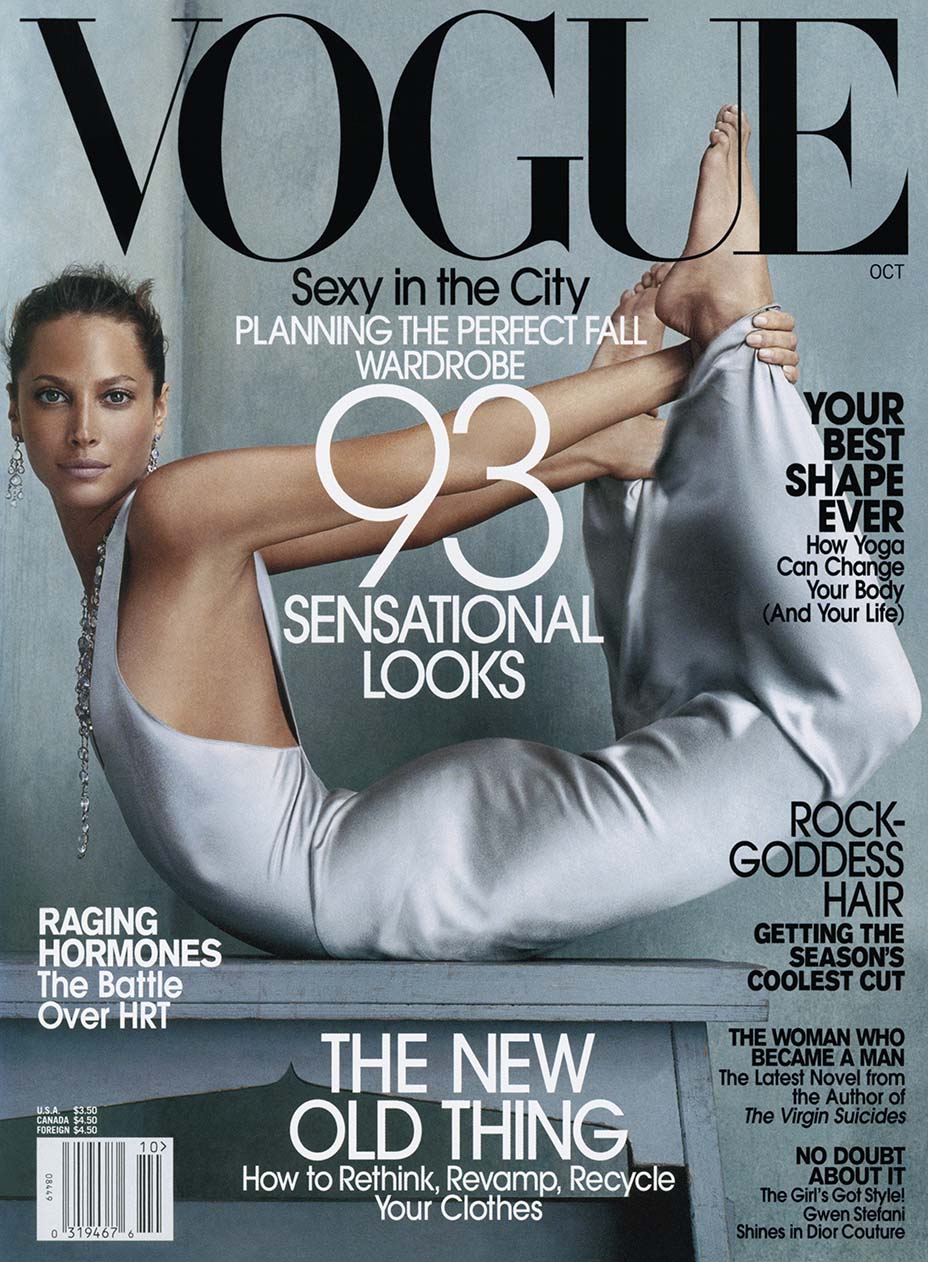 Goodman would go on to style nearly every Vogue cover for the following two decades, working with some figures (Beyoncé and Rihanna) several times. Now, she has transitioned to a contributing editor position since the end of last year, in the ongoing Condé Nast upheaval that has seen most of its major editors depart, with the exception of her boss Anna Wintour. And with Tonne Goodman: Point of View (Harry Abrams) published this week, the influence of one of New York’s top arbiters of style can be seen in some 350 pages of images of her work since the 1980s with the leading fashion brands (Calvin Klein), publications (Vogue, Harper’s Bazaar, The New York Times) and photographers (Mario Testino, Bruce Weber, Helmut Newton, Annie Leibovitz).

“Models know how to embody an outfit and bring it to life,” she says, having vast experience with not only the supermodel days of Linda, Christy and Naomi in the early ‘90s when she styled many of them for Bazaar, but also her own brief stint as a lanky teenage model in the style of Twiggy and Penelope Tree in the swinging ’60s, something that is also chronicled in the book. Even then, she sported the pared-down style that still sets her apart today from more fanciful fashion personalities such as fellow Vogue-er Grace Coddington.

“When you’re shooting a celebrity rather than a model, you approached the fashion aspect from a completely different side,” Goodman says. “With a celebrity, you have to first respect who they are. So they are going to get special treatment that reflects a marriage of their personality and the Vogue standard. But it’s fun. And I would say all of the celebrities that come to Vogue have fun doing it with us.” 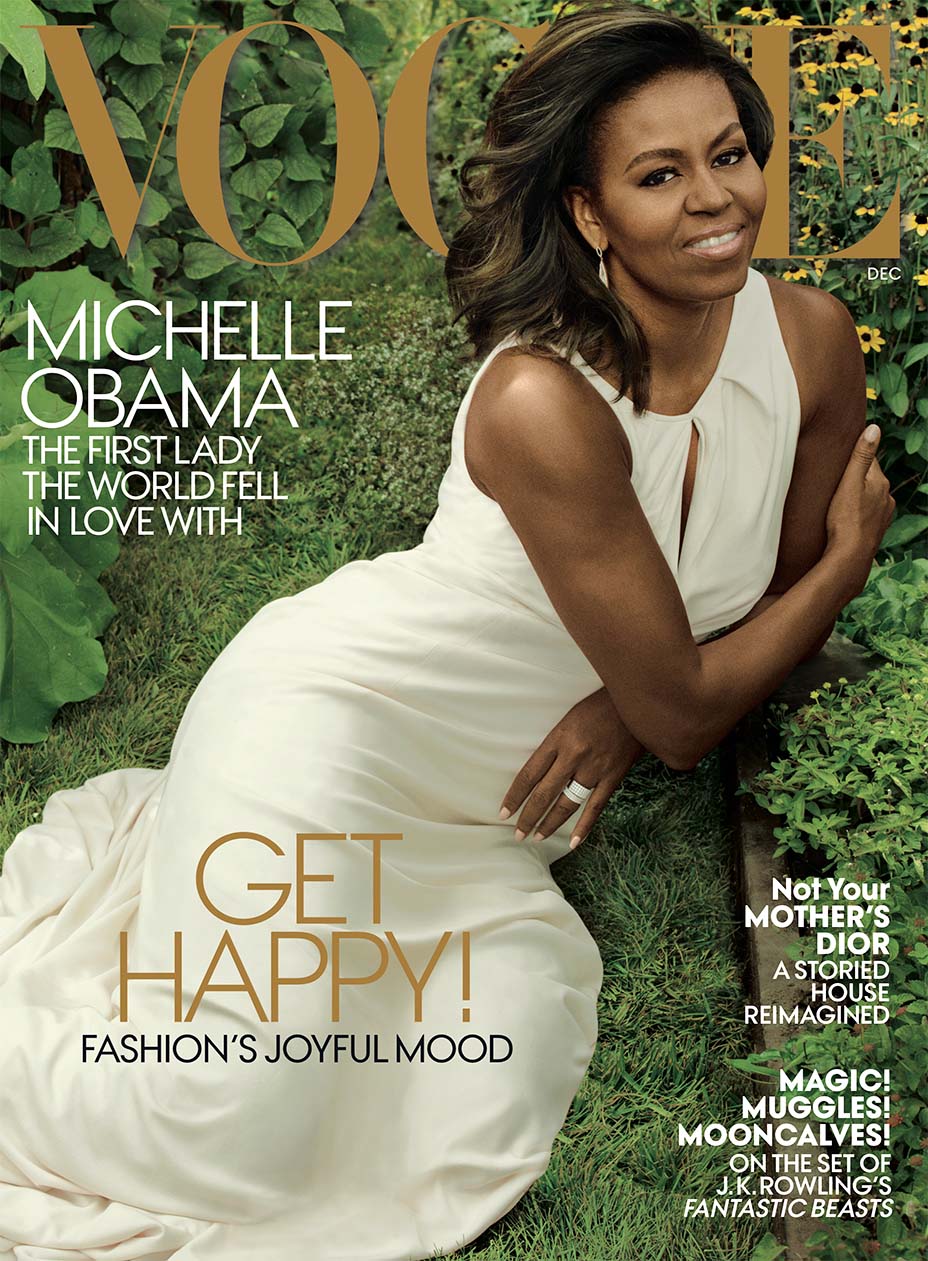 At the top of her list, Goodman cites the two covers she styled with Michelle Obama. “She is very warm, and very natural and very unpretentious,” she says. “And then she’s so smart. And that just comes out immediately.” 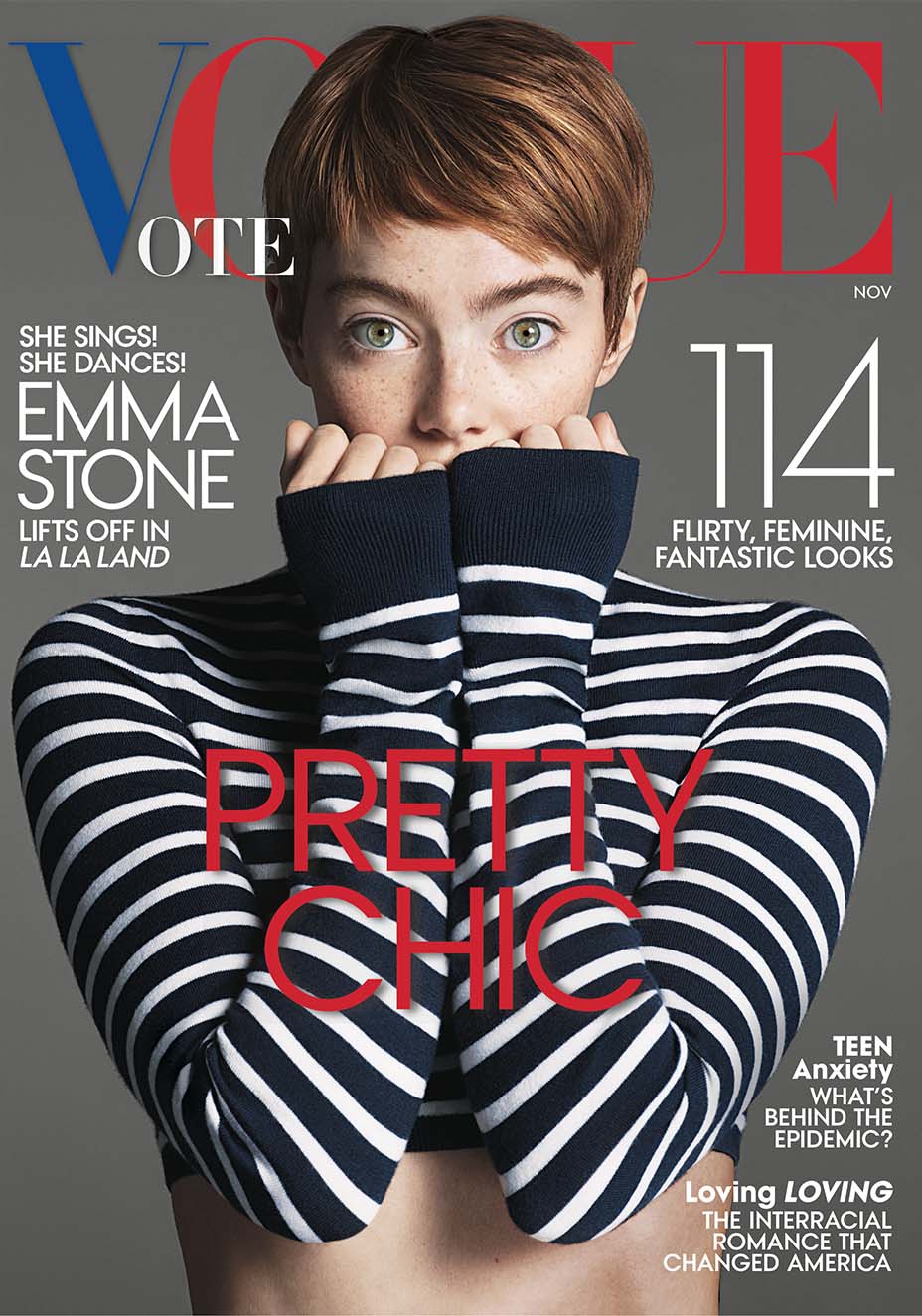 Asked to pick another favorite is a near-impossible task, but Goodman points to last November’s cover of Emma Stone with the word “Vote” emblazoned across the center. “That cover was not expected. It’s charming and does reflect her kind of impish personality,” Goodman says. And (the message) gives it a reality feel instead of it being just an image of somebody wearing a dress.”

Two of her former assistants, Leslie Fremar and Kate Young, have gone on to high-profile careers as red carpet stylists (with repeat slots on THR’s annual Top 25 Stylists list) but Goodman says she’s not interested in that aspect of celebrity styling even though she’s not exclusively tethered to Vogue anymore.

“I think the whole notion of dressing for the red carpet is changing. Some of it feels a little old-fashioned,” she says. “And the modern version on the red carpet is still kind of unknown territory. Because you [still] have to stand out. You can’t be discreet.”

As she embarks on a new chapter without an exclusive tie to the magazine, Goodman says her immediate plans include attending the upcoming Copenhagen summit on the environment, as she did last year. Known for her advocacy for sustainability in the fashion industry, she even made a brief return to modeling on the recent NYFW Fall ’19 runways for designer Chris Peters’ collection CDLM (an offshoot of his label Creatures of the Wind with Shane Gabier) that reworks found existing vintage and deadstock fabrics. “I was very nervous,” she admits. “But [then] I just thought, it’s not about my nerves. It’s about doing something you believe in.”