There’s no shortage of smart startups that will suit up Angelenos in custom creations for the red carpet. For life beyond the Hollywood event circuit, L.A. gentlemen (and menswear-loving women) can get the same superstar bespoke treatment for their casual closet at New York-born label Ari’s first West Coast boutique, which has quietly opened in West Hollywood.

Clients include Tom Cruise, Larry King (who was on hand to fete the store during its grand opening earlier this month), Ellen DeGeneres and Rande Gerber alongside a myriad of pro athletes, Broadway stars and industry insiders who look to the East Coast-based brand as a go-to for Italian cashmere pieces that can be customized down to every last design detail. 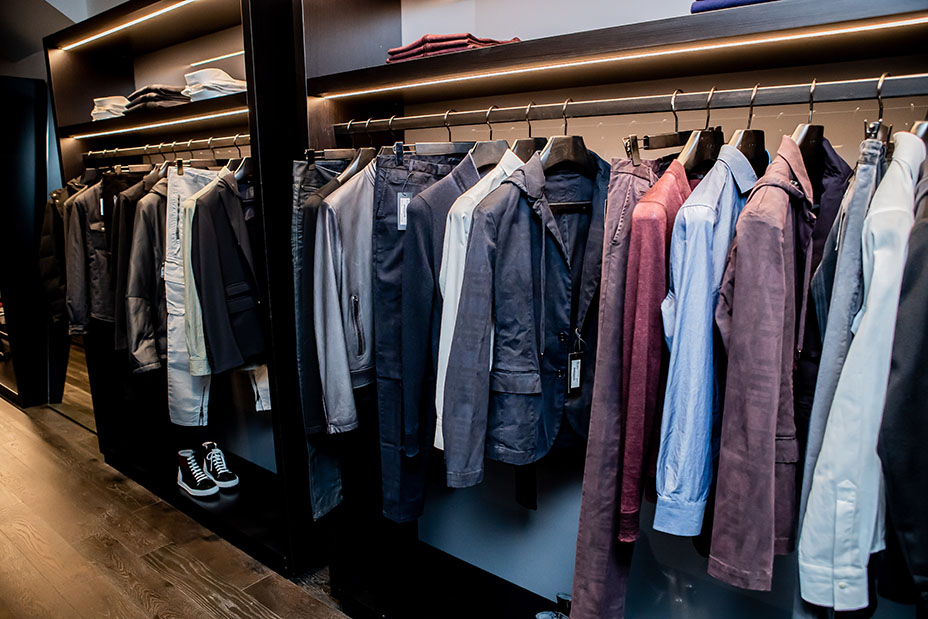 “Suits are an easy thing; everybody can make a custom suit,” founder and creative director Moshe Ben-Ari tells The Hollywood Reporter. (And yes, his new L.A. shop can get you outfitted in one, too.) His other two U.S. boutiques — a flagship that opened in New York’s SoHo neighborhood in 2001 and a Miami outpost that arrived three years ago — are known as “a paradise for knitwear” he says, by clients who have “been demanding and almost forcing us to open in L.A. already.”

The brand specializes in bespoke men’s clothing handmade in Italy, including cashmere garments that are especially popular among “the guys who stay in shape” who don’t necessarily want a slim fit, such as client Hassan Whiteside of the Miami Heat and a host of football and hockey players.

“We do more of a classic fit for broader shoulders that is slimmer on the waist. We’ve made [pieces] for some athletes that are seven feet two,” and shoppers can choose everything from “the style and gauge, [and whether it’s] one-ply, two-ply or three-ply,” as well as specify the collar, arm size, sleeve length and the placement of accents like zippers and pockets. The shop’s bar is stocked with Casamigos tequila, Macallan Scotch whisky and Japanese whisky by Hibiki and Yamazaki, should guests get parched during their fitting session. 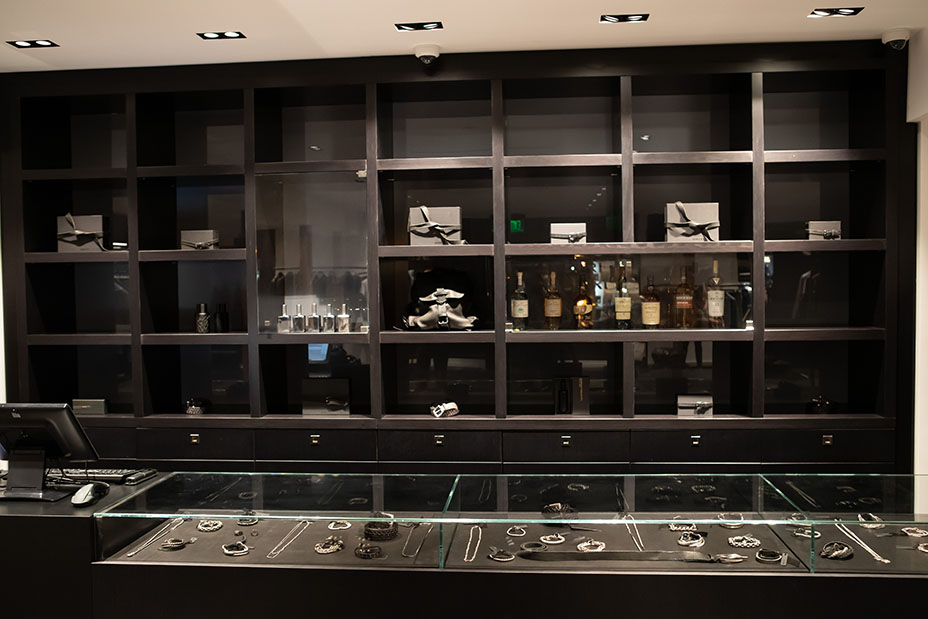 Not crazy for cashmere? Also on the shelves at the 2,200-square-foot Sunset Plaza store are the brand’s full collection of casual-luxe essentials, including L.A. staples such as tees and henleys ($165 to $226), formal and casual button-down shirts in options such as denim and leather ($295 to $2,395), jeans in a variety of fits and washes ($345 to $395), hooded blazers and leather jackets ($895 and up), and footwear including high-top suede sneakers and edgy Nappa leather boots ($595 and up) that Rande Gerber particularly loves — all of which can be custom-tailored, too.

There are also accessories ($85 to $1,590) for completing any look ranging from laid-back to formal to edgy-cool, including Ari’s own silk pocket squares, print-happy ties, crocodile leather belts and rugged leather backpacks alongside sterling silver and leather jewelry by Tuscany-based designer Riccardo Goti.

The Israel-born designer follows in his family’s fashionable footsteps: “My mother is a custom tailor, so everything I used to wear as a kid was made for me.” He made his way to the U.S. in his early twenties by way of New York, where he worked at a boutique in Manhattan before setting up his own shop. For his first L.A. store, Ben-Ari previously scouted spaces in Beverly Hills as well as on buzzing shopping streets such as Melrose Avenue and Robertson Boulevard before snapping up the Sunset Plaza space. (The store was previously home to Nicole Miller.)

“It’s old-school, it has character, it’s artistic. It’s almost like a little neighborhood [with its own] L.A. charisma,” Ben-Ari says. Citing the many restaurants and fitness and skincare studios nearby, “you almost feel like you’re in New York over there. It’s a city within a city,” he says.