It was 22 years ago that Laura Vinroot Poole opened the doors to her directional 6,000-square-foot fashion boutique Capitol in Charlotte, North Carolina. A go-to for those on the city’s social circuit, the shop handles everything from organizing top clients’ closets and packing their suitcases to keeping a list to ensure that no two guests arrive at a gala in the same dress.

Vinroot Poole’s top-notch service and well-curated edit of colorful styles, heavy on Southern charm, have attracted style-makers from around the country (including Reese Witherspoon, Gwyneth Paltrow, Mandy Moore, January Jones, Busy Philipps and cast members from Showtime’s Homeland, which filmed in Charlotte for its first three seasons) who make “pilgrimages” to the shop, Poole told The Hollywood Reporter. Now, with the boutique’s first outpost open at Brentwood Country Mart in Santa Monica (a joint venture with jewelry designer to the stars Irene Neuwirth), her Hollywood clients won’t have to travel quite so far.

The new Brentwood Country Mart shop was designed by Perry Poole Architects, owned by Vinroot Poole’s husband, while Neuwirth’s corner is the work of Pam Shamshiri of L.A.-based Studio Shamshiri, who also designed Neuwirth’s flagship store. Magical displays for Neuwirth’s jewelry, crafted by Clare Crespo, include a refashioned 1940s life-size metal horse from a mining museum and a fantastical mix of flowers, fruit and bunnies in cases alongside Neuwirth’s exquisite jewelry—including an abundance of her hand-carved floral gemstone designs (that take artisans in Germany up to two months to produce) and new, exclusive 18-karat gold hair pieces, decorated with the flowers and hearts, starting at $750. 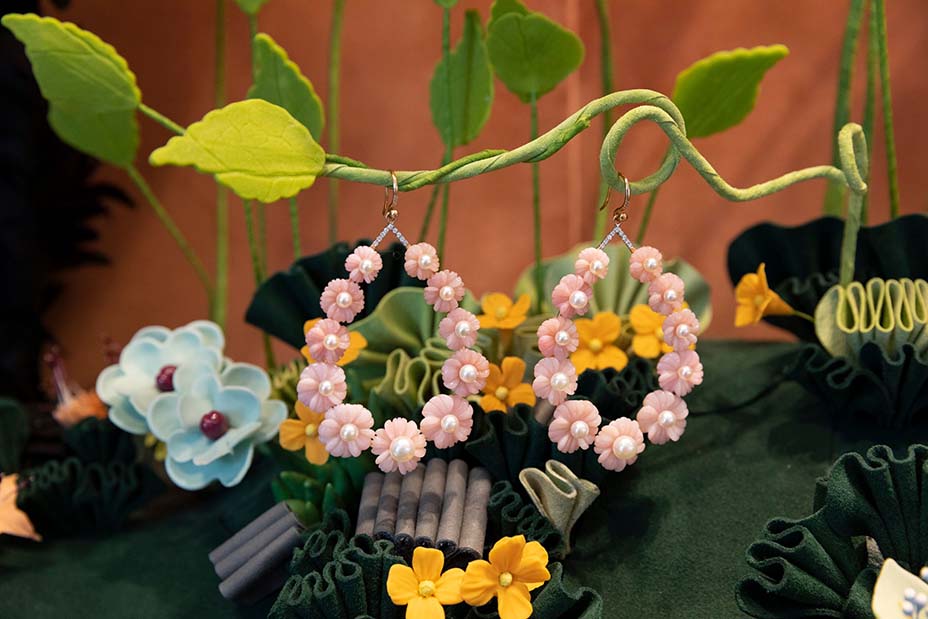 The notion of the joint shop came about, says Neuwirth, when Brentwood Country Mart owner James Rosenfield expressed interest in a multi-brand store and she recommended Capitol, where she has sold her jewelry for nearly 15 years, adding that she and Vinroot Poole share a very feminine aesthetic, an “over the top approach” to caring for their clients, and a longtime friendship.

Vinroot Poole describes her style sweet spot as “unabashedly beautiful colors, fabrics, details and embroidery,” adding, “If any designer made it in pink, I always have it. I may have it in black, too, but I always have the pink version!” Just three days before the Brentwood shop opened, she had a moment of panic while looking at the piles of pink, patterned, hyper-pretty embellished pieces — worrying that it might not be a fit for L.A. Ironically, a $995 pink daisy-print Gul Hurgel dress on the very top of that pile (an L.A. exclusive) sold first.

Beyond stocking a mix of better-known designer brands such as Dries Van Noten, Valentino and Carolina Herrera, shelves are also filled with lesser-known labels including Copenhagen-based designer Cecilie Bahnsen, cashmere shawl line Bajra, and Dublin-based brand Pippa Holt, a collection of colorfully embroidered caftans by the former stylist. There are also a handful of Capitol exclusives: “Surf in Brentwood” sweatshirts by French label Cuisse de Grenouille ($165), easygoing dresses and jumpsuits by New York brand SEA ($350-$445) and sandals by L.A.-based designer Emme Parsons ($360 to $425) in lime green and magenta, along with one-of-a-kind Olympia Le-Tan book clutches ($1225-$1775) in California themes such as Big Sur and the Oranges of Hieronymus Bosch by Henry Miller. 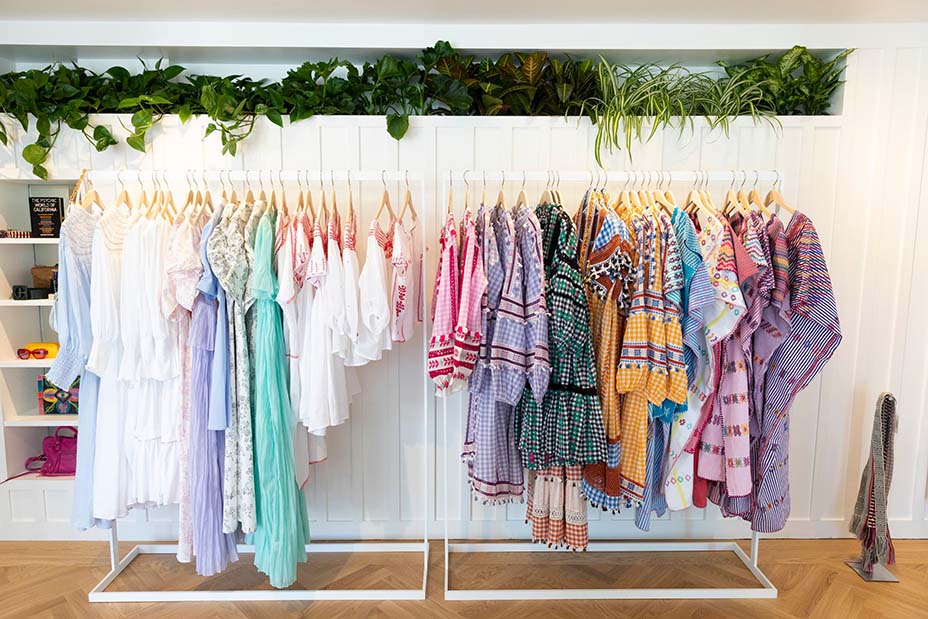 L.A. is Capitol’s second largest client base, and Vinroot Poole has been visiting for 30 years (she is now renting a cottage in Santa Monica through the summer) so the move was a natural extension of her business. “The light and climate are similar (less humidity and less mosquitos here!) and I’m always surprised that people don’t wear more color in L.A. because it looks so beautiful and fresh with your sunshine,” she says, revealing that some of her favorite local destinations are The Apple Pan for “the best burgers in L.A.,” Love Yoga in Venice, Palihouse Santa Monica (“that feels more apartment than hotel”) and Schindler House on Kings Road (“I never go to L.A. without seeing it, even if I’m just peeking in the windows!”)

In Charlotte, Vinroot Poole also runs Poole Shop, focused on jeans and weekend wear, and the men’s shop Tabor that stocks clothing, shoes and accessories. “We’re really like a department store; people get everything from lingerie to dinner reservations,” she says, noting that she would like to open a branch of her men’s store in L.A. next and plans to amp up service offerings here, as she expands.

“I love beautiful clothes, but if this is just about clothes it’s not going to be that interesting to me,” says Vinroot Poole. “It’s really about helping people find their style and feel confident and ready for events. I want to work with my clients for the rest of their lives!”