Founded by photographer and actor John Ganun, The Scenario Studio’s two-month pop-up ($29 per person, free for ages 3 and under) will take over the underground floor of Grand Central Market through Monday, Nov. 4, and mark the first time that the public will get the chance to step into his whimsical, selfie-ready worlds. Ahead of the “photomusement” pop-up’s official debut next month, a teaser set will be installed for two weeks starting Wednesday.

The studio previously only worked privately with Fortune 500 companies and stars for parties and events, such as countless Hollywood premieres and products launches. Other A-list clients who have hired Ganun and his team include Drew Barrymore, Katy Perry, Taylor Swift and Kylie Jenner.

“We do sets thats are very punchy, colorful; once in awhile I’ll do something muted. I started in theater and did a couple of Broadway shows [and] it probably just rubbed off on me,” Ganun tells The Hollywood Reporter. 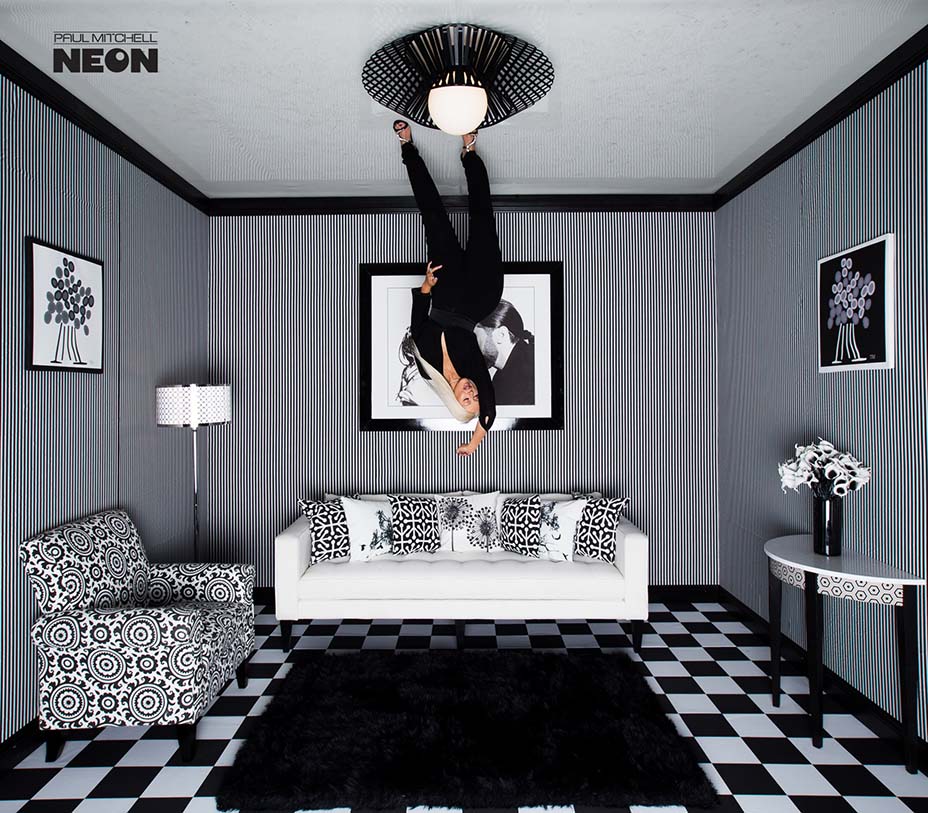 Whether it’s using professional lighting or printing a backdrop that might look blurry to the eye yet gives smartphone photos that same bokeh look, the actor-turned-photographer pulls from his prior stage and screen experiences when building his elaborate designs.

“You get that great cinematic or photographic effect of having a blurry background,” says Ganun. “You can do that on a soundstage, but [not] when you’re working with limited space. That’s one of my biggest tricks, so I hope I’m not giving it away! I’ve been doing this for quite a while and people always say, ‘Oh, it’s a photo booth,’ [but] it’s not. It’s a full set. I’m trying to build sets that you would see in TV and film.”

Before starting his photography studio 12 years ago, Ganun also appeared on TV shows including The Practice and Judging Amy, as well as in several films. “That thought occurred to me just a couple of days ago. My first big [gig] I got when I moved to L.A. was a fireman [role] in the movie Pleasantville. I’ve done a few sets now that are entirely black-and-white, so the conceit is that you’re stepping into this black-and-white world, which does not exist except for in TV and film, and you up being in color. [So] maybe none of my ideas are new.” 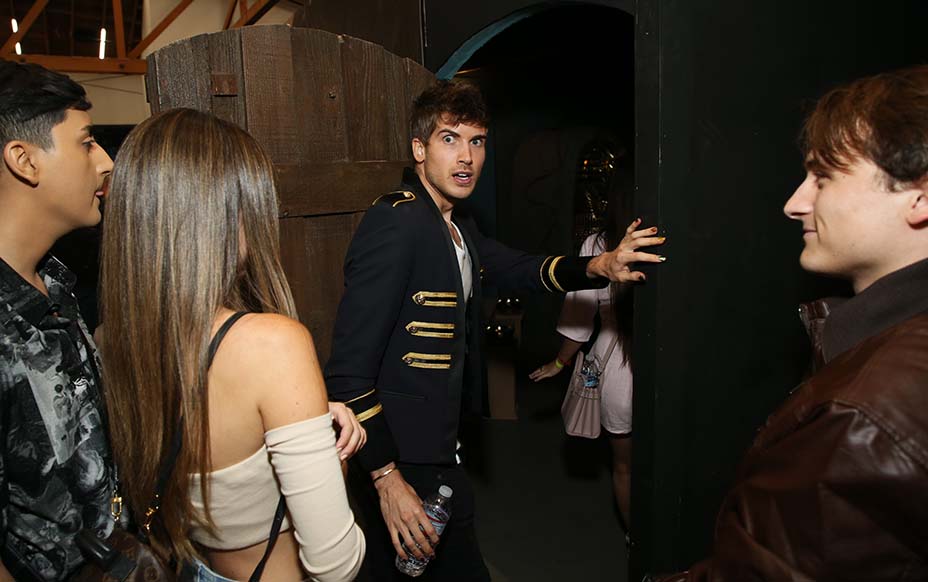 Over at the United Talent Agency’s Artist Space in Beverly Hills, the Escape the Night escape room brings to life Joey Graceffa’s original YouTube Originals series of the same name. (Graceffa is represented by UTA.) Now in its fourth season, the series is part murder mystery, part reality TV competition and centers on Graceffa’s character as he rescues social media personalities from purgatory, where they were entrapped in past seasons.

“Each season is based on a different era and has a totally different aesthetic. I definitely took inspiration from Night of the Living Museum, and Indiana Jones was the inspiration for my character and the marketing,” Graceffa tells THR. The three-room immersive game ($55 and up per person) features puzzles inspired by the the plot. “Because it’s based in a museum, we got to play around with a lot of mythology from different cultures. There’s references to Indian, Chinese, Brittania and Egyptian [motifs],” Graceffa adds.

The idea to create an interactive experience for his show had been brewing for the last four months, says Graceffa, who funded the project himself. He began playing the real-life adventure games in L.A. earlier this year and has completed about 25 so far. “I’m fairly new to escape rooms, which is kind of shocking since I have a show that is essentially a giant [one],” he says. Adding to that is his experience competing on The Amazing Race, on which he was a contestant in the 22nd and 24th seasons.

The actor boasts over 11 million subscribers on his two YouTube vlogging and video gaming channels and published his New York Times best-selling memoir, In Real Life, on Simon & Schuster’s Keywords Press imprint in 2015. Last fall, Graceffa released the final book in his Children of Eden dystopian young adult trilogy co-authored with Laura L. Sullivan and is now “actively seeking a partner to bring it to life; that is the number one dream goal is to get it adapted,” he says. “I created the books in mind of becoming a movie.”

Graceffa is already dreaming of the potential cast, including who will star as Lark, a lavender-haired character from the second book, Elites of Eden: “I’ve been watching Euphoria on HBO and the character played by Hunter Schafer, Jules, reminds me so much of her. So if I had a dream casting for Lark, it would be Hunter.”