You can’t throw a rock in Los Angeles without hitting an exclusive, members-only workspace these days, leaving one to wonder if any stone has been left unturned in the membership co-working market. Enter Blackbird, a new Culver City co-working collective geared towards women of color and their allies, that is

=>set to officially debut next month. (It joins the newly opened AllBright, Soho Warehouse in downtown L.A., NeueHouse and San Vicente Bungalows, to name just a few, as well as the forthcoming The Britely and Arts Club, among others.)

Landing not far from Sony Pictures Studios and Amazon’s future L.A. headquarters at the under-redevelopment Culver Studios, the 12,000 square-foot property is the brainchild of interior designer and former actress Bridgid Coulter (who is married to Don Cheadle). Set to officially debut Oct. 26 with a grand opening celebration that will include a panel discussion on finance, the community-minded space has already hosted a slew of events during its soft-open phase, including a reception for 2020 presidential candidate Kamala Harris in August (which just so happened to coincide with Black Women’s Equal Pay Day).

Having visited about 30 industry-favored spaces over the past decade, Coulter tells The Hollywood Reporter: “I have never had a bad experience; I personally feel pretty welcome. There was never a negative issue for me.” Speaking from an oceanfront hotel room in Hawaii (where she is working on a design project), the 51-year-old explains that she created Blackbird because “there is just a shorthand that I have when I’m immersed in my own community that [feels like] when you’re home; there is an intangible experience of just having a comfort of community [where you feel] seen. I knew that there was a lack of diversity and not [necessarily] from anybody trying to not have it.” 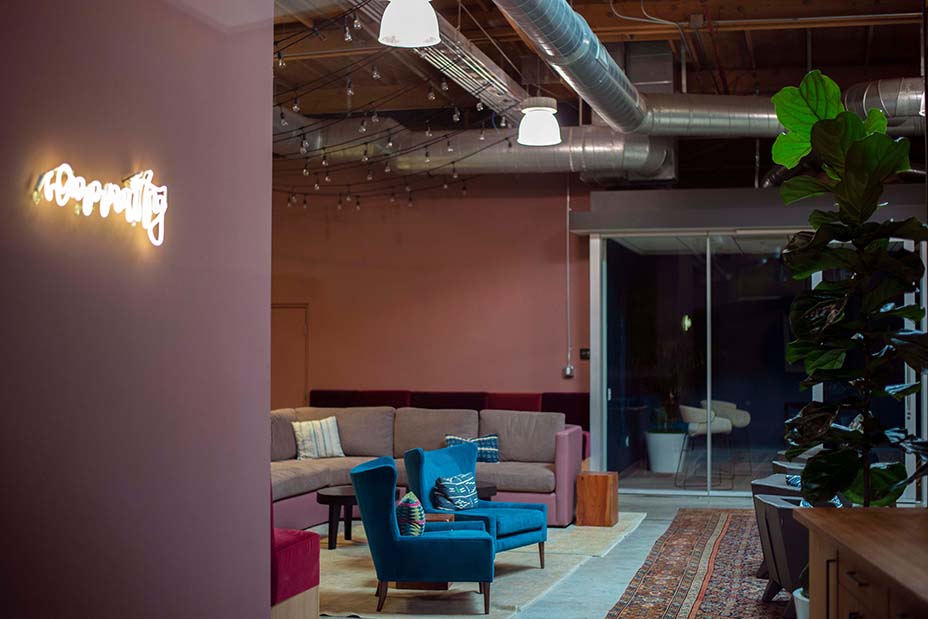 “A lot of people who buy into the co-working spaces end up being producers and writers and people with that more flexible job schedule,” says Coulter. Blackbird aims to welcome women of color and their allies beyond Hollywood from tech, education and other industries. The goal is to give members “access to the same opportunities” and networks that might be overlooking the community. “There’s so many people who are just excellent and aren’t found or seen.”

Membership is open to all, regardless of race and gender: “I’m a multicultural black woman and I really feel that it’s important that we’re all unified. I don’t want anyone… to feel unwelcome. It’s important for us, especially in this time, politically, that we learn more about each other,” says Coulter. “The idea that kept popping up in my head was, ‘What if the tables were turned? What if the matrix was different, what if we were mostly diverse, but still inclusive?'”

That approach extends to the pricing, which starts at a very accessible Bouquet option for $195 per month (which includes weekends all day and weekday evening access starting at 5 p.m.) to $495 per month for the Ensemble roaming membership (full-time access to floating desks) to $695 for the Branch option (full-time access for an assigned desk). Those with deeper pockets can opt for a private office for $2,000 to $8,000 monthly. The space already has about 50 members in a diverse range of industries, from filmmakers and makeup artists to education professionals and therapists.

Blackbird’s lofty interiors feature rich jewel tones, luxe materials and outdoor touches (an open courtyard brings Mother Nature in). “It was really all about this grounding, sophisticated, but still feminine [aesthetic where] a man can work there and not feel ‘girly’, but a woman can work there and feel powerful and embraced,” says Coulter. “I wanted it to feel warm [and symbolize] this concept of home, this place you can come and you feel get work done, or you can get a meditation in, and you can get some community and some kombucha.” 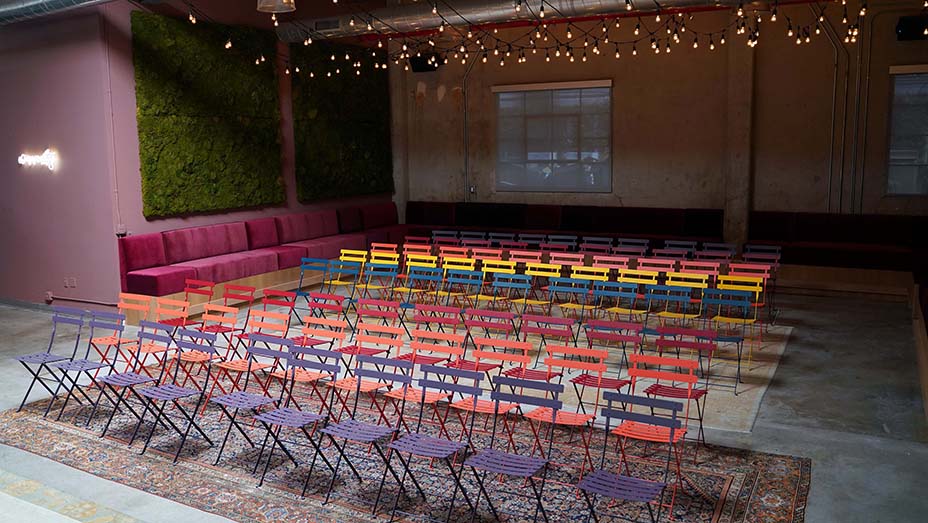 Rounding out the wellness offerings is an on-site gym with workout equipment and 20- to 30-minute classes (such as yoga, strength training and dance fitness), while a house-like center structure (previously a bird house inherited with the space) will serve as a “quiet work space” and meditation area. “That was the magic thing,” Coulter explains. “I was looking for a place for Blackbird, and I found a place with a bird house and I thought, ‘This has to be where we start.'”

Programming will include mentorships, town hall gatherings, panel discussions, a book club and other events focused on creativity, activism, productivity and well-being. After meeting First Lady Michelle Obama at a book signing, Coulter says Blackbird is also in partnership talks with the Obama Foundation, “whether we host their satellite [locations] or we take in mentors.”

“I feel such a responsibility to the community to make it beautiful and inclusive and just ‘right,'” Coulter says. Up next, she says Blackbird is eyeing potential international outposts, including in Ghana, Johannesburg, London and Paris. 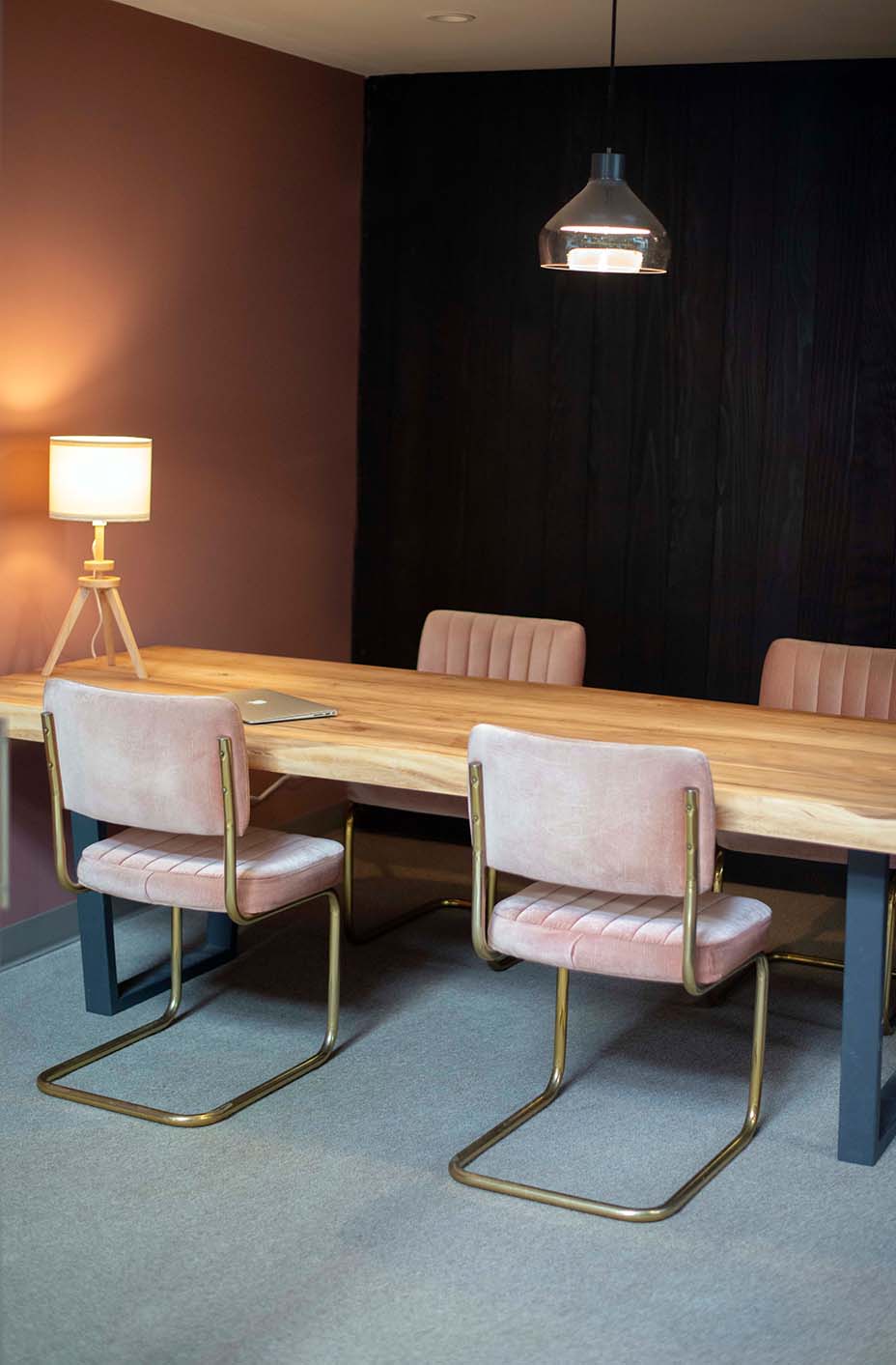