At New York Fashion Week, the race is still on to dress these monied women for charity balls, lunches and their own digital brand launches. And the newest contender to do so is Wes Gordon, who made his runway debut Monday as creative director at the house of Herrera, after the retirement of Carolina Herrera, the last of the original ladies-who-lunch designer guard.

In a nod to the brand’s heritage, Herrera herself sat front row as a guest during the Monday morning show, held at the New York Historical Society amid paintings from the collection of Robert L. Stuart, a 19th century sugar merchant and philanthropist. 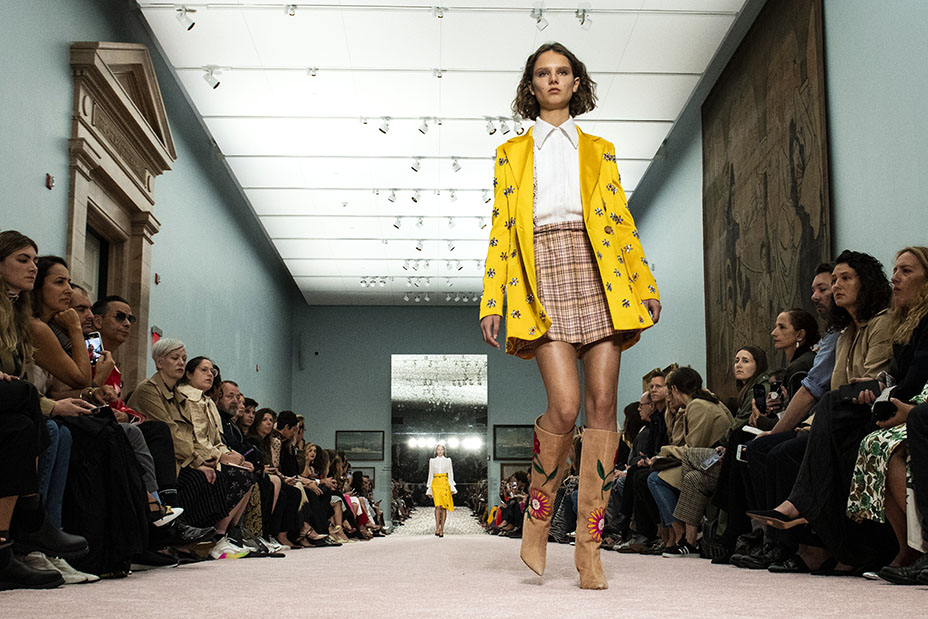 Gordon’s runway was an explosion of Instagrammable color, including the hot marigold hue dubbed “Gen Z” yellow that’s everywhere this season, off-shoulder sundresses bouncing with ruffles, and elongated blazers barely covering the hems of miniskirts, revealing folkloric, floral-detailed knee boots underneath. He touched on several of the season’s emerging trends — crocheted dresses, eyelet lace and polka-dot prints among them — but much of it didn’t seem to rise to the level of luxury or sophistication the house’s existing clientele is used to. 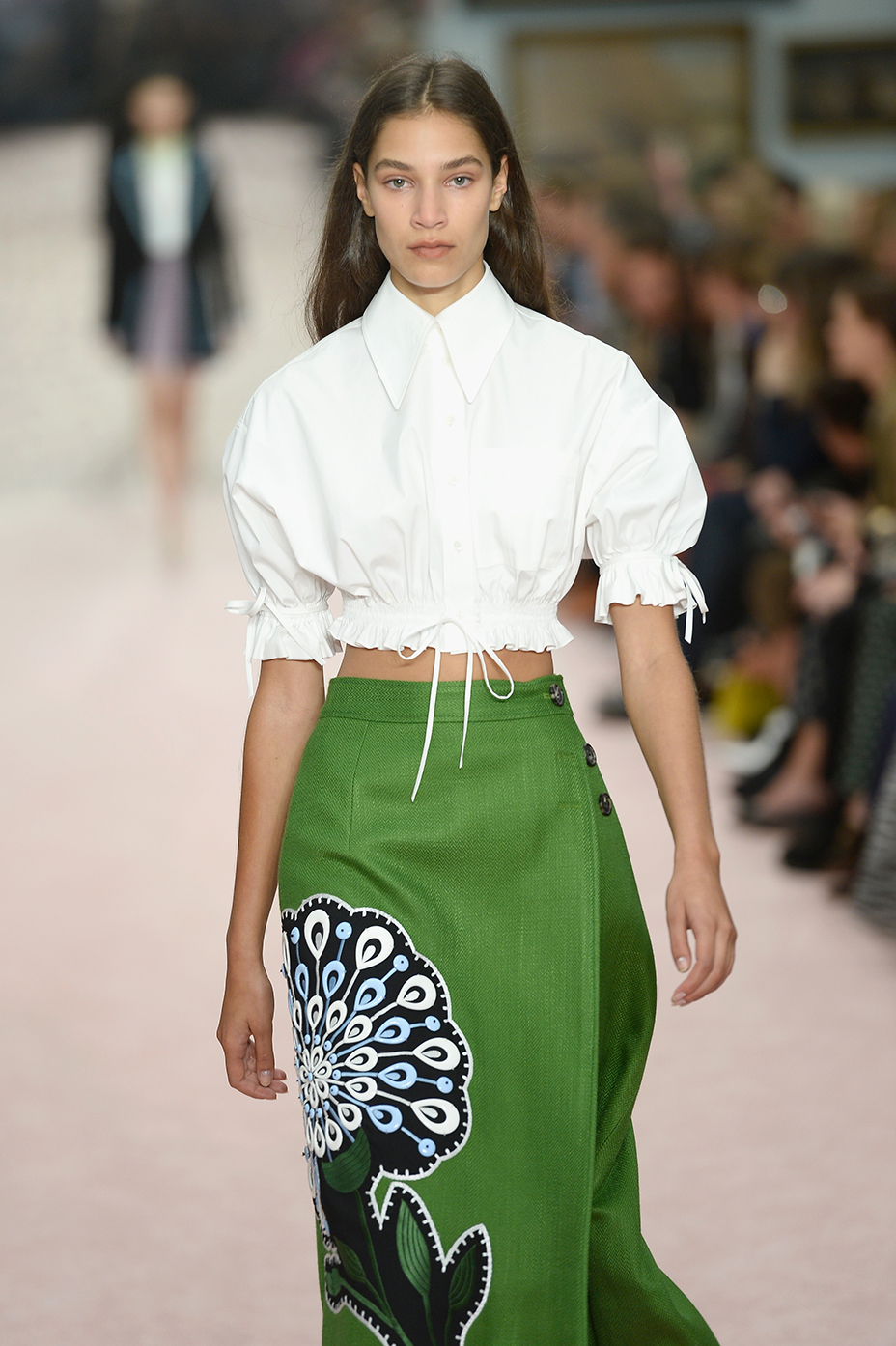 Indeed, one longtime Boston customer remarked, “It was so young!” While it’s necessary for heritage brands like Herrera to cultivate the next generation of clients, should it be at the expense of a loyal, albeit older, shopper? 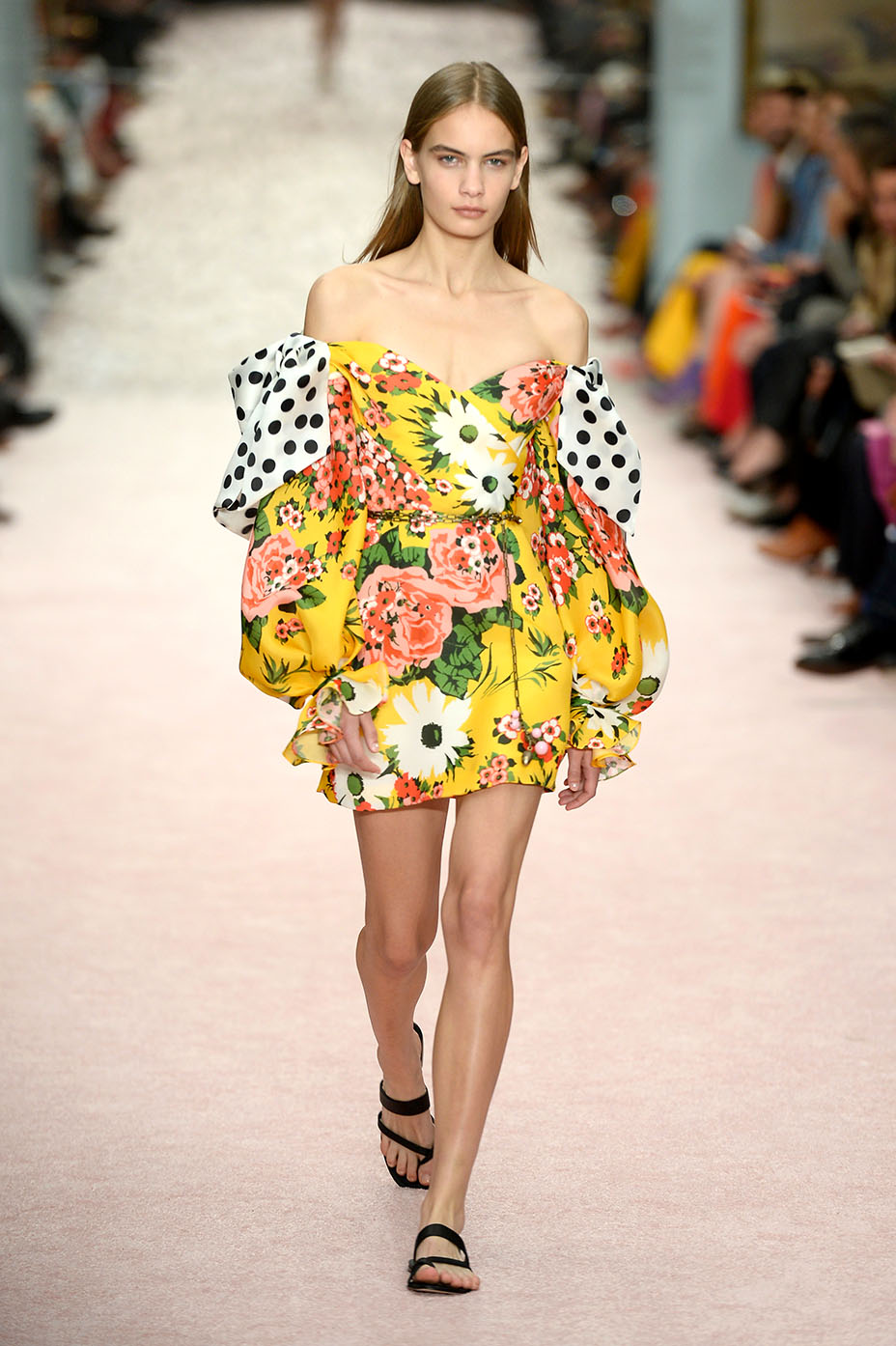 Oscar de la Renta designers Fernando Garcia and Laura Kim have been grappling with the right balance of new and old since they took over the house from its namesake designer two years ago. Showing their Spring 2019 collection on the rooftop of Spring Studios, against a cloudy sky, they achieved their best mix yet. 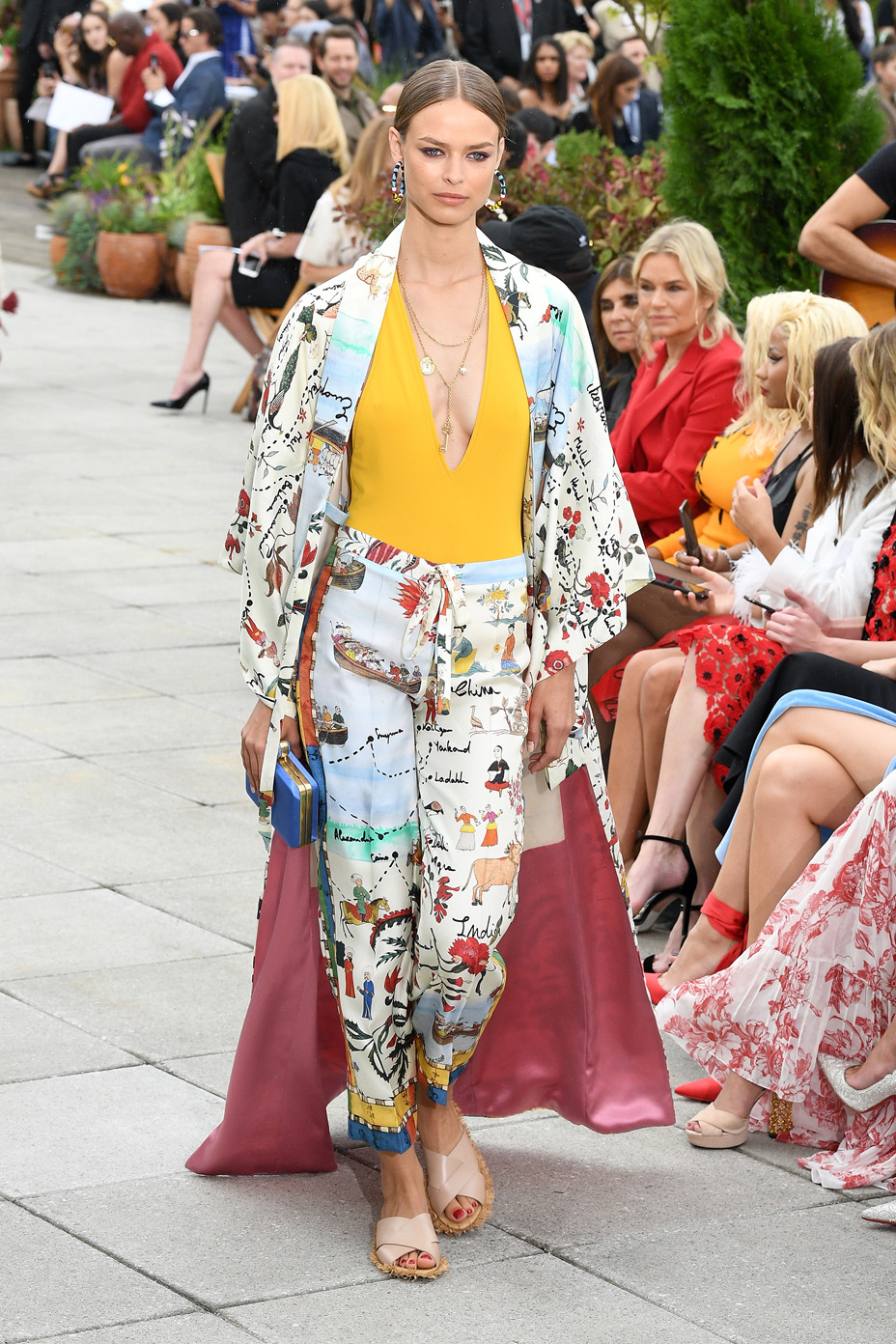 There was no complicated inspiration or highfalutin’ art reference, just a travelogue of summer sojourns to Morocco, Croatia, Lake Como, India and Mykonos that culminated in a global mash-up of references, and a “Silk Road” map print of all the destination points, used on lounge pants, a sarong skirt and robe. 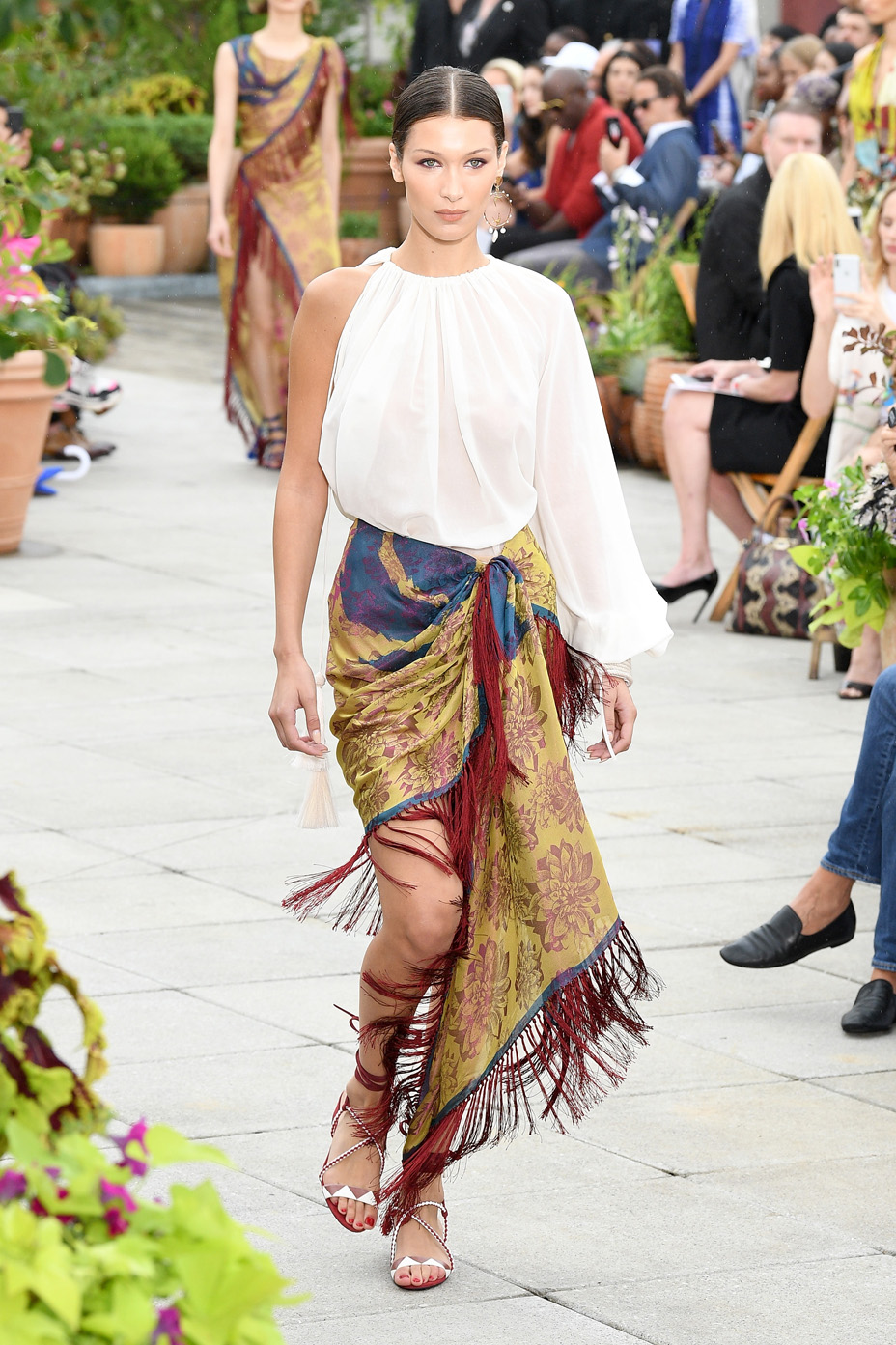 The designers showed versatility, cleverly offering what you might call mother-daughter versions of similar styles to please new and older customers, such as superfan Nicki Minaj and her mama Carol Maraj, who were seated front row near old-guard New York socialites like Jamee Gregory. 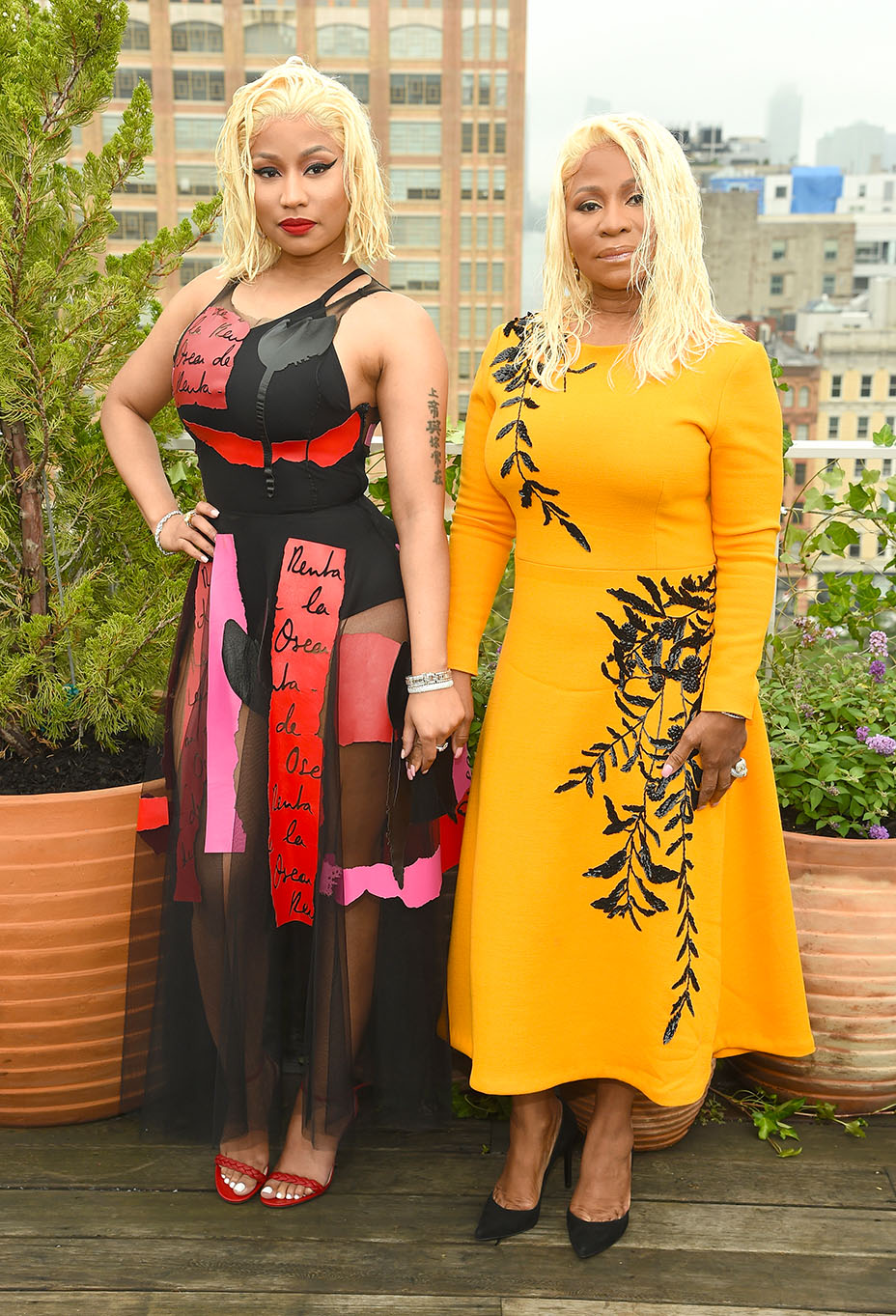 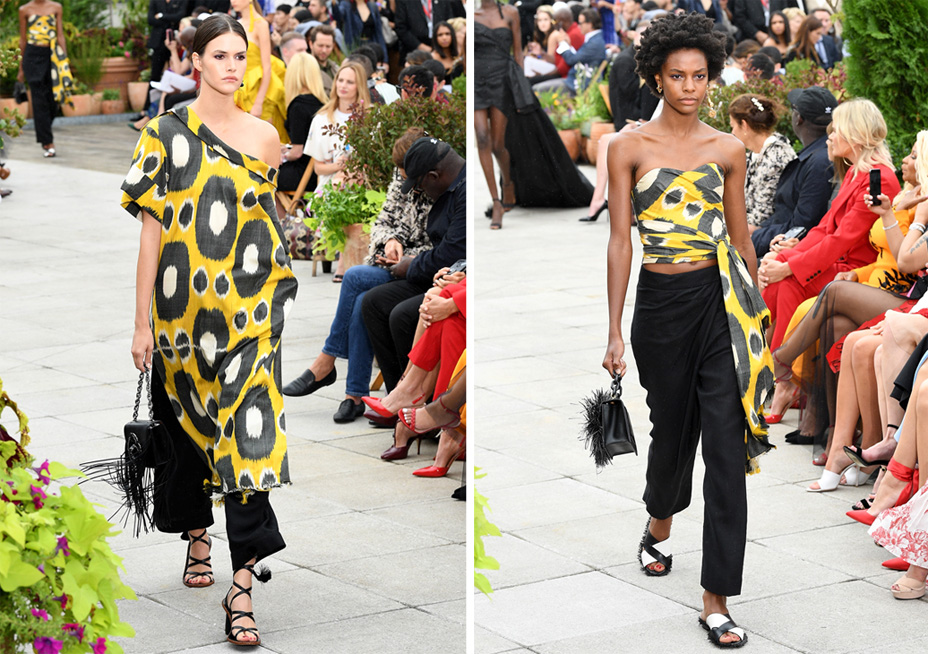 The designers paid homage to Oscar himself, bringing back his poppy flower motif as threadwork embroidery on a Chinese lamb “summer fur” coat, and amped up the Instagram appeal of accessories, showing a birdcage-shaped minaudiere that begged to be tagged and posted.

There was something for everybody in the silhouettes, too: tunics and easy trousers, beaded bustiers with cigarette pants, caftan dresses and feathery red carpet frocks. 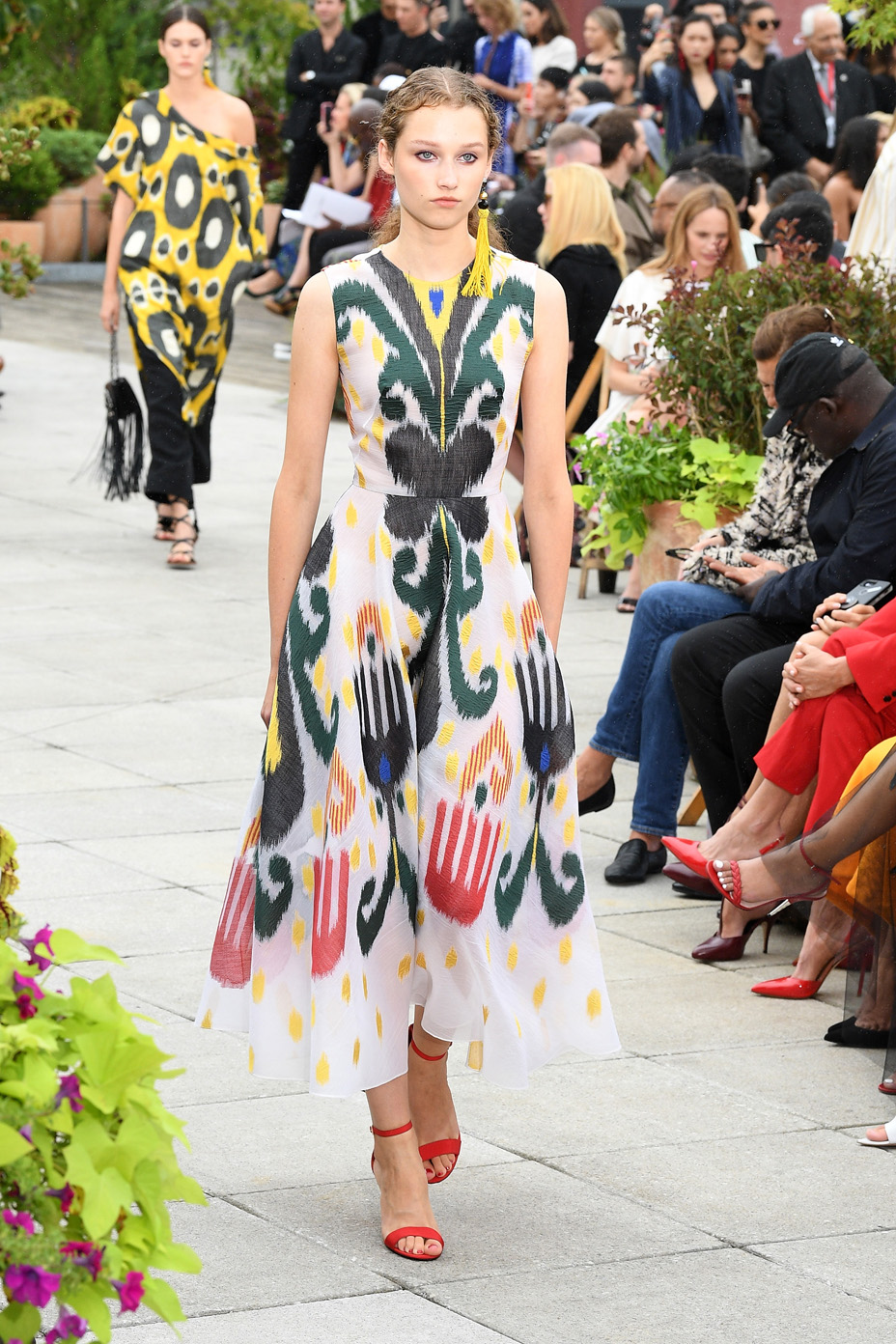 Where Gordon’s collection seemed to skimp on it, the Oscar collection oozed luxury, from the beaded red leaf embroidery on a one-shoulder cocktail gown, to the gold chain fringe swinging on a sleek black column. 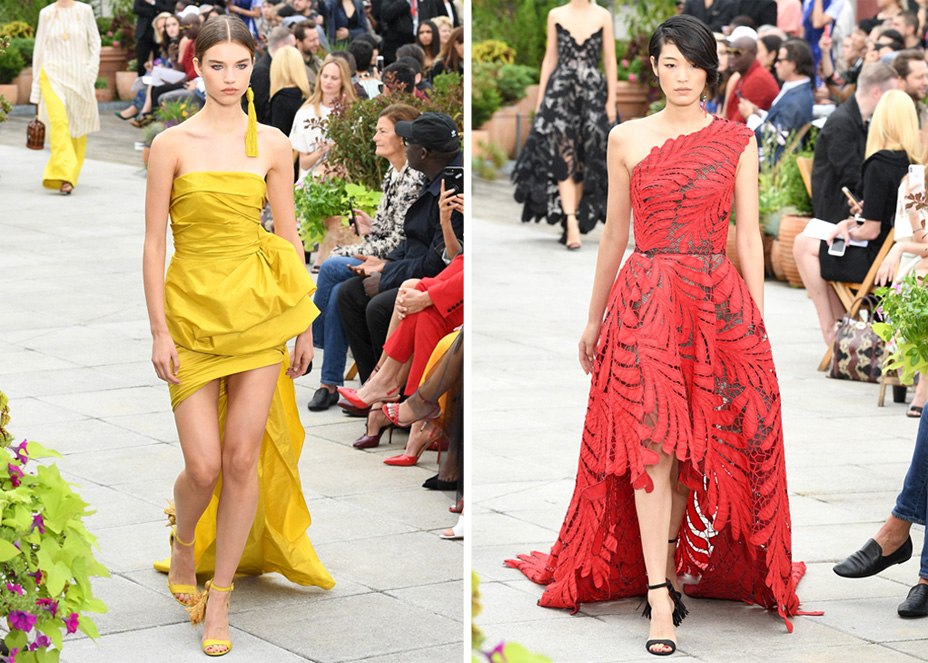 Another name associated with the ladylike look, German fashion brand Escada, parachuted into New York Fashion Week on Saturday looking to lure the next generation. 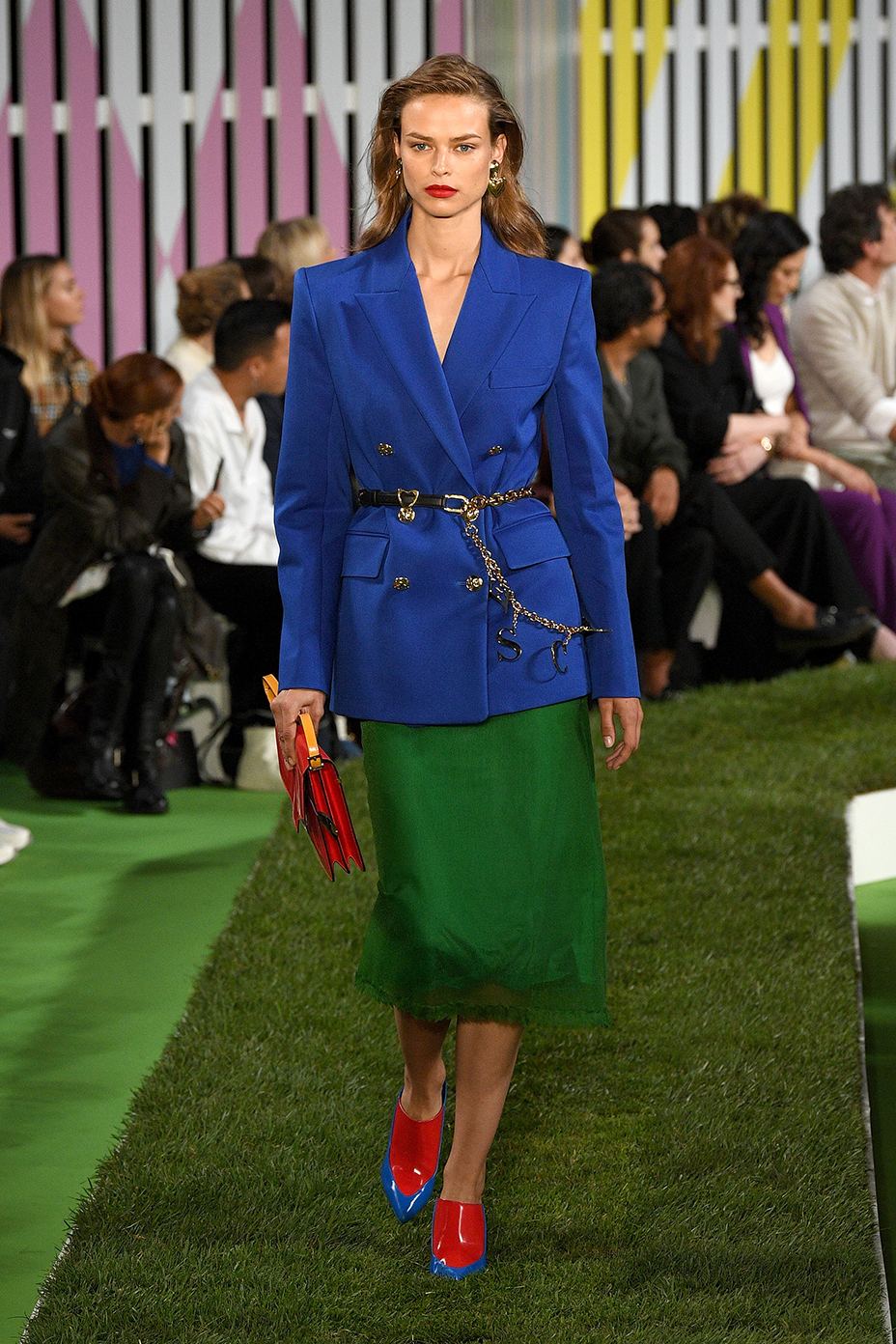 He did style them with fugly pastel-hued high-tops, at least conceding women can now wear sneakers all day, not just for the commute. But it wasn’t enough. 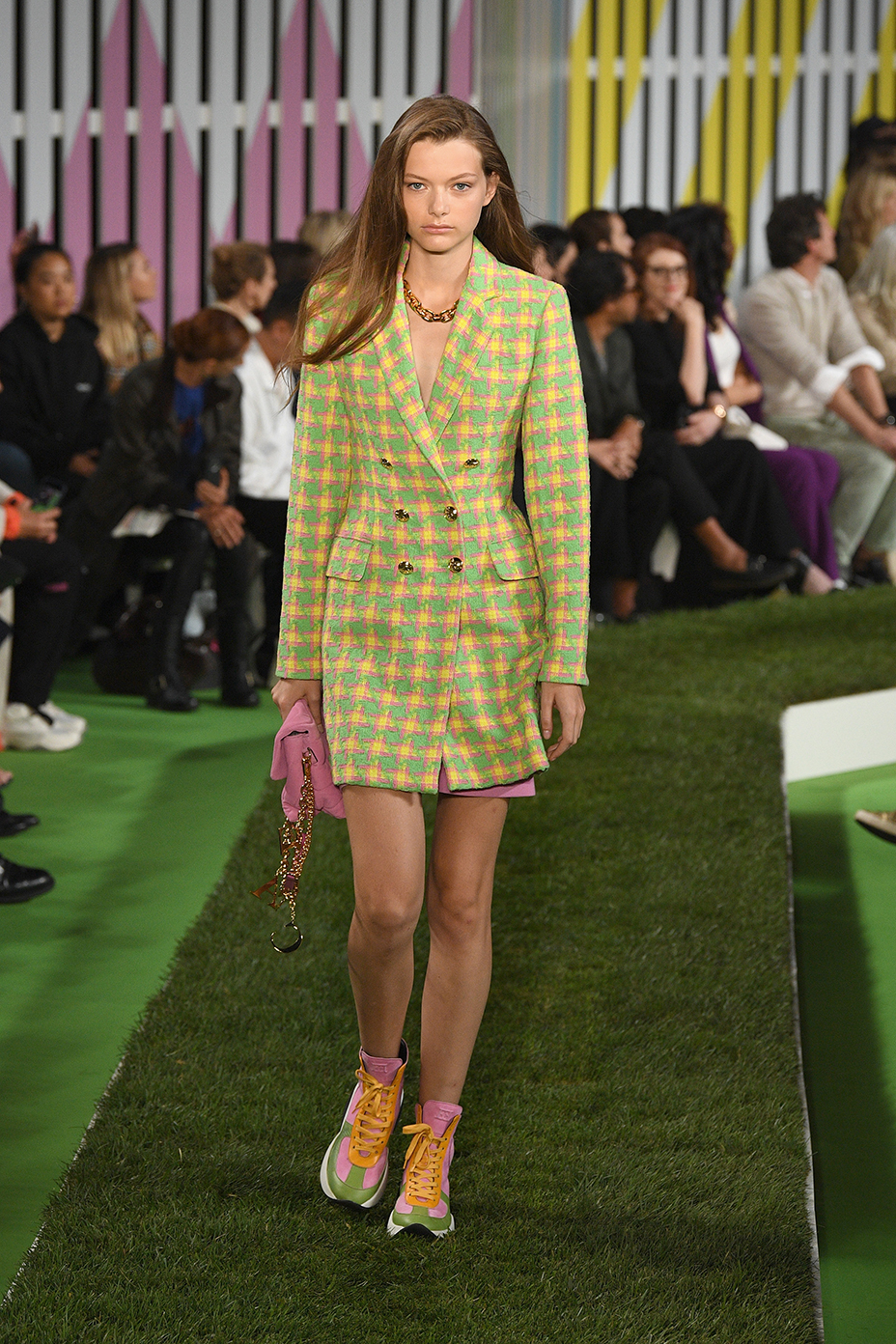