To create his most confident New York Fashion Week collection to date, Brandon Maxwell actually had to go home again.

Maxwell grew up in the east Texas town of Longview, and for his Spring 2019 collection he decided to decamp to Marfa, the buzzy west Texas hamlet known for its contemporary art scene. He documented the five weeks spent there with his team in Back to Dust, a 32-minute film released last week on his website (see it here). While we saw snippets of the clothes, Back to Dust wisely left the big reveal for his Saturday night presentation. 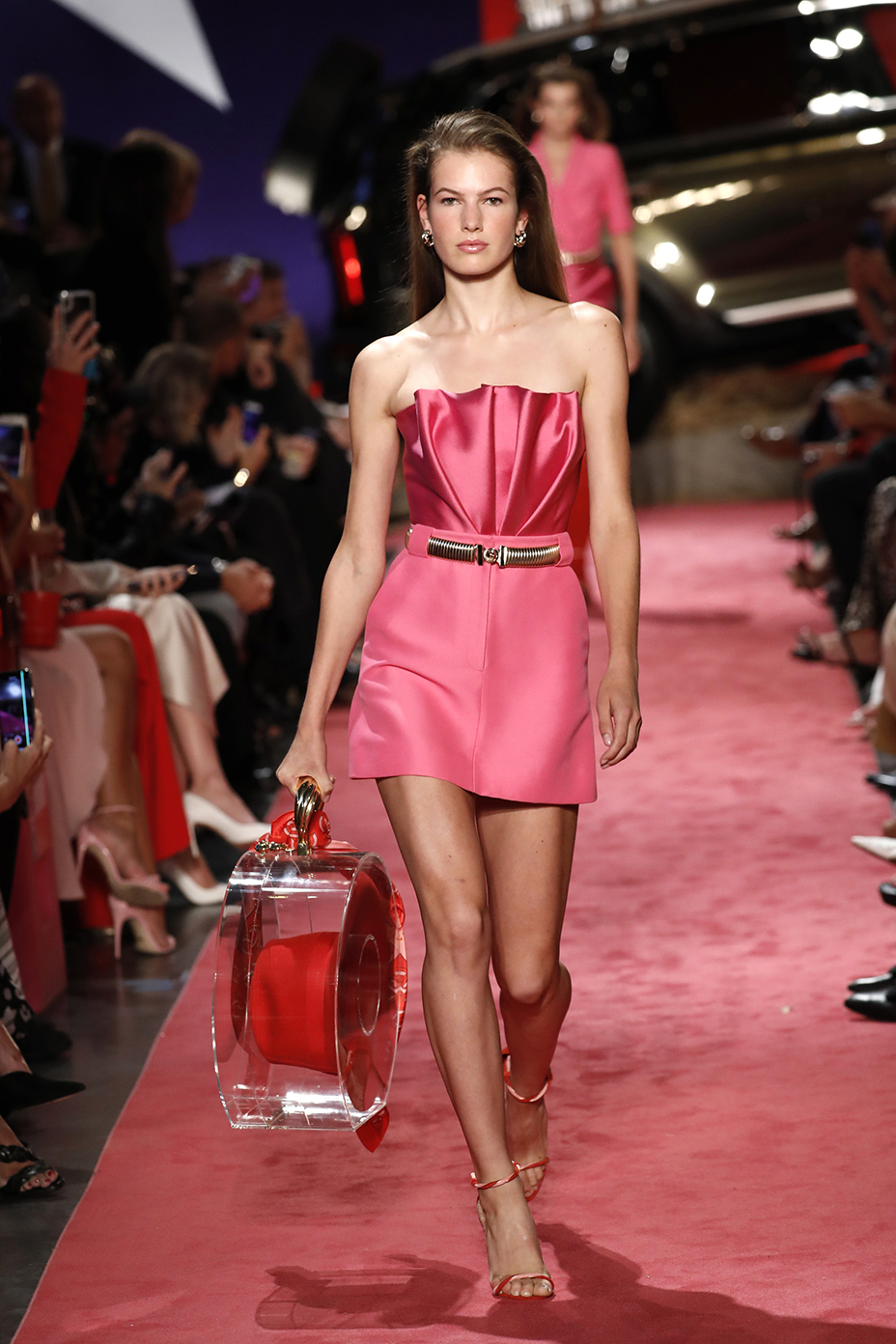 And what a show it was. Maxwell chose the Classic Car Club Manhattan at New York’s Pier 76, transforming the space into a Texas-themed party, with floral-bedecked stalls serving burgers and whiskey-laced cocktails and the beds of pickup trucks enlisted as seating. Pink Yeti coolers likewise were fashioned into the benches that ran down the center of the runway, also a nod to how Maxwell found ways to give back to Texas communities: He donated the coolers to Girl Scout troops in San Antonio, while show sponsor Kia gifted both funds and one of its Telluride SUVs to teachers in Marfa.

If some of the event’s rustic details were one thing, but these spring clothes are about Texas-sized glamour of the sort embodied by fashionable women like Lady Bird Johnson and Houston socialite Lynn Wyatt, right down to the clear perspex cowboy hat boxes, silk logo scarves and world’s tiniest handbags emblazoned with the letter “B” for Brandon. 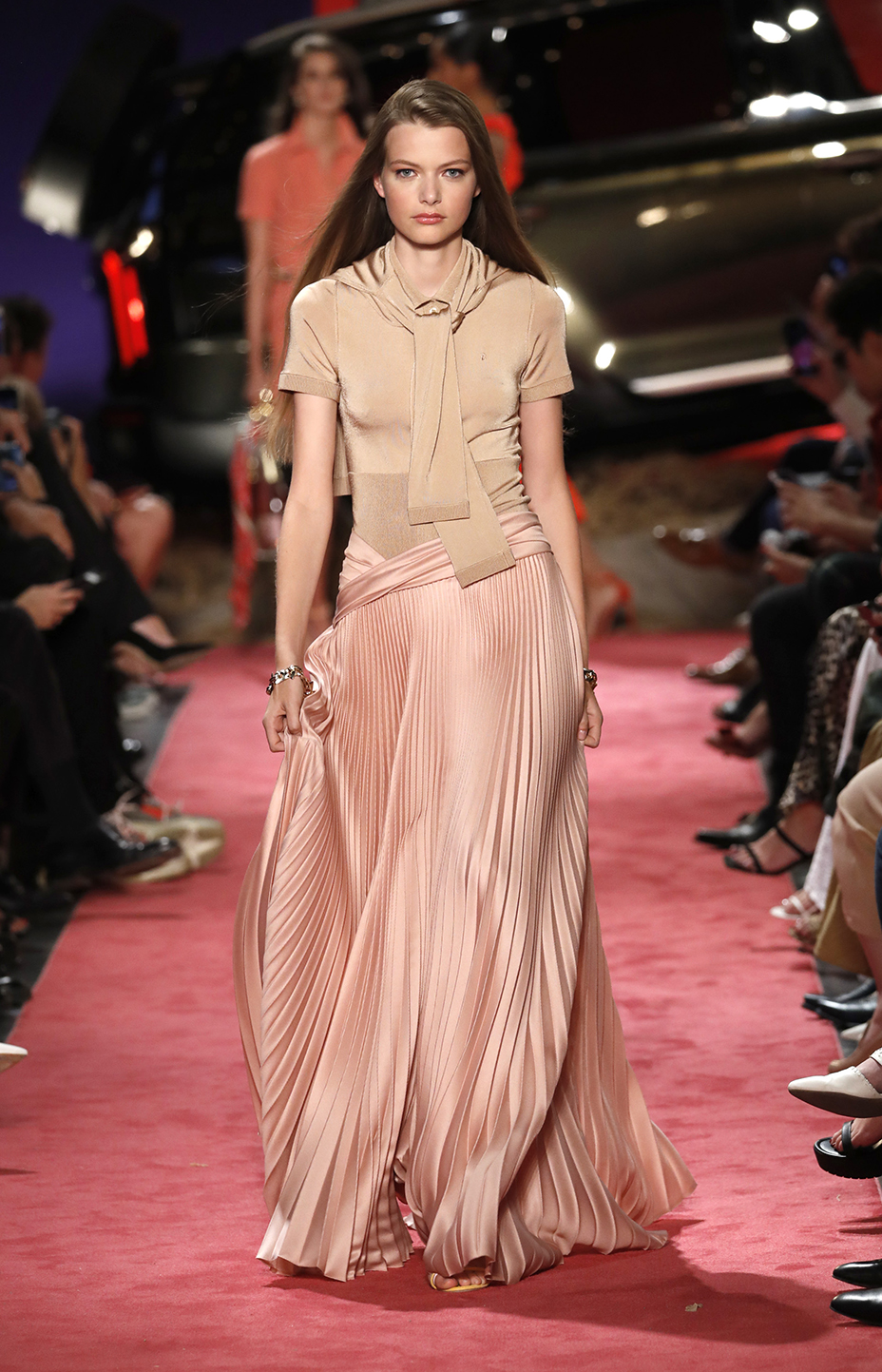 Maxwell, who rocketed to fame as Lady Gaga’s stylist, debuted his inaugural collection in September 2015, but this was the first time he thoroughly melded his Texas roots with his design aesthetic and the confidence that comes with maturing as a designer. “It was all about my home and stepping into the comfort of who I am,” he explained backstage after the show. “You grow and evolve and become more comfortable with who you are, and I hope that showed tonight. I wouldn’t have done this collection four years ago.”

These were also Maxwell’s most colorful clothes to date, from the strapless mint satin cocktail dress seen on Bella Hadid to the one-shouldered jersey gown in salmon on her sister Gigi. Punches of yellow and pink/red combinations were offset with touches of sand-hued pieces like the flowing pleated skirt paired with a sweater set, cardigan tied casually around the shoulders, or — in one of the few nods to Texas expectations — a white jumpsuit with overall-like straps that slipped seductively off the shoulders. 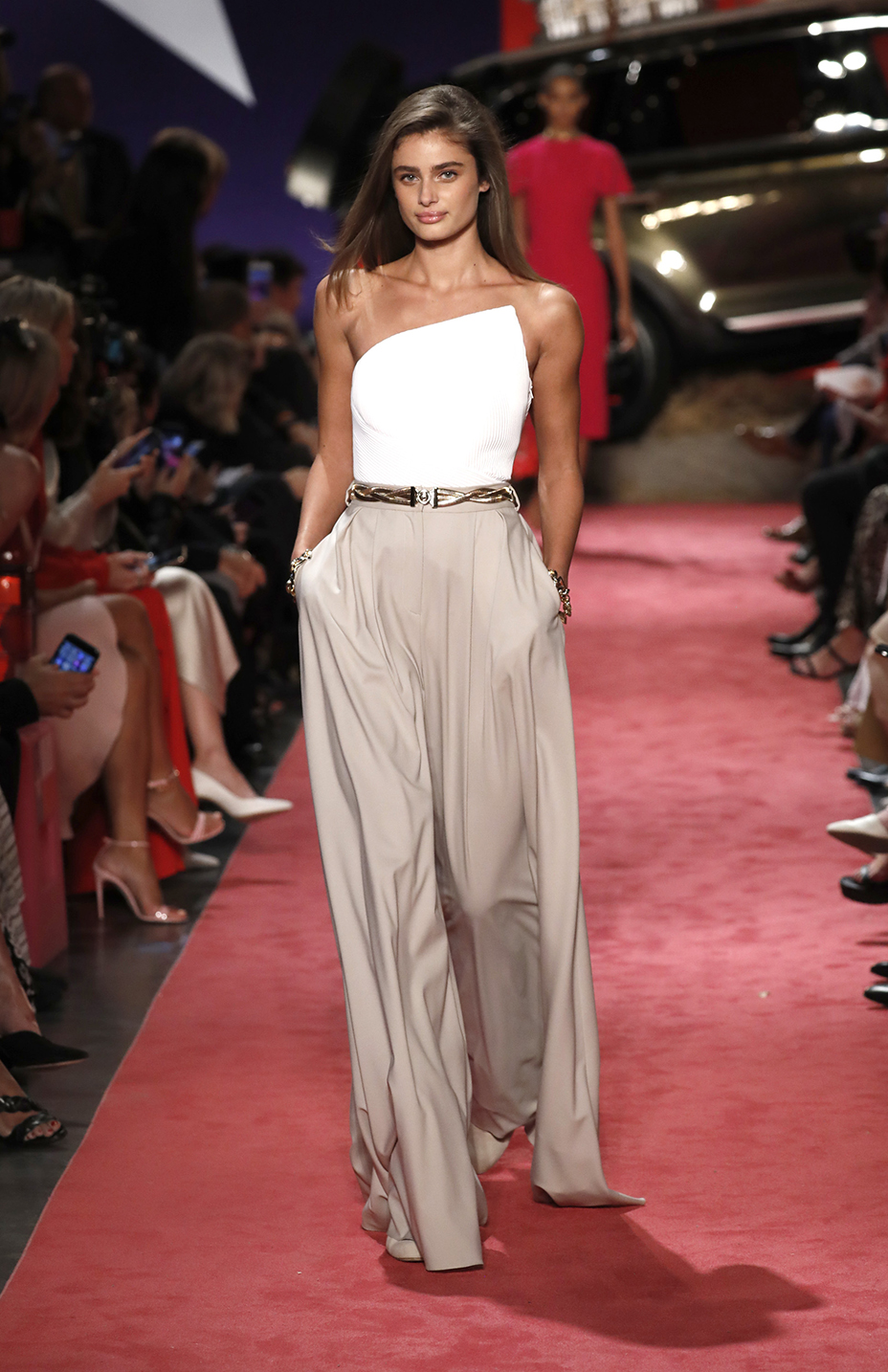 “It’s the first time I’ve ever done a collection without black, but that wasn’t a conscious decision,” Maxwell said. “When my team moved there, it was about the Texas sunset and being under the stars at night, and then colors sort of seeped in.”

Maxwell’s love of black was on display just two nights earlier, when he partnered with Bergdorf Goodman senior vice president Linda Fargo to co-host the opening of Noir, the retailer’s all-black curated pop-up shop. How did she feel about his bold hues for spring? “It was a Texas-New York extravaganza — vivacious, elegant and joyful. The whole show felt really good,” she said.

Sitting in the front row, Tiffany Haddish agreed. “I saw at least seven outfits I want to wear right now,” she said. “I loved the vibrancy of the colors, the fabrics, everything about it, but I also loved that the show seemed to have a lot of heart.” (Just a few hours later, Haddish’s name would be called at the Creative Arts Emmy Awards in Los Angeles, where she won guest actress in a comedy series for her stint as host of Saturday Night Live last November.) 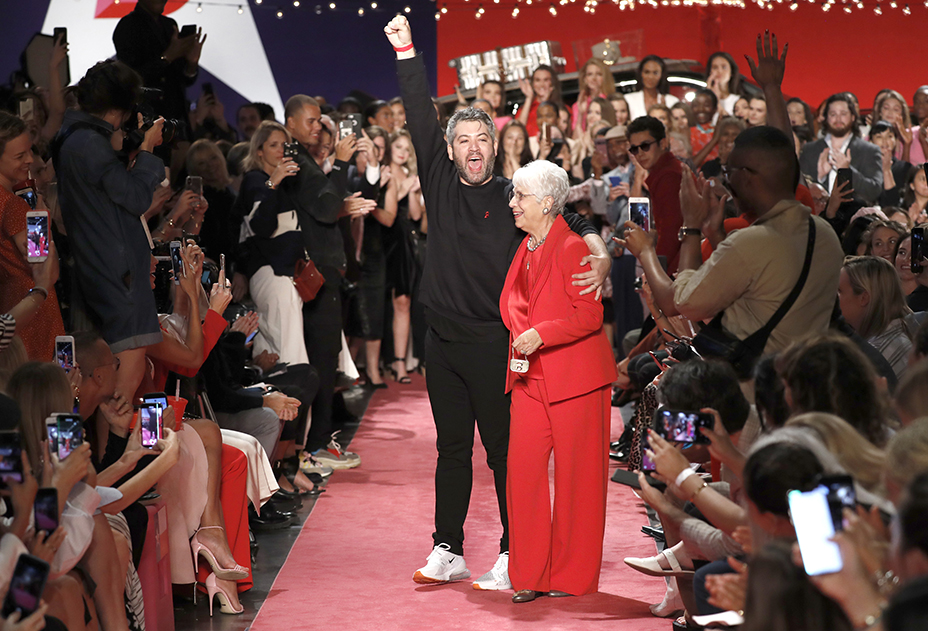 That heart also was on display when Maxwell took his finale bow; dozens of family members traveled in from Texas for his show, including his grandmother, Louise Johnson, who was resplendent in a brilliant red pantsuit design by her grandson as she accompanied him on the runway. In her unmistakable Texas accent, she summed up her thoughts after the show: “I’ve always been proud of him, since the day he was born.”