An unrelenting schedule of fashion shows requires convenient spots to take a break — here’s a roundup of the restaurants, bars and lounges where you’ll find the fashion crowd gathering day and night. 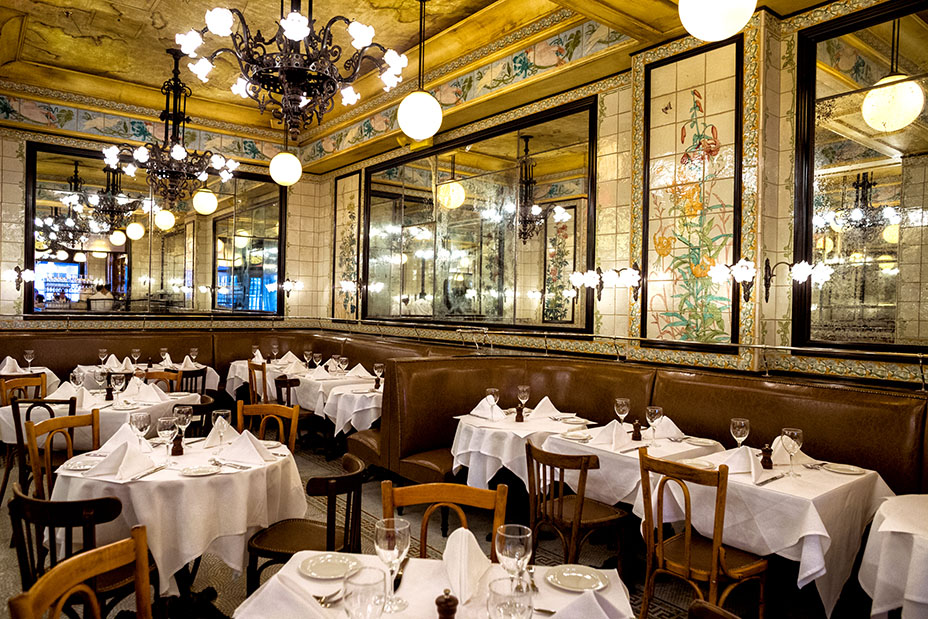 When The Beekman opened in August, A-listers instantly fell in love with its dramatic, soaring atrium and the Victorian-era details lovingly preserved in this landmark 1881 building. No matter whether you’re staying at the 287-room hotel or just visiting, you’re sure to spot someone you know at The Bar Room or Fowler & Wells, which just expanded its hours to include lunch service; both spaces are run by chef Tom Colicchio. Meanwhile, the brasserie-style Augustine opened in November and is helmed by Keith McNally of Balthazar and The Odeon fame (and the still-shuttered Pastis; Augustine definitely will remind you of that iconic eatery). No matter how much extra-curricular time you have during NYFW, put The Beekman and its eat/drink venues at the top of your list. 5 Beekman St.; (212) 233-2300; thebeekman.com

Leonardo DiCaprio’s favorite club is reopening during NYFW after a three-week closure for renovations. The Meatpacking District nightspot is bringing in a slate of DJs to christen the updated space and celebrate its 10th anniversary. Expect a crowd of beautiful people to party into the wee hours here after Alexander Wang’s 9 p.m. presentation Saturday, but consider yourself warned: Victoria Beckham will not delay her Sunday 10 a.m. show for you. 453 W. 17th St.; reservations@1oaknyc.com 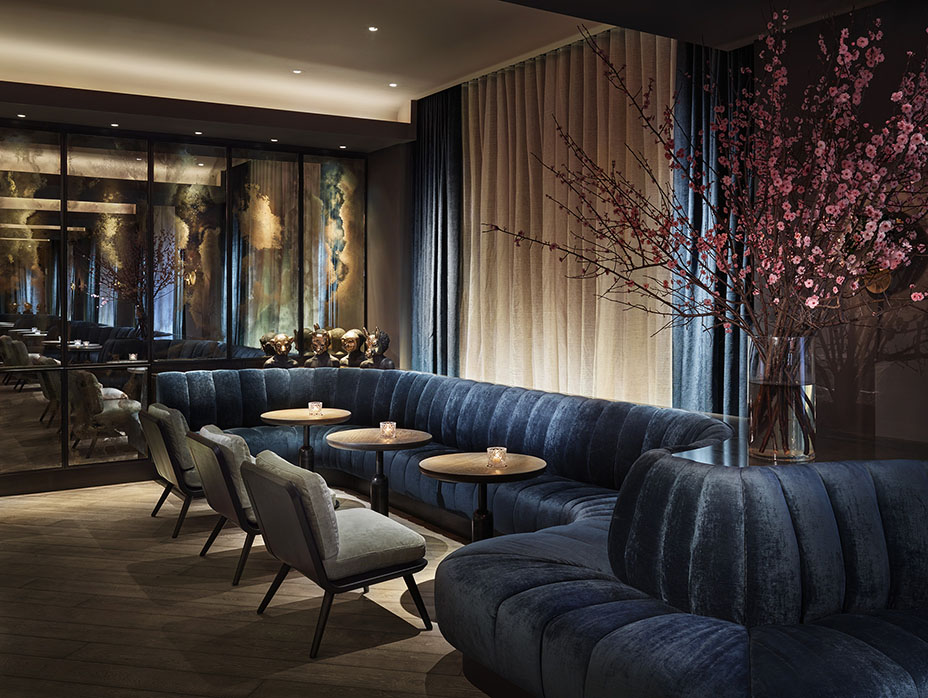 The Blond at 11 Howard

Prabal Gurung and Kate Upton celebrated their 2016 birthdays at The Blond; Upton’s party was planned by Carine Roitfeld, which further cements the fashion cred of this chic, intimate space inside Aby Rosen’s SoHo hotel 11 Howard. Christian Siriano will host the party following his Saturday-evening show here. The vibe is cocktails and light bites, while the intentionally dim lighting scheme and touches of gold on the walls ensure everyone looks good. 11 Howard St.; (212) 235-1111; 11howard.com

This is the spot to duck into if you only have an hour between shows at Skylight Clarkson Square. Just a couple of blocks from Fashion Week’s most popular venue this season, Lelabar is a great space for charcuterie and other shared plates (the cheeses are curated by Murray’s Cheese Shop) and a glass of wine (they’ll pour from any of the 350 bottles on their menu if you order two glasses). Included on Travel + Leisure’s list of America’s Best Wine Bars, Lelabar also scores points for its intimate vibe; you can enjoy a conversation here, always a bonus no matter how much time you have between shows. 422 Hudson St., (212) 206-0594; lelabar.com 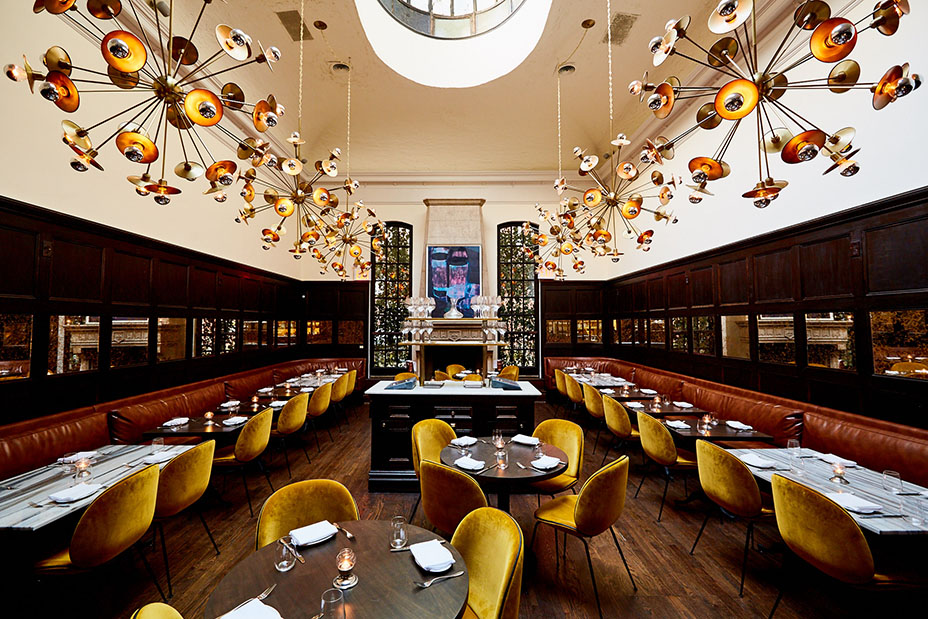 Housed in a 19th-century Greek Revival townhouse in Greenwich Village, Casa Apicii defines intimate: just 60 seats in the main dining room and 20 seats at the bar. Chef-owner Casey Lane (known for L.A.’s The Tasting Kitchen) opened Casa Apicii in July, and not unlike its West Coast sister restaurant, it’s quickly gained a following for seasonal Italian favorites. Above the restaurant, Bar Fontana is a great spot for drinks before or after dinner. If you need a further recommendation, consider: W hosted its Fashion Week dinner here Wednesday evening.  62 W. 9th St.; (212) 353-8400; casaapicii.com

Flora Bar at the Met Breuer

If you find yourself on the Upper East Side, don’t miss Flora Bar, which opened in October on the lower level of the Met Breuer Museum at Madison and 75th Street (you know the stark, modern Met Breuer as the former Whitney before that museum moved downtown). The menu by Ignacio Mattos is seafood-driven and focused on small plates ideal for sharing; the lobster-and-crab dumplings in yuzu broth quickly have become a favorite. On Feb. 7, Flora Bar expanded its hours to include lunch service; if you have time to kill, meet there and then head upstairs for the Met Breuer’s current exhibit, “Marisa Merz: The Sky is a Great Space,” the first U.S. retrospective of the 90-year-old Italian artist. 945 Madison Ave.; (646) 558-5383; florabarnyc.com

Two years have passed since Ralph Lauren opened The Polo Bar at his Fifth Avenue flagship in January 2015, yet the demand for a table shows no signs of slowing. The classic American menu, posh equestrian-themed decor and waiters in white jackets vie for attention with the celebs (Jerry Seinfeld and Anne Hathaway have been spotted at The Polo Bar, while Barbra Streisand celebrated her birthday here, which is all the fashion crowd needs to know). The good news: A reservation isn’t quite as impossible as it used to be. A recent phone call netted an available table the next day, though admittedly the only choices offered were 5 or 10:30 p.m. Then again, those are optimum times when worked into a fashion show schedule. Order a Vesper Martini and enjoy the people-watching.  1 E. 55th St., (212) 207-8562; ralphlauren.com

In October Chumley’s reopened to great fanfare, because New Yorkers love nothing if not two things: historic value and a literary theme. The original Chumley’s was a well-known speakeasy that opened in 1922 and attracted glitterati like F. Scott and Zelda Fitzgerald, John Steinbeck and William Faulkner. A decade ago the roof quite literally fell in, and it’s taken that long to bring the place back up to code; owner Jim Miller and restaurateur Alessandro Borgognone have partnered to create a cozy space decorated with portraits of writers and vintage book jackets, while the menu offers a modern twist on comfort foods (GQ’s John Lockett wrote in November that the burger at Chumley’s might be the best in New York). Unlike the Prohibition era, no password is required for entry, but you might consider a reservation — Chumley’s is often packed as it enjoys its second heyday. 86 Bedford St.; (212) 675-2081; chumleysnewyork.com 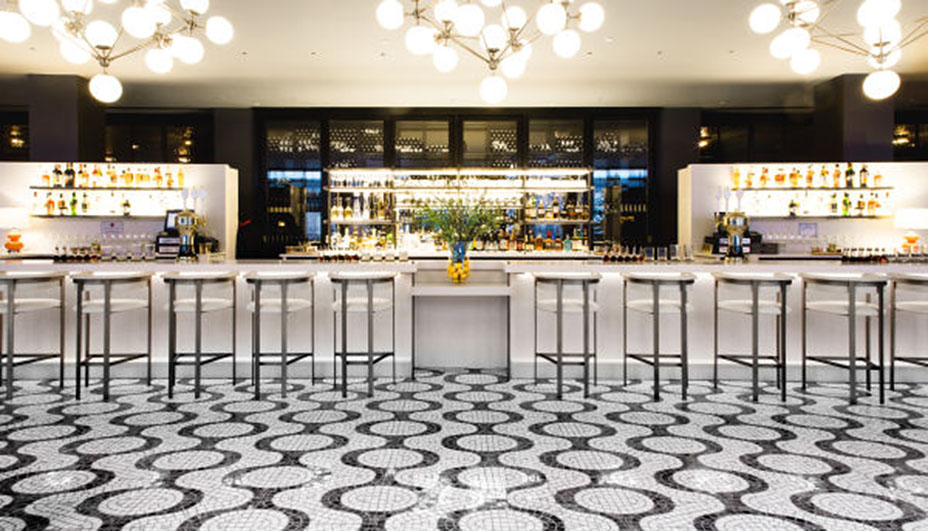 La Sirena at the Maritime

Fashion Week exhaustion often requires one prescription: Italian comfort food. That’s La Sirena, the latest Mario Batali/Joe Bastianich partnership, which debuted in 2016 at the Maritime Hotel. Choose from a menu of small plates — Blood Orange Salad, Paella Croquetas or Razor Clams, among others — at the Tapas Bar or opt for the Main Dining Room, where the menu is a wide-ranging Italy showcase. Can’t decide between two pastas? Ask your server if you can do a half-portion of each. Also, grab a drink at the massive, 38-foot bar before or after your lunch or dinner; you’re sure to run into a PR person entertaining an editor. If you enjoy the experience, come back during New York Fashion Week in September: La Sirena’s outdoor terrace will be bustling, as it’s truly idyllic on an early-fall evening. 88 Ninth Ave.; (212) 977-6096; lasirena-nyc.com

The latest by former ABC Kitchen executive chef Dan Kluger, Loring Place opened in December as his personal tribute to all he loves about New York. The name is taken from the street his father grew up on in the Bronx, while the menu is rooted in a farm-to-table sensibility, with many ingredients sourced from the Hudson Valley and surrounding areas. If you’re in the mood for roasted beets or brussels sprouts, butternut-squash fries or halibut with braised mushrooms, you’ll enjoy it here on tables made from the beams found in this 1848 building. Designer Todd Snyder is a fan and created the grey chambray chef’s aprons worn in the kitchen (they’re also available for purchase). 21 W. 8th St.; (212) 388-1831;   loringplacenyc.com