There was no moment of silence or voice-over tribute, but the new creative director of Kate Spade gave the late designer something even more poignant during her first runway collection for the house presented on Friday at New York Fashion Week: Respect.

Spade’s suicide in June cast a pall over the sunny brand still bearing her name, even though she had not been a part of the business since 2007. The news came just six months after British designer Nicola Glass, formerly svp of accessories at Michael Kors, took over as creative director from Deborah Lloyd, who had imbued the Tapestry-owned brand with a saccharine girlishness that turned off some customers who weren’t looking to be cutesy with every phone cover and key fob. 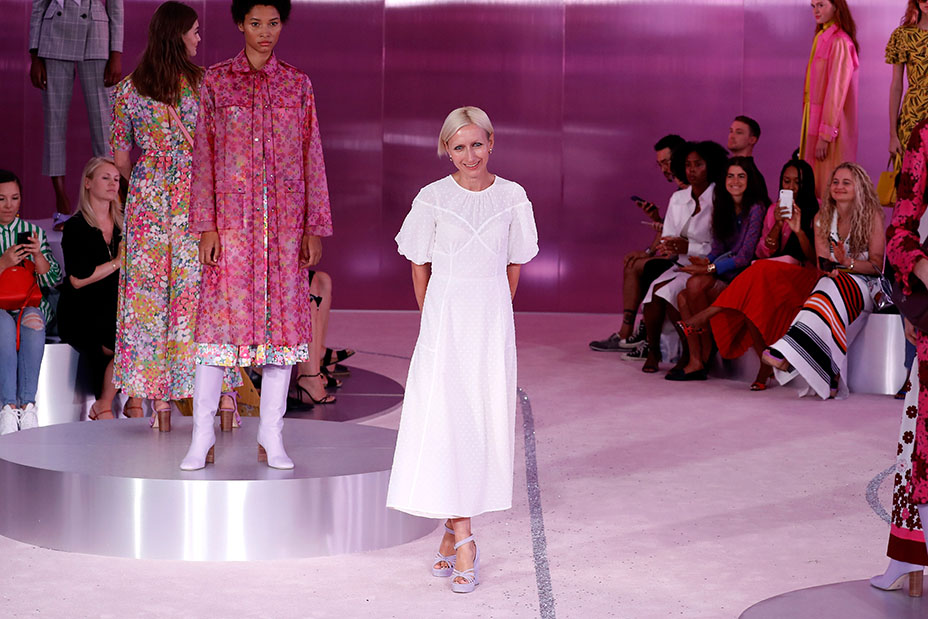 It turns out, even before Spade’s tragic death, Glass’ vision for the brand was to go back to the beginning. And what she showed on Friday was less girlie girl, more working woman. Full of bright color and bold prints with an edge, the clothes were just the thing you’d expect to see on a brash and brainy upstart, come to the big city to make it in a creative industry, someone like Kansas City transplant Kate Spade, perhaps.

Kate Spade Inspired a Generation of Females — and Female Designers

“Everything I do with the team is a legacy to Kate and her spirit,” Glass said backstage after the show, which was attended by Priyanka Chopra and Kate Bosworth. 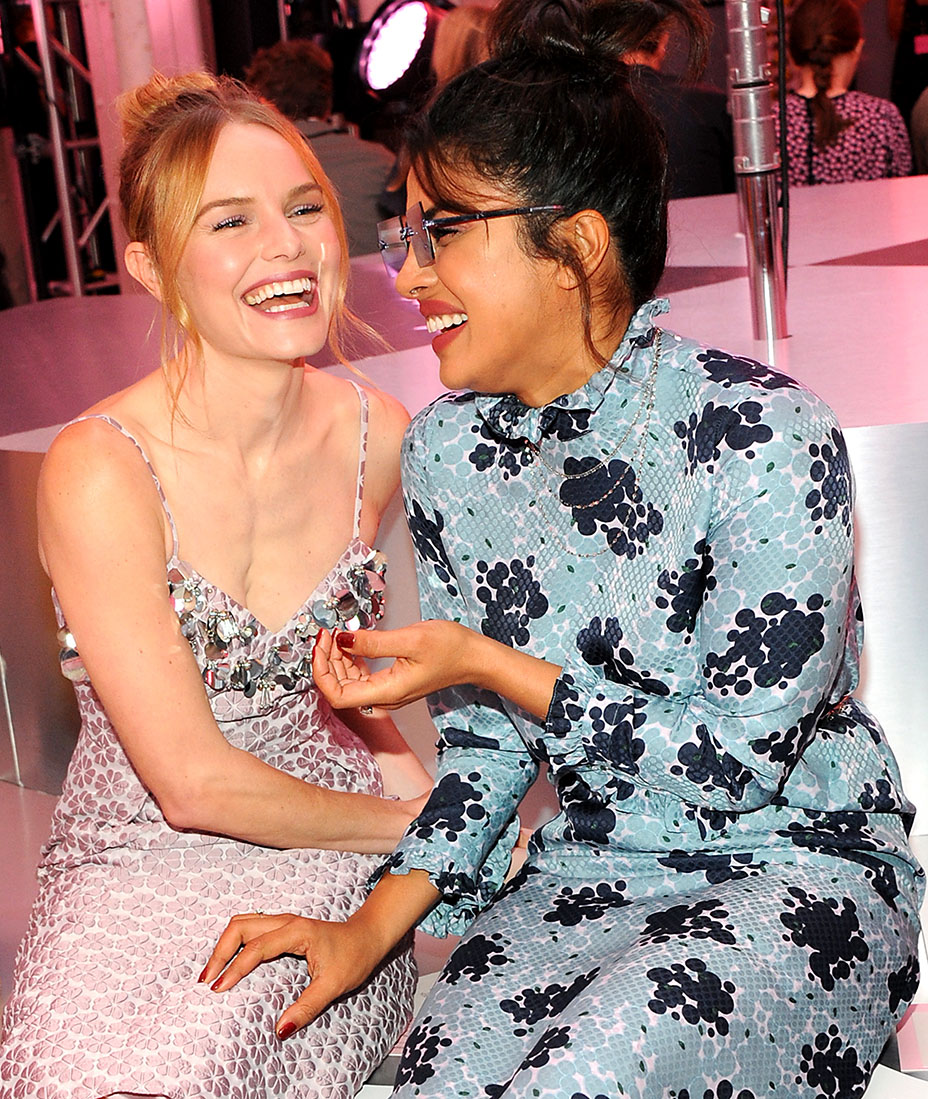 Glass went back to the brand’s spiritual roots in1993, when Spade started a line of unfussy nylon handbags that became the aspirational It bags for working women. As an entrepreneur, she inspired a generation of females, and helped create a category of attainable luxury that cut a path for many other women designers. 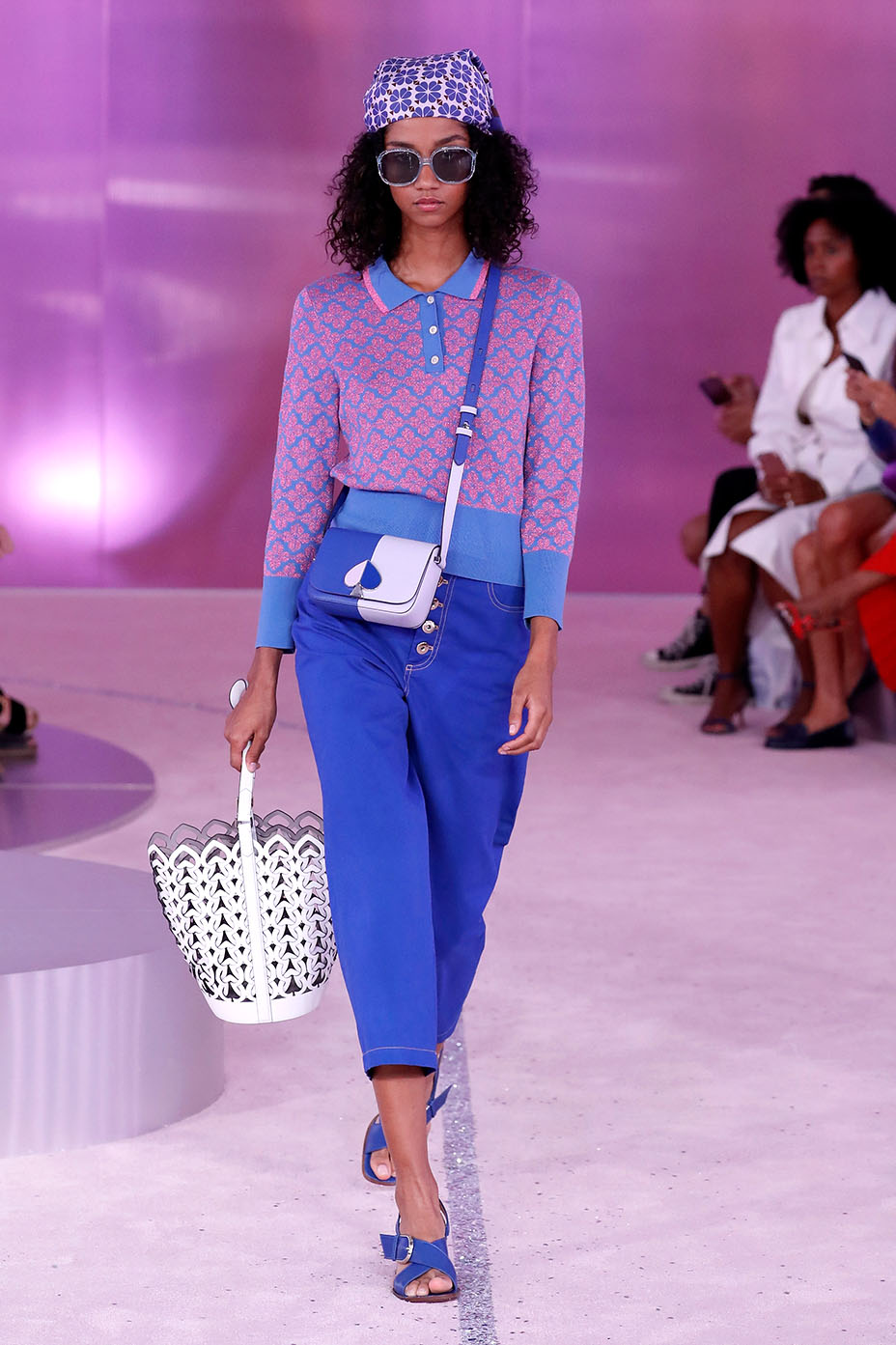 “I watched far from the sidelines in the U.K.,” said Glass. “I was studying jewelry design at the time, but I really wanted to start making handbags, and I remember cutting out newspaper articles about Kate starting this brand. She was a trailblazer and a great example to women.”

Likewise, Glass designed the spring 2019 collection with the can-do woman in mind, and the high-waist, button-front pants, geometric-patterned knit polos, funky floral dresses, retro headscarves and oversized sunglasses had an elevated, audacious style. There was still whimsy—a matchstick print dress, and a zippy pink floral print mackintosh raincoat were standouts—but it didn’t hit you in the face.

“Even with the styling and casting, individuality was important,” Glass explained. Glossy boots and sandals came in chartreuse, lavender and other peppy shades, while woven leather bucket bags in white or yellow were made for Instagram shots. 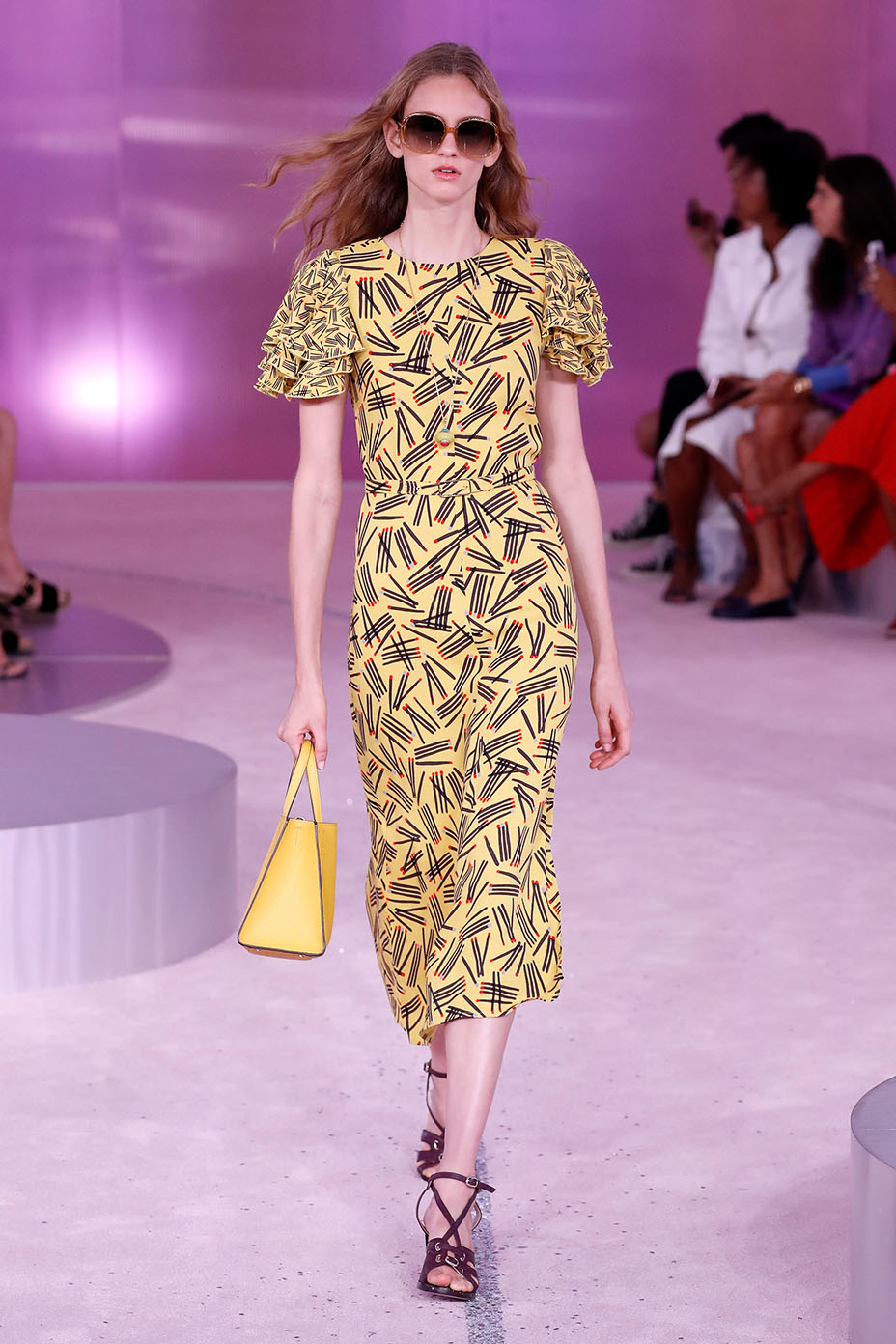 “The brand has always been known for color, but I wanted to translate it in unexpected ways, mixing high and low hues, hot pink with dark green, “ Glass explained. “Prints are also something the brand was known for, but I wanted them to look unexpected. The last look, when you look up close you can see a lip in the middle of the flower. Florals are hand-drawn like with a felt-tip, taking on different textures or saturations.”

It was a thoughtful new beginning.