When it comes to red-carpet fashion, stylist Law Roach is an unstoppable force, dressing everyone from Zendaya to Celine Dion. But runways were unchartered territory for the self-described “image architect” until Tuesday, when Roach was tapped by Chinese company Bosideng, best known for its down-filled outerwear, to style its New York Fashion Week presentation at Spring Studios.

No detail was left untouched by the stylist and America’s Next Top Model judge, who collaborated with the Bosideng team to send 42 looks down the runway, with Alessandra Ambrosio opening the show.  “Each piece is really cool on its own, but we did a lot of layering, because it gives the customer seeing the show the chance to dissect it, and see what they love,” says Roach of the collection featuring puffers in exaggerated silhouettes, rendered in bold hues and clashing prints. Roach’s vision spilled into the front row, too, where client Anne Hathaway donned a velour tracksuit from the collection, paired with a cashmere turtleneck and a printed down-and-tweed mashup coat.

“I loved everything about the experience and the brand was so easy to work with, and open to my suggestions,” says Roach, who didn’t always need an interpreter to communicate with the Bosideng team as they spent a week working together to bring the show to life. “The language of fashion is so powerful, I got what [the designer] was looking for in the first day. Our ideas are exactly the same.”

Lessons learned by the NYFW freshman? Just because you confirm a model to walk in your show, it doesn’t mean they won’t be stolen away, he says. “I was heartbroken!” jokes Roach. “I didn’t know that would happen.” Another realization, however, came as less of a surprise: “It’s a lot of work, like everything else in this business.” 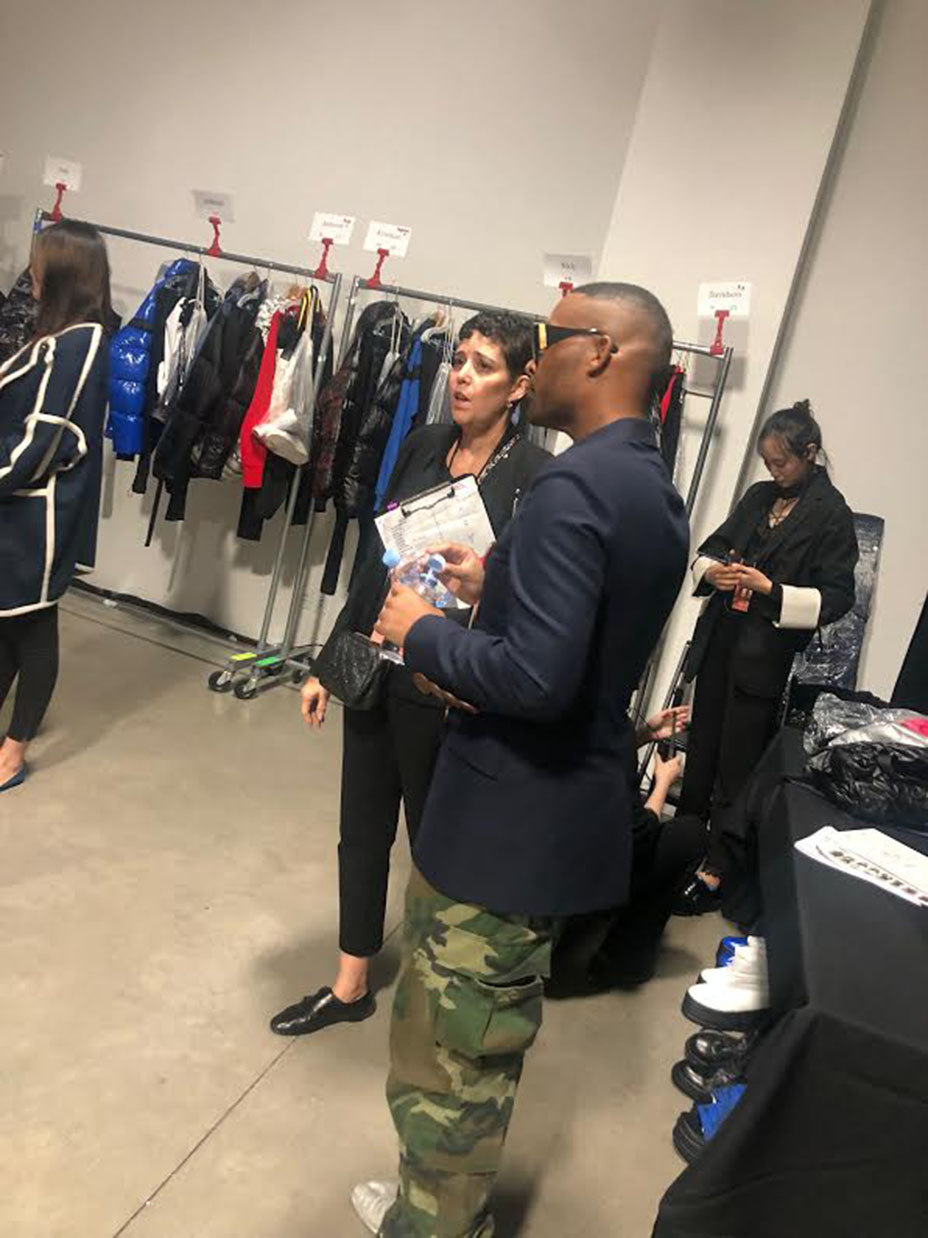 “So many things to do, so little time.” 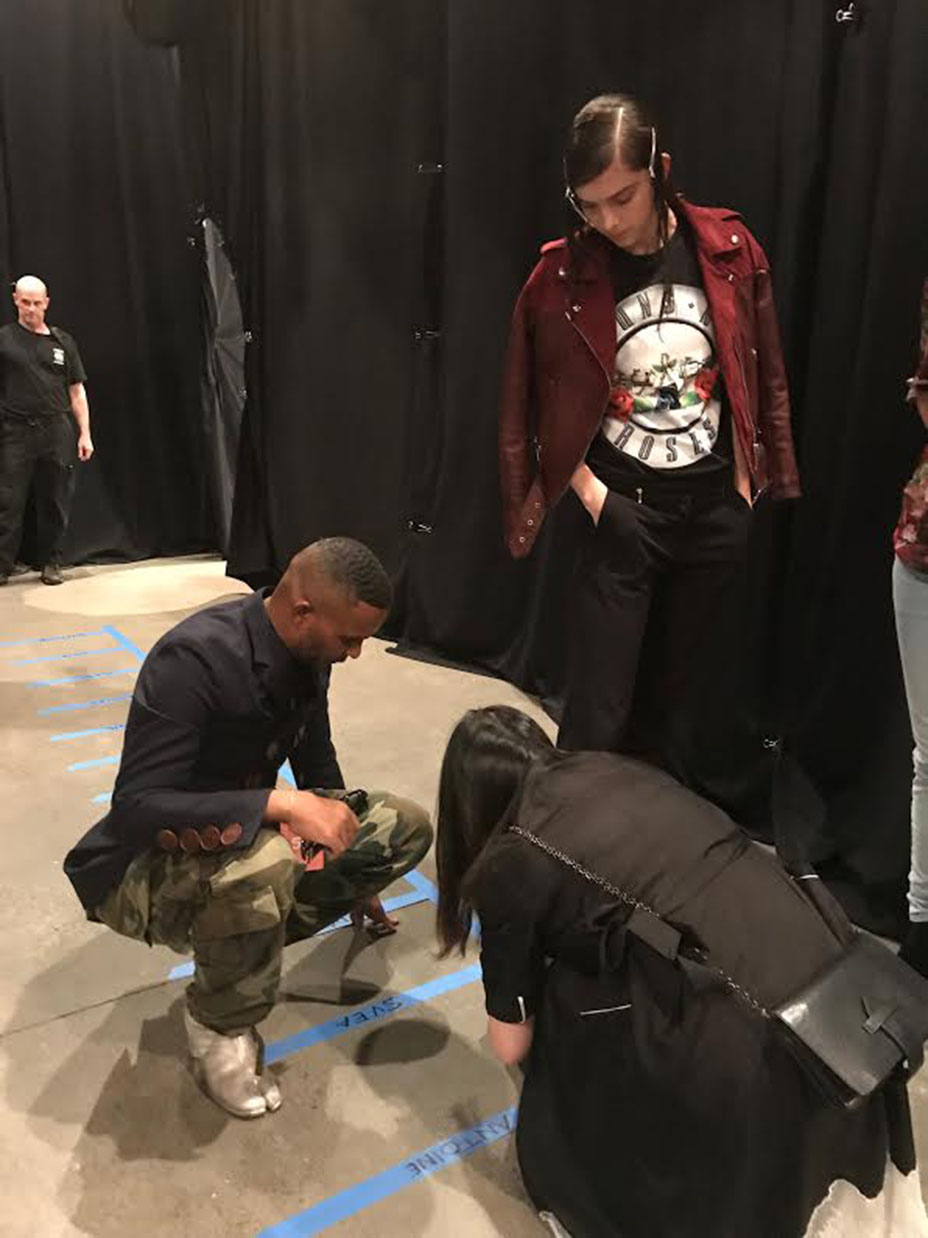 “It’s all about the details.” 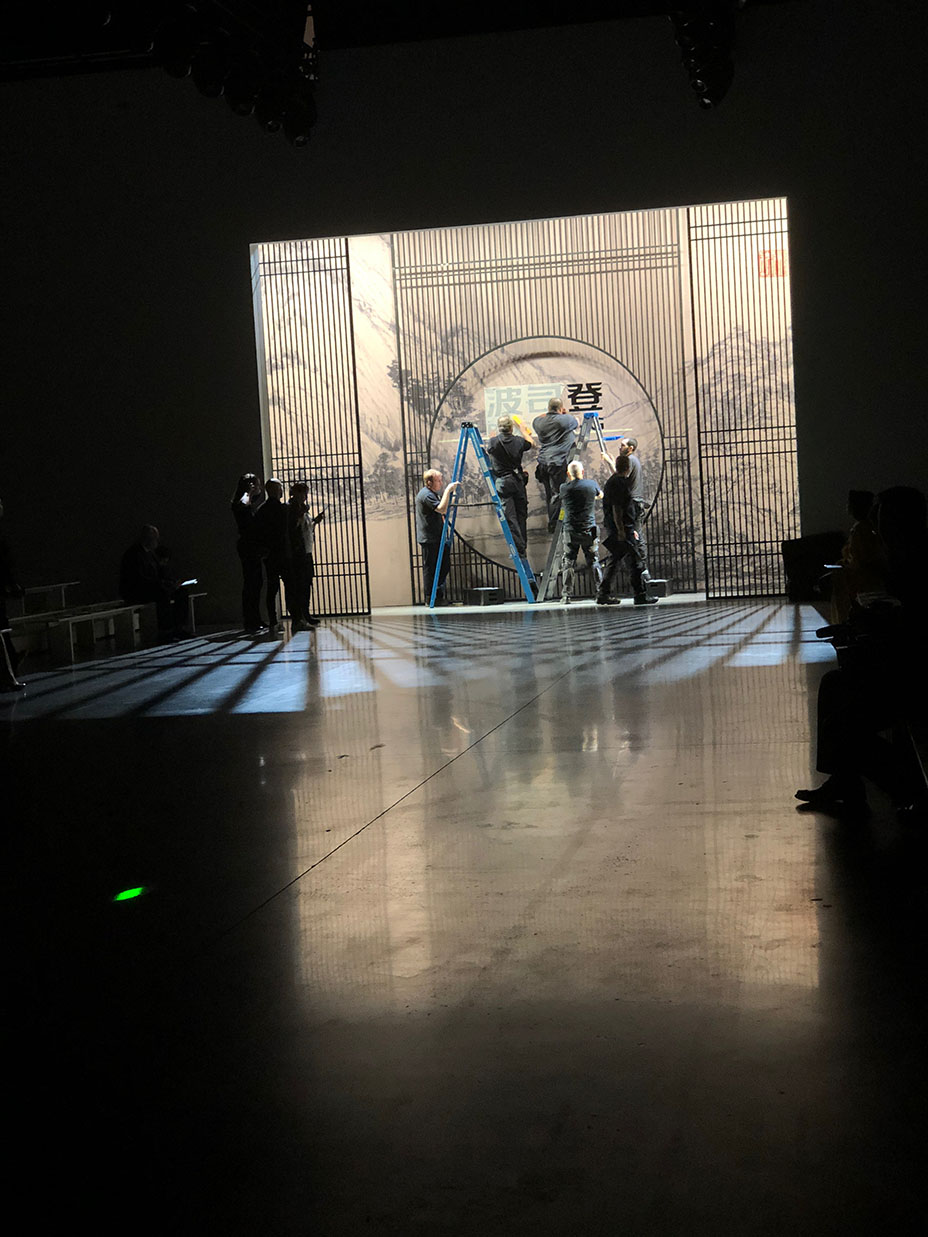 “The letters are going up…you know what that means.” 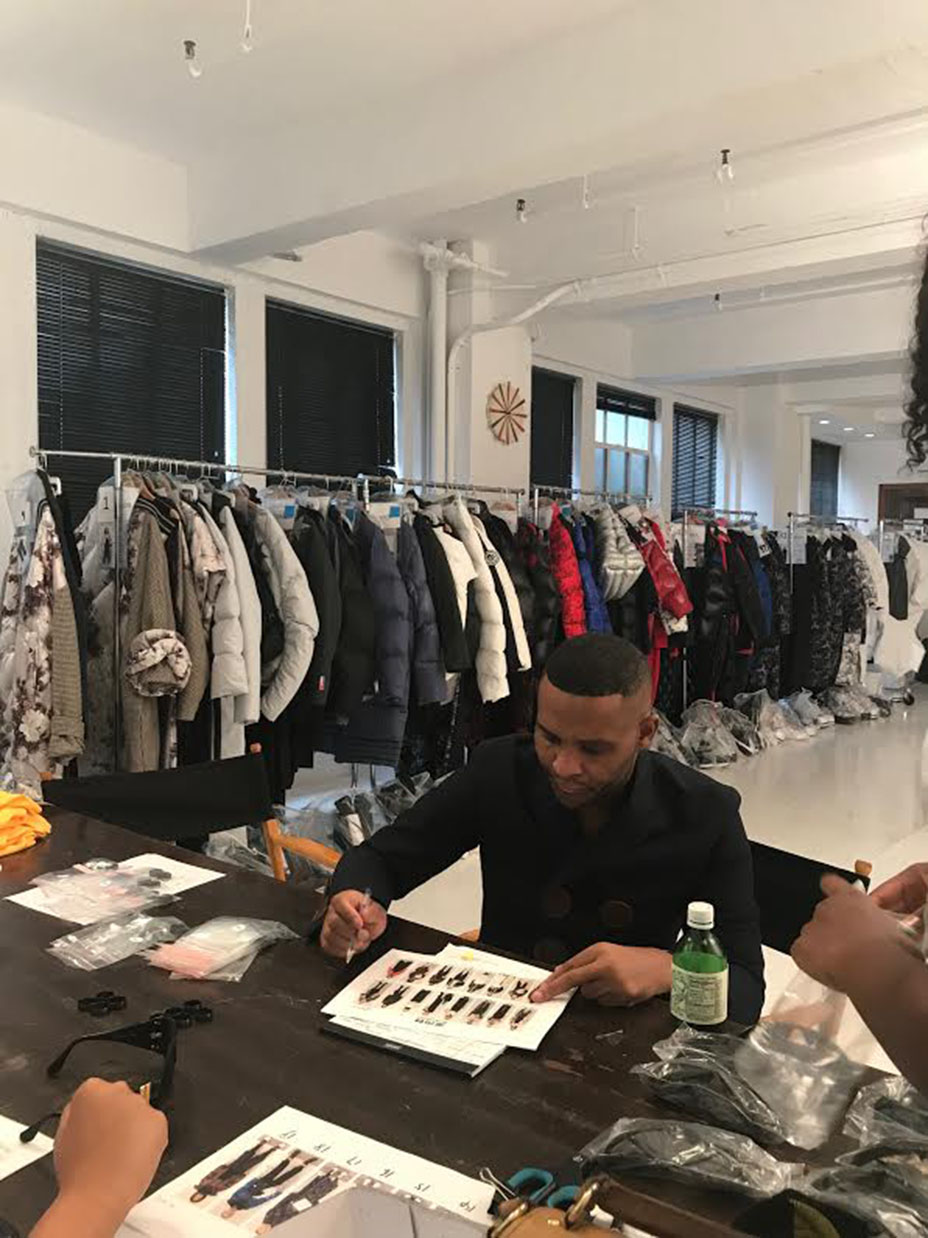 “Casting until the last minute.” 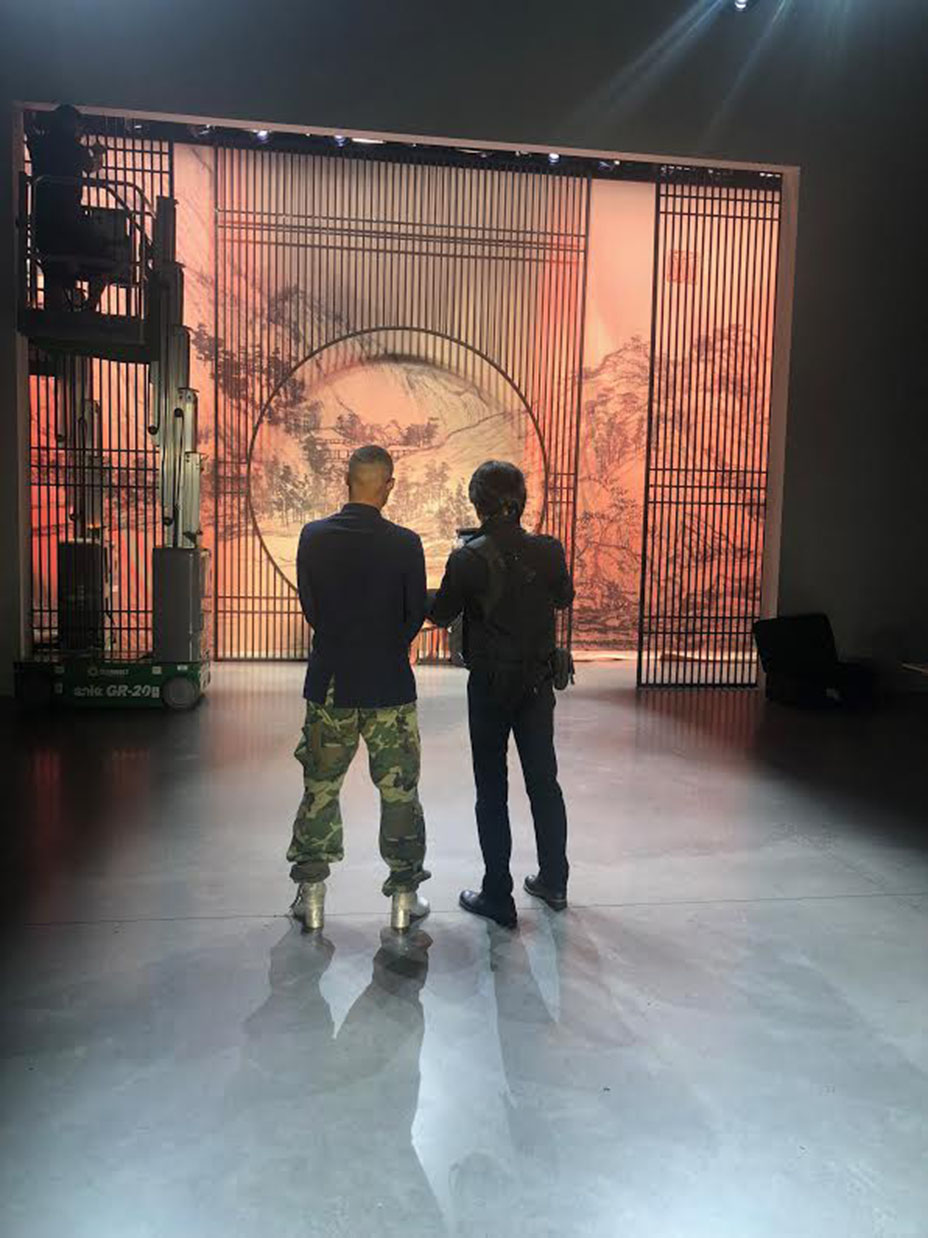 “Last-minute lighting check. Everything has to be perfect for the show!” 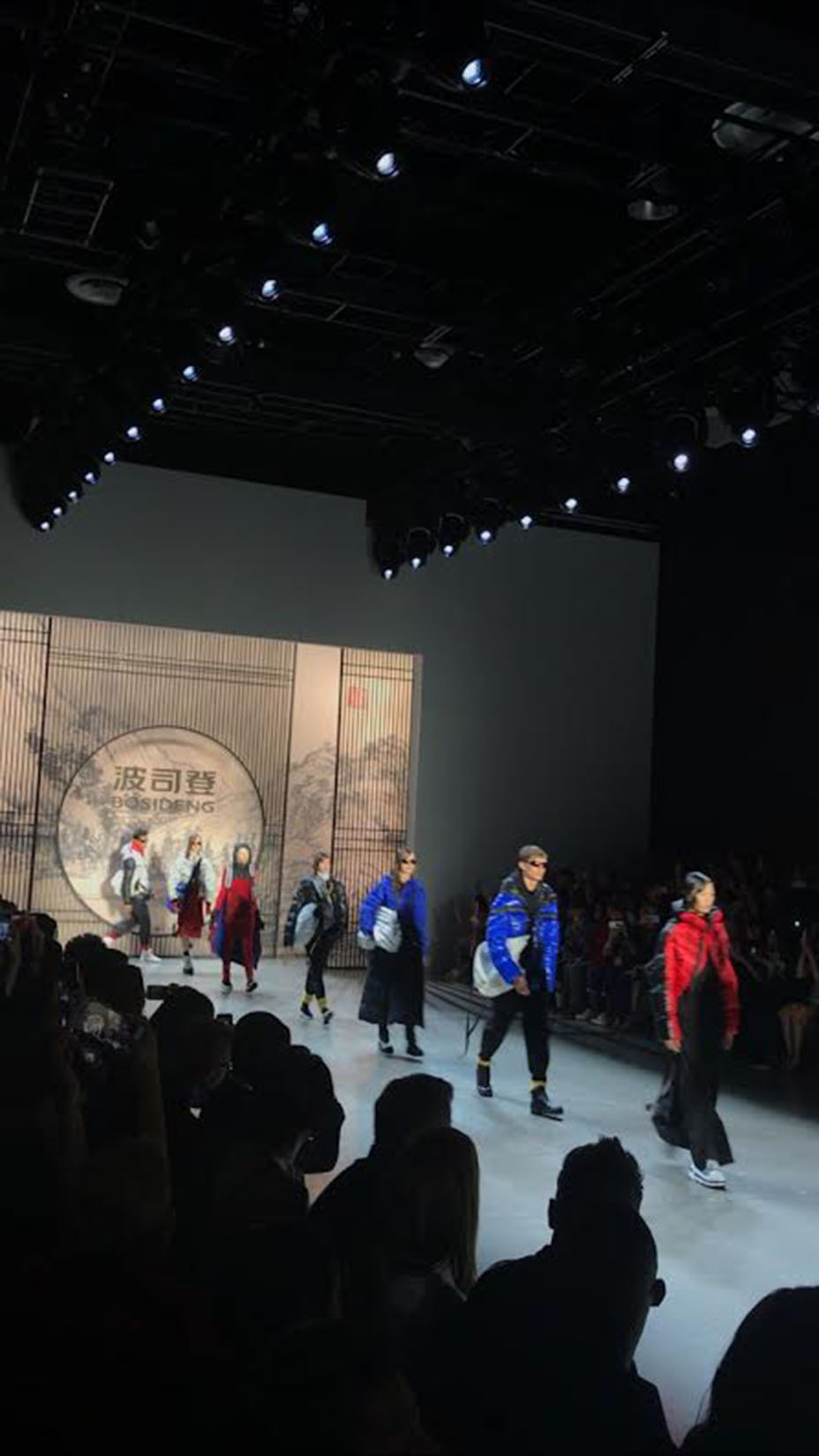 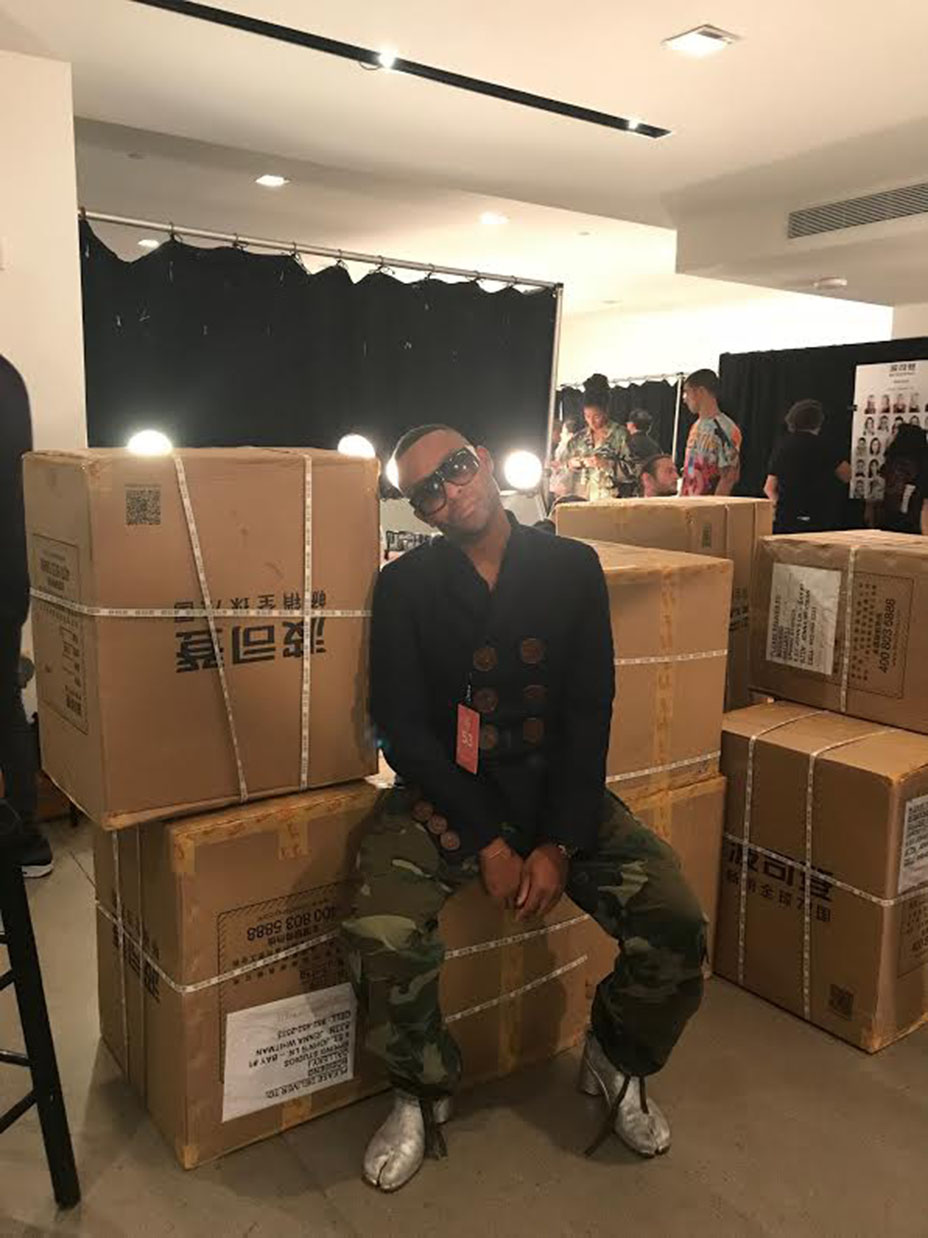 “Such a successful night with Bosideng. Now it’s time for bed!”