Marc Jacobs is a clever one, all right. The designer is responsible for creating some of the most memorable runway spectacles of all time, with sets to rival those of a Hollywood blockbuster. Remember the four-escalator site-specific art installation by Dan Burden or the carousel and the train station he created for his Louis Vuitton runway shows? How about the Burning Man-inspired wasteland, the fluffy-cloud-filled oasis or Diana Vreeland’s living room, all of which he created for his own namesake brand’s shows?

On Thursday, he closed out New York Fashion Week by rebelling against the monster he created: He took the showmanship out of the show. That’s right, for once, he did not want to entertain us.

At least that’s what it seemed.

As guests lined up outside the Park Avenue Armory, organizers requested there be no camera phones used inside, “so you can enjoy the show.” Once indoors, it was clear there was no set and no music either, just two lines of folding chairs putting everyone in a front row spanning the entire length of the armory, from Lexington to Park avenues.

Editors chatted about whether or not to follow the no-photography instructions. In the end, most did, but some didn’t, snapping away. I decided to pry my phone from my hand and comply with Jacobs’ wishes. His show, his rules. I wanted to be able to see it as he intended.

The show notes explained his inspiration (a rare occurrence for the designer). It was streetwear, as featured in the 2016 documentary Hip-Hop Evolution, the four-part series on the evolution of rap directed by Darby Wheeler. The film “chronicles the poignant and pivotal movement that redefined the landscape of music, which gave way to a whole new language of style,” read the show notes.

Inside @marcjacobs #NYFW show notes, he says “Respect.” Putting down my phone now to play by his rules and experience the show like he wants pic.twitter.com/BqwSolwdYd

As a born-and-bred New Yorker, that music has influenced Jacobs since high school, he wrote, and it informed his fall 2017 collection of dressed-up sportswear, from the pumped-up hats of Andre 3000 to the heavy gold chains featuring gilded mice pendants in collaboration with artist Urs Fischer. 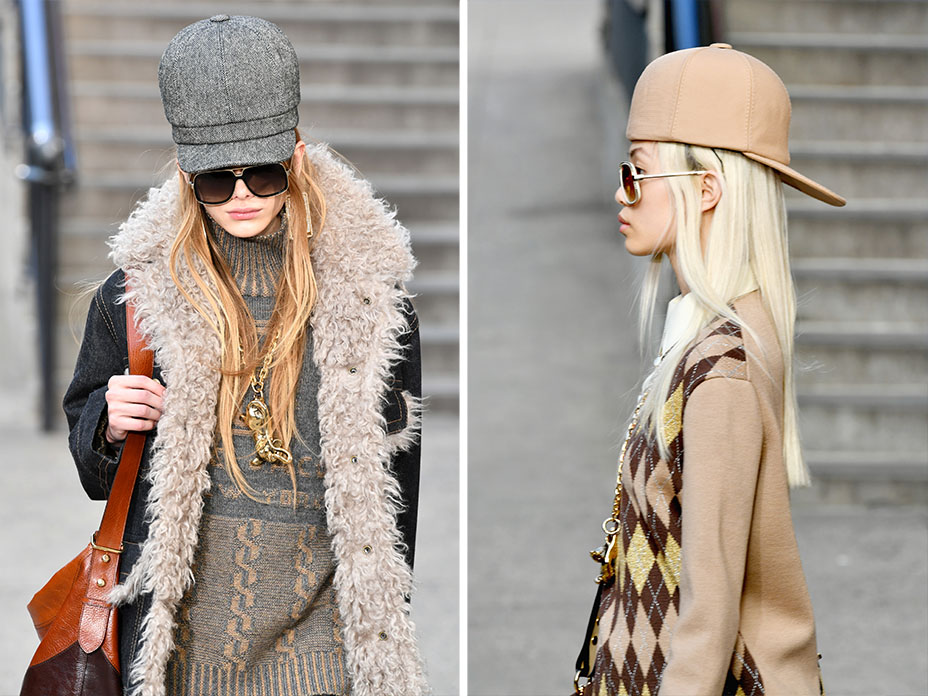 But there was no music during the show. As the models walked, all you could hear was the swish of flared corduroy pants and the clip-clop of platform loafers on the wooden floors.

The clothes themselves were a mashup of vintage-inspired shaggy furs, patchwork coats, cable knits, track pants and gilded minidresses. And, as Jacobs requested, you couldn’t help but pay attention to them.

By the 15th or 16th look, I found myself getting a little antsy not being able to take pictures. But what was I going to do with those pictures anyway: Click, share, forget? I put pencil to paper instead, like we did in the old days, but my mind wandered to thinking about the closest train station.

By the show’s end, I didn’t mind the phone thing, but I wished I had been able to see the clothes with the music that inspired them, to listen to Grandmaster Flash and Andre as I saw their spirit play out in the collection. Jacobs took his bow, then led guests out the opposite side from where we had entered.

But he wasn’t done yet. Outside on the sidewalk, there was music blaring from large speakers set up on Park Avenue, and the models were all there sitting casually on the sidewalk. Never underestimate a showman. 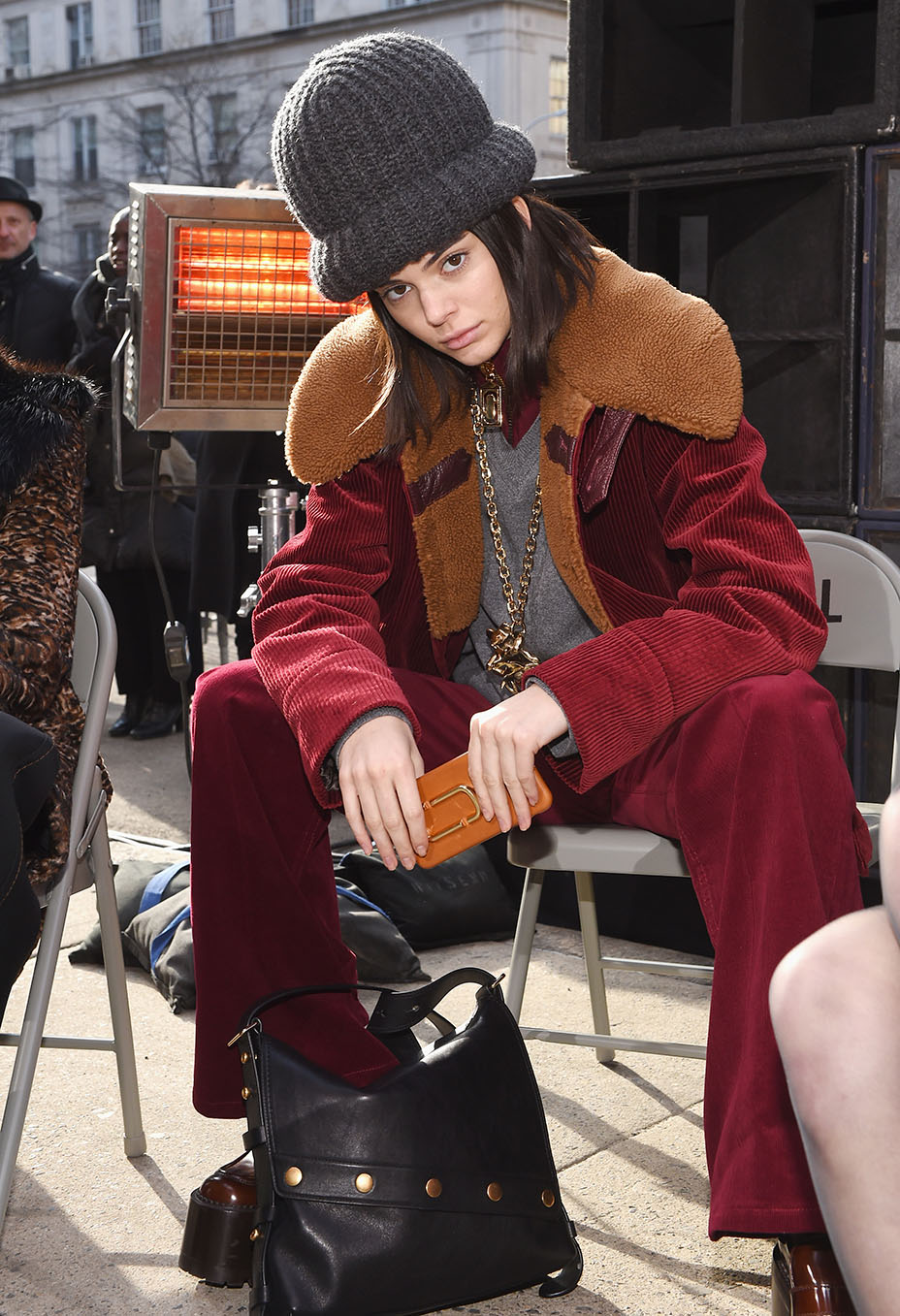 Kendall Jenner was in her natural habitat on her phone, and front-row guest Lil’ Kim stopped to pose for the bank of photographers set up outside.

Jacobs had taken his streetwear to the street, and everyone got their photos after all. Unfortunately, it was too cold to stay and listen to the music. The models rounded the corner and headed back inside.

The @marcjacobs streetwear-inspired collection hits the streets after the show #NYFW pic.twitter.com/EEJZDwnLnw