In the lead-up to the opening of Crazy Rich Asians, the first studio film in 25 years to star an all-Asian cast, designer Prabal Gurung, a Nepalese immigrant, was one of several Asian-American designers to host an early screening to help generate buzz.

And Sunday night, two of the film’s stars, Awkwafina and Gemma Chan, returned the favor, sitting front row for his New York Fashion Week show, under a ceiling strung with rainbow prayer flags.

“He’s one of the most thoughtful designers out there,” said Chan, who has worn several of Gurung’s looks during the film’s press tour, during which she’s made a point of supporting Asian fashion talent. “I think he’s really aware of the power of his platform and what he’s trying to do. He’s trying to change fashion for the good from within, and make it more inclusive and more diverse, not just in terms of race but size and gender.”

“When you take a leap to mix politics into your profession, it’s a very powerful move, and he does it right, and I’m here for it,” added Awkwafina. 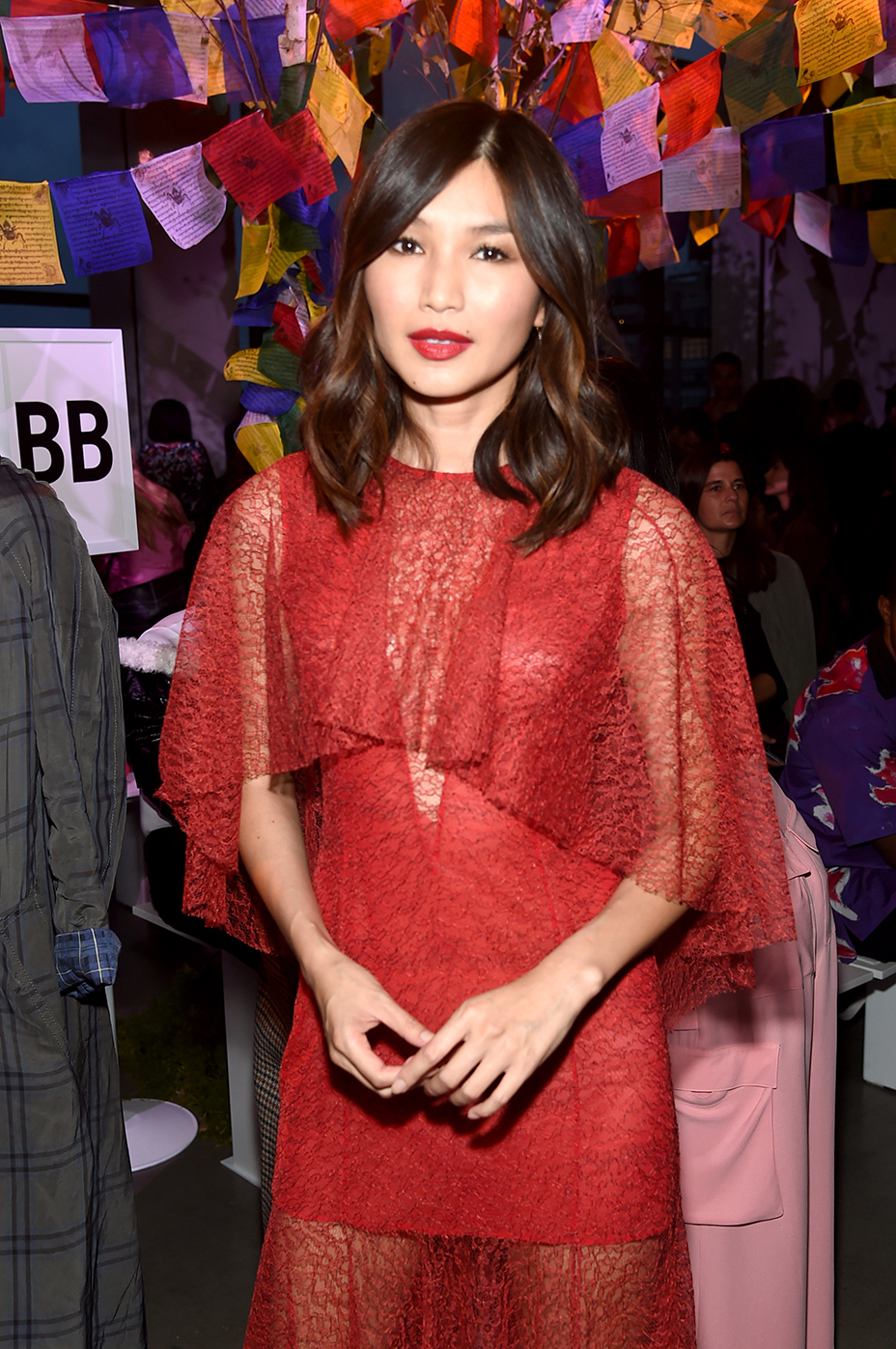 As is his way, for Spring 2019, Gurung was inspired by both where he comes from — including recent travels to the indigenous villages of his native Nepal — and where he is now, striding the big city streets of New York, Tokyo, London and Mumbai. The two melded into an East-West, multicultural melange of color, shape and thoughtful detail, that also marked the introduction of the designer’s first menswear, another personal journey for him. 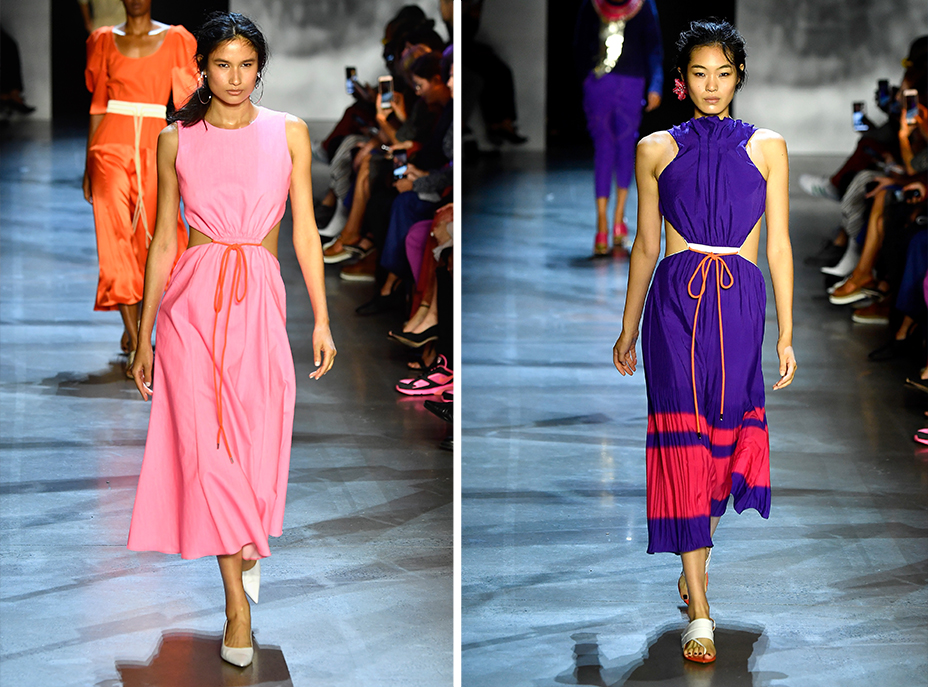 “I constantly borrow clothes from our womenswear collections, and growing up I’d often experiment with mixing menswear and womenswear to tell the story that I felt visually represented who I was,” Gurung wrote on Facebook. “I’m lucky enough to come from an open-minded family who not only accepted this, but also encouraged by to discover myself through this medium.” 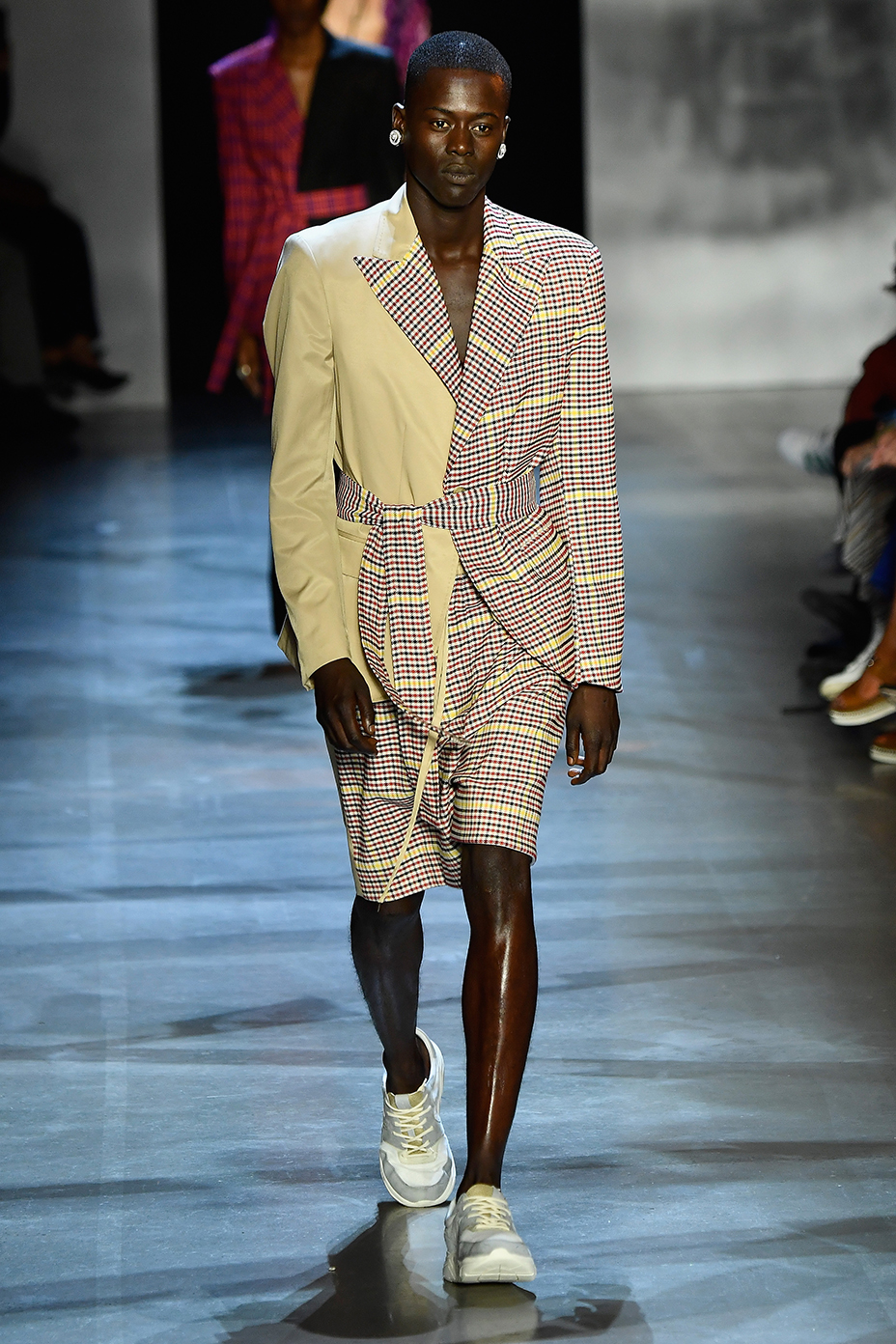 Over the past few seasons, Gurung has zeroed in on several familiar brand signatures for women, among them a side-cutout dress that looks good on almost anyone, a dropped-crotch jodhpur pant, and an artisanal-looking sweater. He rendered them all beautifully here, and managed to give the collection a more accessible edge by adding sportier elements, including oversize windbreakers, denim drawstring skirts, cargo pants and colorful ribbed knits. 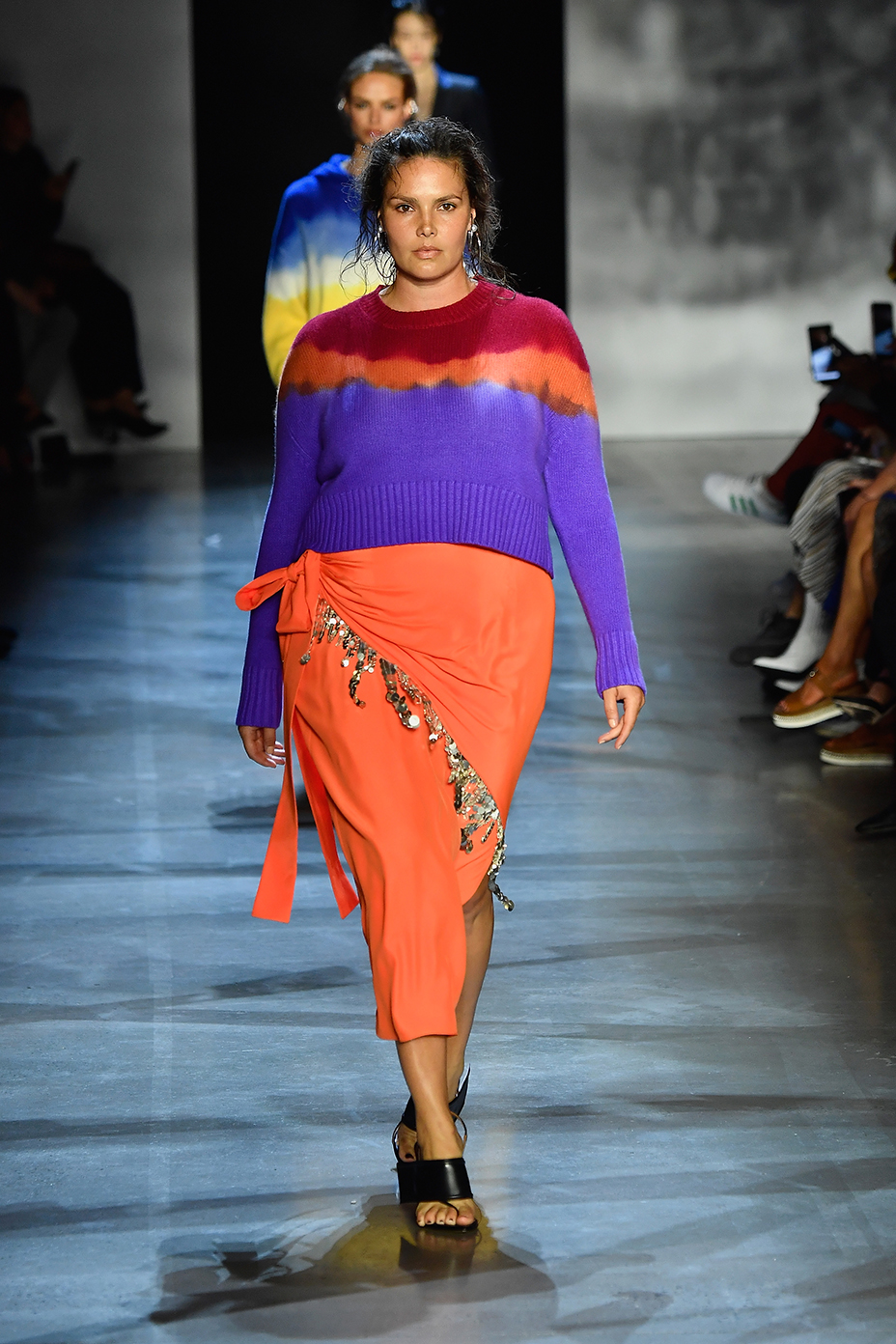 You saw the influence of an Indian sari on an orange sarong skirt, edged in gold coins, worn with a cropped, color-saturated purple-and-orange, hand-dyed sweater by plus-size model Candice Huffine, and of indigenous jewelry on a navy cashmere crewneck sweater with embroidered fringed collar. 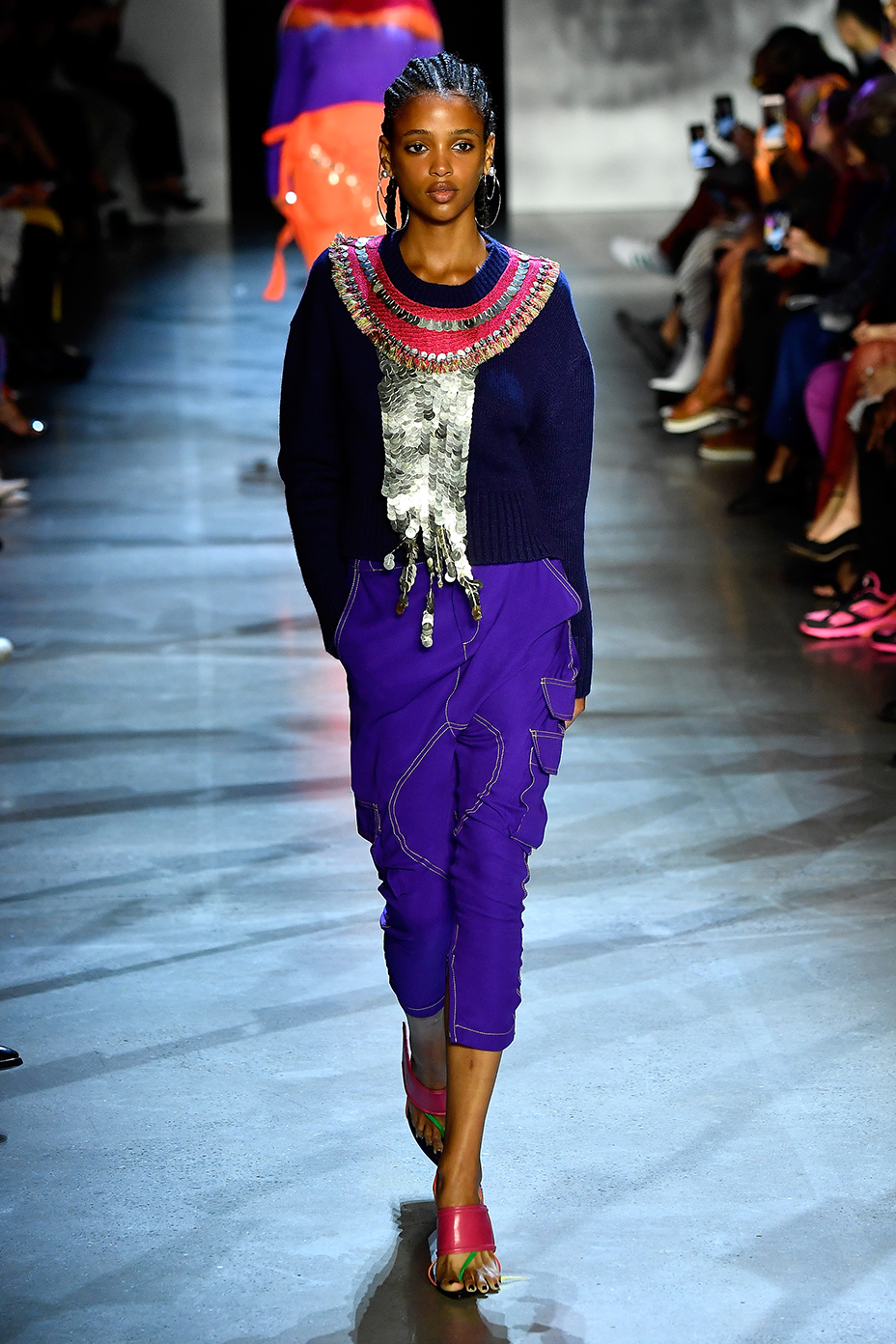 Gurung’s menswear felt natural, not like a forced extension of the women’s, with Savile Row-inspired checks and plaids blended into more urban shapes, such as bomber jackets, bowling shirts and oversize belted blazers worn by both male and female models, as an expression of the “cultural shift where traditional roles, gender and identifiers are breaking down,” he wrote in the show notes. 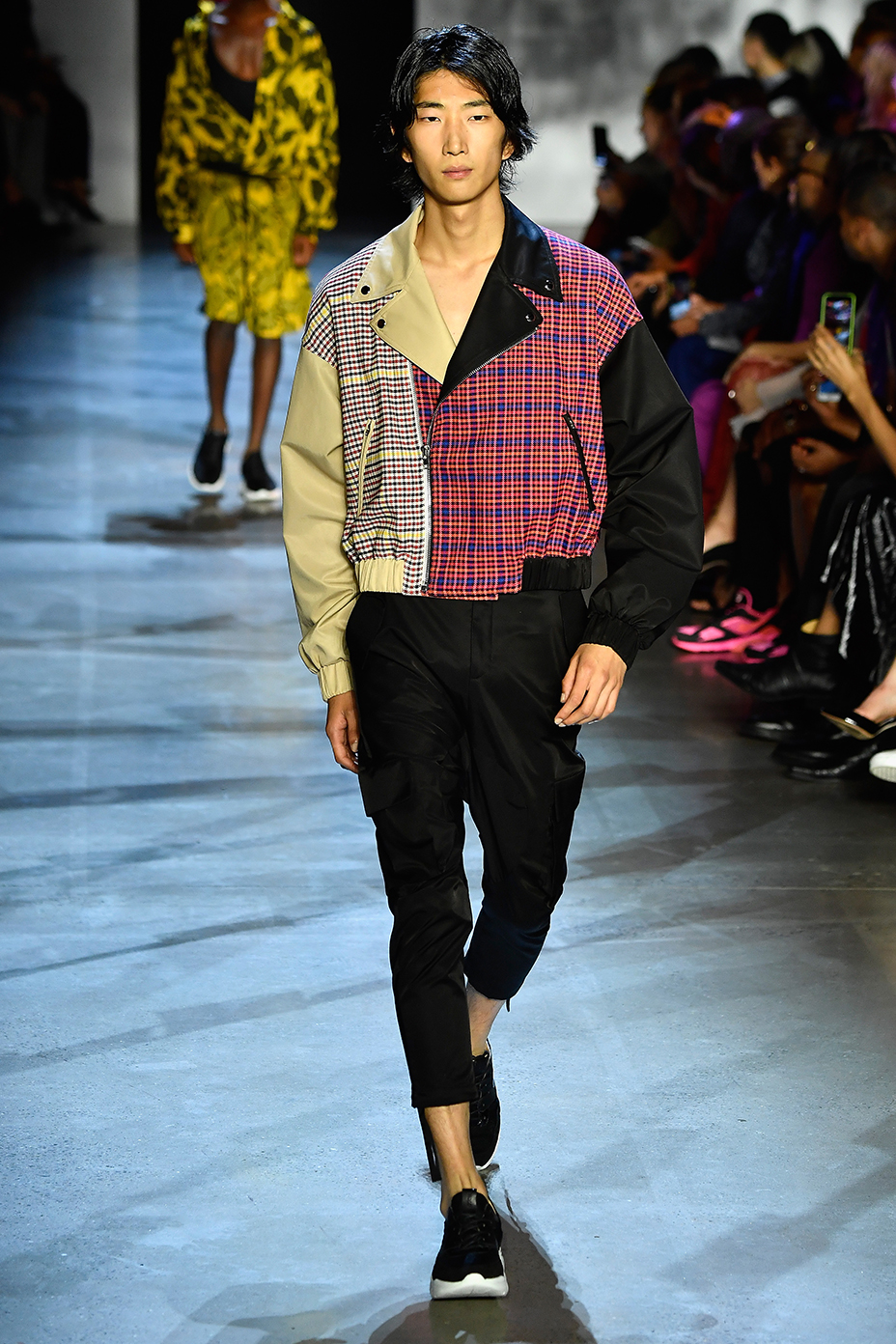 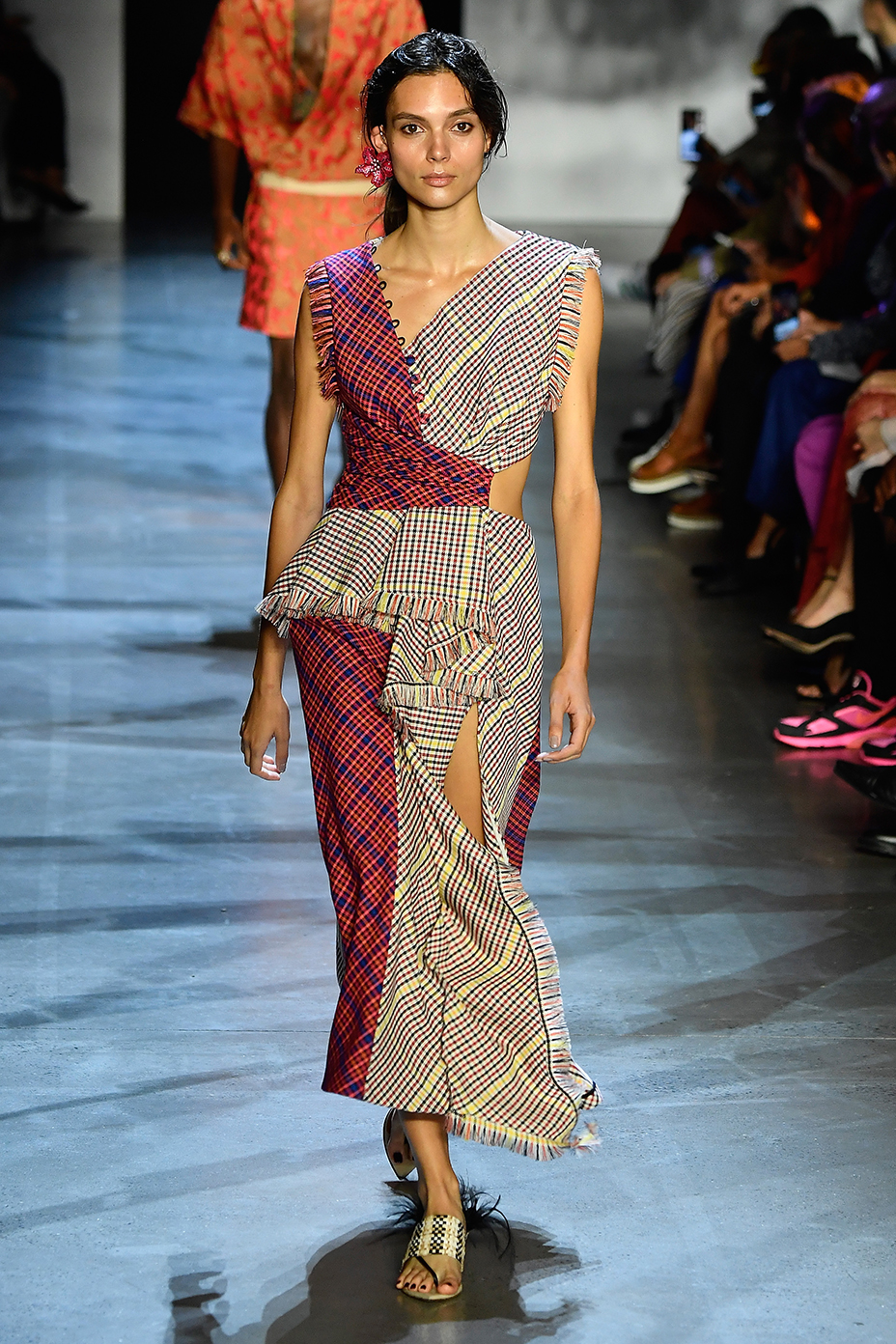 As you would expect from a designer who has been a go-to for politically woke actresses on the red carpet, including Tracee Ellis Ross, Ruby Rose and Chan, there were evening options aplenty, in hand-painted velvet devore, micro-sequins and dotted with colorful feathers, hammering home Gurung’s vision of individuality. 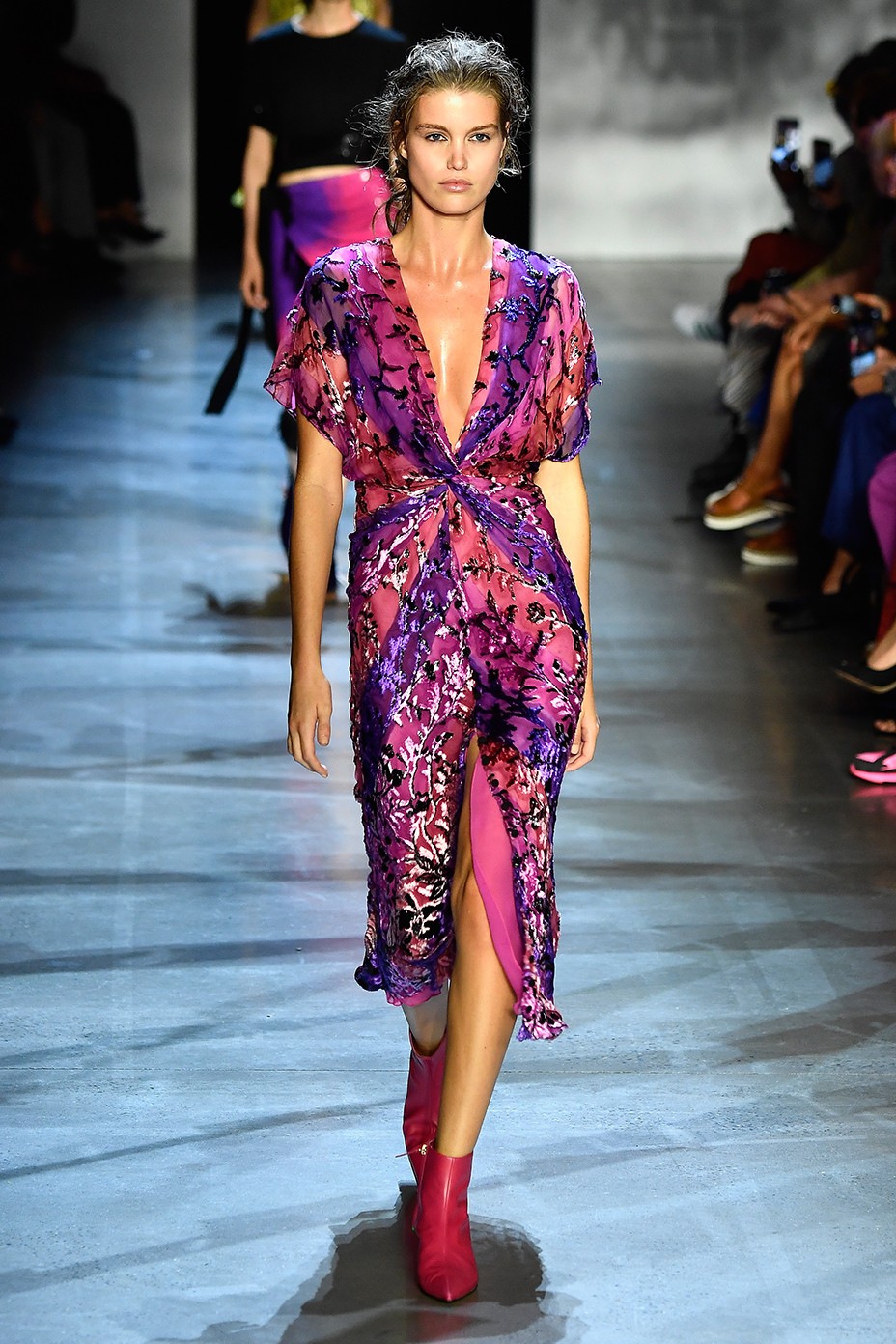 Each model was listed in the show notes by name and heritage — Palestinian-Dutch, Ivorian-Canadian, Nigerian, Australia-Aboriginal and more — to illustrate how Gurung’s America is a mix of them all. After a finale, set to Bruce Springsteen’s hopeful anthem, “Dream Baby Dream,” the designer took his bow wearing a T-shirt with a single word message: Vote. 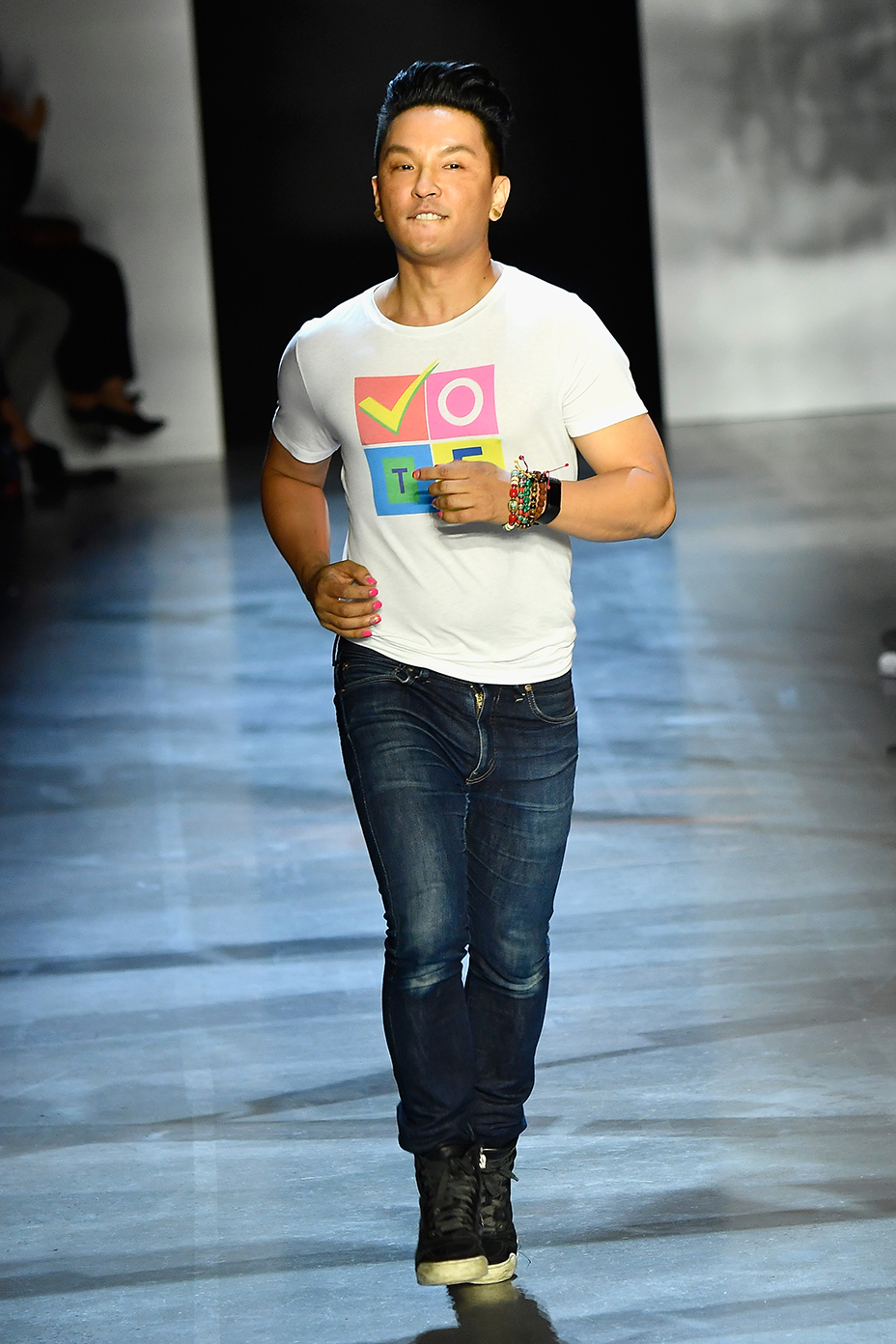 Laurie Brookins contributed to this report