Cuffed shorts worn with razor-sharp tailored blazers? High-cutout swimsuits and low-slung jeans? Sheer, ruched gowns ready to hug every movie-star curve? Tom Ford seems to be in an L.A. state of mind, judging from his spring 2018 runway collection, which kicked off New York Fashion Week on Wednesday night at the Park Avenue Armory. It’s the first time he has shown since moving back to the West Coast after six years of living in London. 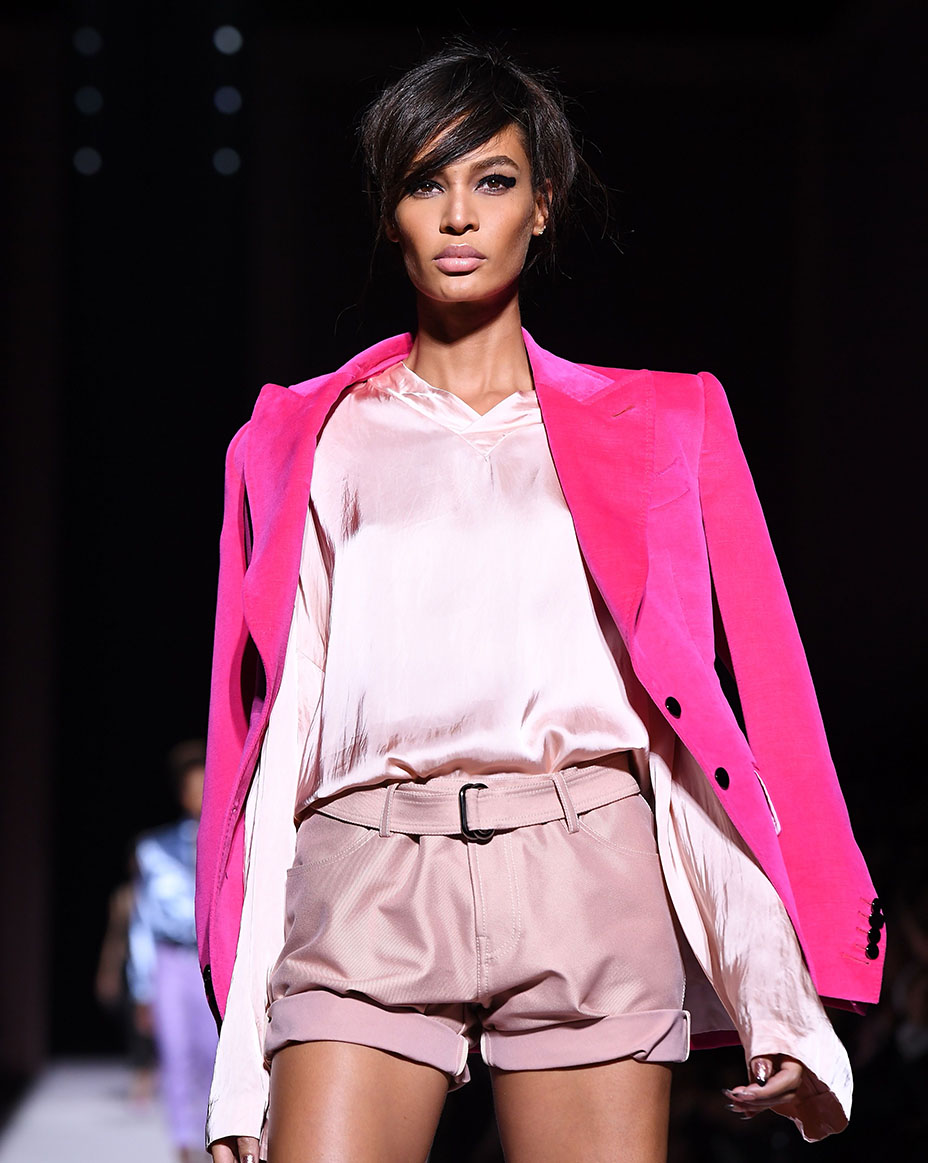 The former military barrack was bathed in soft pink light for the 8 p.m. affair, and guests were greeted with trays of champagne and a branded “Tom Ford” step-and-repeat where they could pose for photos, or just gawk at those who did, Hollywood-style. 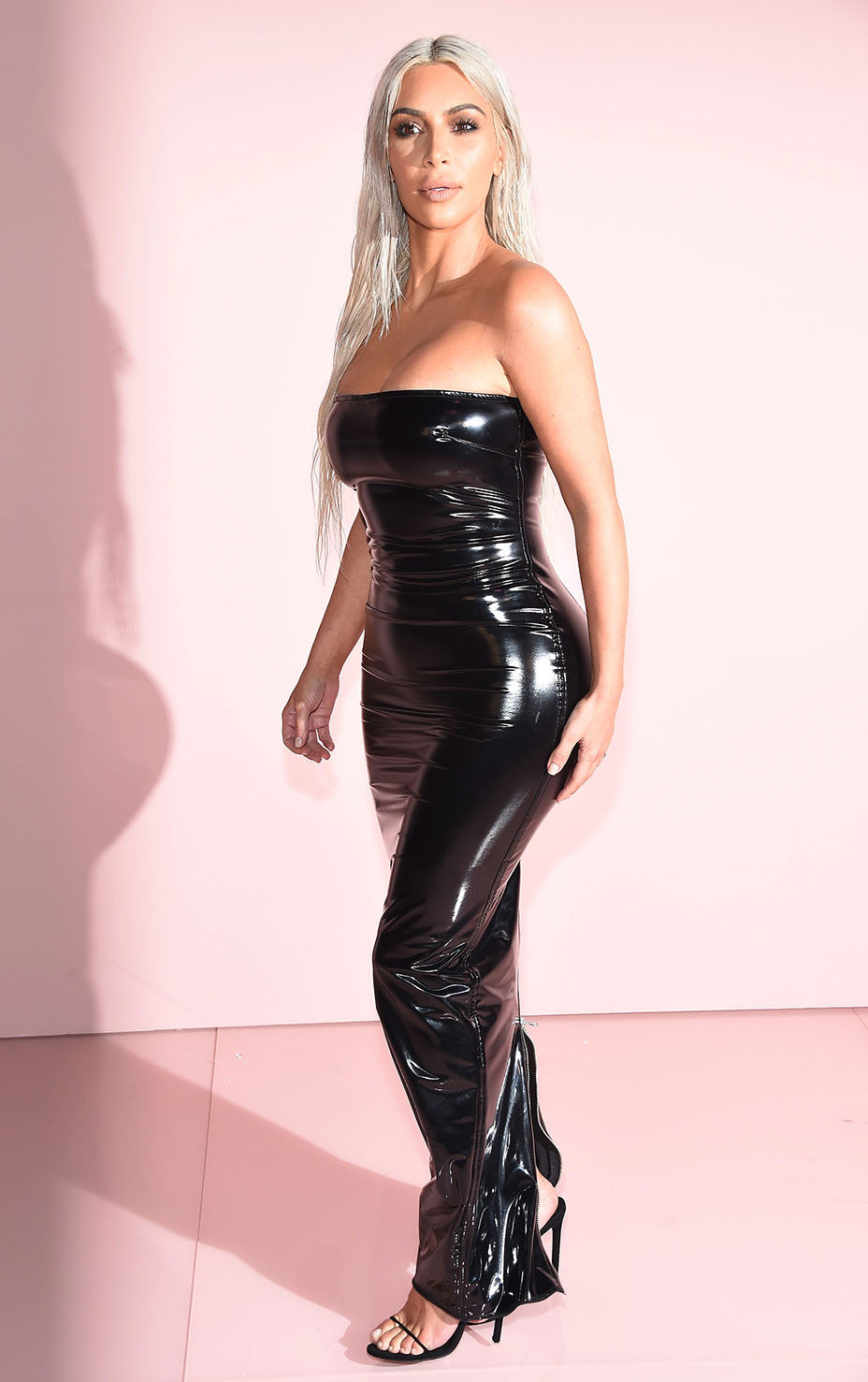 Kim Kardashian (in a skintight black leather dress and platinum locks), a fan-wielding Chaka Khan, Magic Johnson, Ciara and Julianne Moore, fresh off the plane from the Venice Film Festival, were just a few of the bold-facers who came out to support Ford, whose last New York Fashion Week show, in September 2016, drew an equally starry crowd, coming on the heels of the release of his 2016 film, Nocturnal Animals. 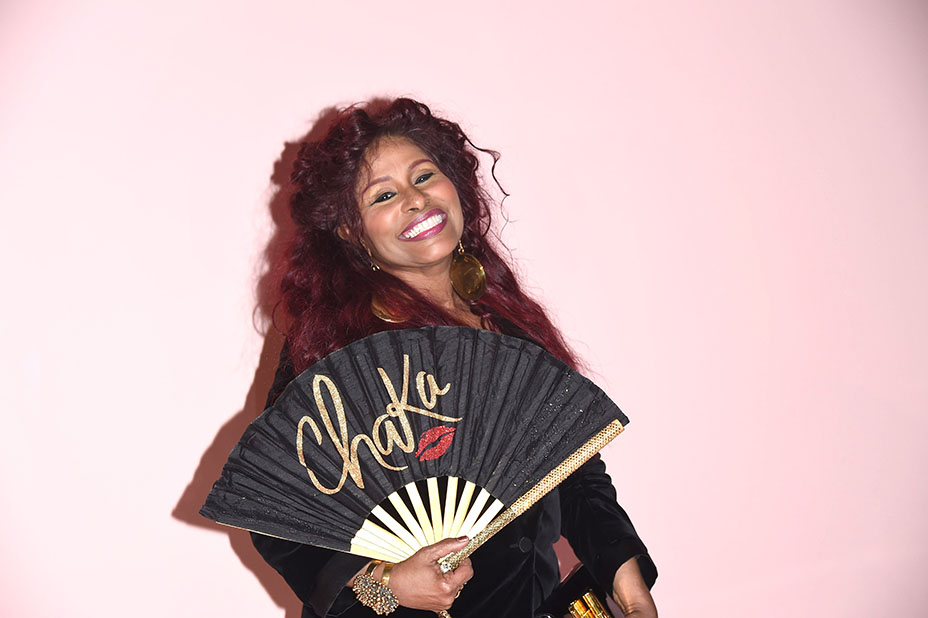 On the runway, it was a who’s who of models of the moment, including Gigi Hadid, Kendall Jenner and Joan Smalls. 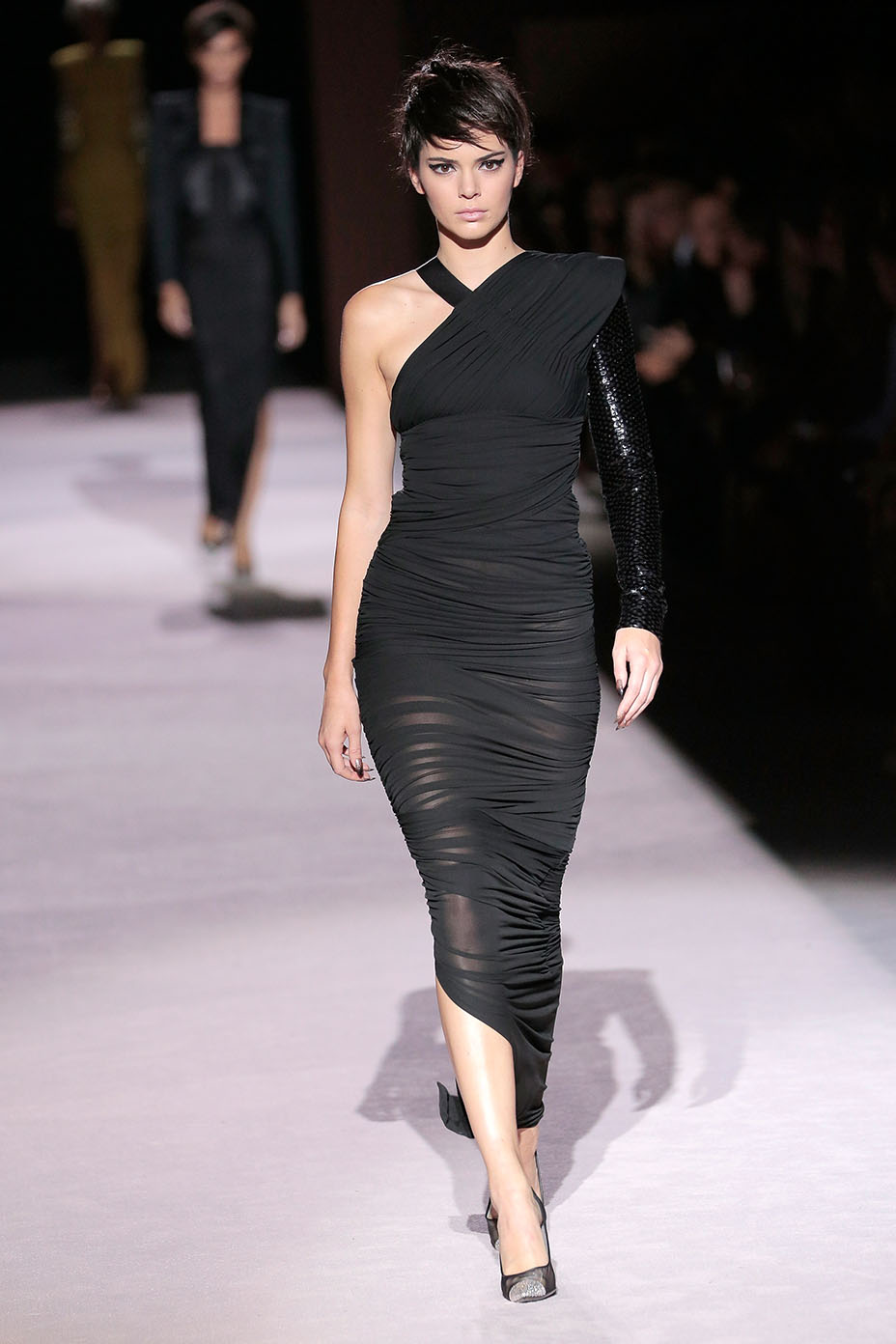 Ford said backstage that the 1980s, stronger shoulders and the former NYC nightclub Area were all inspirations for the collection, which features tailored blazers and cropped jackets; chain-mail T-shirts and bedazzled, barely legal minidresses; and leather jeans and balloon jackets, all in Valley Girl shades of bubblegum pink, dusty rose, lavender, black and white. 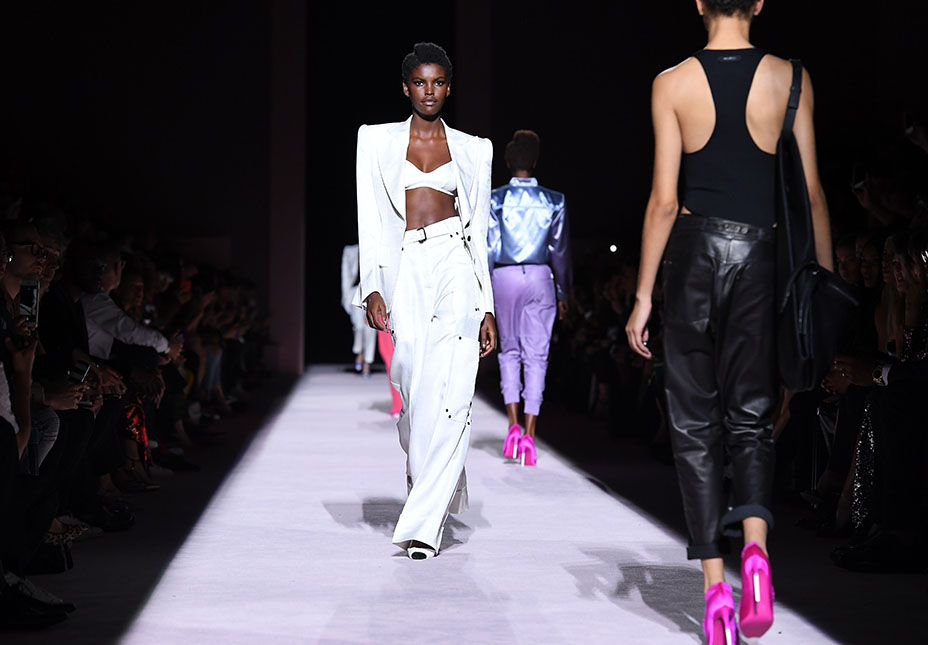 “This collection featured more color and sportswear-inspired daytime clothes, which is what people wear now, not only in L.A., but everywhere,” he said. “And then for evening, our customer needs red-carpet clothes.”

“There was certainly a whiff of the ‘80s, whereas most of my collections are ‘70s and Studio 54, though the waiters outside are very Studio 54,” Ford said of the shirtless, athletic shorts- and socks-wearing beefcakes serving beef burgers and potato chips postshow. The designer is due to release a new fragrance — named Fucking Fabulous — on Sept. 7, so the party was a de facto celebration of that, too. 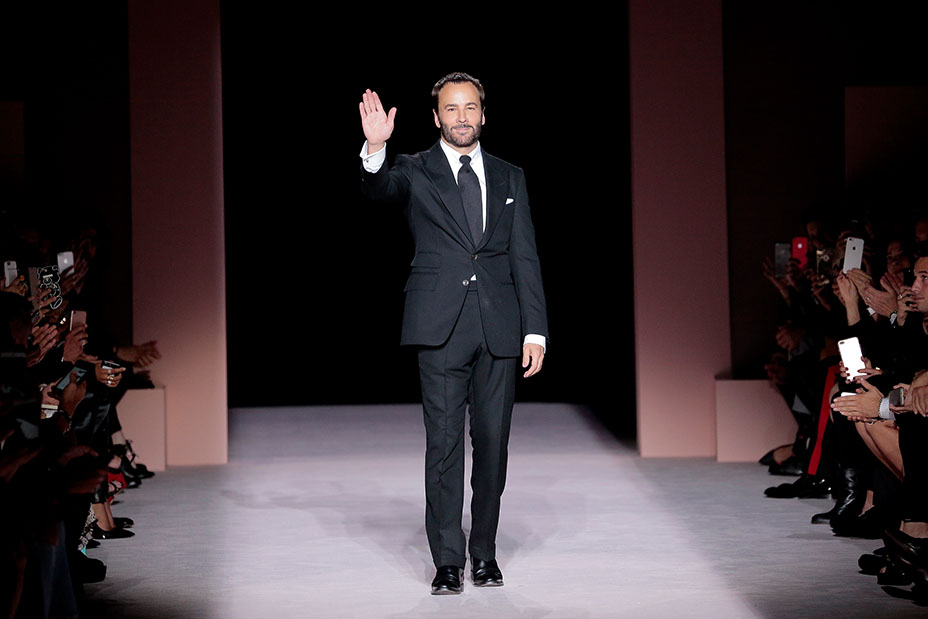 The best part of moving back to L.A., where, over the summer, Ford purchased the famed Bloomingdale estate for $35.7 million as his residence and took over the West Hollywood studio once occupied by Hedi Slimane for his office? “It sounds cliche, but the weather … and the space … and the ability to drive, which I didn’t do in London because I couldn’t deal with the backward thing,” said Ford, “it’s freedom.” 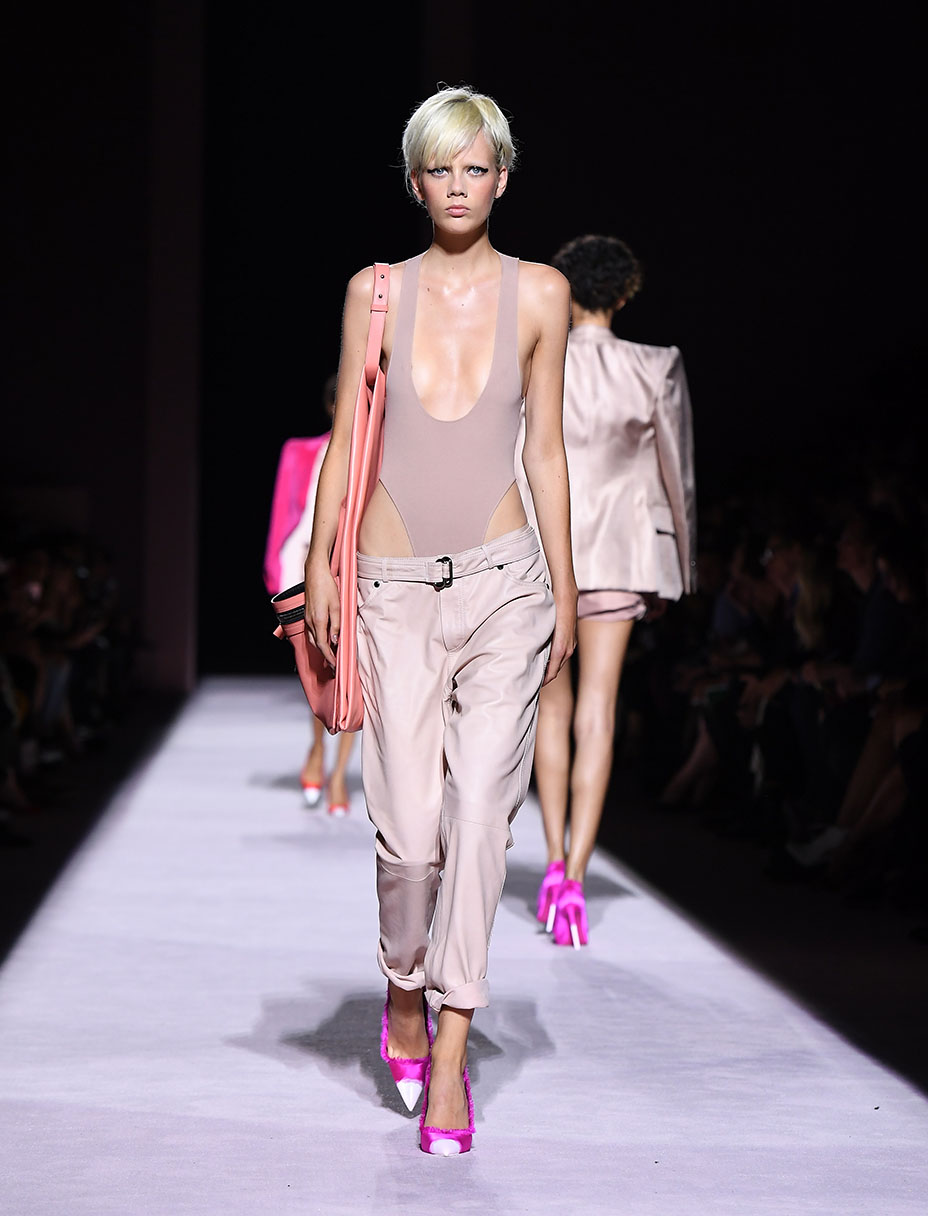