Nicole Kidman arrived in a scarlet hue at the Emmy Awards. 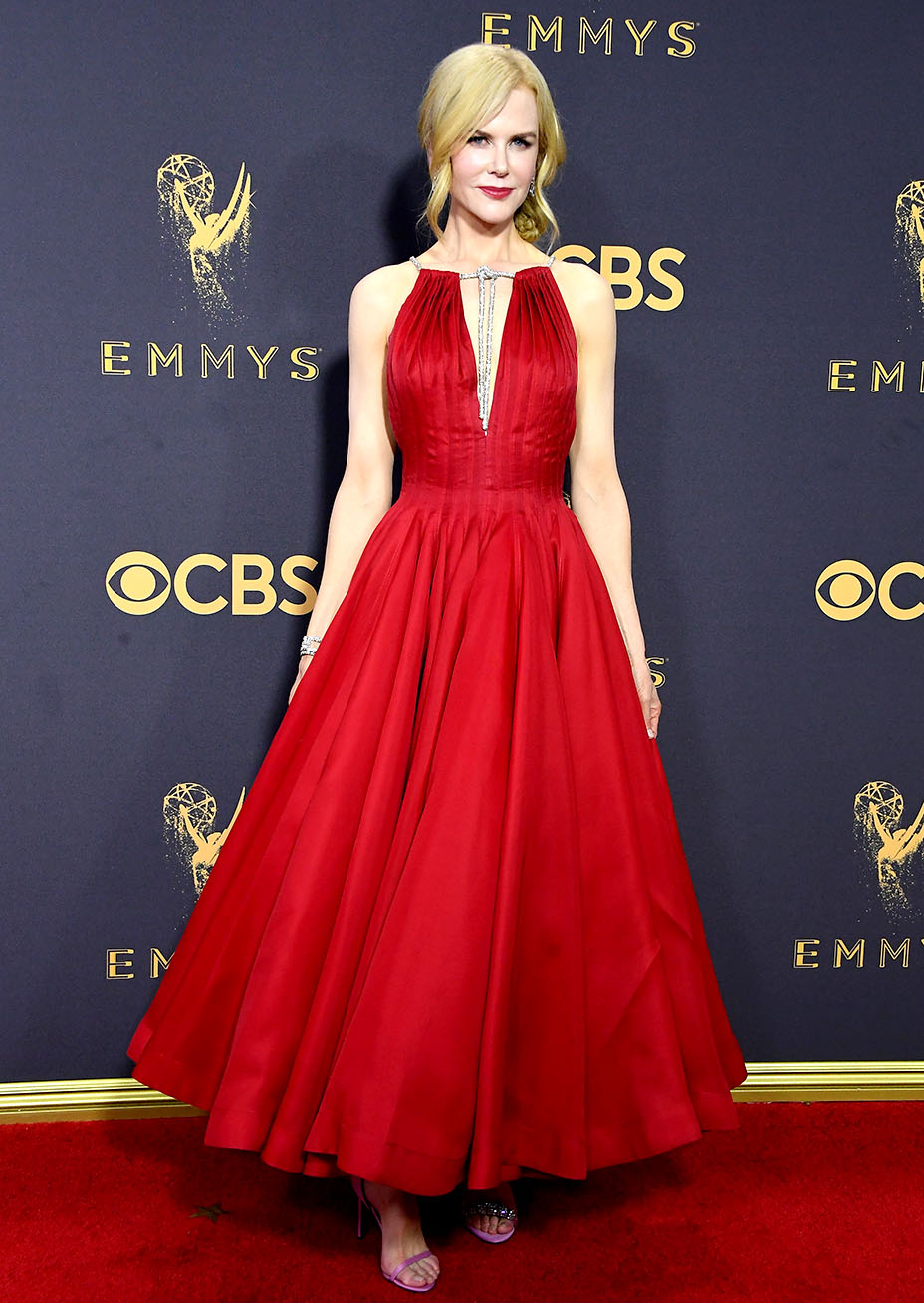 Kidman was accompanied by husband Keith Urban on the red carpet.

The Australian star recently stepped out for the Toronto Film Festival to promote The Upside, in which she stars opposite Bryan Cranston and Kevin Hart.