Move over, Jane Austen. Fresh and filled with lots of eye candy, Bridgerton is not your run-of-the-mill period drama. 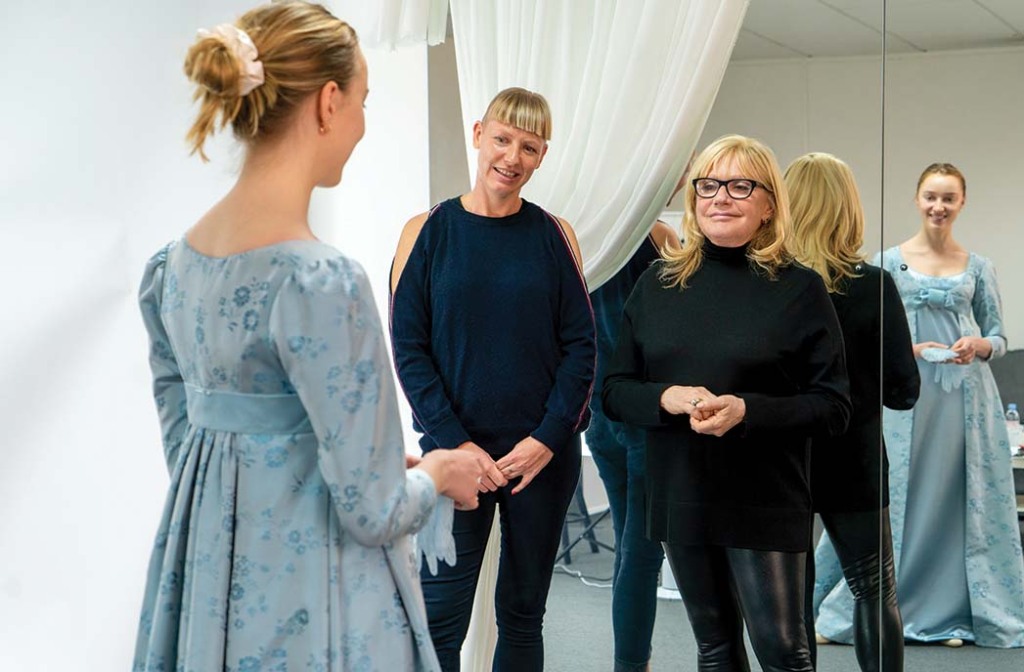 Showrunner Chris Van Dusen looked to costume designer Ellen Mirojnick to reinterpret the period’s frocks with a number of twists. “Our intention was to make quite the opposite of Jane Austen, as the costumes needed to have an aspirational layer,” says the Emmy-award-winning designer (Behind the Candelabra, The Greatest Showman), who oversaw a staggering 7,000-plus items designed from scratch, so many that they warranted their own costume house. 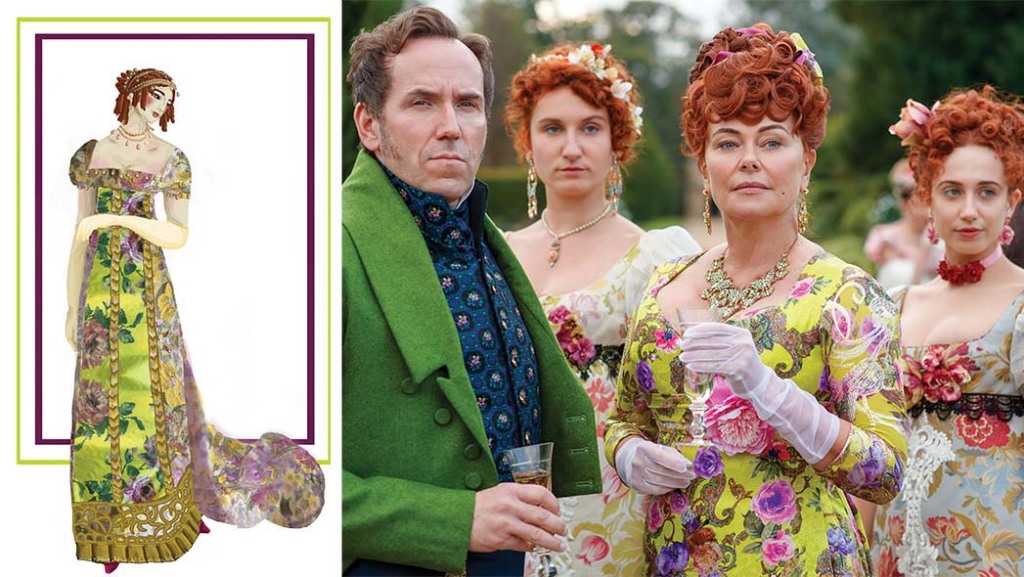 Mirojnick began with a slight reinterpretation of the Regency period’s classic hallmark, the empire silhouette, making it very slim, which accentuates the cleavage. A color palette centered on a serene and soft pastry blue dictated the wardrobe for the Bridgertons, particularly daughter Daphne (Phoebe Dynevor). By contrast, the Featheringtons are clad in acidic green, yellow and orange in bold patterns. And no bona fide costume drama would be without a corset; the ones in Bridgerton are designed by none other than the legendary Mr. Pearl, who has designed for Thierry Mugler and Jean Paul Gaultier and created a corset for Kim Kardashian West at the 2019 Met Gala. One big departure is the omission of a staple — and fusty — accessory. “You’ll notice,” says Van Dusen, “Bridgerton is a bonnet-free world.” 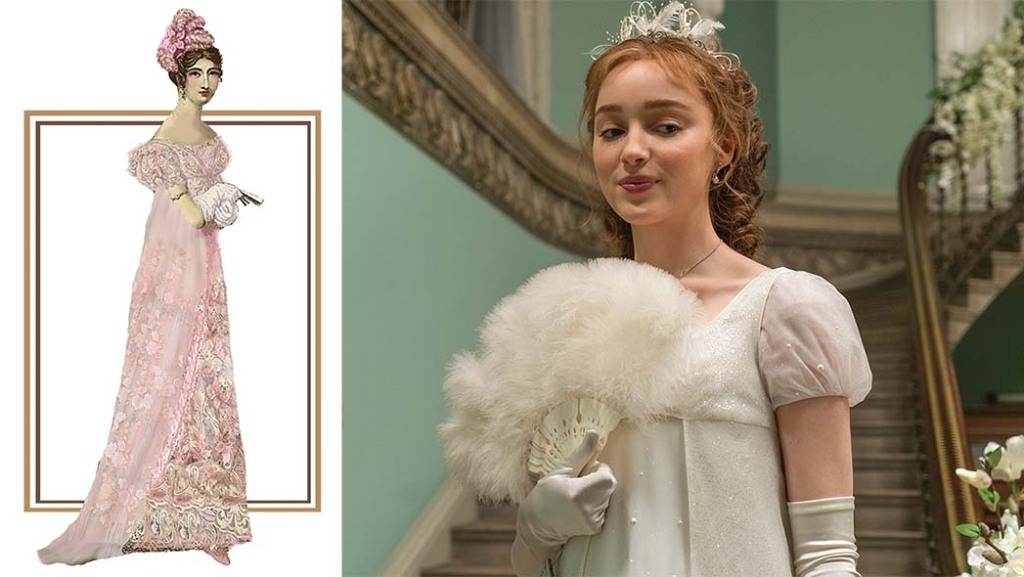