Like a modern-day, style-wise Brady Bunch, the interior designing husband and wife duo known as the The Novogratz  and their seven kids always manage to look camera-ready.

For more than 25 years, Cortney and Robert Novogratz have made a name for a cheerful and affordable design aesthetic they describe as “fun and happy, inspiring but not intimidating.” They’ve written a few books, created a couple television shows (Bravo’s 9 By Design and HGTV’s Home By Novogratz’, designed their own line of furnishings and home decor and teamed up with CB2 and Walmart.

Last December, The Novogratz opened their very first pop-up shop in a rented space in New York City’s Meatpacking District. And now, they debuted their first West Coast pop-up shop in the 1,400-square-foot event space inside Fred Segal on Sunset Boulevard, just a few blocks away from the sprawling 7,700-square-foot 1920s Hollywood Hills home where they moved in 2014, after two decades spent in New York City. 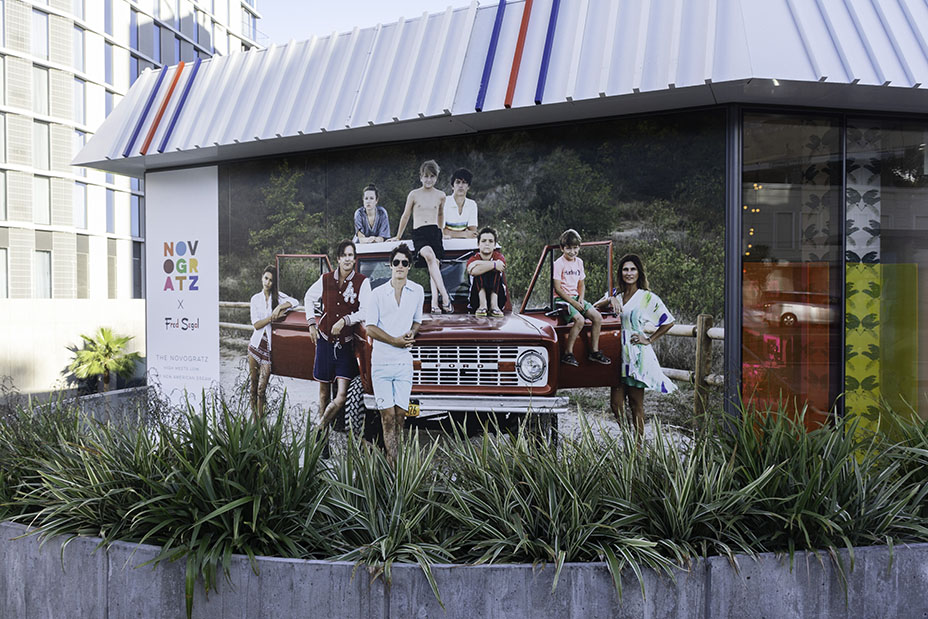 The new pop-up shop features their eponymous, egalitarian furniture and home accessories line that includes beds, sofas, lamps, dining and side tables, chairs, rugs, throw pillows, blankets, wall art and mirrors, turntables, fashion patches with retro flair, candles and a new self-adhesive Tempaper wallpaper collection. Also in the mix are one-of-a-kind vintage furniture and pieces by their friend, British artist Ann Carrington, that ring in from $250 for a limited-edition print all the way up to $75,000. The shop will remain open until July 6. 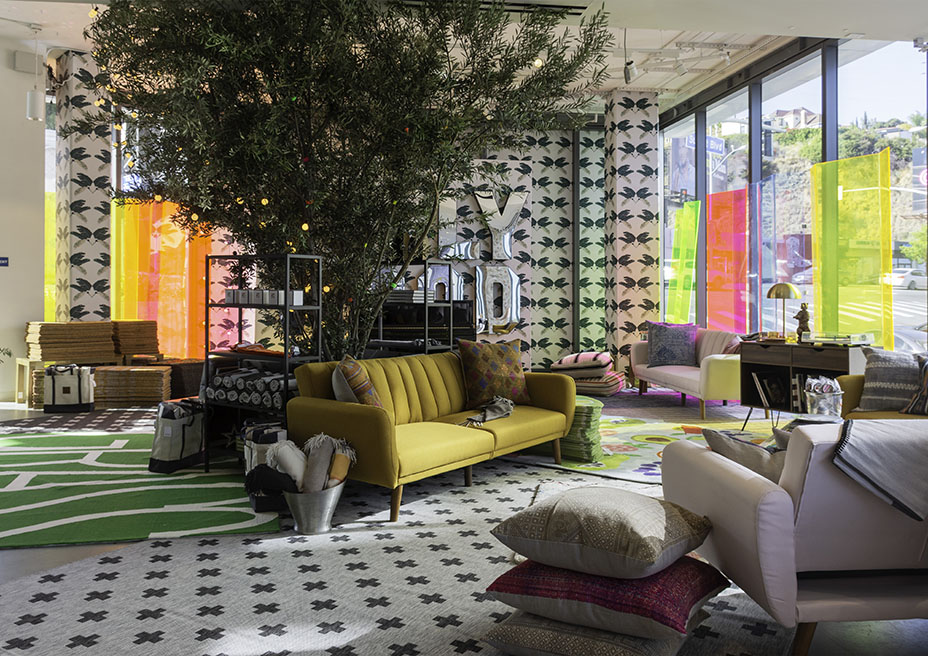 “Our product is very affordable so, even though it’s sold online, we need to have people touch and feel it so they realize the great quality,” said Cortney Novogratz. “Our first pop-up in New York was a big success, so we thought, ‘Why not bring low to Fred Segal in a cool way and do a whole high-low story that mixes new and old?’ I want people from my kids’ ages to my mother’s age to enjoy decorating on any budget. I don’t care if they just got their first apartment with a roommate, or all their kids are gone and they’re downsizing, or they have a family, or have just gone through a divorce. Whatever’s going on, I want them to feel like they can really afford to have a cool home. We have a $225 sofa and $89 dining chairs; our prices are better than Urban Outfitters, West Elm and CB2.” 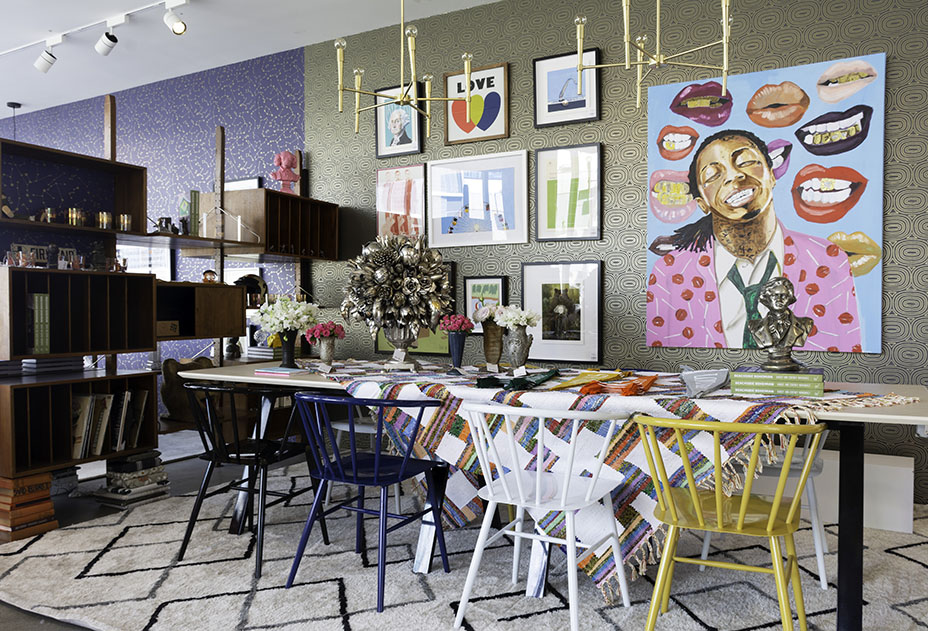 As for the influence of California on their work, Novogratz points to the fruit rugs shaped like slices of orange, kiwi, lemon, lime, avocado and watermelon ($39-$49). “We also did a whole line of shag rugs since moving west that I don’t know I would have used in New York City,” she says. “And there’s a lot of nature inspiration that you can see in the new wallpaper designs [palm leaves, spirit animals, birds and constellations] like the galaxy pattern, because we didn’t see the stars so much in Manhattan!”

“We love their story of mixing high and low,”  says Fred Segal president John Frierson. “There’s a $250 bed with a $20,000 chair sitting next to it. We were friends in New York, so when the Novogratzs came to L.A., I knew they were going to kill it. They’re fearless about design.”