“It’s estimated by 2025, that 98 percent of the fiber on the planet will be synthetic fiber,” Indian mystic, yogi and New York Times best-selling author Sadhguru Jaggi Vasudev told The Hollywood Reporter backstage as New York Fashion Week ended on a surprising philosophical note Wednesday with a group designer show called Fashion for Peace.

Focusing on violence committed against the environment rather than the conflict of war, he had traveled to New York to headline the evening’s showing of four designers (Mara Hoffman, Norma Kamai, Mimi Prober and Sabyasachi Mukharjee) who put sustainability at the fore, invoking the spirit of Mahatma Ghandi in the year of the 150th anniversary of the leader’s birth.

“He was an apostolic face who inspired so many people across the world to find peaceful solutions to very violent problems,” Sadhguru says. “One of those is textiles. Because we want more and more and big and bigger, everything’s become so violent. Bringing back natural fibers is a gentler and more peaceful way of making our clothing.”

Though she wasn’t one of the designers showing, Donna Karan wandered in to support her Indian friend. “I’m not supposed to be here, but I met Sadhguru when he did something for Urban Zen and then I went down to India and I went to his ashram, which is unbelievable,” she says. “I fell in love with his scarves and he says to me, ‘If you come to my ashram, I’ll show you where to get the scarves.’ And the rest is history. Fashion and a higher consciousness — that’s what I’ve been doing my whole life.”

Nearby, another fashion icon, Kamali, was busy creating impromptu silhouettes in pale gauze right on several models. “I got inspired by the fabric and decided that I would just drape it on the spot. So that’s what I’m doing,” she said. “Okay, so how much more can I challenge my 73-year-old-self? But I just spent some time in the Sahara desert and I was so impressed with the simplicity of what a piece of fabric can do, either to protect you from the sand and the sun or just wrapped and looking magnificent. Fantastic.” 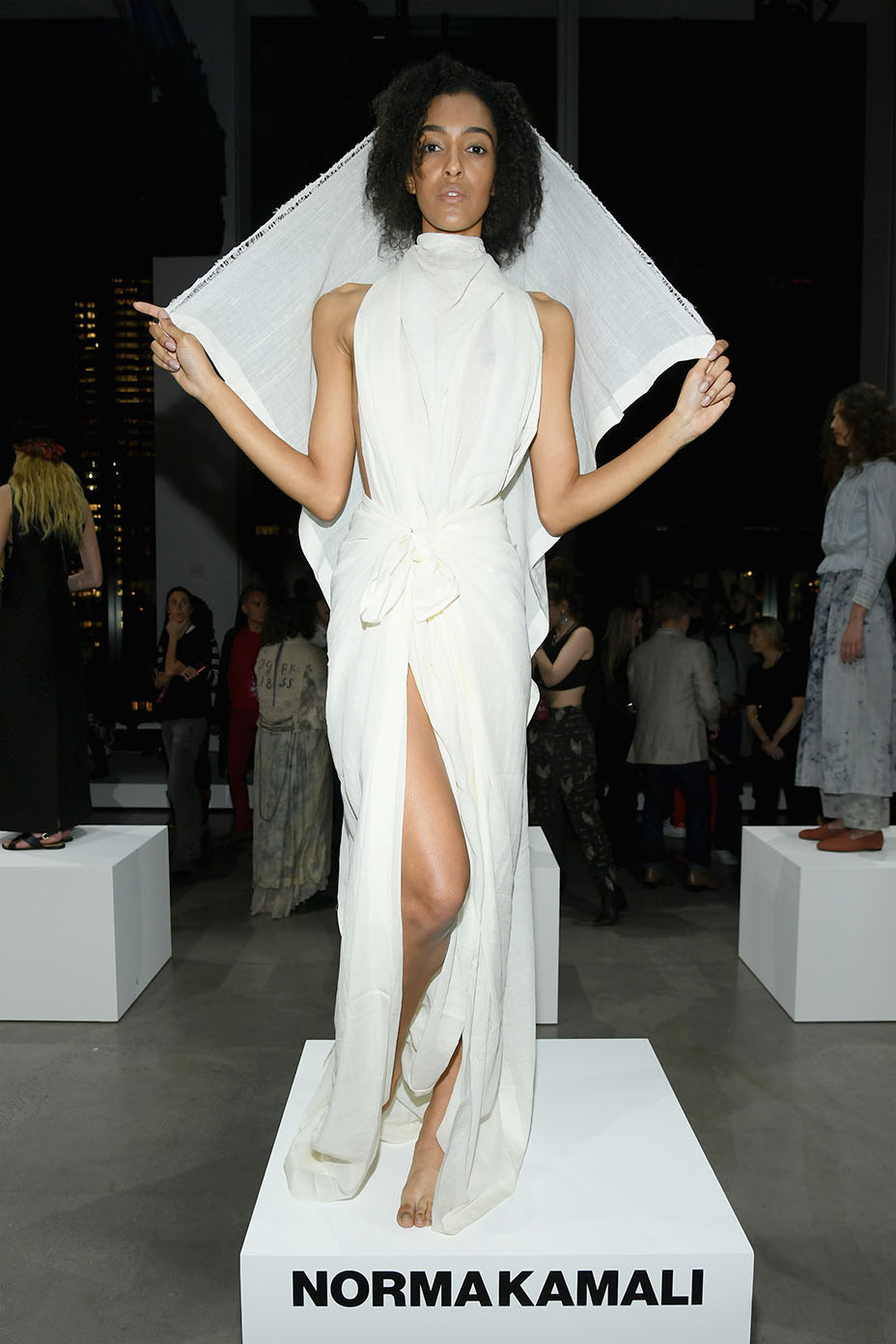 Fellow New York designer Hoffman (known for her colorful beachwear, with many styles crafted from the recycled bottle fiber Repreve, which earned her the brand’s Champions of Sustainability Award at New York Fashion Week) says she completely overhauled “every aspect” of her business about four years ago when her company celebrated its 15th anniversary. 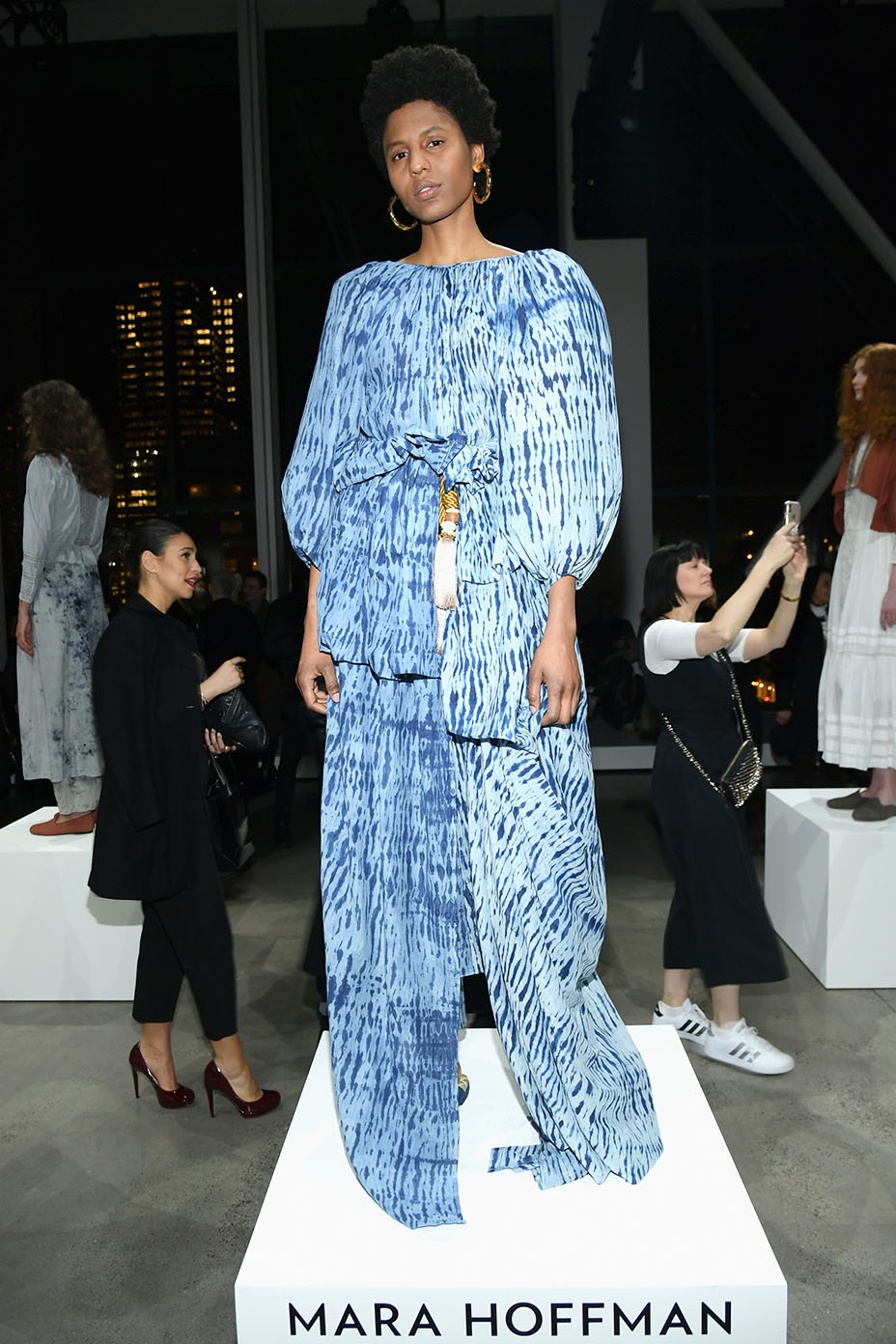 “We changed all our fabrications. For our swimwear we switched out of conventional poly nylons to all recycled, post-consumer plastic bottle materials,” Hoffman notes. “We shifted from conventional cotton to certified organic cotton and our cellulose fibers to responsibly sourced fiber — every fiber switched. And then we looked at our manufacturing partners and our dyes and even our printing.”

Joni Mitchell’s “Big Yellow Taxi” swelled as the program started and the crowd surged around Sadhguru and the models on their cube platforms in the looks from Kamali, Hoffman, New York-based designer Mimi Prober (who incorporates antique textiles and natural dyes into her designs) and Indian fashion designer Sabyasachi Mukharjee, who has long championed sustainability and crafts his own elaborate fabrics — making headlines recently for dressing Priyanka Chopra in a couture lehenga that took 3,720 hours and 110 embroiderers to make for her Hindu wedding to Nick Jonas. 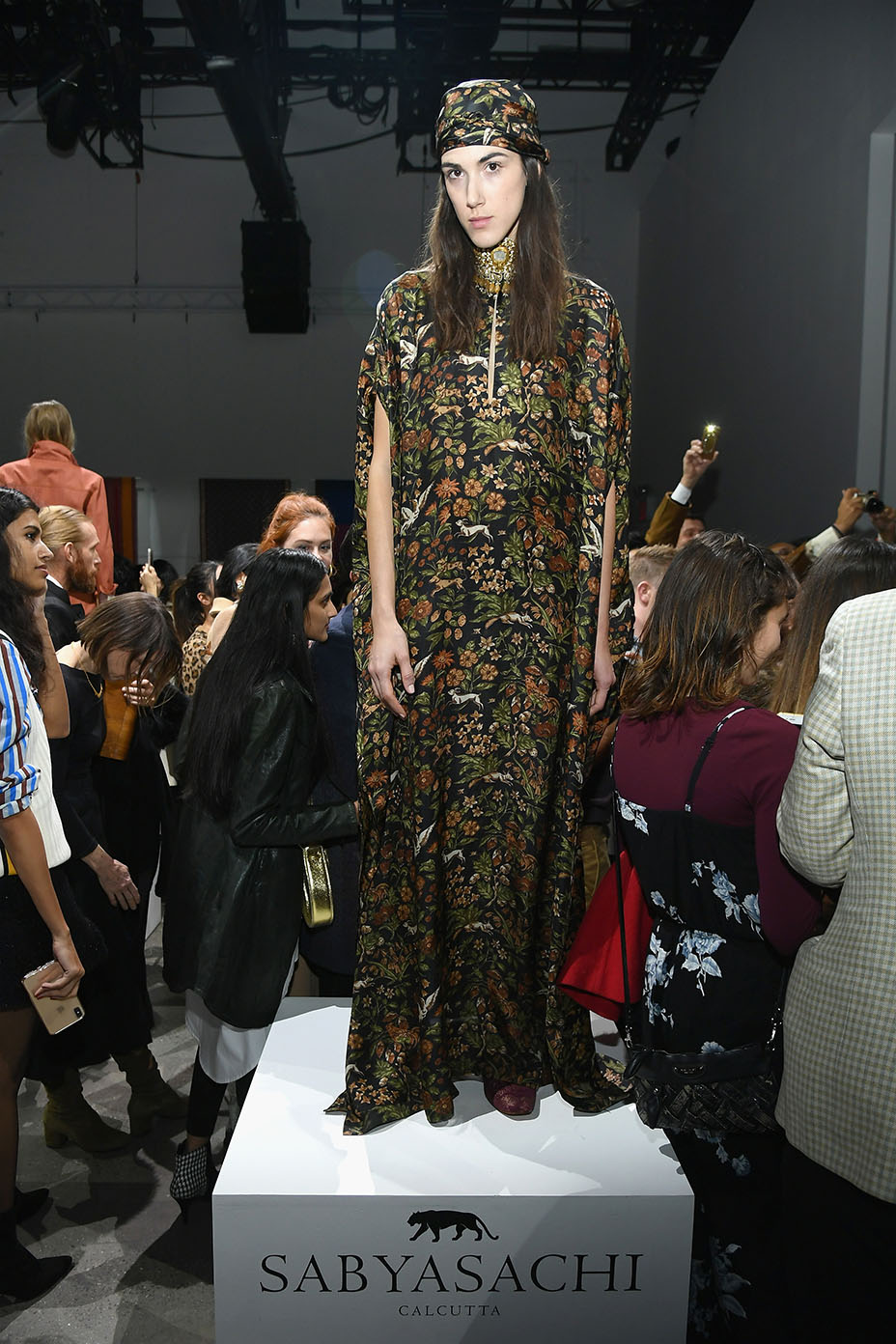 Singer Taylor Dane, slipping through the crowd, says she shares Sahdguru’s concern: “I have two kids and we just did a trip to the Amazon and it was the most incredible thing — and what this gentleman is speaking about and where he’s coming from on all the plastics out there — oh, my God. I’m working with a bra company and we are going to recreate the way you look at them. So many of the closest things to your body are made out of plastics. I hope I can be a part of one of the products that can help.” 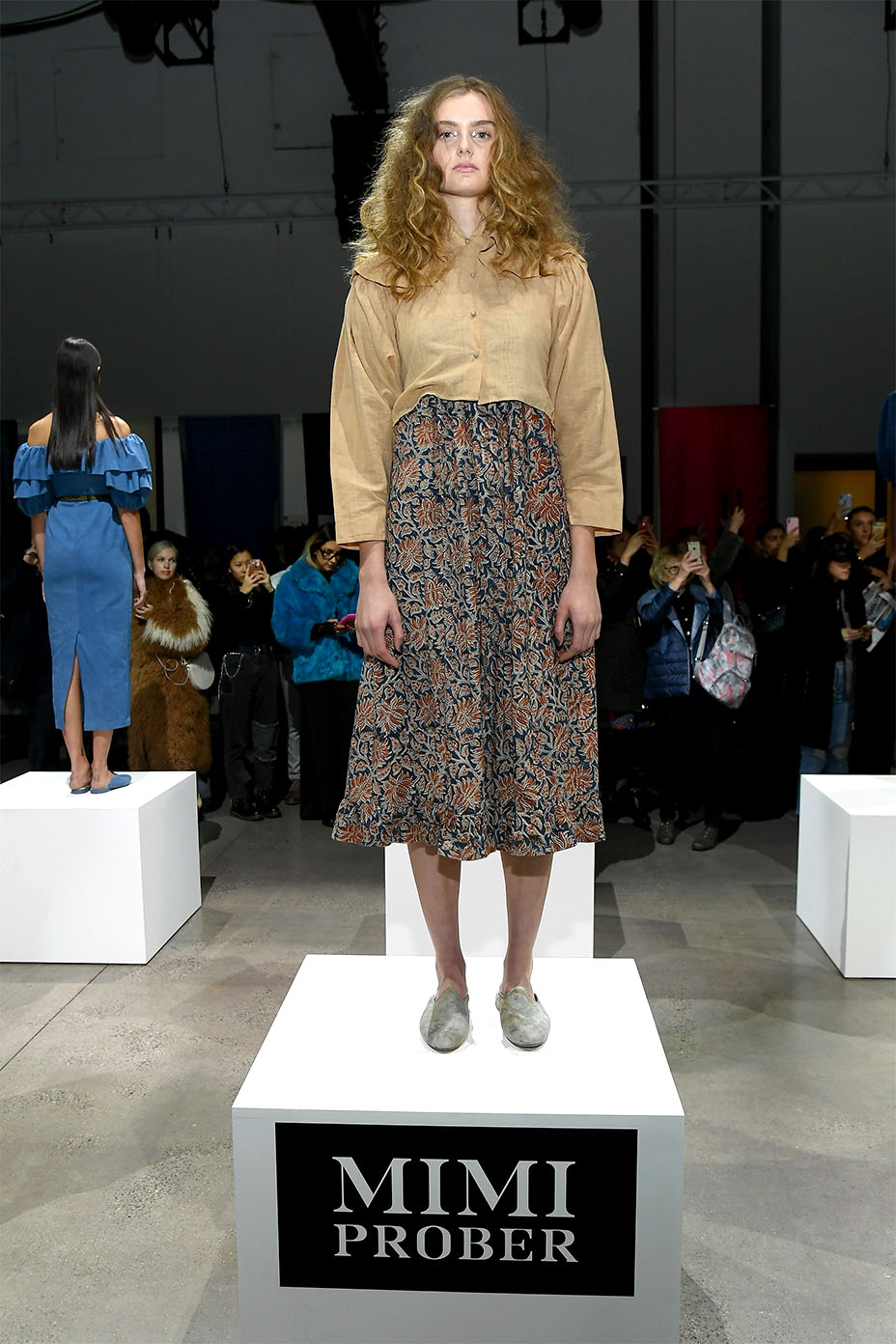