Ruth E. Carter looked around the fifth-floor space at New York’s Spring Studios, where roughly 30 costumes from her 30-year career were arranged in a half-dozen vignettes, and she couldn’t help but appreciate the full-circle moment. “I beat these streets for years, looking for costumes, creating costumes for Spike Lee, riding the subways of New York as a stylist, as a costume designer,” Carter said. “I did everything in this city, so coming back here with my clothes and my exhibition is a really proud moment for me and is all about coming home to the city that I love.” 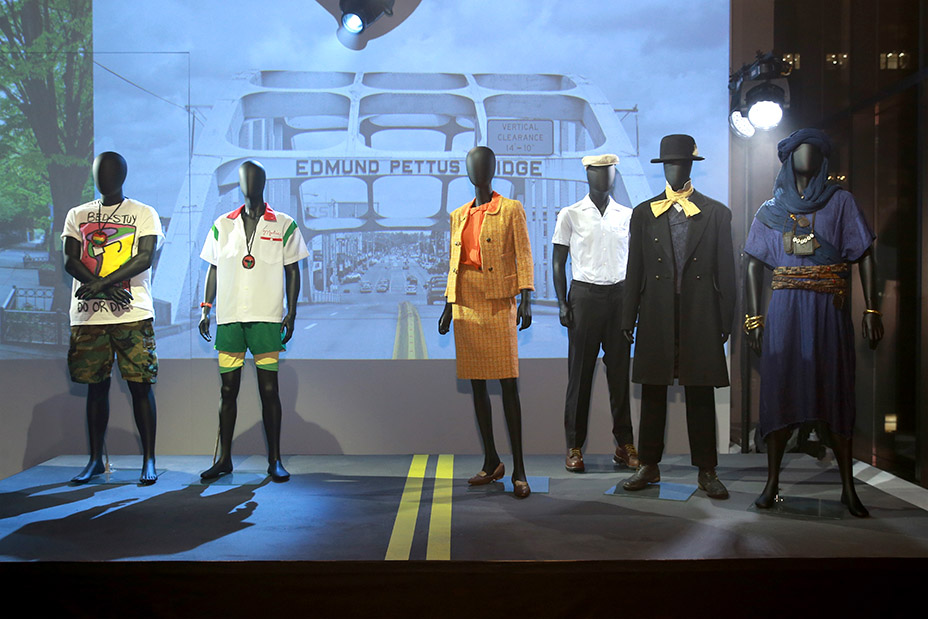 Carter is currently enjoying high-wattage attention largely due to her Oscar-nominated designs for 2018’s Black Panther – a “Heroes and Sheroes” exhibition featuring her work has been touring the U.S. since that film premiered last February (pieces are included in the 27th annual “Art of Motion Picture Costume Design” exhibition at  L.A.’s Fashion Institute of Design and Merchandising through April 12). Wednesday night’s event, which doubled as a kick-off party for fall 2019 New York Fashion Week, highlighted the marriage of film and fashion woven through the thread of Carter’s designs.

“Every time you go to a fashion photo shoot, you’ll find inspiration images on the wall, and many times they come from film,” noted Ivan Bart, president of IMG Fashion. “When I first met with Ruth [in November], I told her, ‘You have to understand, you’re inspiring a whole new generation of fashion designers.’ I wanted to create an event that showcased that combination of inspiration and aspiration, and how that extends to interpretation.” 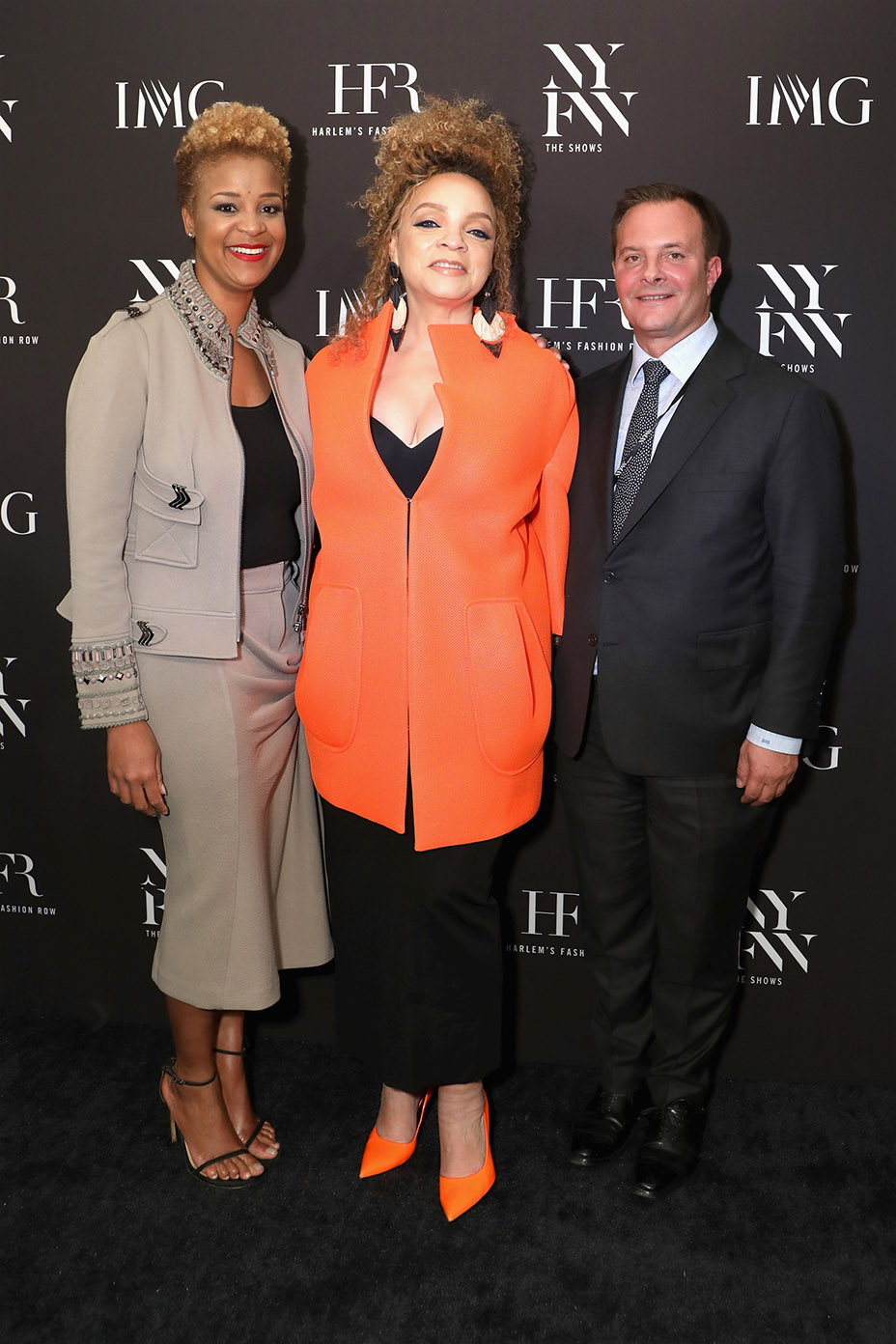 Bart partnered with Harlem’s Fashion Row, the organization that works to increase visibility for multicultural designers, and enlisted British stylist Ibrahim Kamara to create looks head-to-toe inspired by the range of Carter’s designs, dating to her first film, the 1988 blaxploitation parody I’m Gonna Git You Sucka. The result was a group of six vignettes populated by live models and mannequins: Carter’s yellow suit from that film, complete with goldfish shoes, was placed alongside a model wearing Kamara’s modern interpretation of the look in a vignette titled “Fly Guys.” 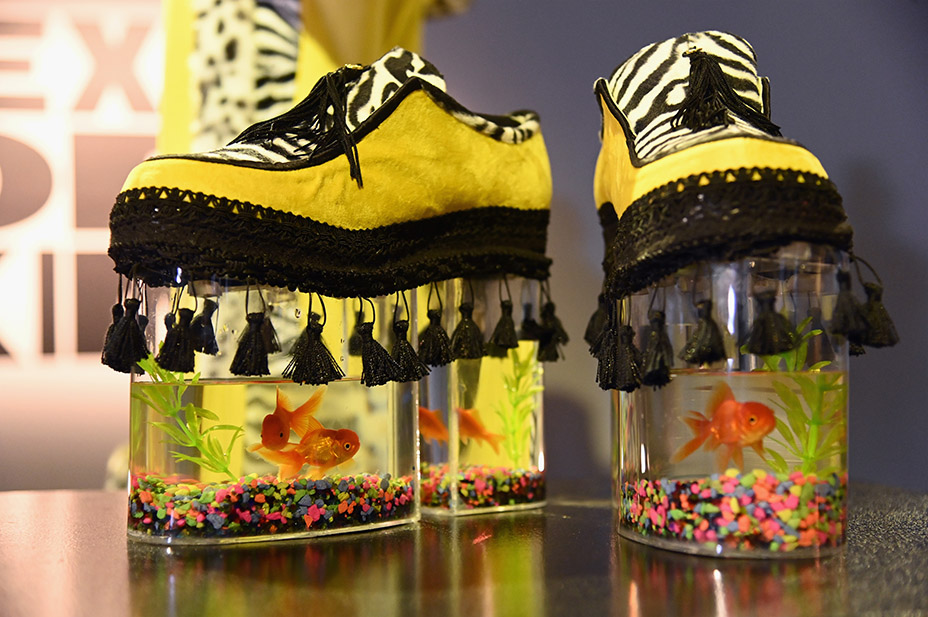 Other themes ranged from “Women in Protest,” which included Carter’s designs for 1992’s Malcolm X, 1989’s Do The Right Thing and 2015’s Chi-Raq, to “The Bad Boys,” which featured pieces like the Giorgio Armani laser-cut leather coat worn by Samuel L. Jackson as part of Carter’s work in 2000’s Shaft.

A vignette titled “The Hero”  extended beyond a look worn by Chadwick Boseman in Black Panther to include Carter’s designs for Denzel Washington in Malcolm X and David Oyelowo as Martin Luther King in 2014’s Selma. Kamara took those ideas and created a modern-day LGBTQ freedom fighter in a silk white suit with a printed overcoat. 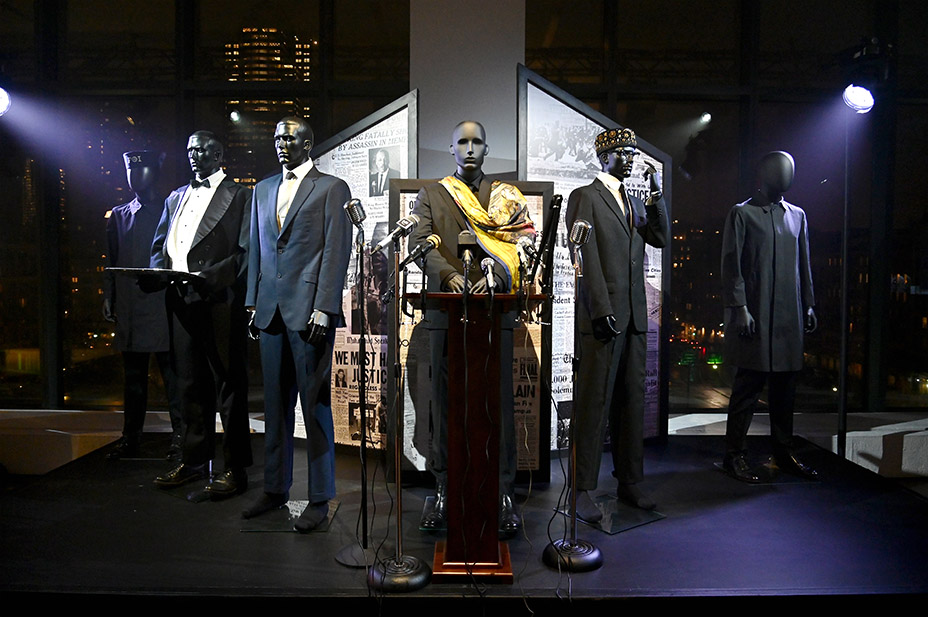 “Ibrahim is so humble, and he’s a genius,” Carter said. “There were no egos here; we appreciated each other. I know I pushed him and inspired him, and he inspired me with his quiet confidence.”

Of course, that begs the question: Who or what inspires Ruth Carter? You only have to look at her work to know the answer. “Some people think I got into costume design because I love Dior and Chanel and Tom Ford, but it really was these stories of African-American culture, this story of our journey,” she said. “When I started, I didn’t see very much of us, and I really in my heart wanted to tell my stories. Tonight is the result of 30 years of hard, hard work.”

As for her own gown on the Academy Awards red carpet, Carter told THR on Saturday that “it’s a dress that’s going to be following me and it does include a special neck piece.”  Last night, she added that the look will directly tap into her work: “I’m going to wear something Wakandan.”